Salafi Jihadist says next 9-11 will be worse as USA says Aug. drone attack on Muslim kids was OK

“In what could only be described as a rage,” reports Behar Abbasi, nurse practitioner Gracie Edwards said she wants heads to roll for the massacre of the seven children.

Ms. Edwards told FPMag that “On that score, ISKP, al Qaeda, Taliban, and us are all on the same page. Even taking the risk of killing Muslim children is unforgivable. That is not an acceptable risk. If America does not punish the perpetrators of these mass murders, somone else is going to do that, perhaps many times over. The debt of America in civilian lives is far too high at this point. The hatred is almost shaking the ground here in Kandahar. We hear that American’s need to prepare for attacks all around the world like the one at the hospital in Kabul.”

NP Edwards says that her information comes from the Jihadist she is now treating.

NP Edwards heads a rescue and treatment operation for children, either kidnapped, or sold by parents and now suffering at the hands of Taliban, al Quaeda, ISIS and other Salafist ‘monsters’ as their ‘wives’ or in other words, child-sex-slaves. 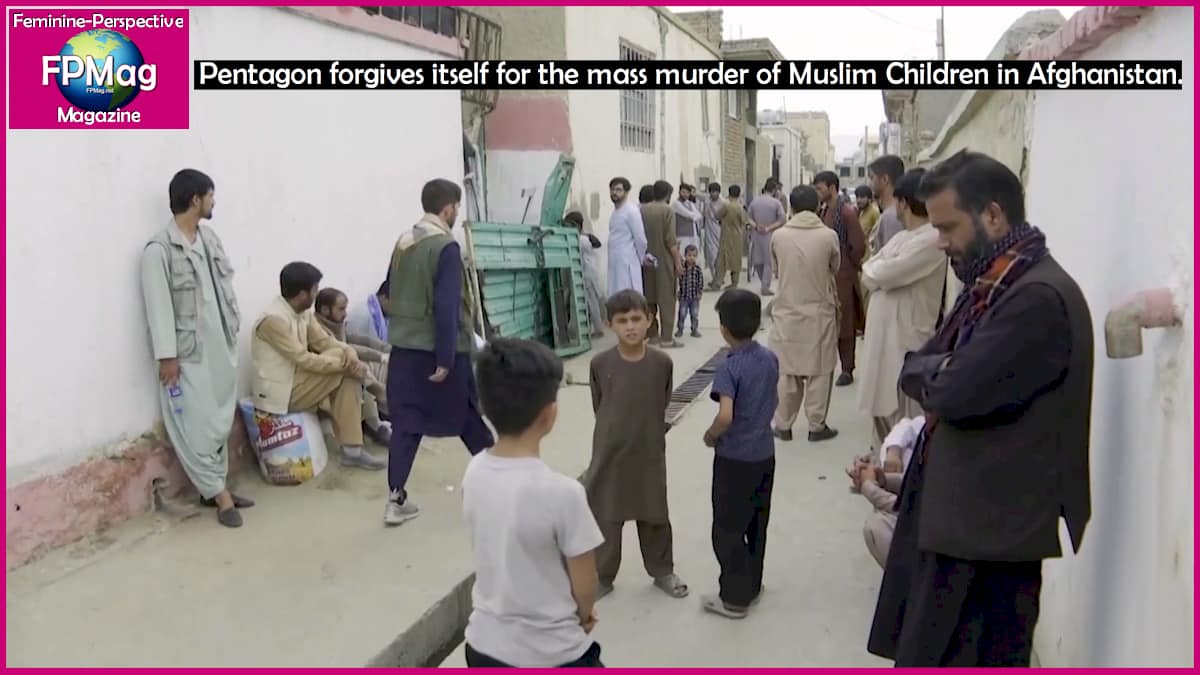 Perhaps now at risk of being discussed, as was Julian Assange for murder or kidnap, the New York Times and its writers Matthieu Aikins, Christoph Koettl, Evan Hill and Eric Schmitt are now maybe in the same type of soup as Julian Assange having published an article suggesting that the alleged attack against a Daesh–Khorasan planner was in fact an attack that killed a humanitarian water delivery team of three adults and seven children. A week after the publication of the Times article, the Pentagon finally admitted that it had made an “honest mistake killing civilians including seven children”.
Photo Credit. New York Times Video capture. Art/Cropping/Enhancement: Rosa Yamamoto FPMag 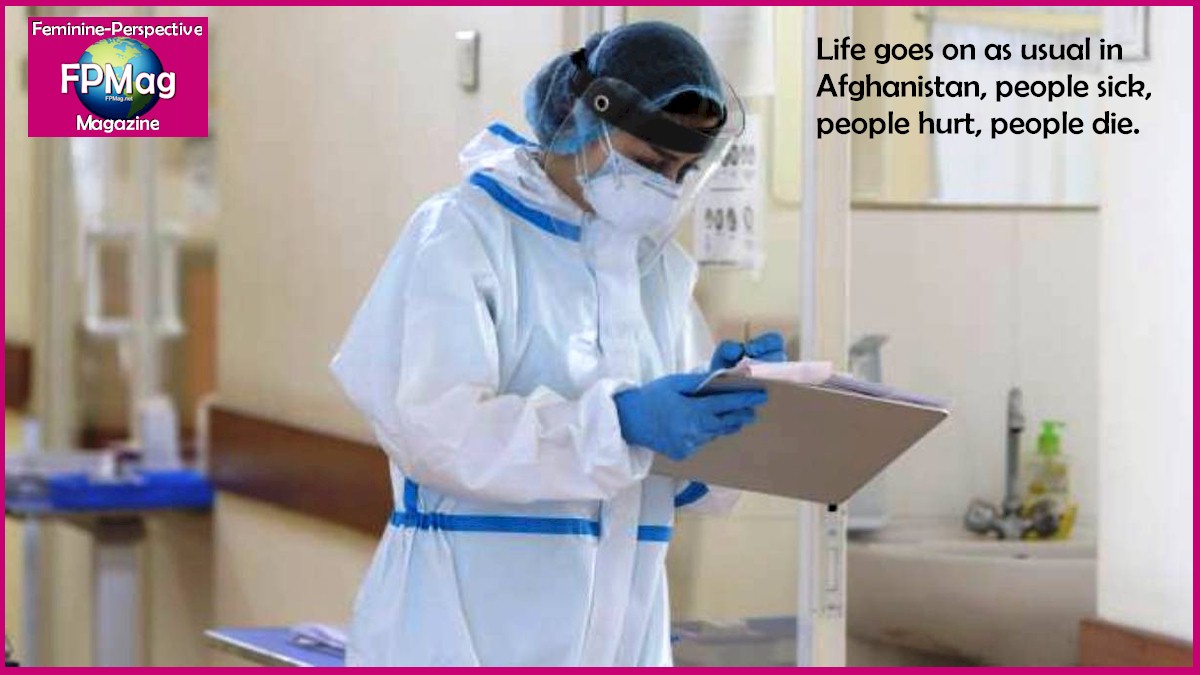 “The presence of Muslim kids in the path of the missile they would soon fire was apparent to Americans who killed the Muslim children including babies in retaliation for an ISKP bombing at Hamid Karzai International Airport. That’s another way of saying what we have seen so far,” said a white woman in Kandahar who was, ‘for looking American‘,  kidnapped, tortured and raped by Salafi Jihadists following America’s edict that it was all OK.

During her captivity the kidnap survivor who spoke with FPMag said she heard plenty of dialogue from the Daesh–Khorasan (ISKP) about America’s self-cleansing of this mass murder of Muslim children. (The US FBI defines mass murder as the killing of at least 4 persons.)

The ISKP attack at Hamid Karzai International Airport, for which this Hellfire/Raptor strike was quick retaliation, killed randomly over 172 Afghanis and 13 Americans. A Hellfire missile fired by a Reaper drone on 29 August killed at least ten civilians including 7 children doing a humanitarian water delivery, according to Behar Abbasi who was near the airport at the time.

Rescued by a private security team with a couple of locals, the victim was “never supposed to have lived through the overnight ordeal,” according to one of her rescuers. The operators were in the region supporting Ms. Edwards meanwhile also recruiting and training local resistance under a contract from some remaining Afghan government officials who have “taken to the hills”, said one of the leaders during a peer-to-peer Blackberry call with Edwards while she was being debriefed by her colleagues in Paris and in Toronto.

Read more: Afghanistan is where women cry that certain way you know is apocalyptic.

During the rescue, a sole survivor Jihadist and member of an ISIS affiliate group was taken prisoner, given first aid, and later received additional medical treatment, according to the information given to FPMag.

“His injuries are such that he will never fight again. An amputation was involved in the surgery,” said Grace Edwards, a medical worker who has been working for a humanitarian NGO in the Kandahar region since fall 2020.

“His information is that outside [of Afghanistan] ISKP members are angry that America has shrugged off the massacre of Muslim children. The adults killed were considered to be infidels, meaning people allied to the West. That is actually true in an ISKP context, no matter it being a macabre and insane paradigm in which the Daesh–Khorasan live,” she said.

“These Daesh–Khorasan people we encounter are not very bright and not well led. Around here they may be acting independently as well as acting in the interest of the ISKP. They have a plan to build a very large caliphate and so have been conducting a constant campaign against the Taliban and the al Qaeda but the most worrisome thing to us is their penchant for kidnapping young girls and selling them to anyone and everyone. The resistance have butted heads with them many times now. They are quite angry about one particular incident. The Taliban and the al Qaeda are sex-slave traders too but the Daesh–Khorasan is doing this more. Probably there have been close to one hundred attacks, not all like the military hospital in Kabul where two dozen people were killed, but mostly ambushes and attacks against Shiite Muslims—whom the ISKP do not consider to be real Islamics—since the Americans fled Afghanistan in August.

“Our belligerent prisoner confirms that, plus the suggestion that an attack is being planned against USA assets in different parts of the world, but our prisoner told us that is not yet including the local ISKP Daesh whom we understand does not connect often to the Islamic State in Europe and in the Middle East of Asia,” said Grace.

“But I do not trust this person because I remember after ISIS came into Mosul, maybe around January in 2015, Abu Muhammad al-Adnani who one of our people knew fairly well, said that the Daesh–Khorasan were an important part of the Islamic State organization and should have everyone’s respect. I think they are all talking by couriers.”

America has a cavalier attitude toward killing women and children and is thus losing the friends who cannot be bought with money or trade.

“The United States has a record of killing civilian women and children in the eyes of the world, but to Americans—‘just an honest mistake’. That also applies to the 9 August 2018, massacre of dozens of children in a Yemen school bus upon which an American built aircraft flown by a surrogate dropped a 500 pound American bomb on 9 August 2018.  The toll is now over 10,000 kids slaughtered in Yemen with American weapons delivered by surrogate armed forces including the likes of Omar al-Bashir’s forces from Sudan,” said Katie Alsop, a founding director of The RINJ Foundation, a global women’s rights organization.

“America has supported the killings of over 30,000 Filipinos by Rodrigo Duterte,” she continued, “and even donated to Duterte more weapons to use against the people of the Philippines; Joe Biden acquiesced to Israel killing 58 children and 38 of their moms in Gaza last May; Joe Biden put a Hellfire missile on some people and children that he was supposed to be evacuating from Afghanistan during his catastrophic failure in that country; and losing the war, fleeing with his military from Afghanistan, like dogs by Biden’s command, with their tails between their legs leaving the country to the worst and largest masses of terrorists in Earth’s history; in fact, America is more dangerous to the world than ever because it has a really stupid President,” she added.