Micheal John [O’Brien] is a writer and our editor-in-chief.

A writer for numerous publications. Micheal is  Canadian-born and also a Citizen of Ireland (European Union).

by Sharon Santiago  with files from a Guest Author 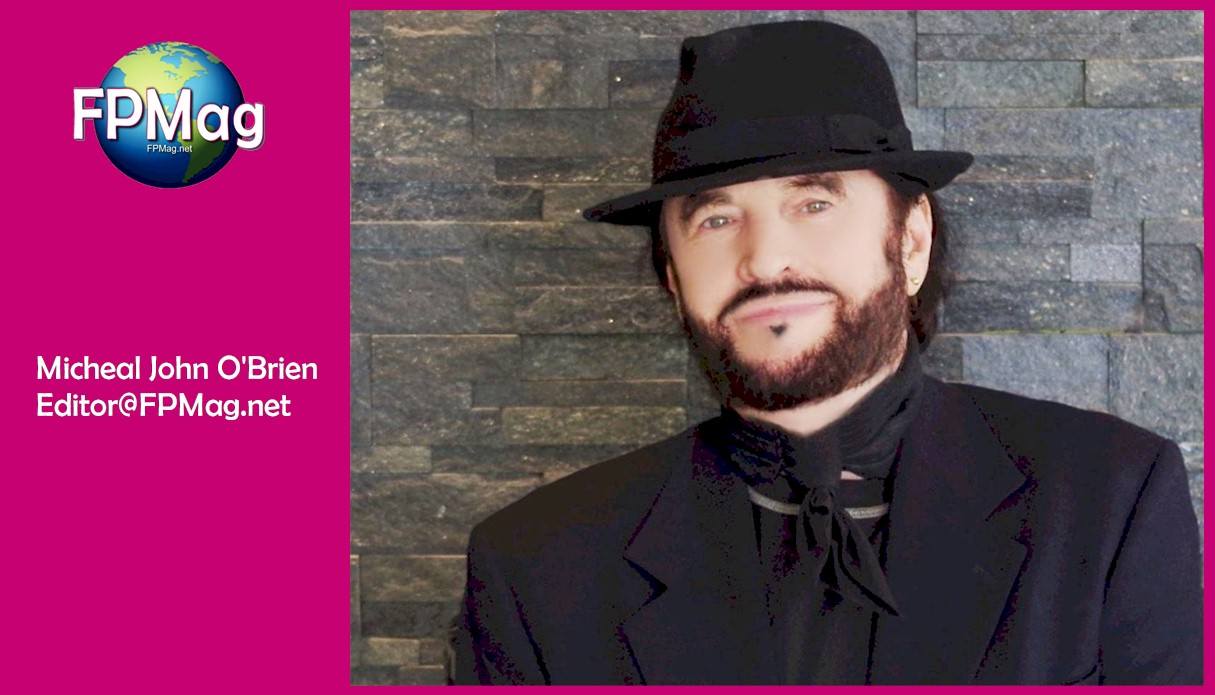 A former Maclean Hunter writer/editor/publisher in Canada (13 years) Micheal, with a group of his journalist peers, bought the Aerospace and Defence publishing group of Maclean Hunter (MH) & continued to publish for another 15 years.

MPRM Group owned and published some of MH’s science, technology and business periodical properties after Maclean Hunter met its demise in 1993-4 when a predatory takeover by Rogers ended the 100+ year-old publishing giant.

“Maclean-Hunter was acquired in 1994 by Rogers Communications. The Canadian Radio-television and Telecommunications Commission approved the transaction, but required Rogers to divest itself of some of Maclean-Hunter’s individual assets to alleviate concerns about concentration of media ownership.” Wikipedia

Even though he graduated into a CEO quality function in medicine, Micheal continued to write. In all he covered over 10 wars and visited most of the 7 continents.

Following the start of the 2nd Gulf War, Micheal’s era as a war correspondent ended abruptly in July 2004 after seeing the wrong that was done to Iraq in the second Gulf War.

He went on to work as Director of Operations and chief administrator of several private hospitals and surgery clinics. 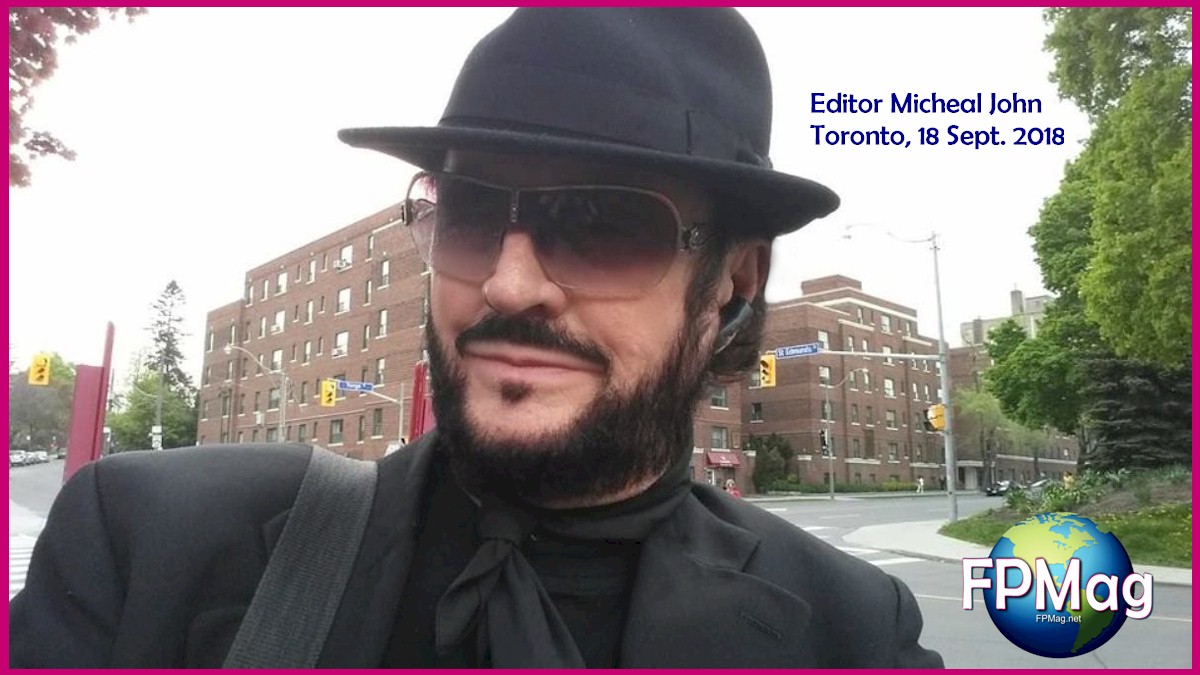 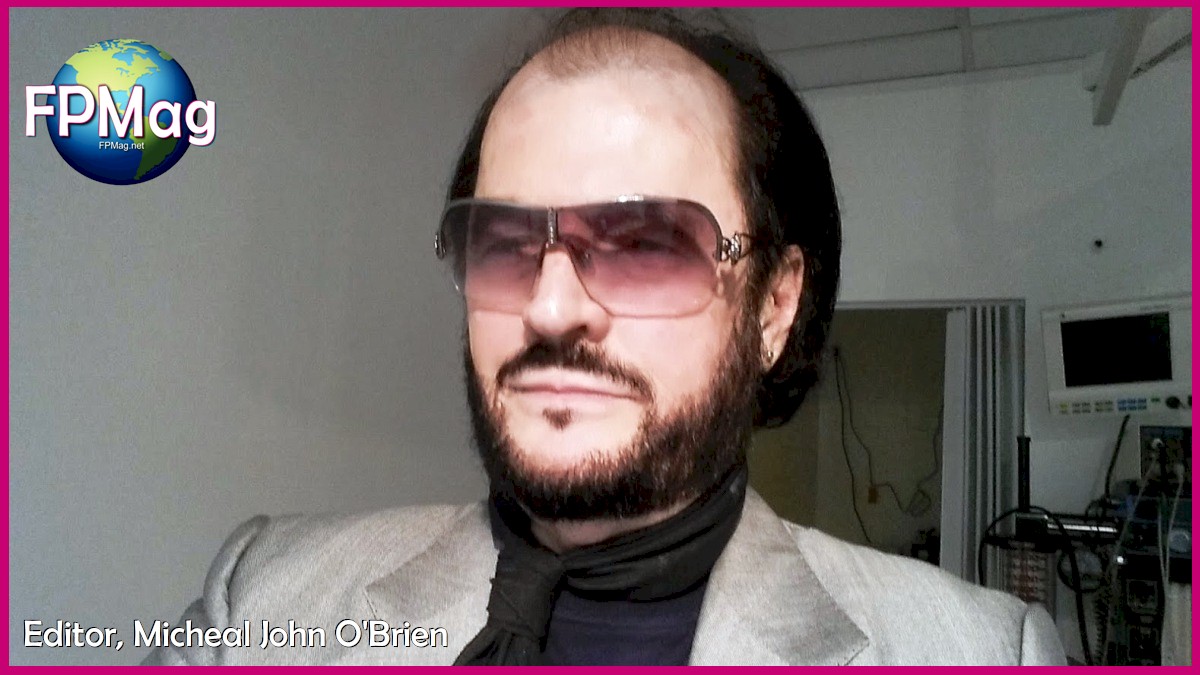 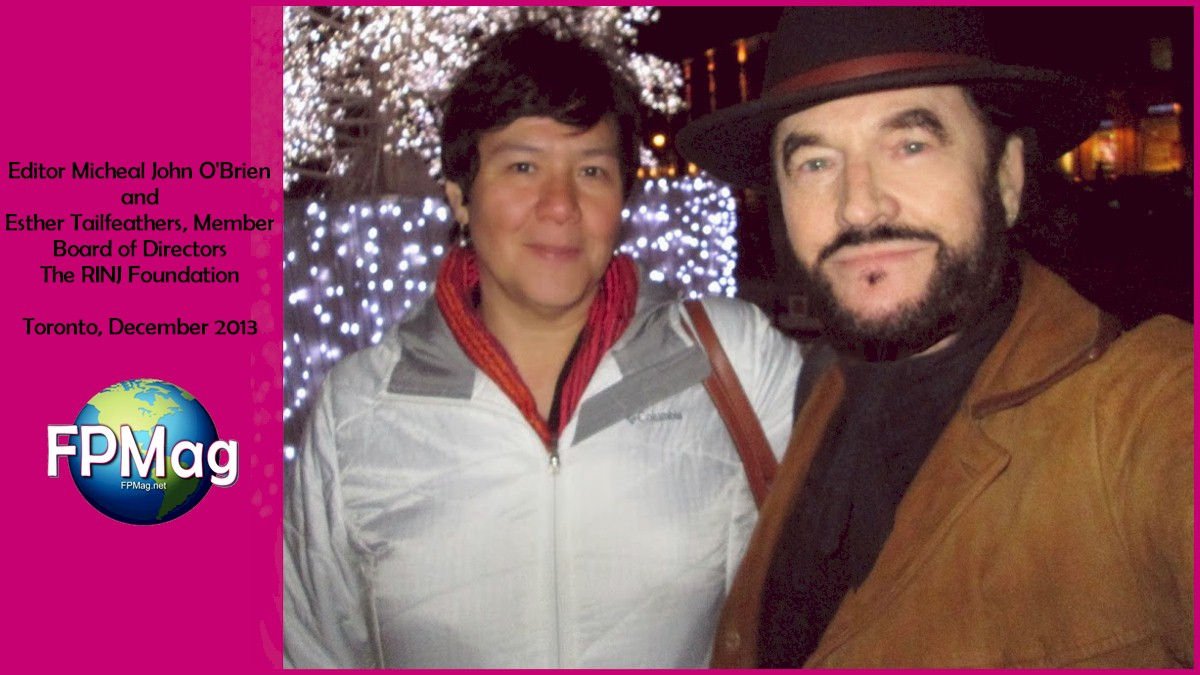 Micheal is an avid member and financial contributor to Reporters Without Borders (RSF) to support the integrity of journalism in every corner of the globe.

Micheal wrote numerous medical proposals for the government of Canada Department of Health and the Ontario regulatory sector.

He helped found numerous clinics and Hospitals and left the Toronto Cosmetic Surgery Clinic as its Full-Time Director of Operations in 2015 to complete his Doctoral degree in Public Health.

Micheal is a licensed Commercial Fixed & Rotary Wing Pilot since early twenties and maintains a current license for both. 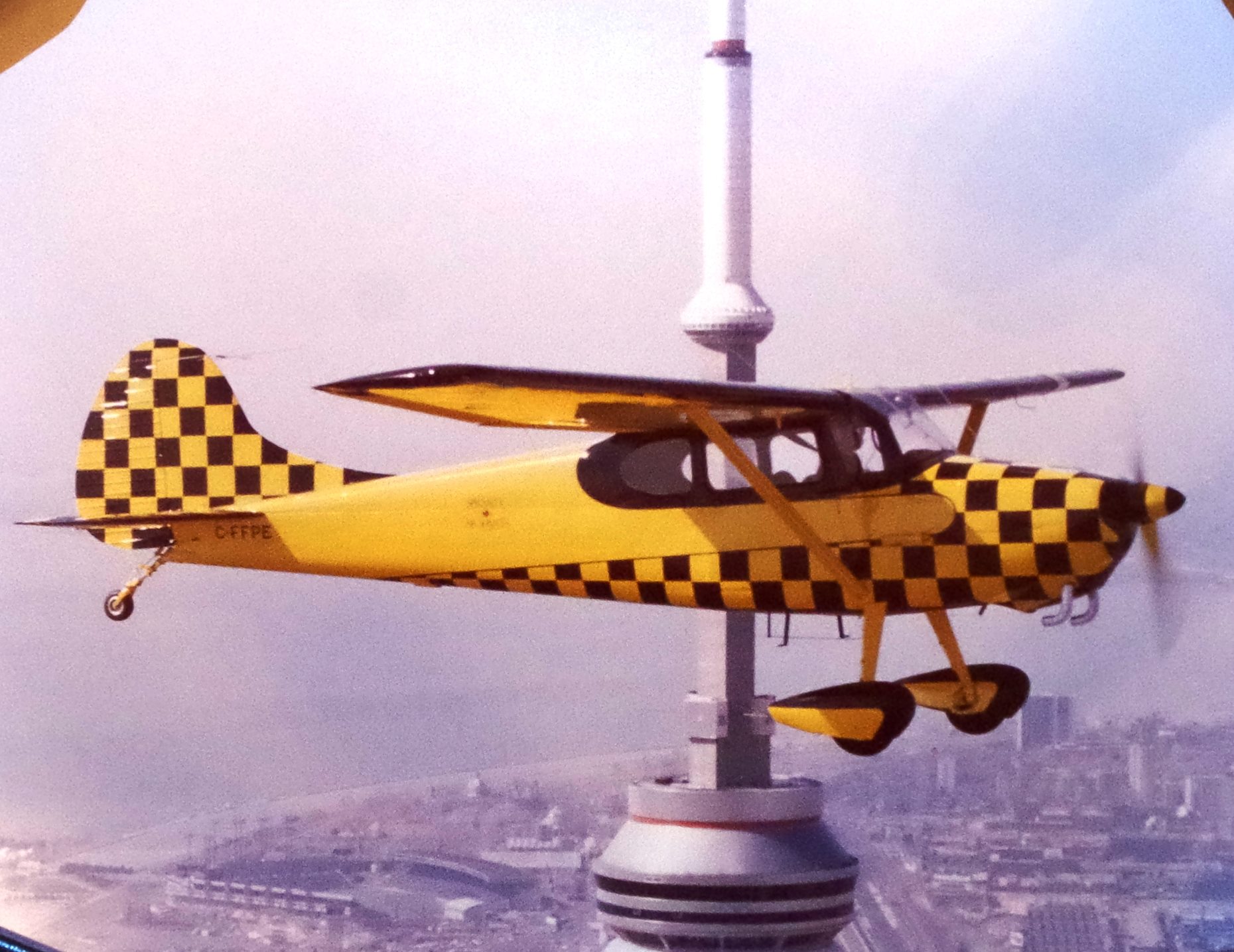 Micheal has published eight books about the Canadian aerospace and defence industries.

He is an avid Advanced Amateur Radio Operator (HAM, VE3OLG).

Micheal served on the Board of the Canadian Young Astronauts program.

He served as the President of the Toronto Armed Forces Communications and Electronics Association (AFCEA) for eight years and is currently a life member of AFCEA in the United States.

Micheal has extensive experience in the medical health field (he stipulates that he is a public health administrator and not a practitioner) and has opened numerous successful clinics, pioneered and achieved certifications for multiple new medical facilities and medical technologies. He continues that work today. 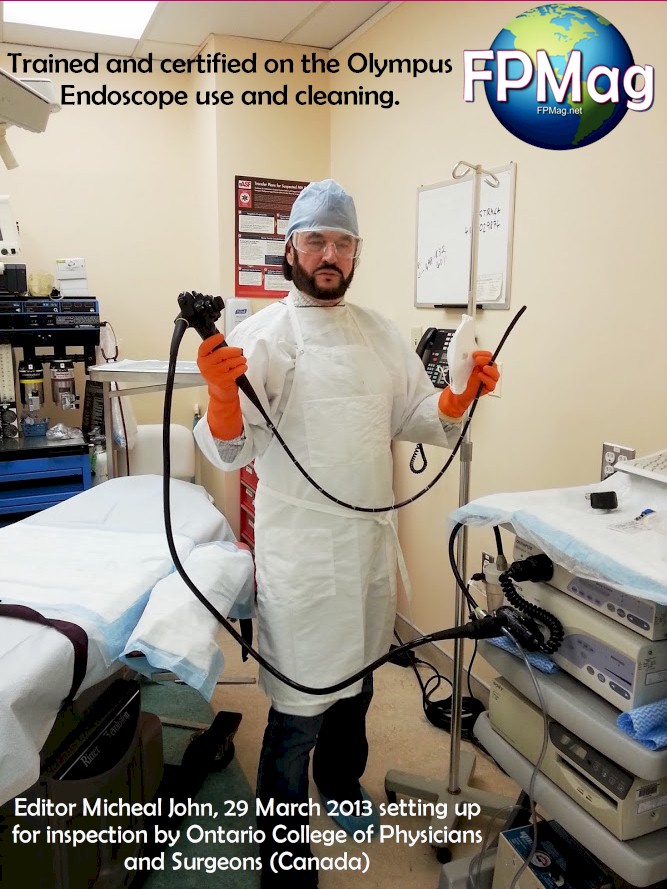 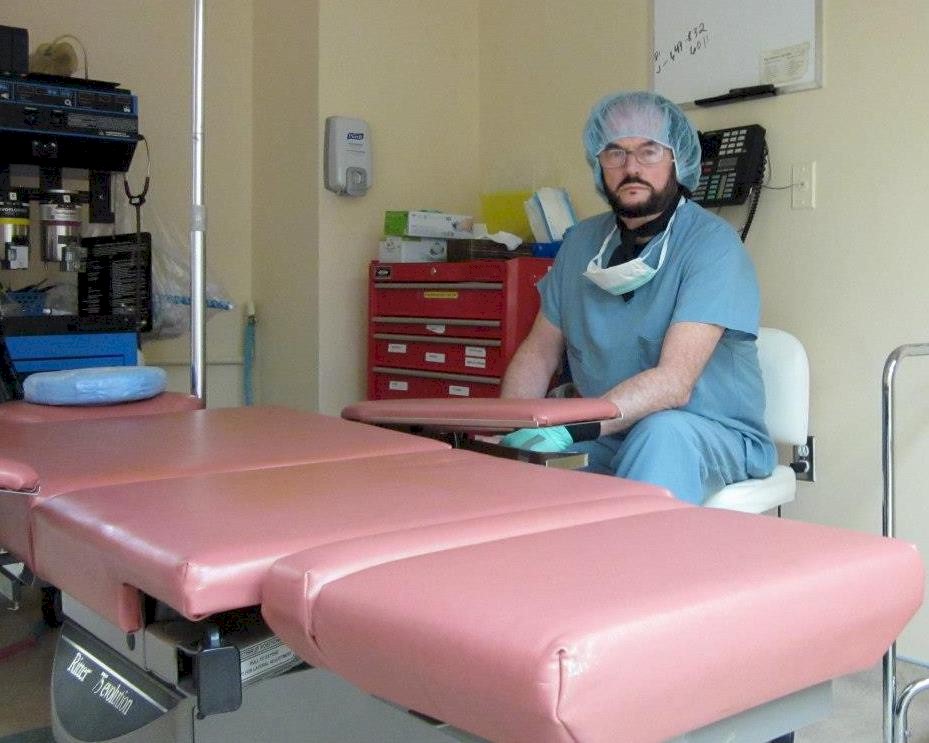 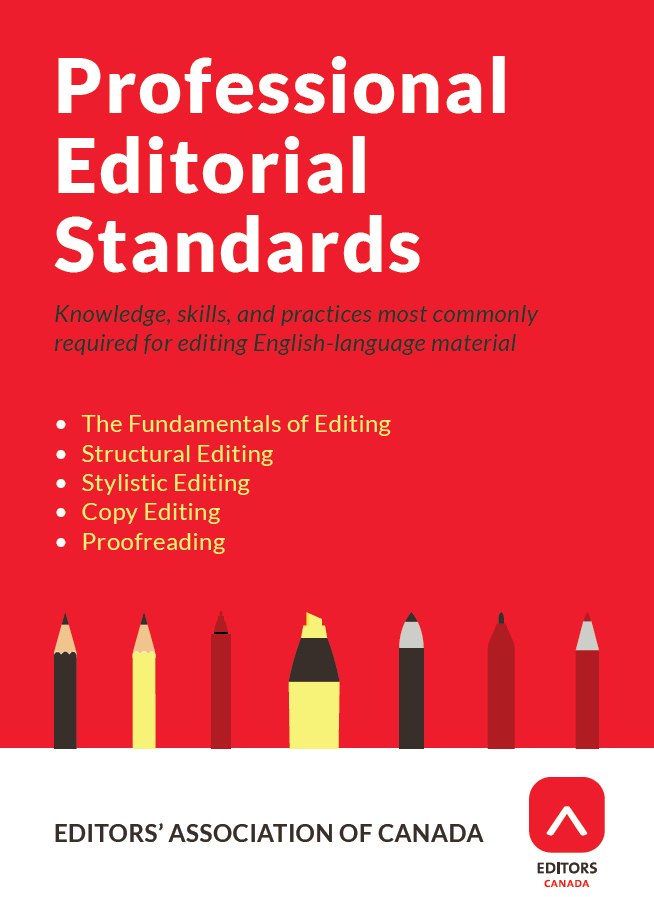 Long distance runner. – a member of the Canadian Amateur Athletic Union, Micheal has participated in Ontario provincial, Canadian national and international cross country and long distance road races at various events around the world. His longest race was eight miles when he was 14.

Youth years and Scouting. As a child Micheal was involved in Canadian Scouting and Rangers from the age of 6 to 17. (2nd Richmond Hill Troop, Ontario) He left scouting as a Queen’s Scout at the age of 17 to pursue his education. He was tutored by Scout Master Bill Smith (VE3 FDX) in electronics and Amateur Radio Operations and became VE3OLG.
Micheal earned his Saint Johns Ambulance Class C (CPR) Rescuer certification, serving as an EMS rescuer at a an early age. Working as a rescuer he became interested in hospital administration. 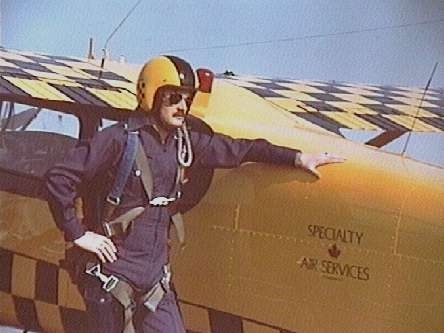 Motorcyclist and Racer – Off road motorcycle racer in Alberta. In Ontario a rider and contributor to the 1993 MOTC revision of the Motorcyclist training and test syllabus.

Many years a volunteer for the Ontario “Ride for Sight” founded in 1979 for a Maclean Hunter Colleague, Jim Bentley whose wife suffered Retinitis pigmentosa (RP) . 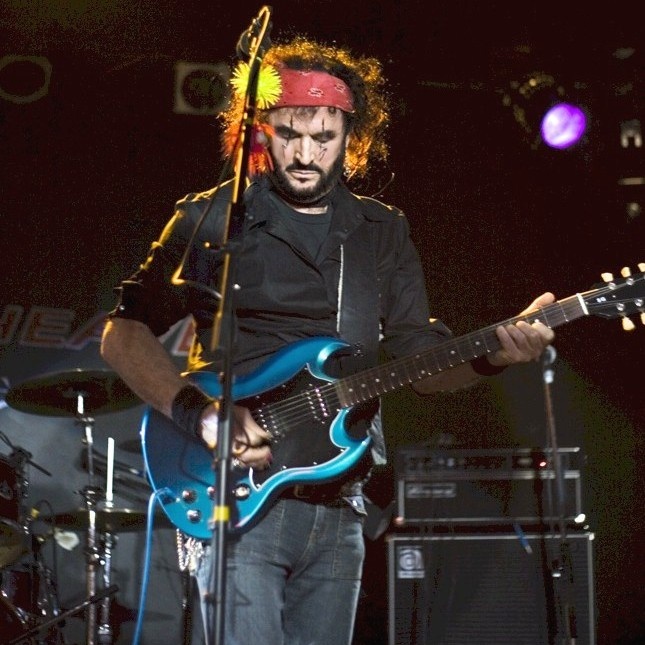 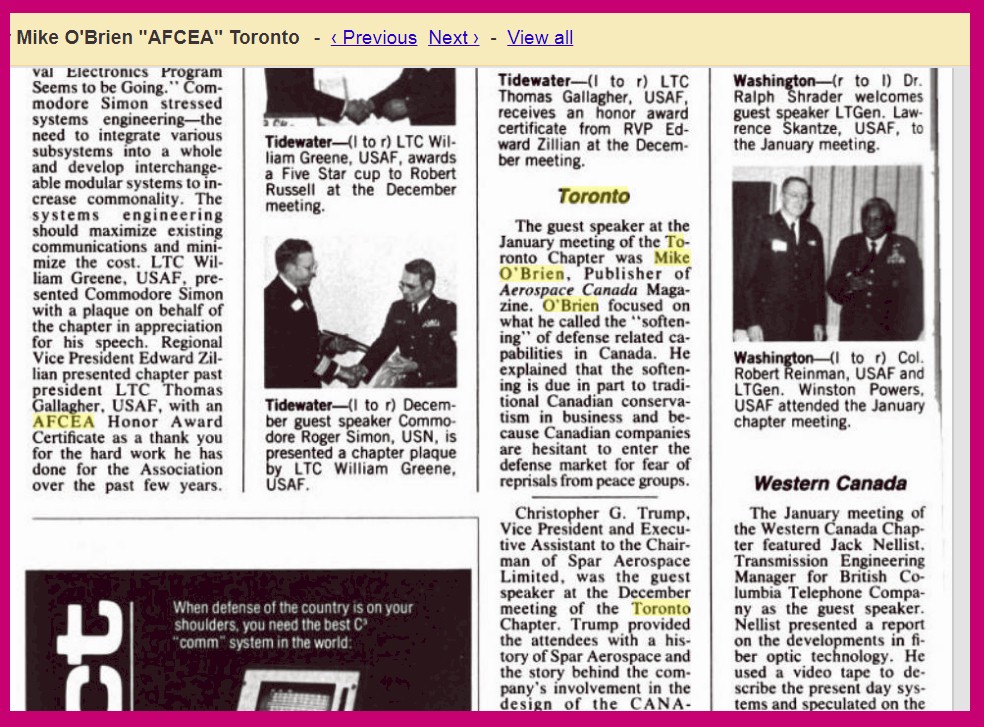 Video: Editorial on the so-called “Freedom Convoy” which among other things caused the extensive harassment of Canadian nurses in Ottawa.

Video: Civil society takes on the Antivaxxer movement. Get vaccinated against all high-risk infectious diseases if you are a medical practitioner and learn better how to care more for yourself and your patients.

The spelling “M i c h e a l” is not a mistake. This spelling is Irish (Gaelic spelling). As a Canadian-born son of an Irishman, Micheal was entitled to Irish citizenship which he claimed. The government ID with the correct spelling is shown below. This biography intends disambiguation of the Editor’s name. — Sharon 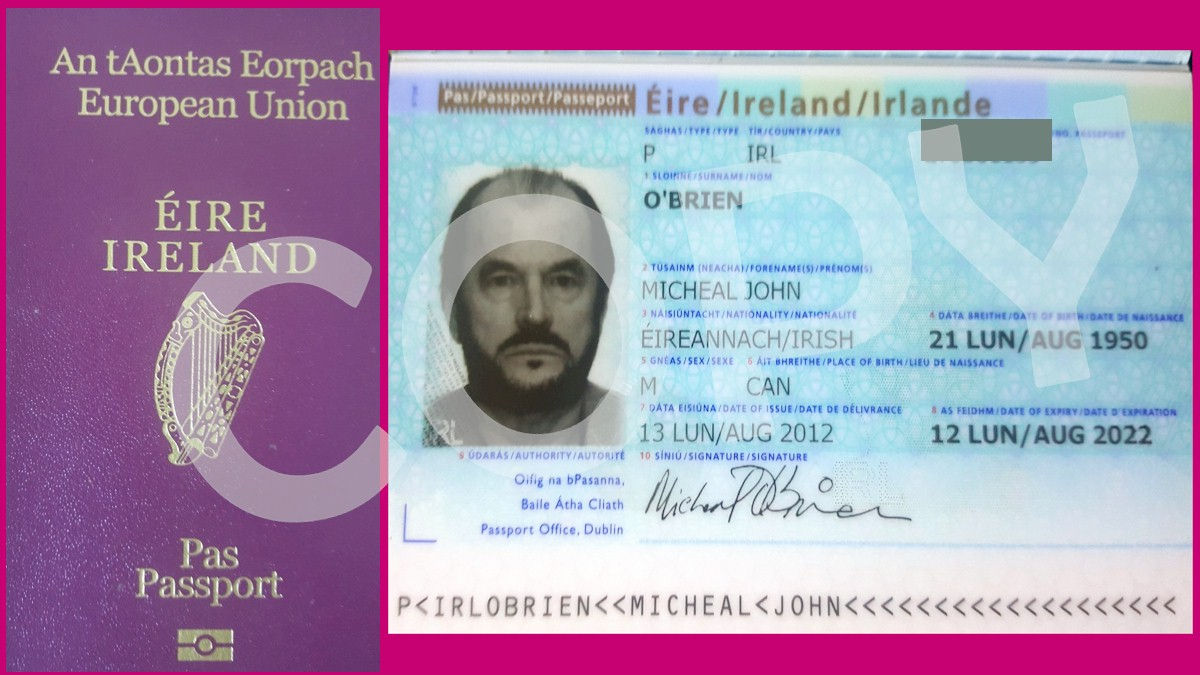 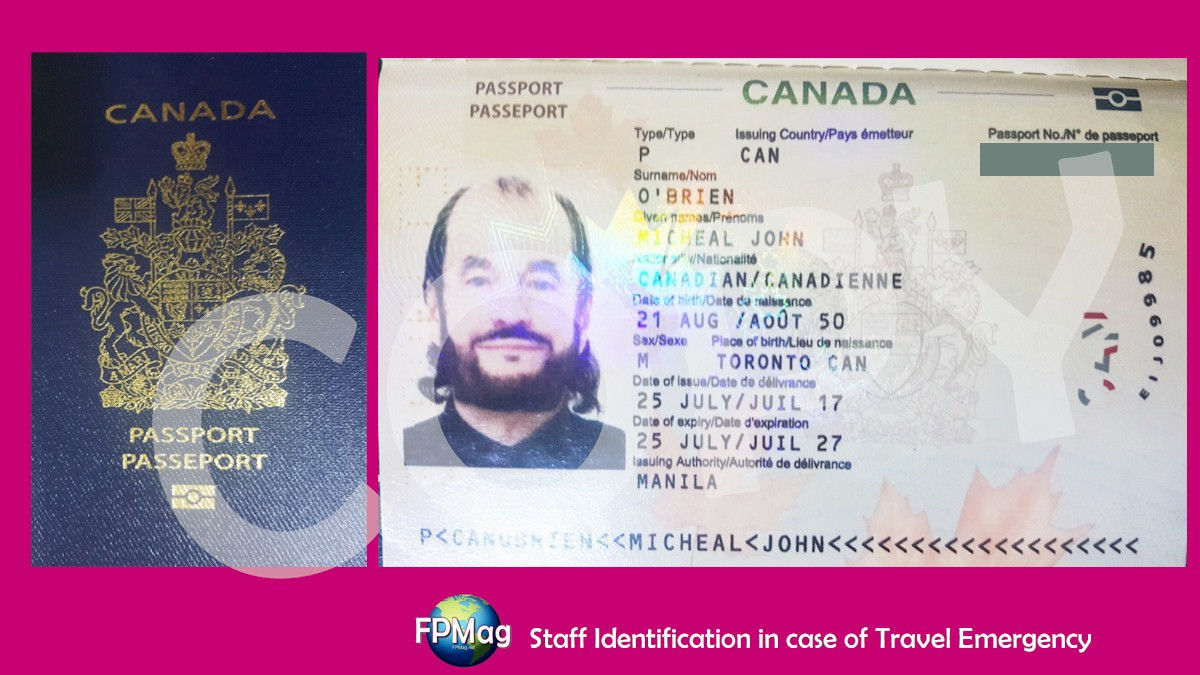 The spelling of the name ‘Micheal‘ is Gaelic. Micheal John O’Brien, Staff Identification in case of Travel Emergency 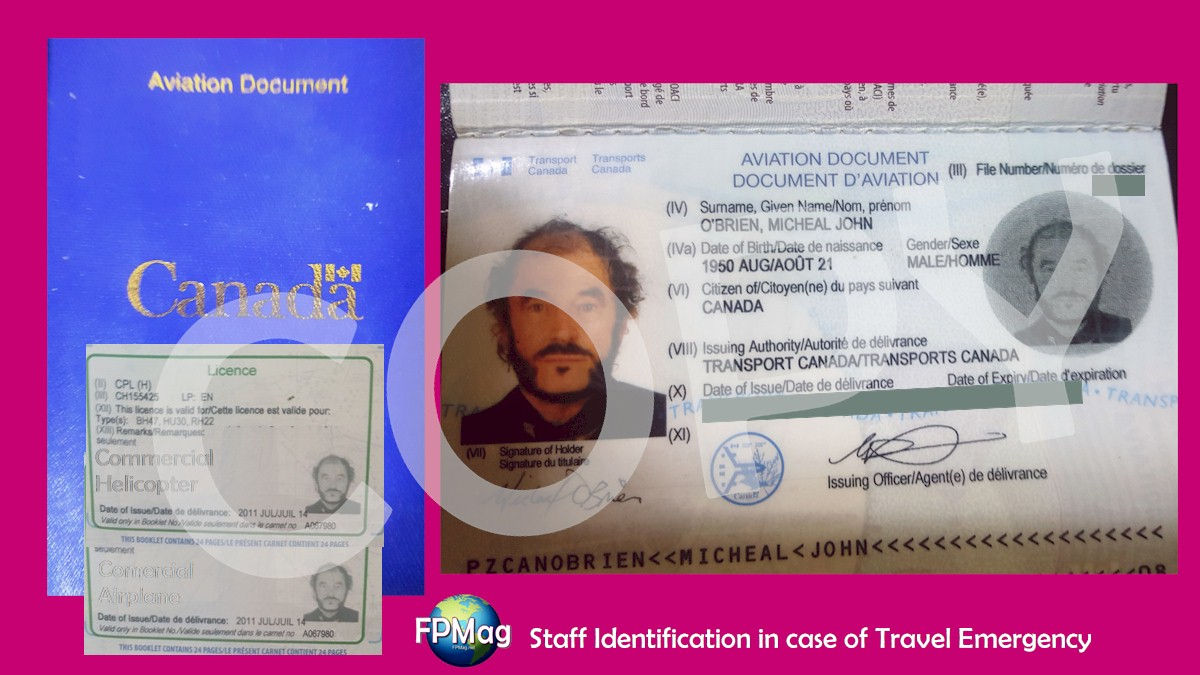 Not a typo. On the spelling of Micheal’s name. Micheal John O’Brien, Staff Identification in case of Travel Emergency 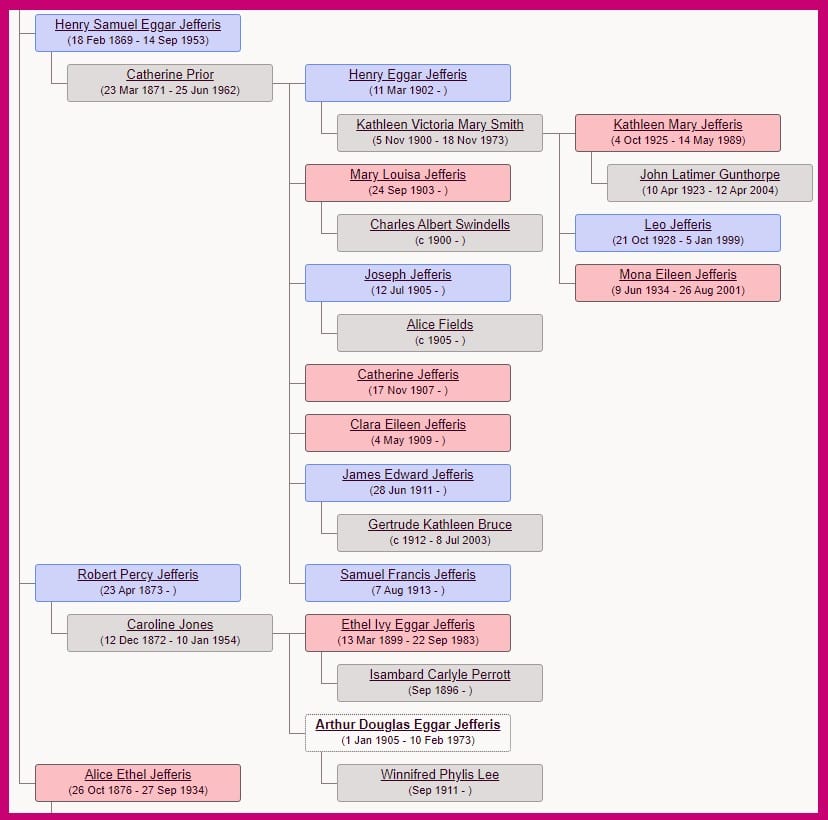