US Secretary of State Antony Blinkin is headed to Israel to speak to Israeli officials “about our ironclad commitment to Israel’s security,” says US President Joe Biden in a powder-puff weak-dusting  optics effort to recover from numerous gaffs he has made since 11 May regarding the massive destruction of the residential portion of the Gaza Strip and the slaughter of over 120 Palestinian women and children.

America just declared itself as the enemy of the Arab world

With his blind favoritism for the Israeli right to depopulate Jerusalem of Palestinians, Blinkin is on his way to Israel to try and claim away from Egypt and Jordan the credit for negotiating a truce between the parties in the Gaza Strip Destruction Crisis. It did no such thing say sources close to the negotiations, in fact the USA has still not talked to both sides according to Hamas sources.

But America is irrelevant to solutions. Its racist foreign policies are, however, a big part of the problem, say many observers.

“I am very disturbed by Israel’s actions: the manner in which the arguments first started, and the way in which Israel has used disproportionate force against innocent people, including children. It’s unacceptable, and very tragic. And it has come during this holy period for Muslims,” said Professor Muhammad Faishal Ibrahim, Minister of State for Home Affairs, Singapore, just hours ago.

By Katie Alsop and Micheal John 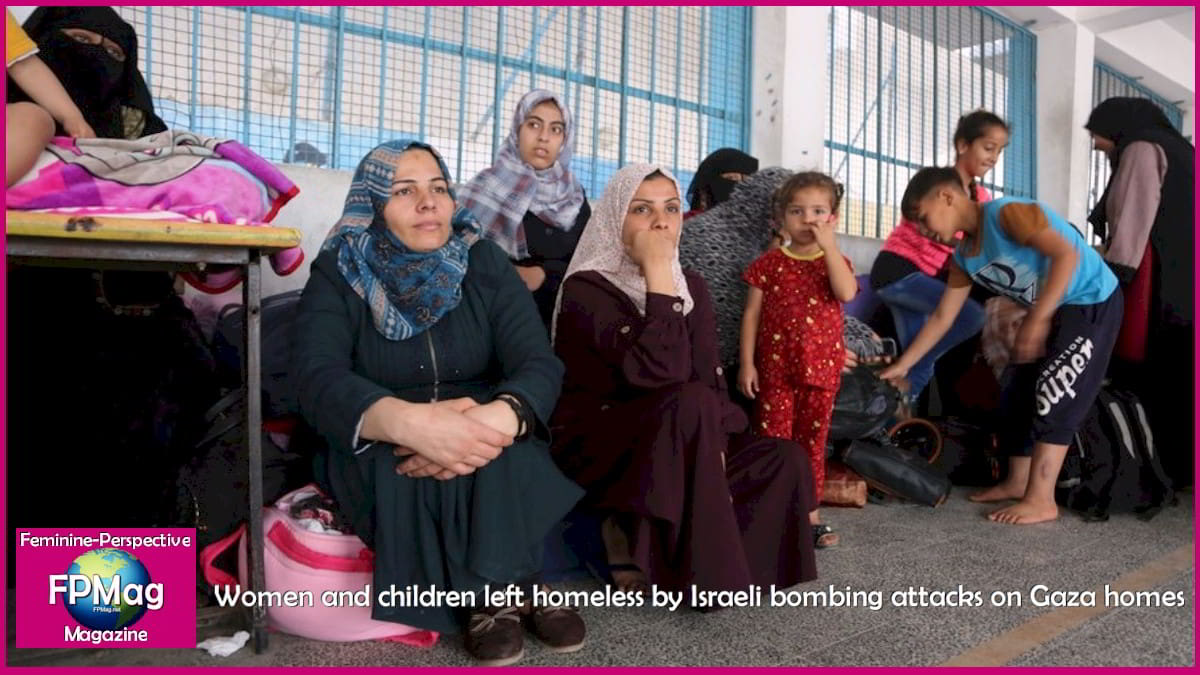 “‘The priority for the Americans is to appear relevant’ and that is what an American military officer suggested to me, laughingly,” added the doctor who is currently in Jordan on a stopover heading back to Syria.

“America is complicit in the massacre of Palestinians recently and has also been thus for decades. The colossal gaff of overturning seven decades of US foreign policy by declaring Jerusalem as the seat of government for Israel despite a furious campaign of ethnic cleansing by Israel in the occupied Palestinian territory of East Jerusalem has left America out in the cold as a a racist pariah and violator of human rights.  What is needed now is an immediate removal of Hamas from Gaza; Palestinian elections and the establishment of the boundaries of the Palestinian state,” she added.

“This is not in either the American or Israeli play book and therefore America is once again at odds with peace in the region and the wishes of the global Arab community,” added the Canadian Arab doctor.

Video: December 2017, USA recognizes Jerusalem as Capital of Israel in the midst of Israeli Ethnic Cleansing of the occupied Palestinian Territory of East Jerusalem “The colossal gaff of overturning seven decades of US foreign policy by declaring Jerusalem as the seat of government for Israel, despite a furious apartheid campaign of ethnic cleansing by Israel in the occupied Palestinian territory of East Jerusalem has left America out in the cold as a a racist pariah and violator of human rights,” says Arab-Canadian doctor speaking from Amman, Jordan, which nation ignored by America (taken for granted?) has custodial rights of holy sites in Jerusalem. 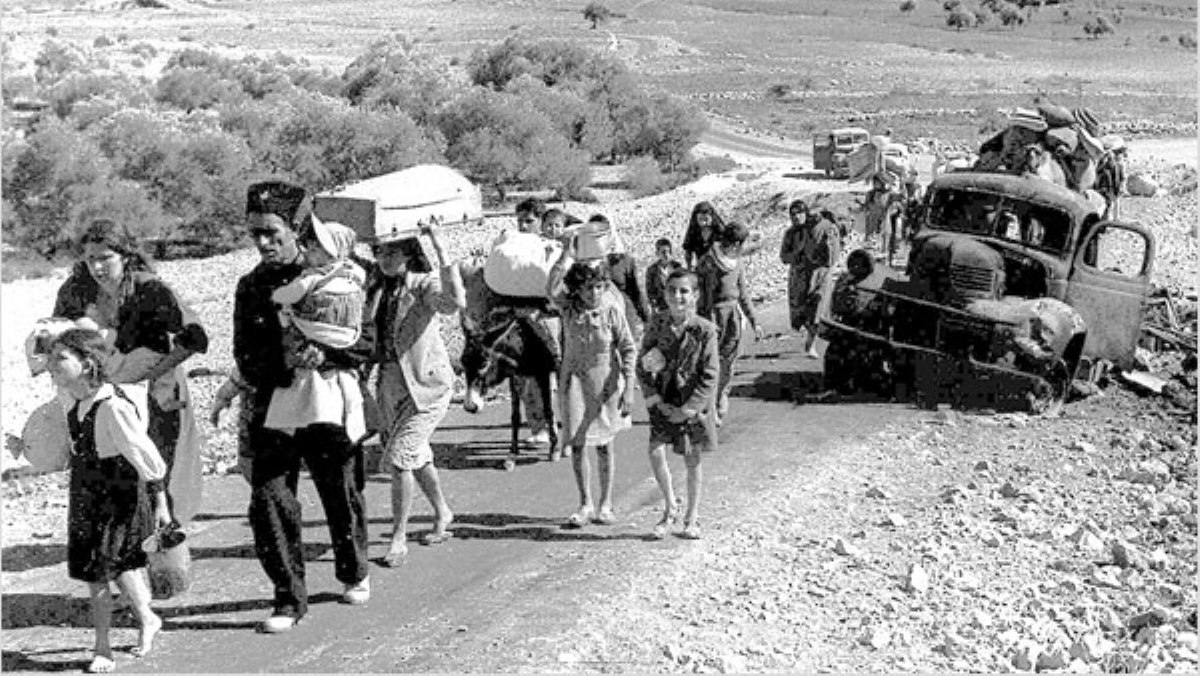 Egypt is 8 meters across the Rafah crossing from  the Gaza Strip crisis and US Secretary Antony Blinkin is 9,346 km from the crisis in Washington DC. Doesn’t America seem more irrelevant and disconnected as each day goes by?

“Egypt began from day one to meet with the parties.

“Shortly after the hostilities began, Egypt opened its border to Gaza and ushered what it could in humanitarian aid and received urgent-care patients via emergency service vehicles, both buses and van ambulances,” notes Simon Baldock, an Israeli security analyst who had accompanied FPMag‘s Melissa Hemingway to Rafah just in time to see Jordanian mobile hospitals being turned away, sent back into Egypt, by the Israeli military.

From the time the Israeli atrocities of bombing and missile carnage began on 11 May to 21 May 2021, the United States’ only relevance to the crisis was its support of “Israel’s right to self defence”.

Decades-long ethnic cleansing of occupied East Jerusalem of Palestinians is what started the Hamas group firing rockets at Israel under a demand that Israel get out of the al Aqsa Mosque.

Hamas became a Problem as an ad hoc chaotic and corrupt entity exploiting Gaza Strip civilians. On that, America’s view is accurate. But Hamas is Israel’s creation with America’s help. Rock and a hard place?

“The corrupt ‘government‘ of Palestinian President Mahmoud Abbas whose seat is in Ramallah in the West Bank is partly responsible for the acquiescence of Gaza Strip Palestinians to Hamas,” is what many patients told me in their own words, said Dr. Nassima al Amouri.

“The recent war used by Israel to marginalize Palestine and Palestinians by pulverizing their homes and infrastructure was according to Israel a war against Hamas,” she said. “But Israel secretly supports Hamas in subtle ways. Hamas has helped keep Palestine disorganized and leaderless.”

Israel and America created Hamas as a straw dog.

The air attacks were, in most cases, exclusively Palestinian apartment buildings and mixed-use commercial/residential buildings like the Associated Press/al Jazeera al Jalaa building.

A growing number of residential occupant sources who know the building well for over a decade and see all the people coming and going, say the al Jalaa media building had no relevance to the armed conflict on the Hamas side.

Suppression of journalism reporting Israeli actions was the goal in destroying three media buildings, unequivocally according to FPMag investigation.

“It [al Jalaa building] contained local media reporting the news and giving pictures to Israel and Palestine viewers,” one source had explained a day after the bombing, with special focus on the photographs taken of the Gaze Strip by local reporters from the roof or from their high-rise windows being the thing Israel wanted to quash.

Sources in local media say the local TV and print media  were the targets and Associated Press and al Jazeera were more than “collateral damage” because “they had cameras on the roof 24/7 watching all the time what Israel was doing to Gaza”.

Meanwhile, Benjamin Netenyahu has contradicted these sources saying in an interview, the al Jalaa building contained “an intelligence office for the Palestinian terrorist organization housed in that building that plots and organizes terror attacks against Israeli civilians, so it’s a perfectly legitimate target.”

“This is an incredibly disturbing development. We narrowly avoided a terrible loss of life,” AP President and CEO Gary Pruit said. “A dozen AP journalists and freelancers were inside the building and thankfully we were able to evacuate them in time.”

“The world will know less about what is happening in Gaza because of what happened today,” Pruitt added.

“Both Netenyahu and America’s Antony Blinkin are telling lies using some [translation: hocus pocus] of secret intelligence revealing secret activities of horribly secret bad guys who apparently the Israeli’s phoned in advance and told to get out of te building for their own safety,” says Baldock, sarcastically.