Americans did not pay much attention to the gold in the words of America’s health and human sciences top slot.

Alex Azar was slippery in an interview with Jake tapper like all Trump politicians but when asked by Jake Tapper to undo what appeared to be a comment implying as Tapper put it, “we are unhealthier than the rest of the world”.

“Health and Human Services Secretary Alex Azar largely punted on Sunday when confronted by CNN anchor Jake Tapper over presidential son Eric Trump’s insane claim that the coronavirus will “magically” disappear after Election Day,” is how Justin Baragona, Contributing Editor to the Daily Beast described “17 May State of the Union”.

Yes the Sunday morning interview dealt with the lunatic jackass son of the President who claims that the COVID-19 is a political issue and it will go away if his daddy is reelected thus is the accusation that the COVID-19 pandemic is about a partisan attack against the US President.

The HHS Secretary seemed to handle that issue reasonably and fairly. His admission is that America’s Health and Human Services department has apparently failed in massive numbers. Some experts say that most US States suffer 85% population obesity. 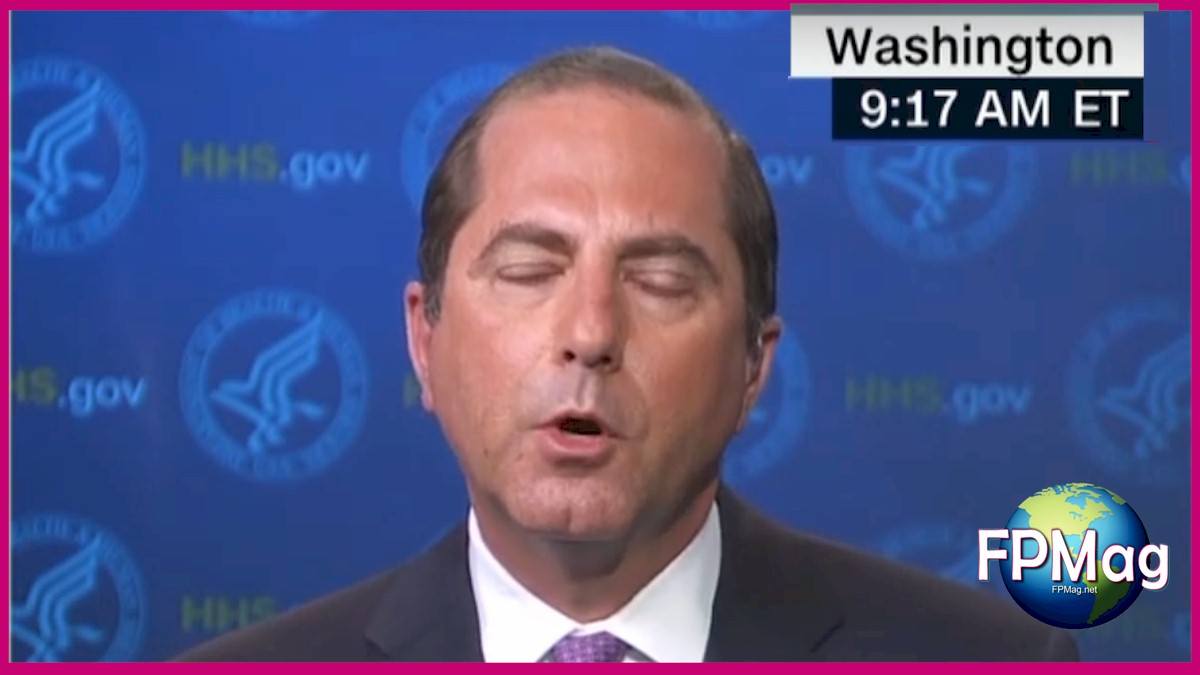 Obesity is a pervasive problem in the United States and growing at a terrible rate. The push is for profit from “supersizing”, “red meat”, high sugar-content”, high-fat and a sedentary life style. The push has not been for the health of the American people.

Among the co-morbid illnesses that piggyback obesity are hypertensive heart disease (high blood pressure), diabetes and others.

Take this a few words further. COVID-19 is widely regarded as a morbid and highly mortal threat to male persons who are obese and have underlying health care issues of diabetes and high blood pressure.

Conclude COVID-19 is bound to kill more Americans and other nations that suffer those co-morbid diseases in high numbers.

“What is not true is that America is preventing deaths better than any other nation. America is telling bigger lies,”  says computer scientist Fred Harris who with his team of experts assemble this following data from regional health care units around the world, ignoring most political sources.

“What is also not true and in fact is very misleading is that the United States is doing a better job of testing than any nation in the world. America is doing many tests of VIPS and their family and counting them over and over again every day but the United States is not doing contact tracing and isolation which is the key response to the pandemic as indicated by the World Health Organization on clear evidence of dozens of nations. America has not set any records or standards for testing, its administration has only set leading deception records in an effort to deceiving Americans and explaining away why Americans are dropping like flies,” adds the scientist who monitors this information every minute of every day.

FPMag asked Mr. Harris about the full assessment of the Secretary of Health and Human Services and his response was,

“based on all that was said he [ Alex Azar] is a heartless slippery liar, one of the worst in public office because he should be a well-meaning doctor who puts the public health and the public well being ahead of all matters. This man is a despicable public officials and he betrays his office and every American.”

In order to avoid letting countries that refuse to report the sum of case recoveries, thus skewing global calculations, Burundi, Belarus, Belgium, Bosnia and Herzegovina, Britain, most provinces of Canada, Ecuador, FaeroeIslands, Falklands, Finland, France, French Polynesia, Hong Kong, Iceland, Mongolia, Laos, Netherlands, Norway, Peru, Portugal, Puerto Rico, Ukraine, South Korea, Tunisia, Sierra Leone, Sudan, Spain and Sweden 'recoveries' are estimated based on the current reported global recoveries as a percentage of all cases. (([reported recoveries]) divide (551,478,341 [Global Reported Sum of All Cases] less 30,029,819 [France Sum of Cases] less 909,882 [Ecuador Sum of Cases] less 12,734,038 [Spain Sum of Cases] less 8,177,667 [Netherlands Sum of Cases] less 2,519,199 [Sweden Sum of Cases] less 3,620,801 [Peru Sum of Cases])) = 96% a coefficient which is then adjusted according to the number of cases in the past 30 days and the new coefficient is applied to the sum of each of these nation's cumulative cases to estimate the missing recoveries data. In the case of France some additional hospital-sourced recovery data is factored.

Jake Tapper to Alex Azar: Why was the US hit harder by coronavirus?

America is topping the world on obesity. Data Courtesy Wikipedia

Despite the co-morbid realities of obesity, diabetes and hypertensive heart disease, the purest data suggests that the Trump Administration has failed the American people and thus, because it is a pandemic, failed the human race.

On the facts, the HHS Secretary is truly a liar.

The nations that suffer obesity, diabetes and hypertensive heart disease more than the United States have done a better job of protecting their citizens from the CoV disease. See for yourself: here.