Doesn’t anyone see the hypocrisy? The US-led United Nation’s Security Council (UNSC) has starved 11 million civilians of the DPRK with brutal sanctions and a naval blockade which comprises an act of war against the DPRK.. At the same time the UN says it is unhappy with Pyongyang’s Human Rights record in the DPRK.

Shame on the UNSC member states. 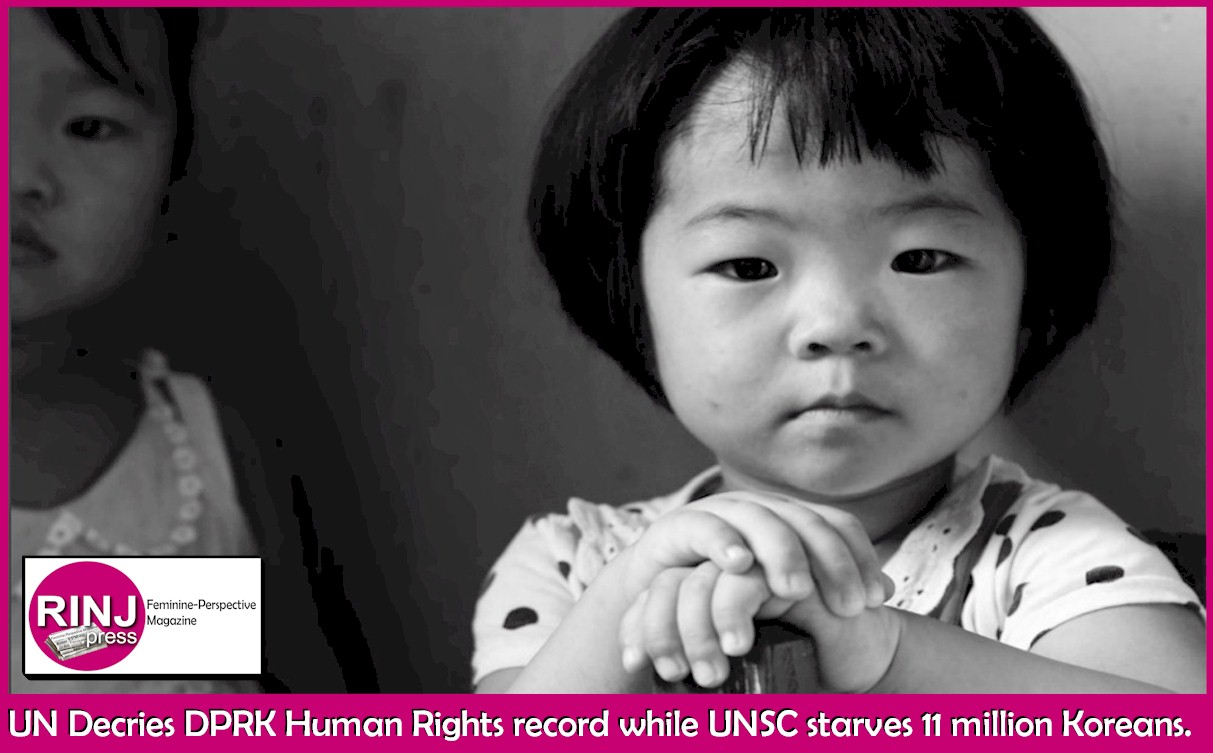 With leverage, threats and tit-for-tat the UNSC dances to the beat of the Washington ‘doddard’ 60,000 mental health professionals in the USA say is a few bricks short of a full load. That is ensuring that like the temper tantrum in Hanoi something will blow up on the Nuclear Star Wars set and kill a billion people or worse.

UN sanctions prevent the DPRK receiving things people need for survival like food, medicine and farming implements, or money for that matter. UNICEF has said it has none to buy food but it wants to at least feed the children.

The UN reports that  International Atomic Energy Agency (IAEA) Director General Yukiya Amano said the agency “has not observed any indications” of North Korea’s Yongbyon Nuclear Scientific Research Centre being in operation since early December, including any reprocessing activities at the Radio Chemical Laboratory or construction in or around the light water reactor.

He added that the IAEA continued, however, to observe “indications of the ongoing use of the reported centrifuge enrichment facility.”

Without access, “the Agency cannot confirm the nature and purpose of these activities,” he said.

The United Nations has released a report entitled DPRK: Needs and Priorities_2019

The report presents a forward from the resident envoy, Tapan Mishra
who is also Chair of DPRK Humanitarian Country Team.

Tapan Mishra says, “An estimated 11 million ordinary men, women and children lack sufficient nutritious food, clean drinking water or access to basic services like health and sanitation. Widespread under-nutrition threatens an entire generation of children, with one in five stunted as a result of chronic under-nutrition. Coupled with limited healthcare throughout the country, children are also at risk of dying from curable diseases,” notes Tapan Mishra.

“This enhances the risk of high rates of disease, as well as malnutrition. This in turn places increased pressure on the health system which lacks the essential equipment and medicines to address them,” says Tapan Mishra

Instead of trying to wipe out millions of North Koreans and kill off an entire generation of children, the United Nations needs to begin practicing what it preaches on “human rights” and

It is not the DPRK that threatens the globe but the current Nuclear Star Wars Arms Race comprised of hypersonic nuclear reentry vehicles opposing outdated American anti-missile missiles and country-killer nuclear drone submarines that the leaders of USA, Russia and China are playing with, gravely endangering the planet.