“The most frustrating fundamental problem for law enforcement,  is that the public has no redress to alleged crimes their top leaders commit,” says FBI agent who does not want to be identified.

by Micheal John with files from Melissa Hemingway  (See Part I “Criminal in White House made America a Shattered Family“. Watch for Part III, “Guilty by Association”, next week.)

The world may soon hear the nasty details from one of Trump’s rape survivors.

On 6 August, a New York judge dismissed president Donald Trump’s attempt to delay a defamation lawsuit brought against him by a woman who accused him of rape.

This decision allows the rape survivor to request and obtain Donald Trump’s DNA sample in an effort to further prove claims that Mr. Trump sexually assaulted her in the 1990s. 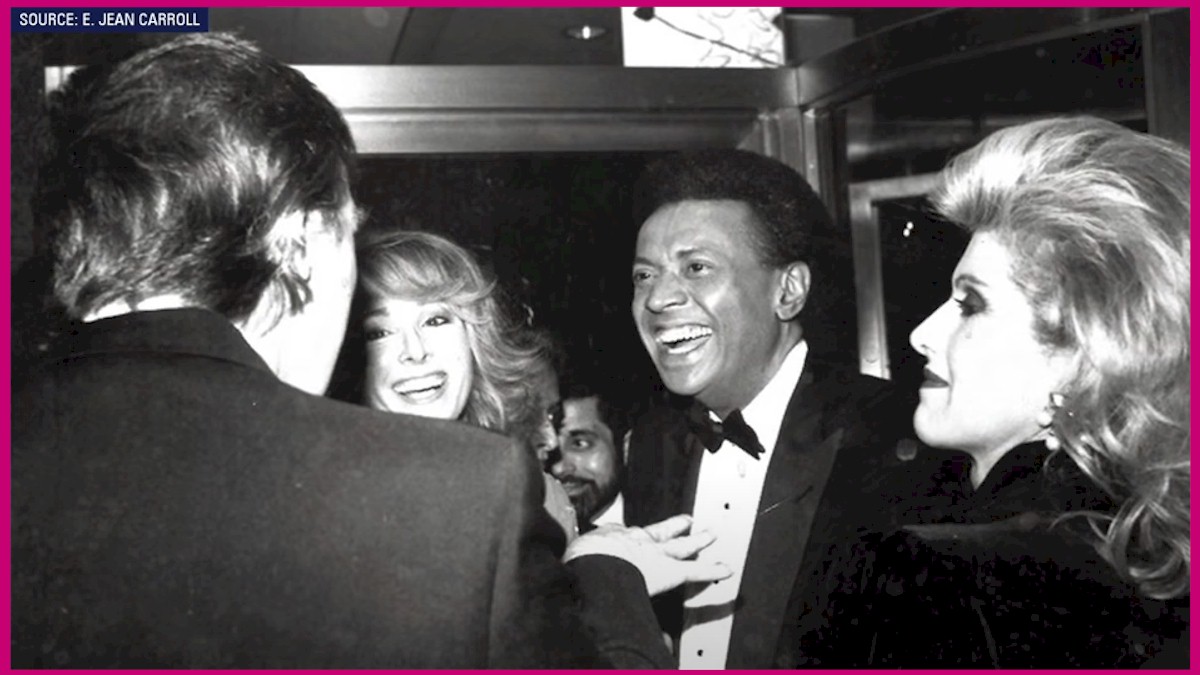 On 6 August, a New York judge dismissed president Donald Trump’s attempt to delay a defamation lawsuit brought against him by a woman who accused him of rape.
Writer E Jean Carroll, left, is suing Mr Trump for defamation after he denied her allegations that he raped her in a New York department store in the mid-1990s and called her a liar. To the right is Trump’s ex wife who also has accused Trump of rape. Photo Credit: Public Domain. Art/Cropping/Enhancement: Rosa Yamamoto FPMag

US Federal law prohibits any employee of the Postal Service from delaying mail. What about the US President?

Whereas in the United States it is generally accepted that a sitting US President cannot be charged under the criminal code, and therefore is above the law as Trump well knows, the only jurisprudence is in public opinion relying importantly on the observable facts and perhaps more on the perceived reality.

The only penalty is in the assignment of trust and the electors’ vote.

Donald Trump is a yet-to-be convicted criminal and as such he has achieved impunity from the aforementioned punishment by suppressing the electors’ mail-in votes during the worst disease epidemic in American history.

Trump has opposed Congress’s moves to fund the cash-strapped US Postal Service.

“They need that money in order to have the post office work so it can take all of these millions and millions of ballots,” Trump said to Fox News Business’s Maria Bartiromo. “If they don’t get those two items, that means you can’t have universal mail-in voting because they’re not equipped to have it.”

Federal prosecutors in New York arrested former senior Trump adviser Steve Bannon and three other men. They have been charged with allegedly defrauding hundreds of thousands of donors to an online fundraising campaign to build portions of wall along the U.S. border with Mexico.

Lloyd Hitoshi Mayer, a University of Notre Dame law professor who researches nonprofits, explains what’s going on and what the consequences could be. Read more.

Meanwhile The Credibility and the Capability of the US Postal Service has been Slaughtered by Trump since June 2020. Mail is not getting through. 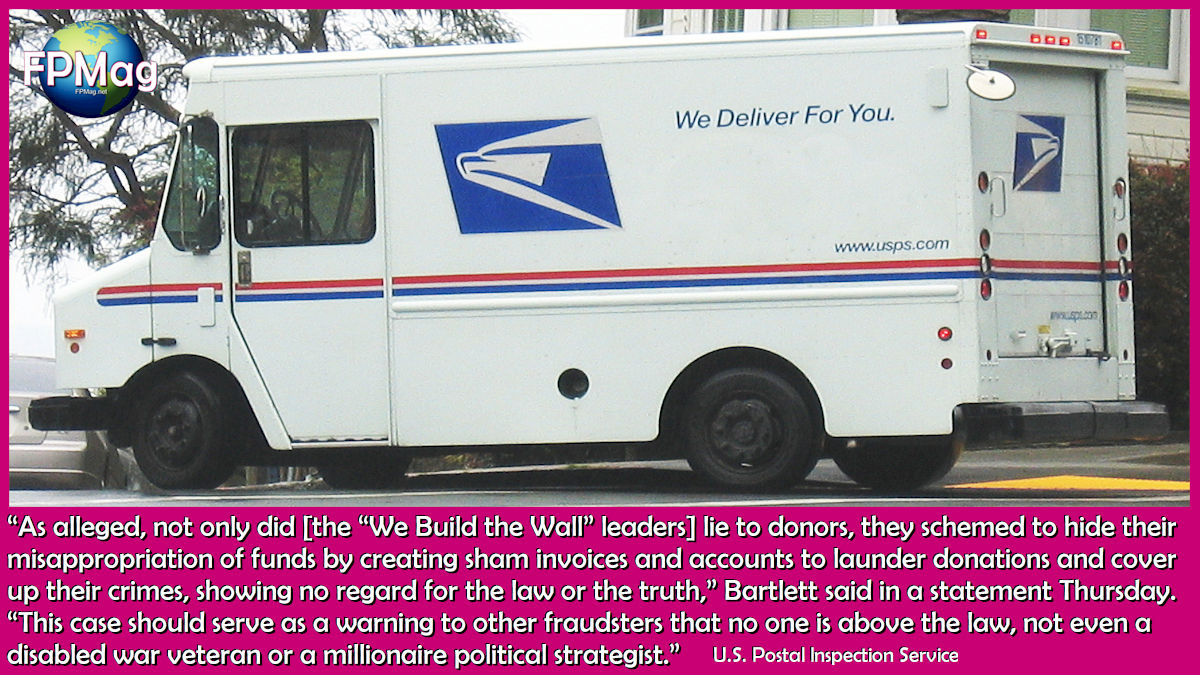 “As alleged, not only did [the “We Build the Wall” leaders] lie to donors, they schemed to hide their misappropriation of funds by creating sham invoices and accounts to launder donations and cover up their crimes, showing no regard for the law or the truth,” Philip R. Bartlett, Inspector-in-Charge of the U.S. Postal Inspection Service’s (USPIS) said in a statement Thursday. “This case should serve as a warning to other fraudsters that no one is above the law, not even a disabled war veteran or a millionaire political strategist.” Photo Credit:USPS
Art/Cropping/Enhancement: Rosa Yamamoto FPMag

Commit the Crime with a plan to blame someone else.

Two things of considerable weight have been observed in the modus of the Trump White House.

Mr. Trump commits criminal acts and then Mr. Trump projects those acts on others saying things like “the crime is being committed by Congress” occasionally substituting  the accused with House Speaker Nancy Pelosi; Amazon CEO and Washington Post owner Jeff Bezos; China; Robert Mueller; and ‘The democrats’.

Character assassinating is one of Mr. Trump’s pastimes. Today the public officials at the Food and Drug Administration (FDA) in the United States have been decimated. The people Trump hired to work with him at the FDA no longer can be trusted to approve and distribute a coronavirus vaccine and that the Centers for Disease Control are also an untrusted organization with no credibility.

Mr. Trump by his words and deeds tells Americans and people all around the world that he is an authority and has approved of the use of hydroxychloroquine. 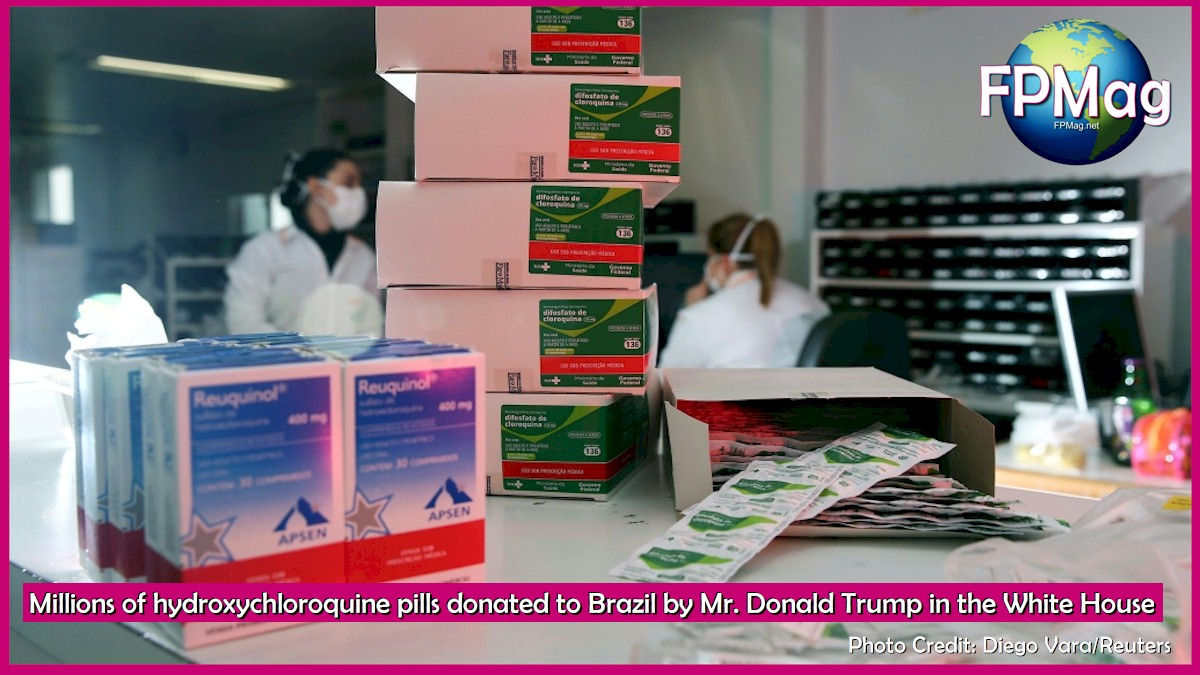 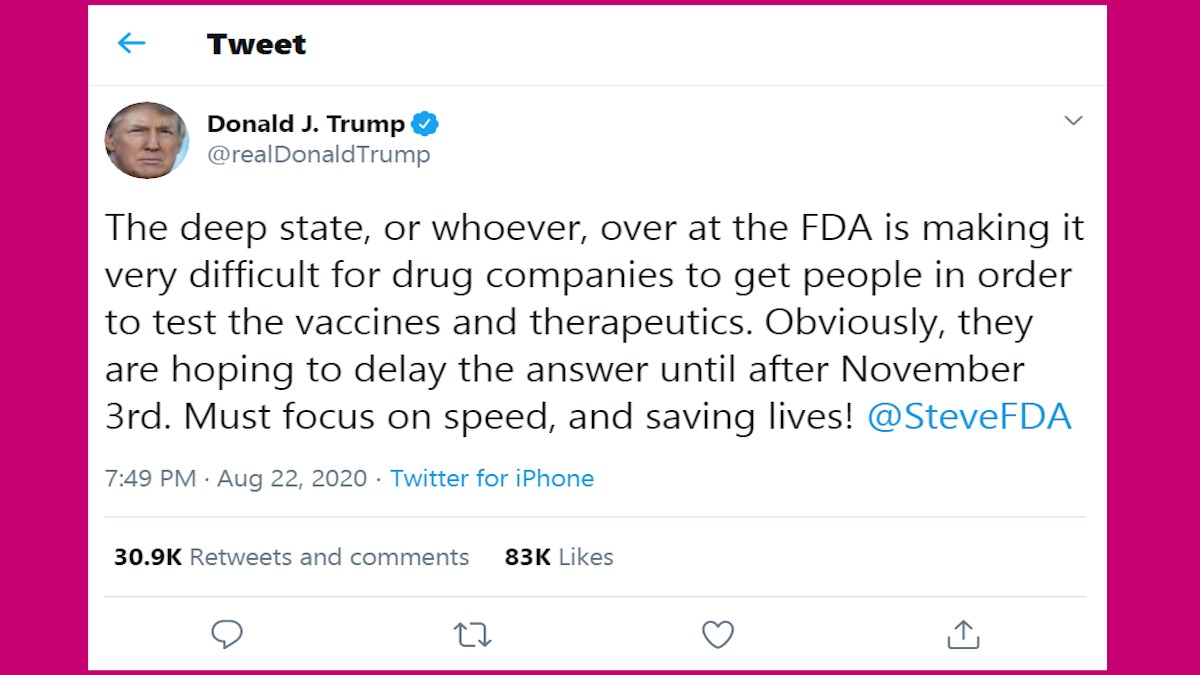 The deep state, or whoever, over at the FDA is making it very difficult for drug companies to get people in order to test the vaccines and therapeutics. Obviously, they are hoping to delay the answer until after November 3rd. Must focus on speed, and saving lives!
@SteveFDA

By now it seems clear that Donald Trump engaged Russia in “an aggressive, multifaceted effort to influence, or attempt to influence, the outcome of the 2016 presidential election”.

That’s what the 5th installment of US-Senate-Report-on-Trump-collusion-with-Russian-volume5 says. The facts say the same things but moreover the same tactics are being used plus a few others to interfere with the 2020 election.

Robert Mueller’s investigation of Russian interference in the 2016 election identified 10 instances of possible obstruction of justice by Mr. Donald Trump. Some 1,000 former federal prosecutors agreed that Trump’s conduct, had he been a private citizen, would have resulted “in multiple felony charges for obstruction of justice.”

“Breathtaking level of contacts between Trump officials and Russian government”.

Senator Mark Warner, the authoring committee’s vice chairman, has stated that the bipartisan US Senate Report sets out a “breathtaking level of contacts between Trump officials and Russian government operatives that is a very real counterintelligence threat to our elections.”

Trump impeached by Congress for similar activities in Ukraine.

Historian Douglas Brinkley said in 2019 that, “There is no president that lied as if they were a form of breathing, except Donald Trump.” But lying isn’t an impeachable offense, right? Wrong. The very first article of impeachment against Nixon accused him of “making or causing to be made false or misleading public statements for the purpose of deceiving the people of the United States.” 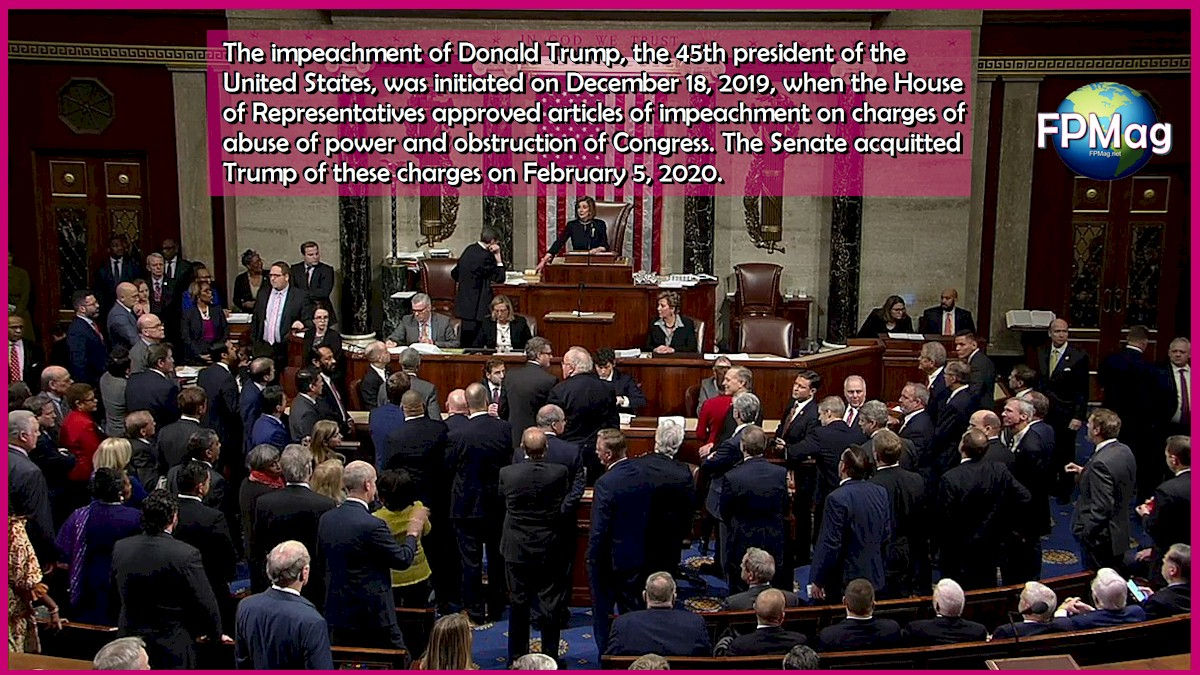 One of the more curious criminals is Roger Stone who seems to have been covering for Trump in exchange for a pardon. He got his sentence commutated.  (Stone-Roger_Jason_commutation_warrant_7.10.2020)

In November 2019, Roger Stone was convicted on all seven criminal counts of obstruction of a congressional investigation, five counts of making false statements to Congress, and tampering with a witness. 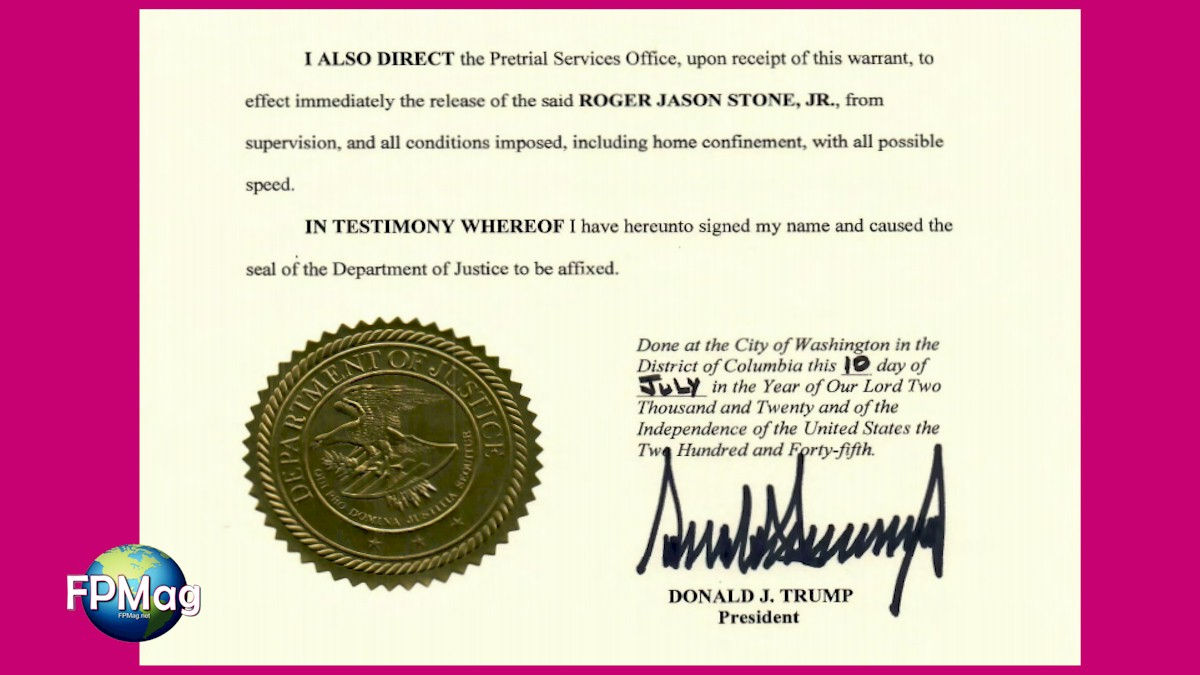