The Russian Federation Security Council finished voting a few minutes ago to recognize that Donetsk and Luhansk republics will not be respected under the Minsk II agreement therefore Russia must and will recognize the sovereignty of these states.

A final decision rests with Vladimir Putin. He says he will make that decision today.

In a busy news day, Alexander Lukashenko of Belarus said “Russian troops might not ever leave his nation unless NATO pulls back from Eastern Europe,” in a flippant reaction to a question.

Nearly 70,000 elderly persons, children and their moms from the two republics have been evacuated from Donetsk PR and Luhansk PR. Local members of a RINJ Women chapter have been assisting with the transportation and the health care of disabled and those otherwise in need.

Passionate and rational statements, nevertheless some quite emotional, of the many members of the Russian Security Council have today spoke in favour of accepting that Donetsk and Luhansk republics, after eight years, are recognized by the Russian Federation as independent nations.

Vladimir Putin, Chairman Security Council said  “We must decide together what we will do next and how we must act in the situation that has emerged today,” Mr. Putin said.

Leaders of the self-proclaimed Donetsk and Lugansk People’s Republics, Denis Pushilin and Leonid Pasechnik, have asked Russian President Vladimir Putin to recognize the republics’ independence. The Russian Parliament has already agreed to this measure.

“On behalf of all of the people of the DPR, we are asking you to recognize the Donetsk People’s Republic as an independent, democratic and social state based on the rule of law,” Pushilin stated.

The Defence Minister of the Russian Federation, Minister Sergei Shoigu today reported to a meeting of the Russian National Security Council that some one million people have no water in Donetsk due to shelling of critical infrastructure and hundreds of thousands have no natural gas for heating and cooking.

“Donetsk and Luhansk republics will not be respected under the Minsk II agreement therefore Russia must recognize these states,” said Dmitry Medvedev, deputy chair of the Security Council.

Recently Katie Alsop, Executive Director of The RINJ Foundation made a plea from the Luhansk PR for President Putin and Secretary Lavrov to accept the recommendations of the Russian parliament that Luhansk PR and Donetsk PR be accepted by the Russian Federation as free, independent nations. 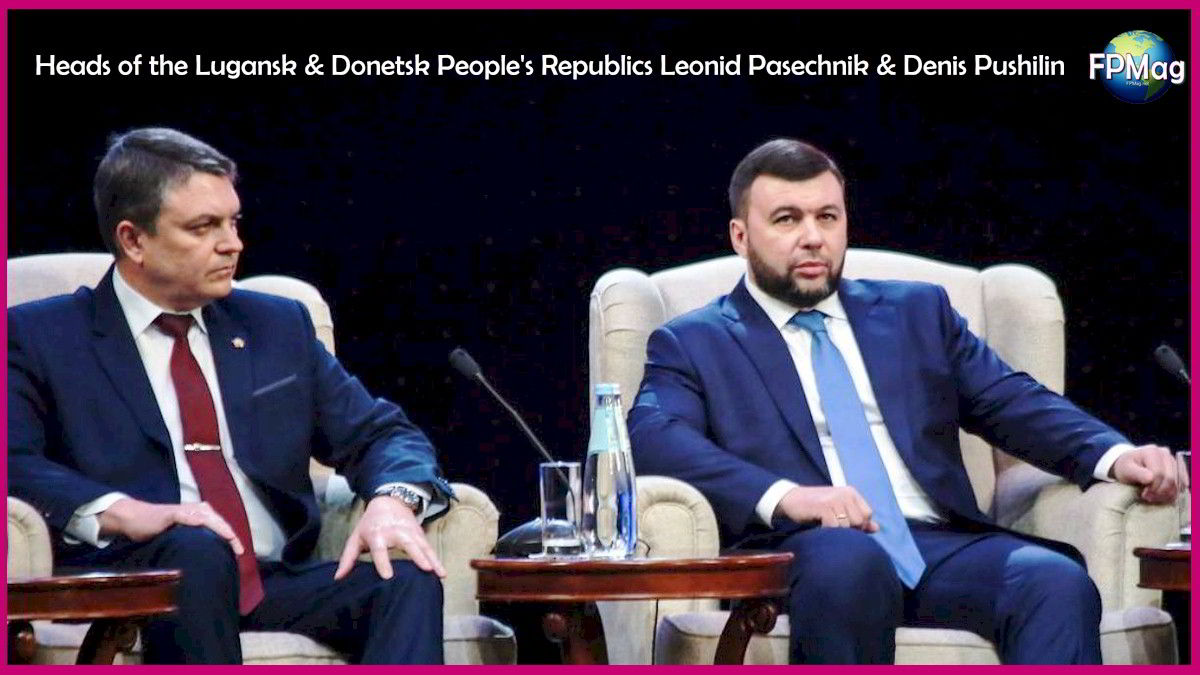 “Inasmuch as the Minsk  and Minsk II accords have not been in force and the parties are now in a considerable exchange of artillery, the Minsk II accord is a thing of the past,” said Ms. Alsop in a statement.

Read statement if you wish: After eight years, Donetsk and Luhansk formerly of Donbass are their own countries.

“What is needed is a ceasefire agreement, a truce, and certification of the Donbass region by both sides, Russia and Ukraine, as fully autonomous with full independence rights and the right of the people to choose the alliances desired by the two Republics, acknowledging the statehood of the two People’s Republics, which they have certainly earned in Luhansk and Donetsk over these past eight years,” Ms. Alsop wrote in a statement on  January 30, 2022

In another statement,  Feminine-Perspective Magazine said its publishers “have recognized the right to self determination of the ordinary people of Luhansk and Donetsk People’s Republics without condition and continue to engage with parties in the respective governments as a neutral, independent journal. FPMag went to Luhansk and Donetsk as well as Ukraine and Russia, seeing nothing to persuade otherwise.”

The Russian parliament has asked Vladimir Putin to approach the Security Council of Russia to accept its democratically voted approval of Donetsk PR and Luhansk PR becoming Russian Federation accepted as independent nations. Today the Security Council met to discuss this matter. The meeting was open with translation.

This was an important step because the biostatisticians and infectious disease scientists working with the Civil Society Partners against COVID-19, to which FPMag is a partner, has established a reporting relationship with the regions of South and North Ossetia, Transnistria and both Luhansk PR and the Donetsk PR. FPMag has reported for the period of the pandemic on these data and other important epidemiologic developments, of which there have been a few since Luhansk PR became a test region for the effectiveness of the Sputnik Light single dose vaccine as a fast track intervention for predictable serious high community spread remedial action. 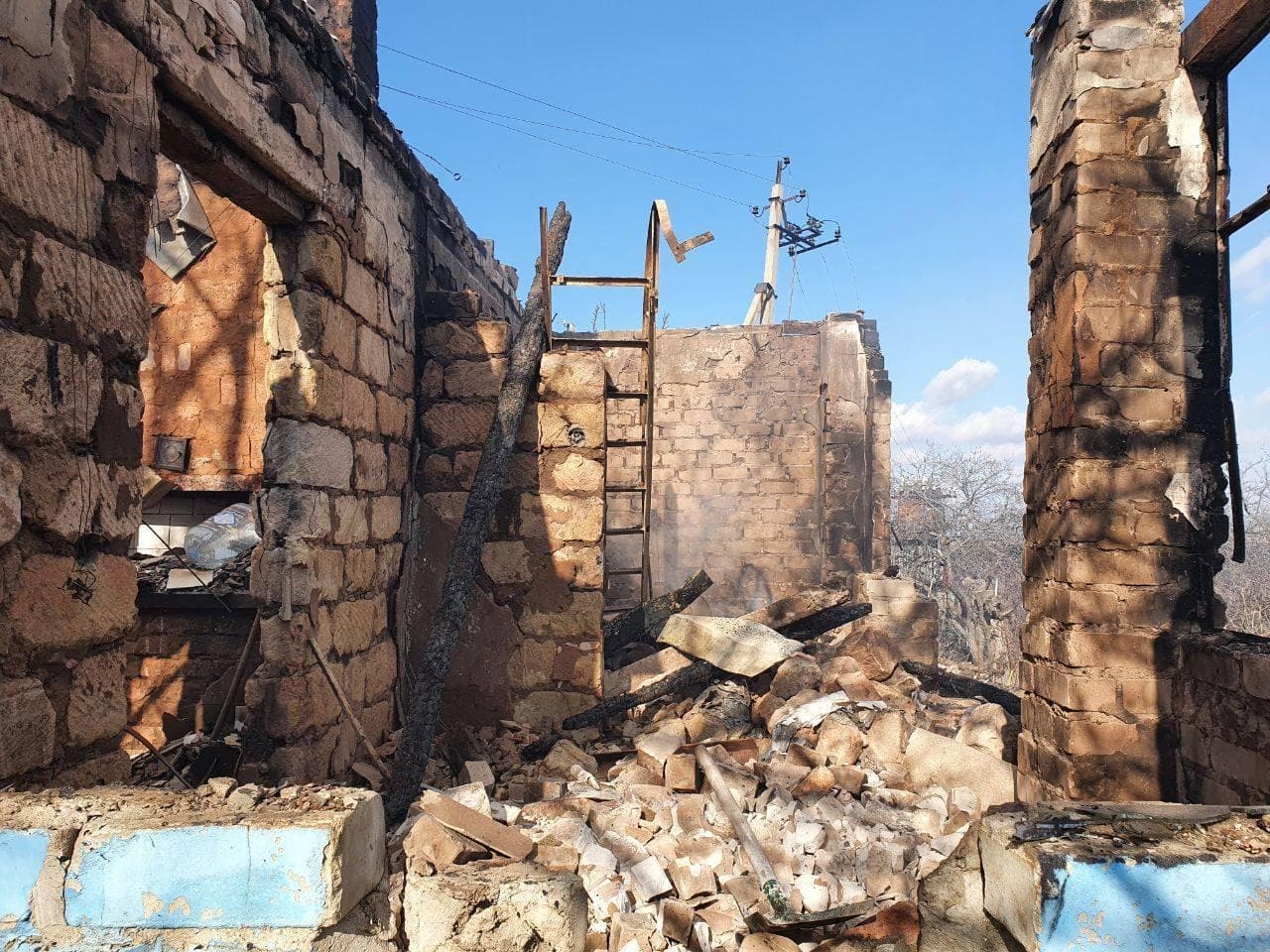 Donetsk PR is suffering serious attacks on its infrastructure. One million civilians are without clean water. Hundreds of thousands have no gas for heating and cooking. Photo credit: source supplied by RINJ Women humanitarian workers in Donetsk PR.

Example of COVID-19 reports referenced in this report.


In addition to some 70 other nations which are publicly set out as users of the Sputnik V vaccine through various channels including donations, Abkhazia, Donetsk, Luhansk, South Ossetia, and Transnistria according to both official and unofficial sources to CSPaC are receiving as donations from Russia, and using, the Sputnik V vaccine made by the Gamaleya Research Institute of Epidemiology and Microbiology. North Ossetia-Alania, a former autonamous region of the Russian Federation, is tracked because of its relationship and population intermingling with South Ossetia and Georgia. Ukraine has been added because of the May 2 0 1 4 ongoing war and the 24 February 2 0 2 2 Russian Federation military intervention on behalf of the Luhansk PR and Donetsk PR republics.