Editorial: This is not a drill. Biden warmongers kill us women, kids in Ukraine and you are next, girl, as war expands

This is not a drill. We know from our sisters in Russia that nuclear weapons are ready for immediate use.

“Misogynists Joe Biden and Boris Johnson have been publicly called on the carpet and repudiated by women for their unwanted advances and overall for their blatant refusal to stop penetrating women’s private space. Is that why they are killing women with a vengeance? Incel, much? All wars slaughter women and children the most. These two ugly men with their NATO puppet Jens Stoltenberg brought women this war with the repeated advance of NATO and the refusal to listen to Russia’s objections and suggestions. These men shelled us and killed our sisters in Luhansk and Donetsk for eight years until most of the young people left. Then they pushed Ukraine into a bigger war that could have been avoided—a Hybrid WWIII that is killing thousands of us women and our children.”

Editorial: A feminine cry from Mariupol to the world, by Guest Alona Adamovich via taped interview brought out Thursday by FPMag Associate Editor Melissa Hemingway with contributions and editing by Sharon Santiago and Katie Alsop.

Alona Adamovich, a Ukrainian who operates the RINJ birthing clinics and women’s shelters in Mariupol for The RINJ Foundation  wants the men of NATO and Russia who brought this war on women and children be denied impunity from real justice. They must be removed from office, she says with 100% support of women contacted in Mariupol. Alona and her humanitarian workers in Mariupol seek an immediate focus on the plight of seniors in Ukraine and also demand that a complaint under UN Res. 1820 be made immediately to the United Nations about the epidemic of rape of women and children in Mariupol city by all combatants including Americans. 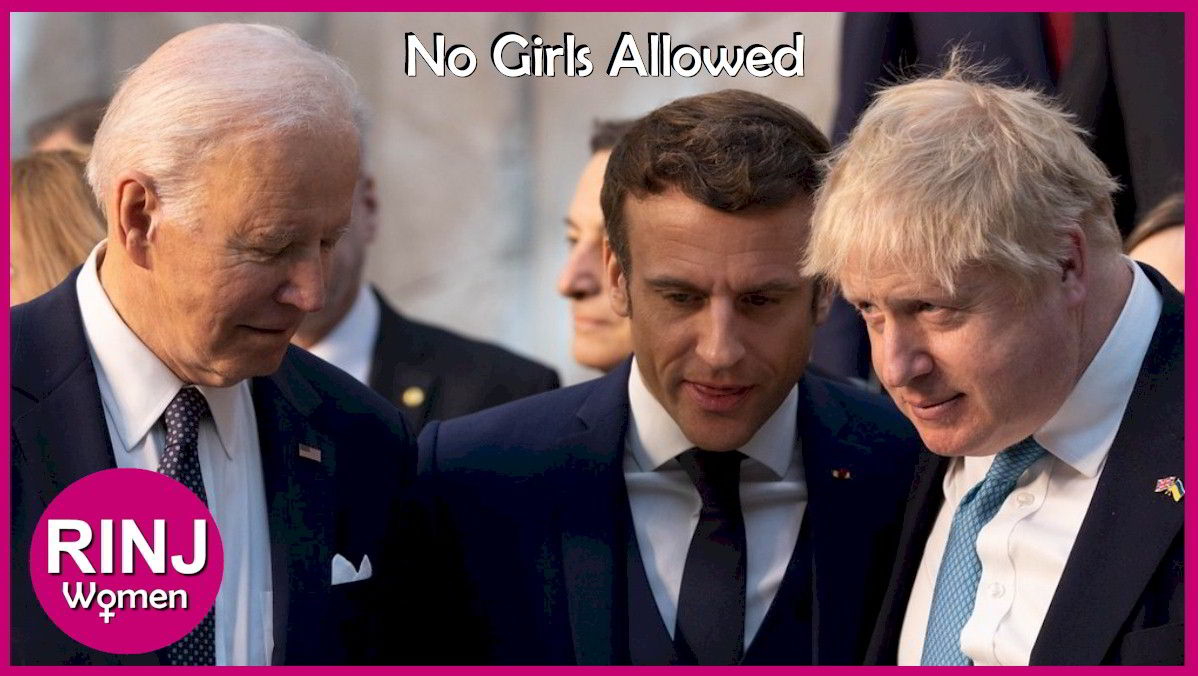 “Ukraine is colony of puppets—a US colony”, agree women in Mariupol.

“America blocks media that tells the two sides of this story.  That is why Feminine-Perspective Magazine will soon be sent to all 4 million members of RINJ Women instead of using Google and Bing news for distribution which are both shadow banning anything feminist—because we women are fringe. We once were 51% of the population, but now 47% because of wars like the American war in Afghanistan and Iraq. This is why more than 300 million men around the world cannot find partners which has had the effect of creating Incel, an involuntary celibate movement among hateful men  and motivating misogyny to violence as a form of revenge for perceived sexual and social rejection of men by women,” suggests Melissa Hemingway in her notes submitting the taped interview with Alona Adamovich from near Luhansk City, not far from where helicopters attacked a fuel depot in Belgorod, Russia.

That block is why RINJ Women must organize its 4 million members globally to oust this patriarch that brought war against women and kids. Those are our smashed homes you oooohhh and ahhhh about every day from your couches in America.

In a televised address in Russia this year, Russian President Vladimir Putin declared Ukraine had “become a colony of puppets—a US colony”.

Biden’s response to Putin was to call him a pure thug,  butcher, murderous dictator, war criminal, and Biden also said as he admitted to losing it emotionally, Putin cannot remain in power.

We women and children do not need sociopathic (street vernacular, a$$hole) leaders with thousands of nuclear weapons “losing it” repeatedly. This is not just unacceptable, it is bleeding insane.

Putin responded succinctly saying “I deem it necessary to make a decision that should have been made a long time ago — to immediately recognize the independence and sovereignty of the Donetsk People’s Republic and the Luhansk People’s Republic.”

America repeatedly lies to the world just so that its President can get more military industrial lobby financing for his lagging political party’s campaign, a party dragged in the mud by Joseph Biden’s monumental and globally catastrophic failures, like Afghanistan, and Ukraine.

CNN panelists and moderators pretending to be experts from over 1000 kilometers away from the conflict, cheer on the killings in Ukraine and in the contested regions particularly where now in excess of 18,000 have been killed according to examiners in the medical ministry of the Donetsk and Luhansk Republics, in the past eight years of this war.

Is this why Barrack Obama told Joe Biden not to run. Obama did not want Biden to run. Biden has been conflicted personally in the corrupt Ukraine puppet show for decades.

Another prominent female shadow-banned by the warmongering digital giants and the Biden warmongering autocracy.

Men like the autocrats Trudeau, Biden, Johnson, Macron and others who have been repeatedly asked by a majority of their electorates to resign, knew that starting a war would slaughter women & kids. These ‘tards did it anyway, playing with the head of guy who has already earned infamy for brutalizing whole populations with his military. This could have been prevented.  These psychopaths did not need to have any more weapons anywhere. In fact the two trillion dollars that they spend on guns, bullets, bombs and nuclear missiles every year should be spent on fixing the God/Human damned planet.

That’s how it goes with all wars. Today many millions of women have been displaced from their lives, some even losing husbands, children, homes—some, thousands, losing their own lives.

For that reason, these leaders must be removed, even if forcibly by authorities, kicking and screaming their impunity recitals. Oust these killers by any means possible because they are cold blooded killers of women and children. If they must be dragged from their chairs and hauled to prison, so be it.

Joe Biden, Jens Stoltenberg, António Guterres failed to prevent the 2022 Hybrid WWIII that is taking or destroying the lives of women and children.

“Sputtering jingoistic drivel about their rights to bring their weapons and play in any playground they choose, these shriveled psychopathic senior citizens  in the last days of their lives are killing us Women and kids. Can you feel us?” Alona moves closer to the tape recorder mic to make her point stand out. The real  emotion in the voice amidst this unspeakable human catastrophe where ordinary nurses are saving lives by reinserting the organs of disembowled women and stitching them up to save their lives from the last blast would make you shiver.

“Leaders like Putin who feel cornered and ignored may strike out. He has already threatened “military and political consequences” if the currently neutral Finland and Sweden attempt to join NATO. Paradoxically, NATO has endangered small countries on the border of Russia, as Georgia learned in 2008, that aspire to join the alliance,” wrote Ronald Suny from the University Of Michigan in: “Hybrid WWIII started in Ukraine follows decades of signs the Patriarchal NATO Eastern Advance threatened Russia” 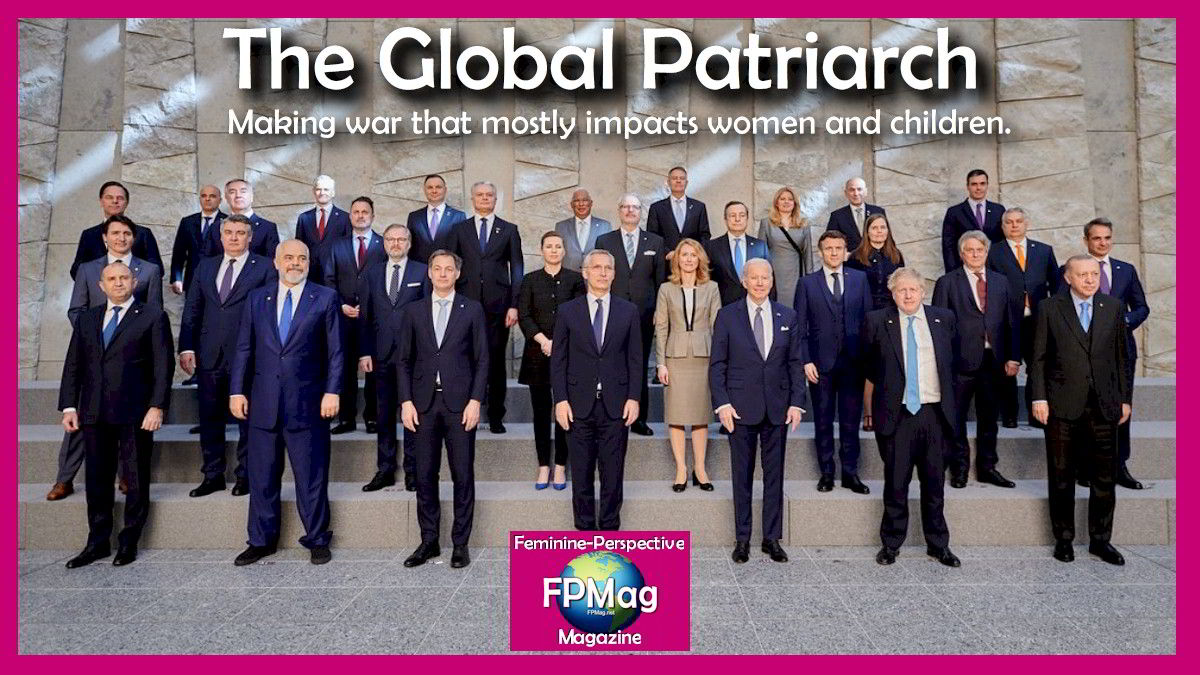 Russia’s security concerns are or may be genuine, and NATO expansion eastward is seen by Russians as directed against their country which is why they support this war to the tune of nearly 80% in polls. Putin has been clear for many years that if continued, the NATO expansion to Russia’s borders would likely be met with serious resistance by the Russians, even with military action. That is why Russians support their leader. That is why America is compelled to lie to its citizens and block all media that tells the truth from the perspective of both sides of the story.

“Among others, Biden’s CIA director, William J. Burns, has been warning about the provocative effect of NATO expansion on Russia since 1995. That’s when Burns, then a political officer in the U.S. Embassy in Moscow, reported to Washington that “hostility to early NATO expansion is almost universally felt across the domestic political spectrum here,” wrote Ronald Suny from the University Of Michigan

“In 2008, Burns, then the American ambassador to Moscow, wrote to Secretary of State Condoleezza Rice: “Ukrainian entry into NATO is the brightest of all redlines for the Russian elite (not just Putin). In more than two and a half years of conversations with key Russian players, from knuckle-draggers in the dark recesses of the Kremlin to Putin’s sharpest liberal critics, I have yet to find anyone who views Ukraine in NATO as anything other than a direct challenge to Russian interests,” wrote Ronald Suny from the University Of Michigan.

“Today we are asking the four million members of The RINJ Foundation to sign up at Voices For Peace and to watch for emails that share with you what actions are being organized for women’s rights in your country,” advances Dale Carter from Ukraine.

The article " Editorial: This is not a drill. Biden warmongers kill us women, kids in Ukraine and you are next, girl, as war expands " was written by Author: Katie Alsop (Biography, Email) Staff Writer Feminine Perspective. FPMag correspondent for the Middle East and Europe.
Contact Katie Alsop on Twitter ~ Facebook ~ Find on YouTube