Disband Canadian Federal Police Force. The provinces will do a better job.

Working closely with gas company officials a year ago, Canada’s militarized federal police force acted against Wet’suwet’en indigenous people no differently than does China’s police repress Uighurs in Xinjiang according to evaluation of detailed reports on both crises.

“The only difference,” suggests Simon Baldock, a security analyst currently on an assignment in Venezuela,  “is that the Uighurs  have a better chance of survival than do the five thousand-year original inhabitants of British Columbia in Canada who have snipers sighting them, with kill orders.” 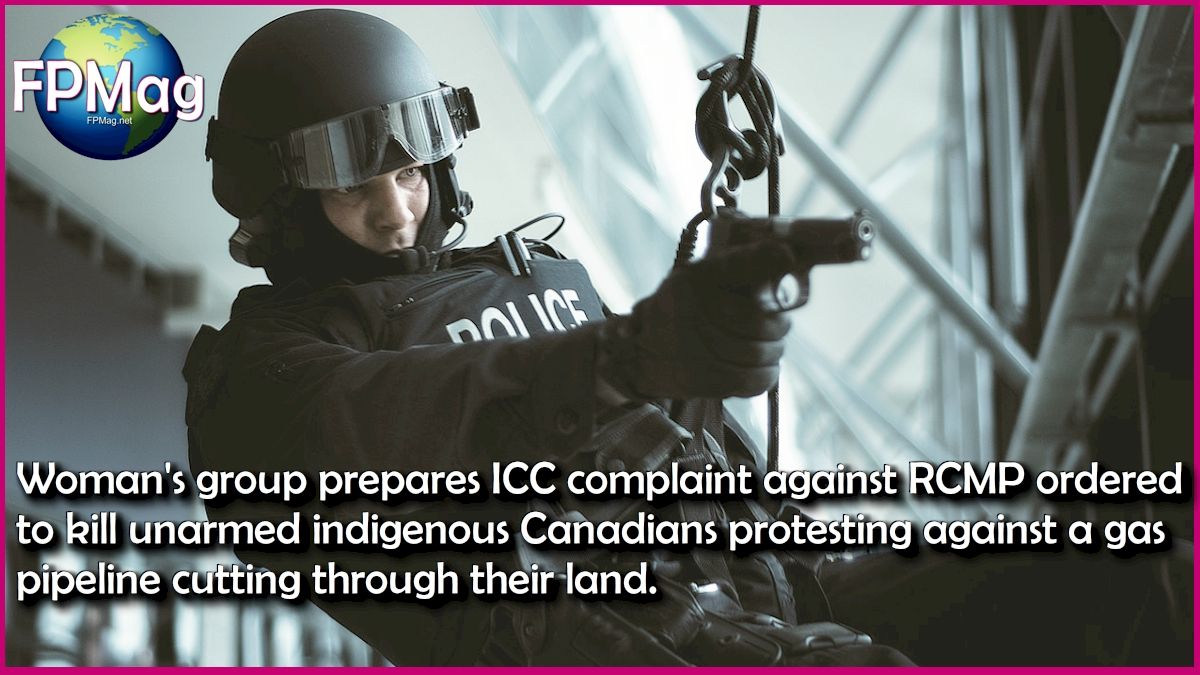 Owing to lack of government oversight and controls and also due to pervasive findings of perjury and collusion with fellow officers at death inquiries, the Courts, as in the cases of Regina vs. Const. Kwesi Millington; the August 2015 murder of Myles Gray which is still before the Courts; and hundreds of other cases, have been unable to deliver justice to Canadians in matters of RCMP violence and other wrongdoings.

The Royal Canadian Mounted Police (RCMP) paramilitary force has a reputation for rape and misogyny that spans tens of thousands of complaints that get shoved under a carpet.

The Federal government of Canada has betrayed all Canadians by using a militarized police force to force its will on the people of Canada for a gas pipeline.

If Ontario and Quebec can successfully operate valid police forces that protect Canadians in a million square miles of Canada, so too can the provinces in the rest of the country do the same, perhaps with shared resources from the larger provinces. The federal government must disband the RCMP which comprises a clear and present danger to the people of Canada and feels it has the right to murder indigenous Canadians who carry protest signs and refuse to obey unlawful provincial court orders before their appeals have been heard.

The threat of murder of the Wet’suwet’en is not only a crime against the people of Canada but also a failure of the Dominion of Canada at the federal level.

It is every Canadian’s responsibility to protect the people of Canada from rogue elements of its elected government if the elected representatives of government refuse to do that.

From the federal government lying about aerial bombing and killing children at an ice cream factory in Mosul, Iraq in November 2015, to the RCMP raping and killing Canadians then planning the deaths of indigenous Canadians who wanted to protect their lands from gas company invasion, the mismanaged elements of federalism are unlawful rogue elements posing a clear and present danger to Canadians. 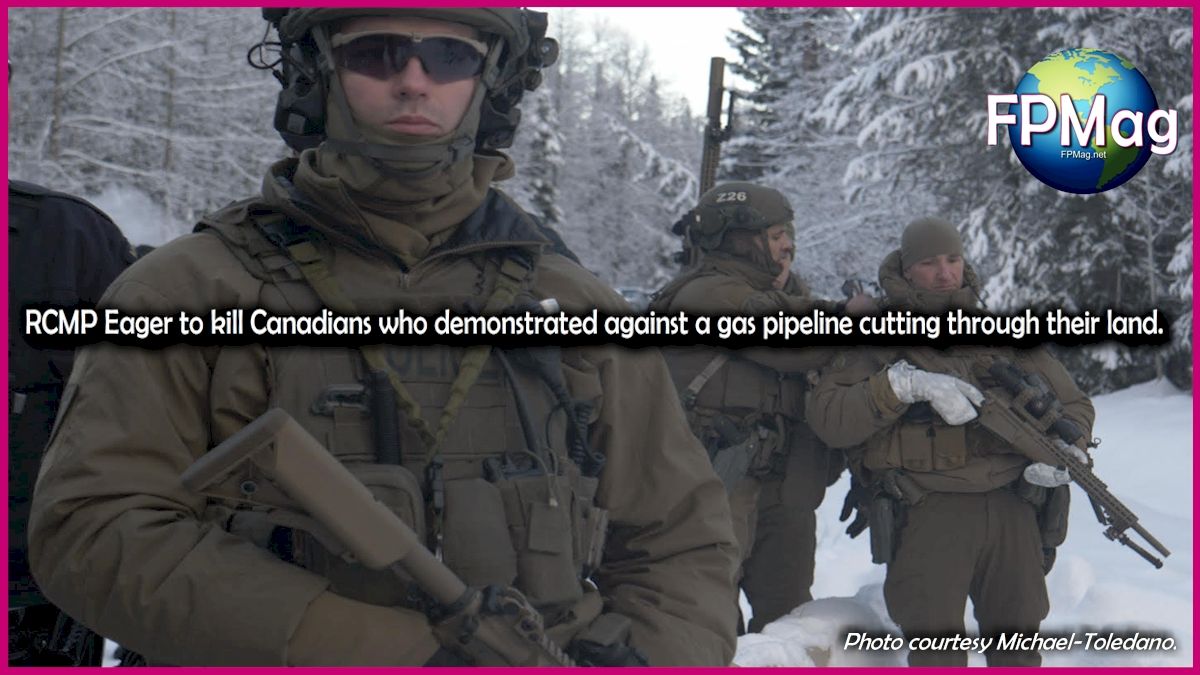 RCMP Eager to kill Canadians who demonstrated against a gas pipeline cutting through their land.

The RCMP is a patriarch of males who collude and perjure themselves to create impunity from the courts for murder and rape. Now they want to kill indigenous Canadians. The RCMP must go!

A Royal Commission of Inquiry into Certain Activities of the RCMP established on 6 July 1977 which issued its final report in 1981, recommended that RCM police be required to obey Canadian law and that judicial authorization be required before police could open citizen’s mail. Courts have by extension extended this to digital communications but human rights have been sketchy in this regard. The commission’s principal recommendation was to remove responsibility for national security from the RCMP and assign it to a new civilian spy agency. This recommendation was followed with the establishment of the Canadian Security Intelligence Service (CSIS) in 1984 which continued the male-white supremacist traditions of the RCMP, further enhanced by cross-training with American counterparts.

Note: A preliminary report of The RINJ Foundation on the activities of the CSIS cites several sources to say that the CSIS organization has been attacking human rights defenders, and attacking journalists it sees as activists in Canada, including journalists working for the former media conglomerate known as “Maclean Hunter” and also journalists working for the now Rogers-owned Maclean’s Magazine as well as some CBC reporters.

Rape, Sexual Harassment, Sexual Assault and general misogyny are wrongful conduct for which the RCMP and CSIS are renowned.

In October 2016, RCMP commissioner Bob Paulson apologized to Canadians for what he referred to as “shameful conduct” by the RCMP.

But according to a spokesperson for The RINJ Foundation, that “internal investigation was a whitewash and the number is much more than a quarter million women including those civilians in rural environments who have made first hand complaints from indigenous communities,” says Karinna Angeles of the global women’s civil society group.

“Thousands of rape/slay cases exist among the missing or murdered 10,000 missing indigenous Canadian girls whose whereabouts are still unaccounted for,” she added.

“The Royal Canadian Mounted Police (RCMP) is tied to an American law-enforcement infrastructure with cross training that encourages extreme violence,” and trains in tactics of population suppression adds the women’s group’s head security officer for Canada.

“In our experience, since first contact, RCMP have been created by the federal government to dispossess Indigenous peoples of their lands,” the Guardian cites one of the indigenous people. “They have proven [that] through their harassment of my people to support Coastal GasLink in invading our territories.”

Ed. Note: This now appears to be true, in fact documents obtained by The Guardian prove that militarized RCMP members were dispatched to kill the Wet’suwet’en.

“The  Wet’suwet’en people have an even greater claim to their lands than do any other person on Earth, let alone some money-grabbing gas company that is willing to kill Canadians to put bucks in their pockets,” says an angry Monique Deslaurier of the RINJ women’s group. She also says that she plans to return to Canada to organize protests and demonstrations in the new year.

The anger of Canadian women is not to be understated.

One organizer in Quebec City can barely contain her anger when contacted by phone. “We have demonstrated against police misogyny and rape in the past. Does this mean they had snipers poised to kill us?  Well **** them and **** Trudeau who is no better than that son-*f-*-***** Harper…”

“This type of volatile reaction is typical of 60% of responses to emails sent to query RINJ members in Canada,” says Michele Francis from the RINJ organization.

Sharon Santiago, a director of the RINJ global women’s group noted, “We are appalled that that the Royal Canadian Mounted Police (RCMP) routinely plans to kill peaceful indigenous people who are rightfully defending their lands. This is the last straw for this malignantly-infected misogynistic, racist patriarch. America’s male-white supremacy mentality has infected parts of the Canadian federal infrastructure. Those elements must be surgically removed” 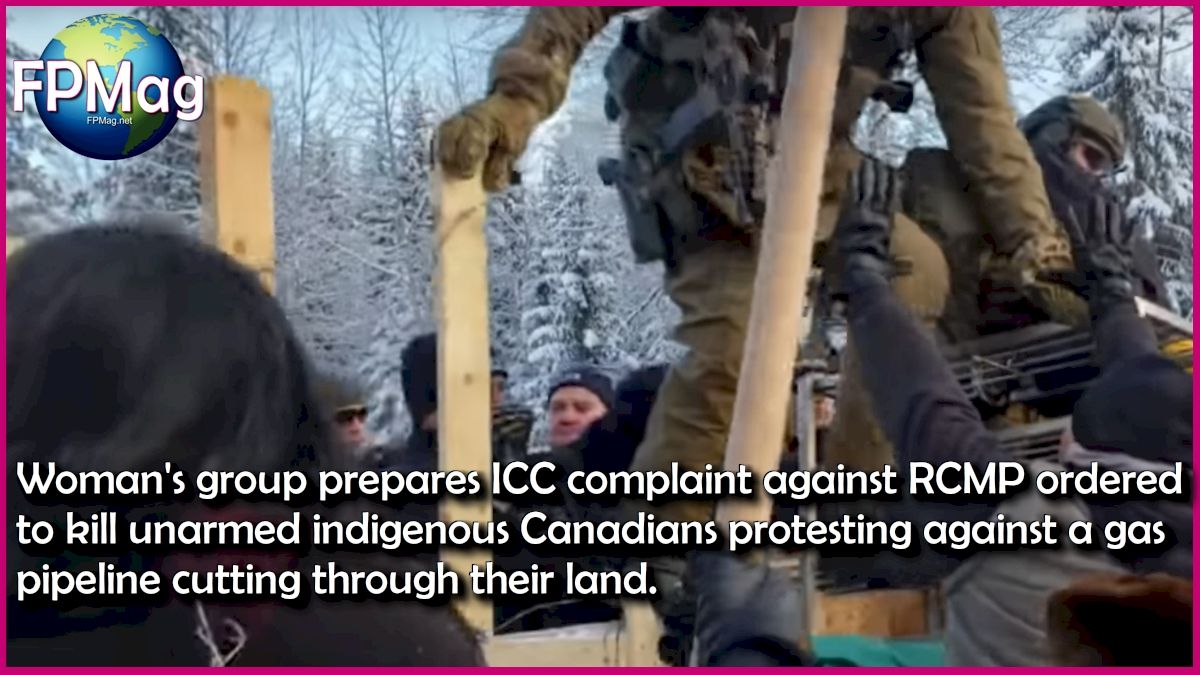 In 2012, after demonstrating against police who told the women, “if you don’t want to get raped, don’t dress like sluts,” the RINJ women’s group campaigned vigorously to encourage women to become police officers. The campaign was a success inasmuch as the percentages on average rose ranging from from none to 21% women in police officer roles with about 14% in command roles. In fact, the women reached for higher than that and suggested that men actually should not become police officers because men are too violent in that role for the most part. What has been revealed about the RCMP supports that assertion.

“If Justin Trudeau thinks he can smooth talk his way through this he better turn on the TV and look at the riots around the world, says Katie Alsop of the RINJ group. People are fed up with authoritarian governments that do not put constituents ahead of leaders’ personal goals. The government of Canada does not have a leg to stand on when it claims the right to murder Canadians in order to make money for its political friends from natural gas pipelines running through the lands of indigenous Canadians.”

“We believe that replacement police forces, under the jurisdiction of the Provinces, must be  staffed by fair proportions of indigenous peoples and also equal proportions of men and women,” say the women’s group in a complaint letter they have prepared to send to the International Criminal Court and the UN High Commissioner for Human Rights.