“The biggest news from the Kharkiv area is that families are getting slammed with power outages, shortages of everything including electricity, huge explosions and all-night shelling,” explains Lana, an EMS driver and nurse who has just finishing the evacuation of several Kherson orphans to a faith-based care facility in Kharkiv.

Russian forces have been repositioning to the eastern and southern Donbass regions since 8 September, says the Russian Federation’s Defence Ministry.

Observers say Russia has been relocating many troops to Finland via Russia and is in the process of increasing its troop numbers by another nearly 150,000 through ‘recruitments’ in Russia.

The American counter spin says that Ukrainians caused Russia to flee Kharkiv, but sources explain the Russians were never in Kharkiv although Kharkiv has been hit hard with missiles and rockets according to locals FPMag interviewed.

Russian military assets and troops have moved toward the east and south battle lines of Donetsk PR as USA and Ukrainian rockets, missiles and NATO (serial numbered) shells destroy parts of “Kharkiv’s bedroom communities”, according to women humanitarian workers in the Kharkiv region.

“Kharkiv is an extremely important city to Ukrainians in the eastern part of the country, being the second largest city and a heavenly shopping area for all of the Donbass region,” says local woman.

“Kharkiv is a beautiful city,” explains Alona Adamovich, a regional organizer and medical director of the global RINJ Foundation.

“I actually spent a day shopping in Kharkiv last week because we needed medical and surgical supplies for work for which we got some money donated from France, and because I also needed to replace my wardrobe which exists as being whatever I carry in my knapsack these days—my last knapsack burning up in the vehicle I had escaped from,” she added with a restrained laugh. “I love this place,” she added. “This shopping break in Kharkiv was a tonic for my poor stressed out brain, before I hit the road again.”

American media claims Russia has been defeated but civil society on the ground sees something different.

“No, no, no. It is not over. Keep sending support to the Ukraine people, not guns and bombs, but food, stretchers, blankets, shoes and boots and coats and hats, and more medicine, especially chronic illness meds, many of which people cannot find,” says nurse practitioner in a women’s family clinic.

“I am glad I went shopping before the power was cut. Russian missiles blew up some electricity stations and things and there was no more power. The stores without generators are closed, or they have tables outside where they sell their goods and people pay cash. I don’t know when the power will be fixed and back on,” she said.

“Russia has never controlled this area,” she added. “What you say about the West’s reporting is news to me,” she added. “We don’t see Russians here, that’s nonsense. But I have a friend who is dating a Russian helicopter pilot and she says morale is pretty good among his friends. She sent me this video.”

Video great aerial footage. Video made privately by a group of Russian airmen who say morale is high, but they would prefer to be home. 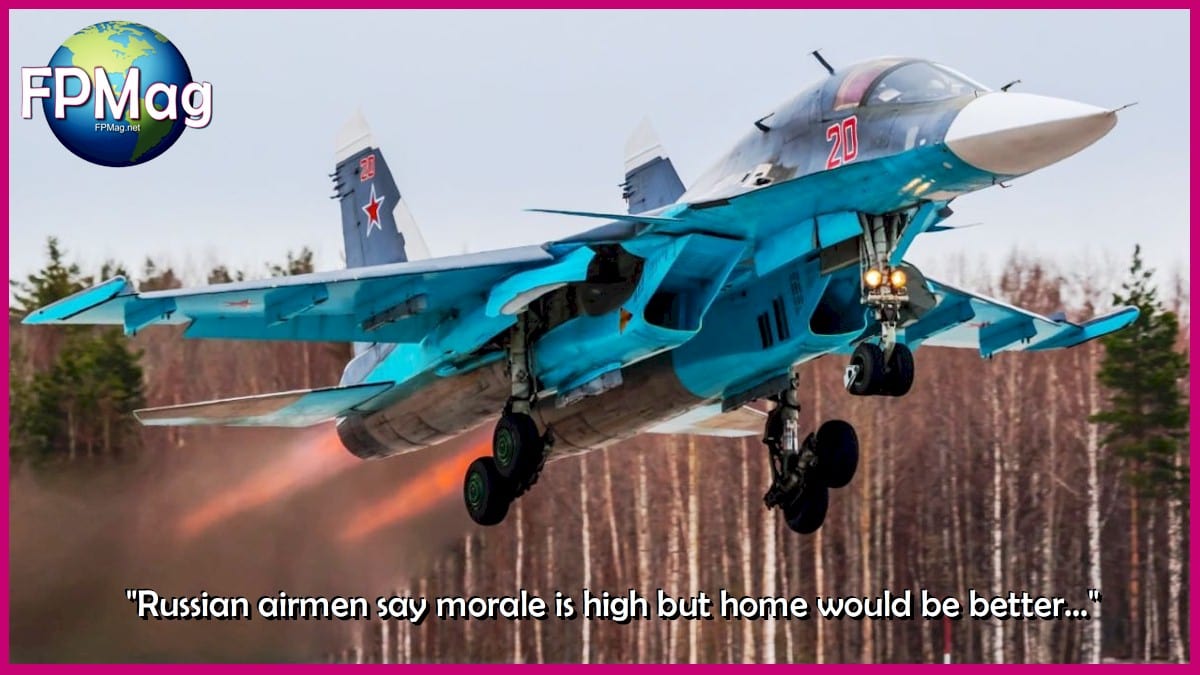 “Ukraine has Balakliia. I think they do. That’s 80 kilometers southeast of here [Kharkiv], and also Kupiansk, parts of Izium, which are all sort of like bedroom communities of Kharkiv that Russia has never held much interest in except as buffers if they wanted to take Kharkiv, but they never did.

“I think that’s how things stand right now but I am not venturing in that direction because thousands of troops are moving into the Kherson area and wherever the Russian soldiers and Ukrainian soldiers go, women and girls are in grave danger, and we must follow and open new shelters, mostly for the orphaned female kids and their mothers if they are alive,” she explained.

“My job is to do a balancing act with 1,157 women workers assigning jobs and locations, transportation and support for each. Then I must expand existing shelters or move everyone to a new one.

“Our women’s shelters down south are already over-filled. We opened a new location in Mariupol which is again becoming a beautiful city, and anyone we can evacuate from the Kherson area and from the areas around the ZNPP [Zaporizhzhya Nuclear Power Plant] area, we get them out. We bring them to Mariupol. We have a very strong local involvement there. We have as many volunteers as we have evacuees and sheltered women and girls,” Alona added.

“It is very sad that each woman or girl we meet has nobody. Their family has been killed or has become separated and they have nothing and nobody and no home to go to…”