Local RINJ humanitarian workers in Donbass who speak both Ukrainian and Russian have witnessed Ukrainian soldiers shooting elderly civilians who refused to leave their homes and come away with them last week. Today FPMag sources say they compared notes with many people and found this to be a common occurrence.

Today, following the victory of the Luhansk people’s militia setting free the LPR under the leadership of Luhansk Commander-in-Chief Leonid Pasechnik, partnered with and supported by Russian Federation fighting units, many of the Luhansk people met cautiously in homes and community centers. They compared notes, shared experiences and either sought or gave needed assistance to fellow LPR citizens.

By Melissa Hemingway in Ukraine, reporting on what last week seemed like an isolated incident but after attending a local community center she learned it is quite common for Ukrainian soldiers to kill people they identify as Rosiyski prykhylnyky. (Russia supporters.) 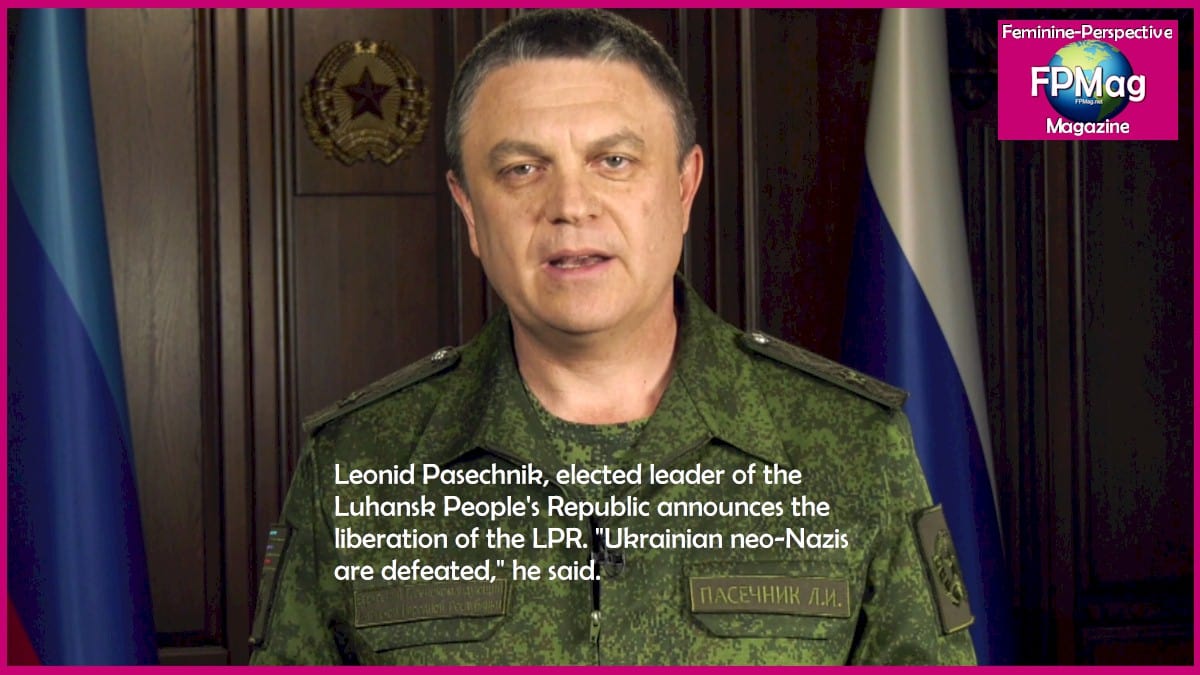 Last week, eleven Ukrainian soldiers came to the home where Miranda and her sister live with four elderly adults. The young women work in the kitchen as volunteers in the same women’s shelter in a besieged area of Donbass.

Normally the two young ladies live with their widowed grandmother but even before the Russian military operation, shelling by the Azov Brigade destroyed homes nearby and Miranda took in the three surviving neighbours, also elderly folks, so now there were six women living in the old, humble home.

Occasionally they all pull duty at the women’s shelter or help a woman driving a small medevac bus which fetched the injured civilians to a hospital or clinic depending on the urgency of the cases.

The Ukrainian soldiers at Miranda’s front door were saying they wanted everyone out of the house. They said that the people should gather and meet them near a named factory for protection.

Miranda who is Ukrainian living in a formerly Ukrainian-occupied area spoke Ukrainian pretending to be grateful yet panicked and eagerly asked if she could carry some belongings. They said, “Yes, get that ready and come to the factory”.

“Please wait there for me and my grandmother,” she called out to them as they began to move toward other homes, approving of her willingness to cooperate.

“Hurry, hurry,” they said to Miranda.

Miranda said later that her sister told her she knew that the people being rounded up would be used as human shields if the soldiers wanted to make a last stand as they were fleeing the larger area, near Lysychansk.

The soldiers split up and were now both next door and across her street.

Miranda, from an upstairs window watched as the men talked to the woman next door.

Then the husband next door came outside very perturbed. He was still putting on his shirt over his undershirt while coming out the door to the front porch. He seemed agitated, Miranda recalls. “His words were not all clear but his hand gestures indicated he was telling the soldiers to leave. The soldiers shot him as his wife threw herself at the soldiers, screaming ‘Noooo’, her arms outstretched, when they raised their guns. Then the soldiers killed her and left.”

After a few minutes, Miranda ran next door sobbing. She found the two dead and the teenaged boy who lived there sobbing over the two bodies, his grandparents. Her sister kept a lookout.

“What happened?” Miranda asked of the teenage boy.

“Pop-pop was telling them he only speaks Russian and they would need to learn to speak Russian because the Russian military and the Luhansk militia would soon be here and throw [badwords] out of our village.”

The boy was very distraught and clearly, for most of his life, at least nine years, had lived under the constant fear of shelling, cluster bombs and sniper shots coming from multiple directions.

“The region is almost 95% ethnic Russian. Anyone who is devoted to Kiev left the area years ago as the persecution of ethnic Russians grew more popular with Ukrainians and the shelling of Luhansk continued from 2014 as the Russian language was banned in Ukraine, according to the locals,” Miranda explained. 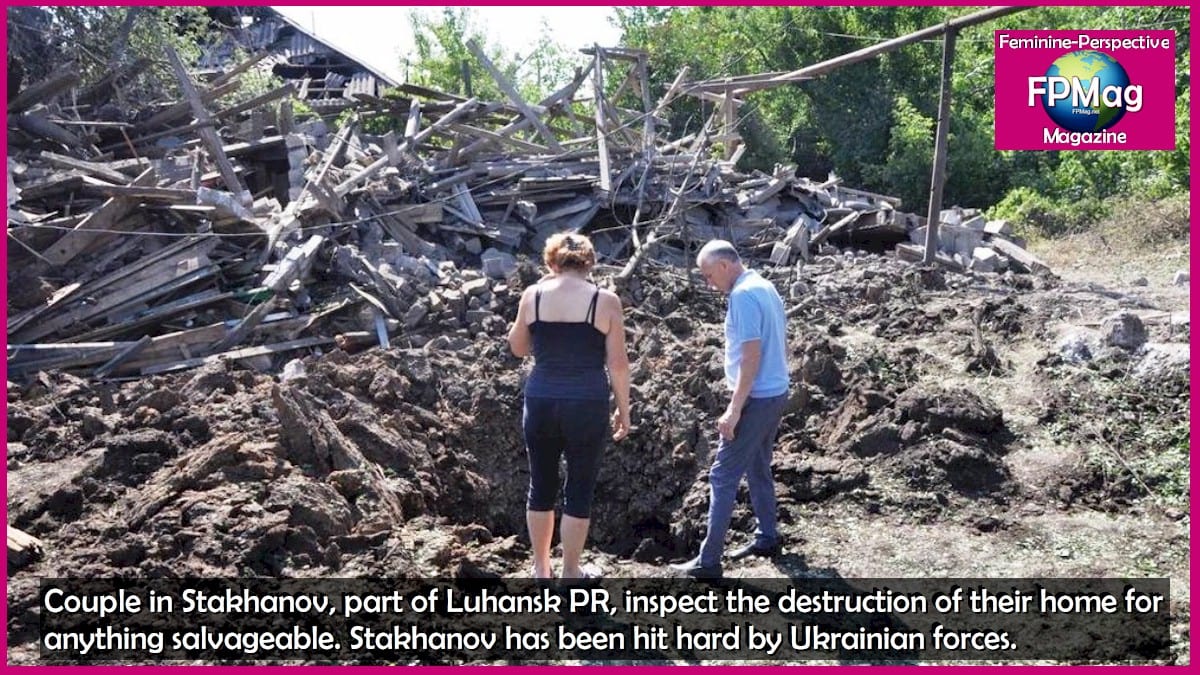 Couple in Stakhanov, part of Luhansk PR, inspect the destruction of their home for anything salvageable. Stakhanov has been hit hard by Ukrainian forces. Photo credit: Source Supplied.

Video: Nearly ten years of waiting for their liberation, people of the Donbass cheer for the arrival of a few Russian soldiers.

Miranda’s story is one most people will never hear because the West is controlling the message and banning journalists from reporting both sides of the story.

“For us there are no sides because war is war and as such is a reprehensible human male behaviour.  The conduct of all sides in this bloody catastrophe in Ukraine is deplorable and must stop immediately. Russia has helped the two republics defend themselves and now it is time for the fighters, all fighters, to go home to their families and be thankful they are still alive, because many thousands upon thousands are not. They must also start voting for better leaders, women only,” notes Dale Carter, security director for The RINJ Foundation.

Alina Lipp is an independent freelance journalist residing in Donetsk who has been translating the Donetsk news into German. She has a Telegram channel at https://t.me/myydaily