You can Google this article by Melissa Hemingway  – Feminine-Perspective Staff

To Debunk or Confirm the ‘Trump News’ Google

Google search results for “Trump News” shows only the viewing/reporting of Fake News Media. In other words, they have it RIGGED, for me & others, so that almost all stories & news is BAD. Fake CNN is prominent. Republican/Conservative & Fair Media is shut out. Illegal? 96% of….

Our squawky little boy President is right. I tried to Google “Trump News” and I got stupidity, misogyny, hypocrisy, intellectual mediocrity, immaturity, falsity, depravity, sexism, and a sociopath who cheats on his wives, but nothing about a real president. 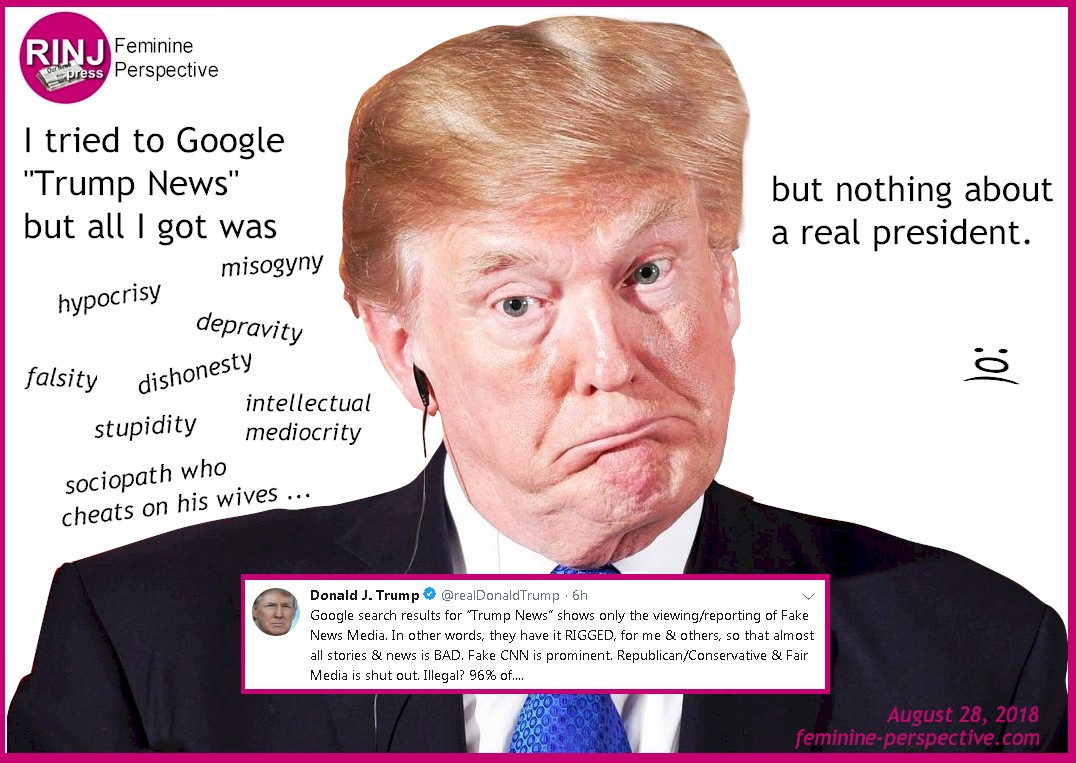 On a more sober note, I truly hope there is no more bad news in Google or anywhere  the remaining days and hours of this August and we can tell you something truly happy, first of September.

Please have a very nice and safe long week end. In many parts of the world children will go back to school next week so keep a sharp eye and when driving a vehicle slow down near school zones.

Humanity lost a beacon of goodness a few days ago and I wonder if he beamed that amazing smile of his thanks to that misogynistic buffoon in the White House with his Google-phobia.