Canada, Lavalin. The Demands. The Lies. The Truth. 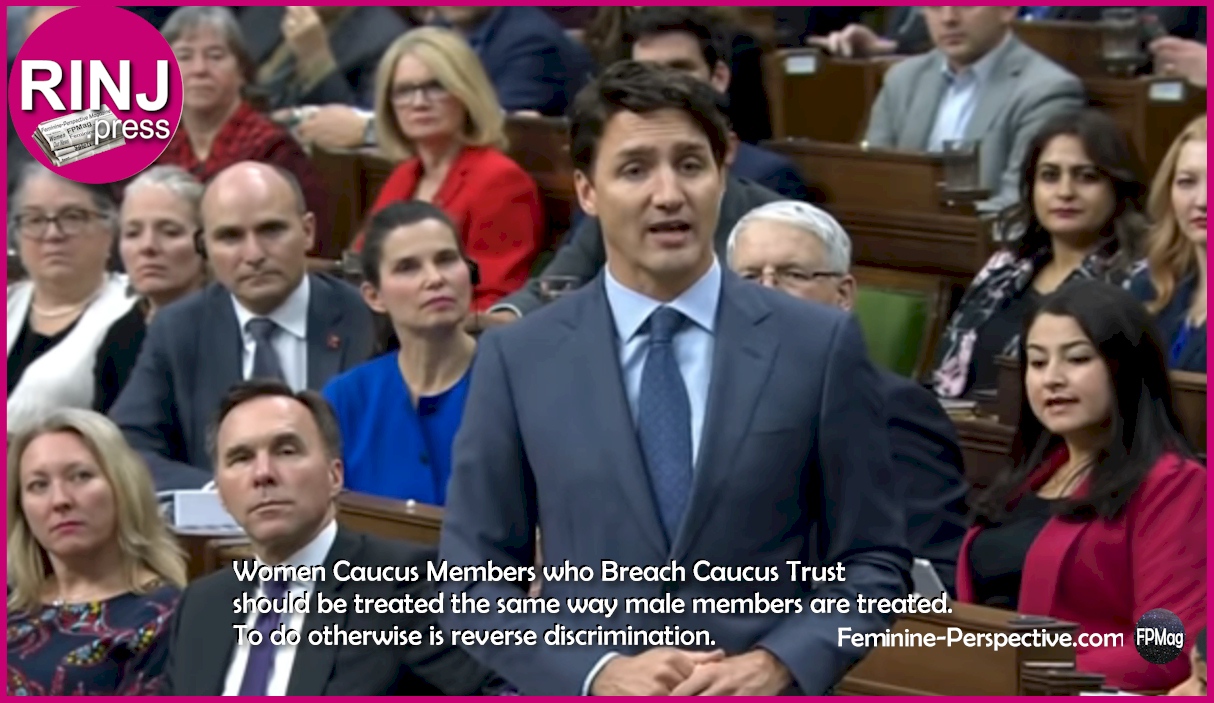 No matter where one has stood in the Libyan regime-change fiasco, it is not a good place. Nobody has the colour of right. Libya is in a mess and a scapegoat is being sought by all sides while war there continues today in the capital city of Tripoli. Lavalin should not be made a scapegoat.

Women Caucus Members who Breach Caucus Trust should be treated the same way male members are treated.To do otherwise is reverse discrimination.

If a male politician was in Jody Wilson-Raybould shoes, he would have been dismissed from caucus in a manner more like being instantly shot out of a cannon so hard and with such G-force his balls would have been wrapped around to his ears by the time his flight path crossed the St. Lawrence River as he headed toward the Bennu Asteroid getting there long before NASA’s OSIRIS-REx.

If one wants to be a Minister of the Crown, lobbying comes with the territory. Everyone has advise for the Minister, male and female.

You do not go to the media to complain that your own Party or the Prime Minister is lobbying you to do this or that thing. The Caucus is correct. This is treasonous conduct.

Like Brian Mulroney used to say, “you dance with the one who ‘brung you'”.

Government officials should not excuse misconduct of  females because of their gender. The aim of gender equality is indeed equality.

These two Members of Parliament stabbed in the back each and every backbencher  of their Caucus. That cannot stand for ten minutes.

Jody Wilson-Raybould and Jane Philpott demonstrated that for them there is no honour nor integrity with colleagues, in politics. Liberal members were angry at the two, particularly Wilson-Raybould. She, when asked by media interviewers if she realized that her sabotage of the government could lead to a catastrophic electoral result for her Caucus associates,  dismissed the question and continued her political sabotage because her demands of the Prime Minister were not met.

These are not “whistle blowers”. How could they be. There is no evidence of wrongdoing among any of the parties until Wilson-Raybould decided to betray her Caucus by going to the media to create a political scandal against her own colleagues.

But there is no scandal. Nobody misbehaved.

Go ask Mary Teresa Barra the Chair and CEO of General Motors Company how it’s going with the harassment she is getting from the male chauvinist pig in the White House? Then stand back. She is not changing plans, she is doing what is good for the company and shareholders in response held the share value high and raise the GM leader’s pedestal higher.

Go visit Sabrina Meng whom Canada kidnapped on behalf of the misogynistic pig in the White House. Don’t think she is waving a hanky or whining to the media. Actually she is kicking Canada back, suing just about every group and institution that has allegedly and from all appearances, violated her rights.

These two women are among the highest corporate ranks in the world and they are not afraid to dish out what they are getting as incoming. Nor are they looking for gender-sympathy in the monstrous battles they must wage to “get it done”.

Wilson-Raybould Demands That were not Met

To Prime Minister Trudeau’s credit, he did not succumb to blackmail.

In order to have Wilson-Raybould end her attack on the Liberal Caucus in the media, the ejected Member wanted Trudeau to compel the new Minister of Justice to deny SNC-Lavalin a chance at an alternative case disposition. In other words her allegation of interference she complained about is disingenuously her demand of the Prime Minister.

Basically she wanted Trudeau to give assurances that Attorney General David Lametti, would not do what she had refused to do which was to overrule the Director of Public Prosecutions Kathleen Roussell who wants a messy public criminal trial against a French Canadian corporation. But SNC-Lavalin has asked for a deferred prosecution agreement. The company has made such a request to a Canadian Court.

Wilson-Raybould wanted Trudeau to  fire his principal secretary, Gerald Butts who resigned on 18 Frebruary. She also wanted Trudeau to dump the Clerk of the Privy Council, Michael Wernick and give the heave-ho to senior Trudeau adviser, Mathieu Bouchard.

All of these demands, Wilson-Raybould,denies, but there is a growing number of people close to the information now speaking out.