US War Criminals Won’t Dodge the ICC (In Depth)

A request to the International Criminal Court seeks an investigation to focus on “war crimes by members of the United States armed forces” and “secret detention facilities in Afghanistan” used by the CIA, particularly in 2003 and 2004.  The prosecutor received an overwhelming 1.7 million allegations of war crimes from Afghanistan. The Taliban and affiliated Haqqani networks, as well as the Afghan National Security Forces, are also subjects of the allegations. Numerous new crimes are coming to light.

with files from Melissa Hemingway and Behar Abassi

The ICC is as potent as a tea bag in the Pacific Ocean. It has convicted since 2003:

That’s it. But the ICC is all we have hence we must get it working.

Last year the Office of the Prosecutor, International Criminal Court said she would ask the Court to proceed with an official investigation of the crimes committed in Afghanistan, mostly by indigenous thugs but a small few by Americans. The world will soon hear the result and if it is positive, an investigation may begin to determine if there is a case to be made against the persons under complaint. It is a long process.

Like every accused before the Court the guilty parties claim innocence and launch attacks on the judicial process. The Trump administration is no exception.

America has a problem. Its troops, while in another country, according to many complaints, commit crimes in violation of international law and the very Geneva Convention America helped forge.

There have been horror stories circulating for fifteen years about America’s secret prisons in Afghanistan.

The International Criminal Court may have the power to charge and prosecute persons committing certain war crimes, genocide and crimes against humanity within the borders of member states in the event that the member state fails to do that or defers to the ICC.  There are over 120 countries where that applies. Afghanistan is one such ICC-member country.

This is a difficult situation for the United States which has a very long record of committing serious war crimes like the carpet bombing it conducted against North Korean Civilians in the early fifties, shortly after it signed the 1948 Geneva Convention forbidding such conduct. Over two million Asian civilians were killed in the process.

The US response to the International Criminal Court’s recent suggestion that it will charge Americans for more recent war crimes has resulted in the (possibly criminal) threat of interference with the Court’s Judges by John R. Bolton of Trump’s administration. 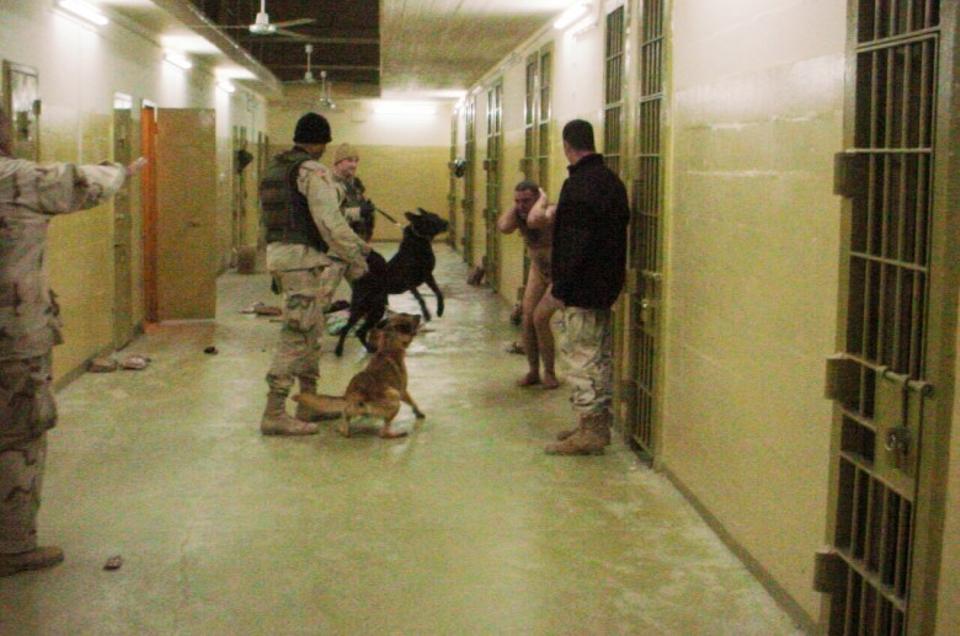 “Would I approve waterboarding? You bet your ass I would. In a heartbeat.  I would approve more than that. It works,” Donald Trump said in November 2016.

According to the US Senate Committee Study of the Central Intelligence Agency’s Detention and Interrogation Program published in 2014, the hearings found that torture “regularly resulted in fabricated information.”

Committee chairperson, Dianne Feinstein said “During the brutal interrogations, the CIA was often unaware the information was fabricated.” Feinstein said the torture program was “morally, legally and administratively misguided” and “far more brutal than people were led to believe”.  Read: Committee Study.

“We will ban its judges and prosecutors from entering the United States. We will sanction their funds in the US financial system, and we will prosecute them in the US criminal system.” — White House National Security Advisor John Bolton

Amnesty International‘s Adotei Akwei  publicly criticized the U.S. position, calling the Bolton statements an attack on “millions of victims and survivors who have experienced the most serious crimes under international law and undermines decades of groundbreaking work by the international community to advance justice.”

Akwei said the U.S. “resuming attacks against the Court sends a dangerous signal that the United States is hostile to human rights and the rule of law.”

Response of the ICC  to American Threats & Intimidation

During the Bush Administration, current White House National Security Advisor John Bolton, working for the US State Department, was tasked by Bush with attacking the ICC and defending the United States use of offshore torture chambers where captured persons received “waterboard” and other forms of torture that would be deemed illegal if done on American soil. The Rome Statute makes this conduct illegal across the globe. The US was at first a signatory to the Rome Statute but backed out after 9/11 to perhaps avoid prosecution for torturing captives in the War in Terror.

70-year-old controversial John R. Bolton is Donald Trump’s current and third National Security Advisor. He has been urging Trump to bomb Iran and North Korea. He wrote in the WSJ on February 28, “It is perfectly legitimate for the United States to respond to the current ‘necessity’ posed by North Korea’s nuclear weapons by striking first.” Photo: Official White House

Ironically the US is alleged to have commited War Crimes in Afghanistan and Iraq with the justification that they were 9/11 terrorist plotters. But none of the 9/11 attackers were from either country.

Including the leadership of the 9/11 attacks the attackers were almost all Saudi Arabian terrorists.

Americans need the ICC because US Governments Lie to voters & Commit Atrocities around the World.

Another irony: Joseph Kony, a Jungle militia leader in 2013 was wanted by the International Criminal Court for crimes against humanity and the United States Special Forces had 100 US operators in four Central African nations hunting for Kony.
When it is convenient, the US supports the ICC but when the ICC discovers crimes American troops commit in other countries, the story changes?

Today, this very day, the US is causing civilian deaths and the destruction of the Yemen port of Hodeidah which is the primary port of entry for food and medical supplies from humanitarian agencies.

The United States is a significant de facto member of the Coalition of Nations Against Yemen. On August 9 of this year, an American Mk82 bomb and specific targeting information was used to kill 45 Yemeni children in a market. In short, the USA saw the school bus and dropped a 500 pound bomb on the kids. Most of the children killed were in the school bus, others were in the market it was passing through and an additional ten or more adults were killed while many dozens of children and adults suffered survivable injuries.

It was a Saana market on August 9. There’s not much left now. Here are the remnants of the school bus captured in a TV video and shared with you.

WARNING: Prepare yourself for the images of injured children far below. 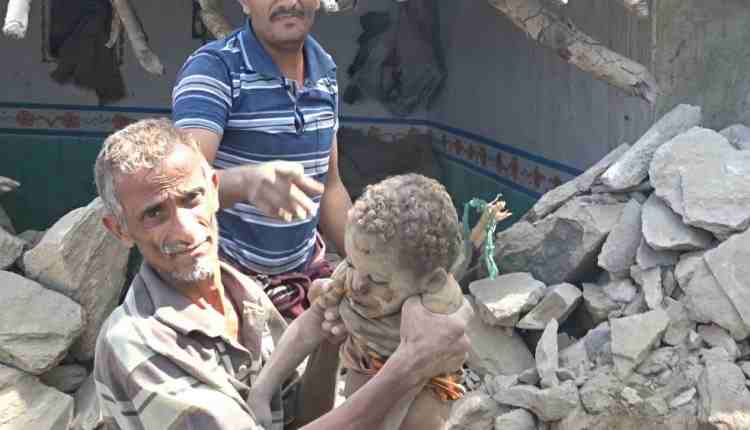 On Saturday, 15 September another American bomb was dropped in a residential area of Saana. Neighbors shown here rescued an adult from the home then began digging to try and rescue her children under the rubble, but rescue workers finally found the bodies of three-year-old Nabil and new-born baby girl Sumood. Photo Credit: Saana News

Neighbour sits in stunning grief. On Saturday, 15 September another American bomb was dropped in a residential area of Saana. Neighbors shown here rescued an adult from the home then began digging to try and rescue her children under the rubble, but rescue workers finally found the bodies of three-year-old Nabil and new-born baby girl Sumood. Photo Credit: Saana News

Look back over these photographs. Can you tell me that a criminal court of last resort is not needed for perpetrators of these types of crimes.  Write me.

In each case these are deliberate attacks on unequivocally confirmed civilian homes, visually identified school bus, and shopping market for which the United States with deliberation and forethought provided targeting data and bombs for the Coalition military jets to strike in Yemen.  These are the crimes which caused the international community to create the International Criminal Court.

What we have not published is an extraordinary amount of gruesome imagry that supports these facts.

Micheal John with files from Melissa Hemingway and Behar Abassi