A conspiracy of snivelers. (Editorial)

Bob Woodward is an old man looking for a swan song. Did he betray sources who likely did not want to butcher their own reputations, credibility and careers?

In his latest book “Fear”, Woodward crucifies Donald Trump using the out-of-school sniveling of supercilious rat finks each of whom, it seems, have denied the utterances attributed to them. Somebody is telling fibs. Woodward enjoined the conspiracy of snivelers. But it is much worse than that. The USA is off the rails.

Get out of the White House, Generals.  You are General Officers for life and your conduct is not just unbecoming, it is treacherous. You serve at the pleasure of the President. You should have made it work. You took the job to work for a guy that the most racist and sexist country in the world elected and every American has the reasonable expectation, that you said by accepting your post, that you could handle the duty.

Trump must be reined in or he must go to pasture, but that must be done with class and the rule of law, not the slipperiness of backroom snakes. Clearly Trump brings out the worst in people. His staffers were once OK?

The New York Times published an unsigned editorial by one of the White House staffers and called it an Op-Ed piece. That doesn’t fly. You own this, Mr Dean Baquet, executive editor of The New York Times.

Kudos to the Times. Call it what you want, newspaper editorials are rarely signed. The New York Times owns this scoop, come what may, and it is a good fit. It’s a publishing coup. The loser is clearly the sniveler who wrote the editorial like a scurrilous sneak in the darkness of night, tattling on his boss. The writer reminds me of sneaky Robert Hanssen, the FBI traitor who never revealed his identity to the Russians he sold America’s secrets to in dark corners of DC area parks.

“I Am Part of the Resistance Inside the Trump Administration
I work for the president but like-minded colleagues and I have vowed to thwart parts of his agenda and his worst inclinations.”

Can’t a person be sent to prison for that, sabotaging the White House?

The White House staff has turned against its boss and who is it again who is surprised at that? But keep it to yourself and maintain the ship on an even keel. Don’t start tipping it this way and that.

Donald Trump has not earned the respect the Office of the President deserves from its occupant. He is a blowhard whose competence justifiably has come under question. That is not something his senior (Presidential?) staff can be sneaking out to report to the public. There are proper channels.

Trump at the best of times is unstable and yes, immoral. But you people who come whimpering to the world, have proven that the USA is in a leaderless state with no hope of recovery, or worse, is run by a raving lunatic you can’t control. Thanks a lot.

The only part we didn’t know was that the backup team members we counted on are equally immoral, treacherous, back-biting rats.

Loyalty up, down, left and right. Well, I would not want to be in a foxhole with you skunks.

Clearly Chief of Staff Kelly could not manage a five year-old’s birthday party. The clown should have resigned instead of backstabbing the President of the United States. which he has done. He certainly failed to run a tight ship.

This Collapse Happened Because the White House is a Patriarch

Trump needs to clean house. Can Pence help? Can you take this on VP? This time Trump needs to install good men and women in equal numbers and get back to the business of running the Executive Branch.

The treacherous buffoons who have put themselves ahead of country need to be swept out of the place like you would clean a dirty barroom floor.

Keep in mind that John Kelly who is supposed to have the reins of the White House Staff is the same man who in in March of  last year, told CNN that the Trump administration was considering taking children from their parents if they crossed the border illegally. He said he liked the idea. He knew what he was in for…

At the time, Kelly was secretary for the Department of Homeland Security. He is now the guy who is supposed to be running the White House staff.

Kelly is leader of a conspiracy of snivelers. 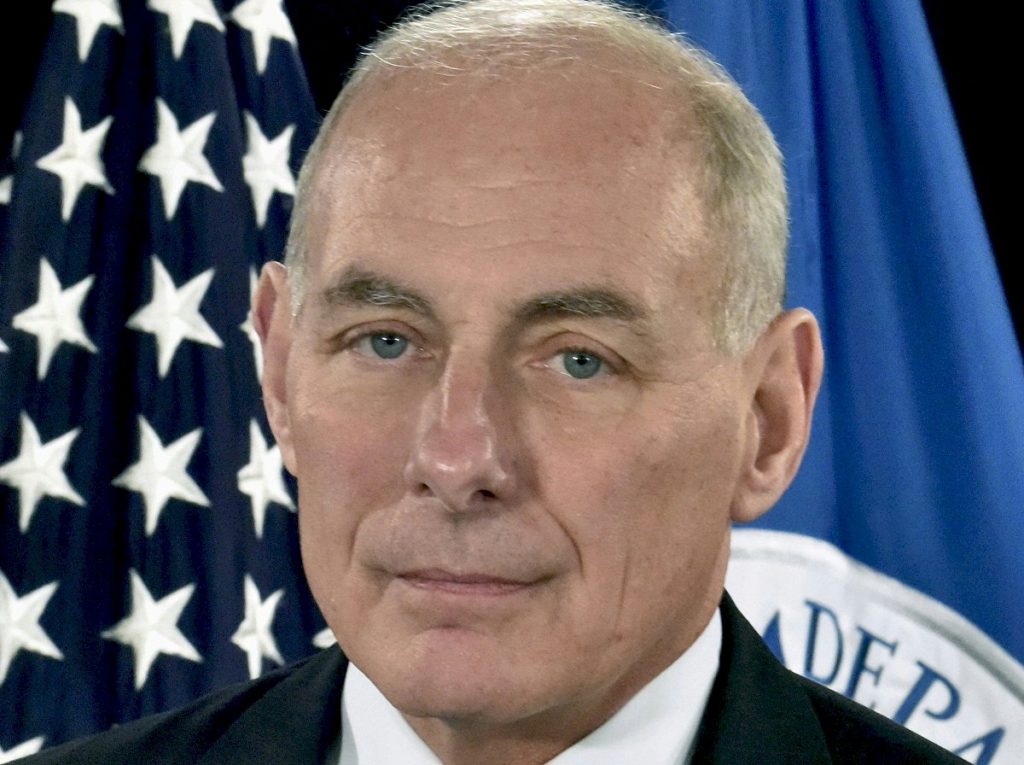