Syria Troop Withdrawal debate is crock of misinformation. Trump is right. Get out.

USA had 800 military operations in 70 countries when Donald Trump first made his declaration that America must withdraw from Syria. The President shouldn’t back down on account of political nonsense from uninformed talking suits of the body politic or the defence industrial base.

Trump promised some new ways of thinking and some of his ideas are very good. Obviously some are awful, as he is in the midst of an impeachment process. But let’s look at the good side, honestly.

Read if you wish the declassified Report to President Donald J. Trump
by the Interagency Task Force in Fulfillment of: Executive Order 13806 Assessing-And-Strengthening-The-Manufacturing-And Defense-Industrial-Base-And-Supply-Chain-Resiliency

It is possible for the United States to maintain a very strong economy by generating products and services that help human development, provide safety and security, instead of killing humans. The US Armed Forces and it’s nation are better suited to the former. 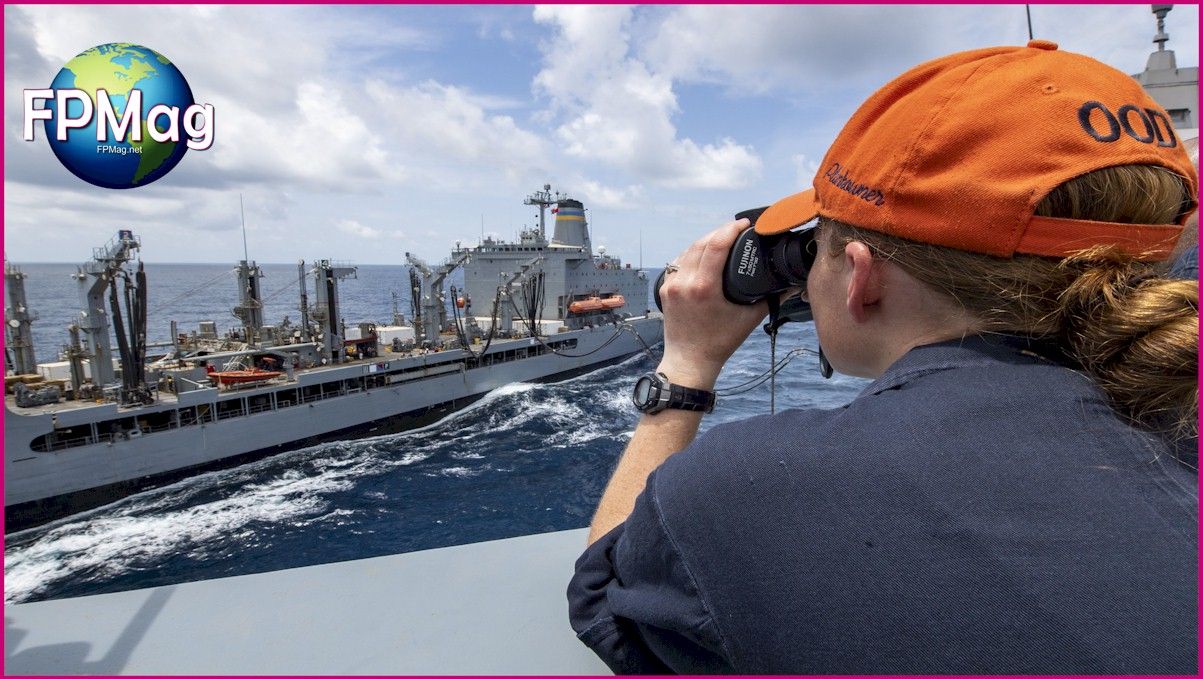 by Micheal John and Behar Abbasi in Idlib Syria

Note: For this article, the authors, who have visited Syria, surveyed RINJ Women medical  and other workers in Syria as well as their private security detail. Owing to the difficulty in  the security situation, names and locations of sources will not be published. 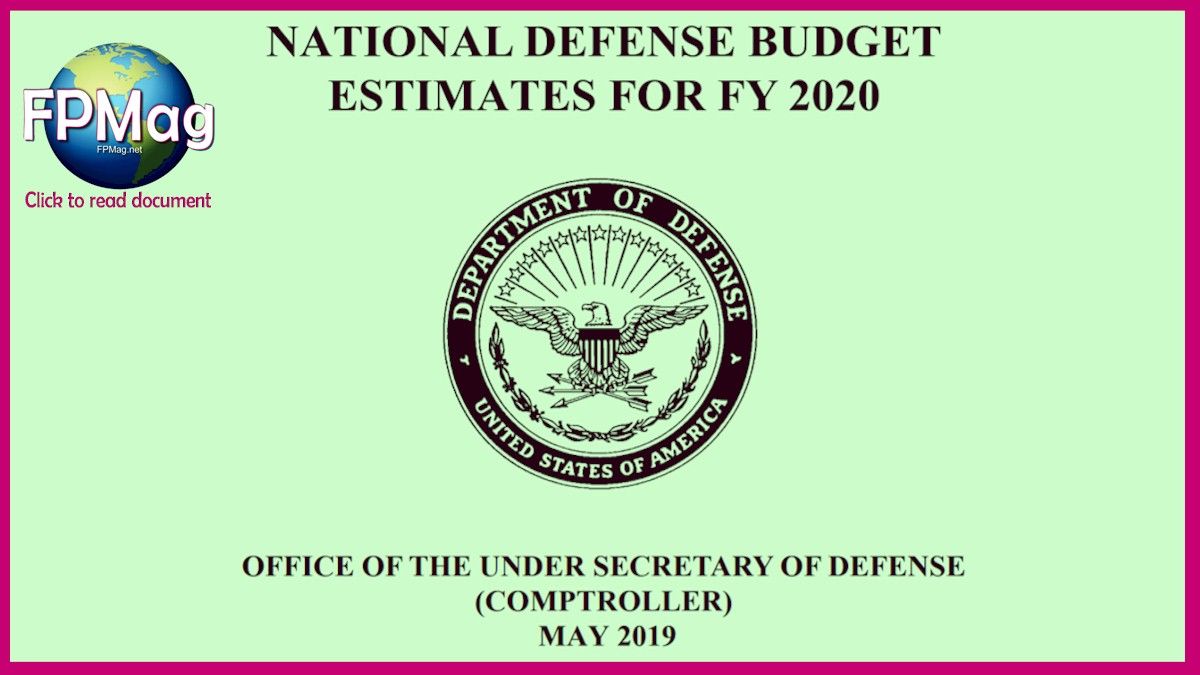 Dear American: How much of your money did you want to spend (waste) in the messed up brawl in Syria? Photo Art/Cropping/Enhancement of US DoD Comptroller’s Green Book Cover: Rosa Yamamoto FPMag

Until now, US foreign and domestic military sales are enriching a small few people who under a shroud of secrecy put nothing back into the pockets and overall well-being of Americans. Regrettably, that is true in most countries where considerable funds are spent on national defence. Because of the secrecy involved and its incumbent anonymity, the movement of wealth is highly corruptable.

The US President is a former business person who wants America focussed on business and seeks also to cut costs for protective services to other nations who are not paying for the service.

Trump has wanted the USA out of Syria. Operational, and politically, Syria is a quagmire. The recent maneuvers have not delivered an extraction result, regardless of the Washington DC tempest in a teapot.

America appears not to have abandoned the faction of the Kurdish population it has been working with in Rojava.

America should not and claims it hasn’t been working with the (PKK) faction of the Kurdish group trying to overthrow the Turkish government. Were that to be untrue, Washington is in worse shape than anyone suspected.

Every serving man and women in the services of the USA within Syria is supported by dozens of Air Force and Naval Air bases;  Command, Control, Communications, Computers, Intelligence, Surveillance and Reconnaissance (C4ISR) assets around the world; Aerospace Command; and Navy vessels at sea in the region.

It is likely that US President Donald Trump does not know what the United States is doing in Syria. It is also likely that many Generals in charge do not know details. How could they? This is why there is a hierarchical command structure that spans every aspect of normal life from canteen to kybos and operational life from combat-arms to intel to air support etc.

The American presence in Syria is not so considerable, about 2600 in total, but operations are mostly done from above or by surrogates, with a dozen points, most of which are smaller cooperative security locations (“lily pads”) for special purposes like drone operations, transportation, communications, logistics, sentinels, intel, prisoner management, and local training support including CIA and other agency liaison security.

America is in Syria. It has not left.

Repeat: America is in Syria. It has not left. A few dozen troops have stepped away during another country’s ops in a specified area in order not to be entangled in an “identification-friend-or-foe” nightmare. That is normal for the region although there has been some problems lately wherein Turkish monitoring bases near Idlib have been caught up in both Russian and Syrian operational screwups. They seem to be working out the problems but not without issues.

A Global Enemy Exists in Syria

All allied factions in Syria seem to be focussed on dealing with the enormity of the Hay’at Tahrir al-Sham (HTS) terrorist infrastructure which is armed like a country’s military, including heavy artillery, missiles, drones, and armour.

This HTS group is also referred to as Tahrir al-Sham and Al-Qaeda in Syria. It is an active Salafist jihadist militant group(s) involved in the Syrian Civil War and opposed to pretty much everyone.

HTS has global outreach to allied Salafist jihadist militant groups around the world. It is an extremely dangerous organization and far more ruthless than is Daesh (ISIS).

The Assad Regime in Syria, its Russian and Iranian allies plus Turkey are avowed enemies of the HTS and justifiably want that group destroyed. The world agrees with that.

There are many thousands of captured ISIS members and their families held in concentration camps in northern Syria. They are guarded by the YPG Syrian Kurds. For over two years, discussions with Europe and other nations about handling these refugees and prisoners using repatriation and other processes and protocols, yielded no good result. Clearly this is a very serious mess because countless women and children are in horrible conditions and have very mixed up minds.

“More psychiatrists are needed than guards and barbed wire,” observed a group of doctors in Aleppo during an FPMag discussion of the issue.

Syria is likely more than able to deal with the HTS with help from the Iranians and Russians for as long as the Kremlin is willing. It’s an onerous task.

If the USA were to leave Syria, Assad Regime forces plus Iranian embeds plus surrogates would be compelled to pay more attention to that problem and draw resources from their other malign activities to rid themselves of the HTS cancer. If not, Assad will never win back Syria completely. That is the challenge of Idlib plus the eastern regions of Syria say many informed observers in those regions.

The argument that America should remain in Syria and keep the Kurds armed to the teeth is immoral, foolhardy, and an end game for at least three countries who the US, at least in terms of finances, will be at war.

Further war and destabilization of the Middle East is something the USA must be prevented from doing no matter what effort that takes from the global community.

That America did not get the message from its Saudi friends when they hit the Twin Towers in New York is obvious. America missed the mark and attacked Afghanistan and Iraq and is still there in both countries, where they are hated with a passion, but remain in an endless mess.

Meanwhile the 9/11 attacker group is at large, linchpinned in Saudi oil money,  and operating under many different names in far more countries with far greater assets than ever.

The Coalition may have done much more harm than good in Syria. For one thing it created its own terrorist group of armed civilians who now have nothing to do but complain and kill people. Who is next?

The USA must disarm the Kurds before going home.

This whole idea of arming civilians to do the fighting Washington wants done has destabilized all of the Middle East. Look at the mess America has created in Iraq.

The US mentality of making certain every citizen is armed to the teeth has spread to Iraq and ordinary people have assault weapons, several each plus many have HumVees, drones, artillery and tanks. They are now killing each other in the streets in live round skirmishes over simple things like employment opportunities and better sanitation.

Many American-armed groups in Iraq have received from America, training and indoctrination of hatred, for one or another faction in their own country. They too are emerging.

From Afghanistan to Yemen, this idea of arming local citizens to do America’s dirty work over the past four decades has had a catastrophic effect on millions of lives. It has killed millions and left Americans as being the number one most hated group on the planet, for good reason.

FPMag just toured all of Europe from mid  September to yesterday on a multi-faceted mission doing random polls to arrive at that indisputable survey result.

Civil Society on the Ground Rejected Western Interference in Syria

RINJ Women in late 2015 issued a statement about the growing problem of US and Coalition forces in Syria and Iraq.

Any nation that invades another, as the USA did in Syria and Iraq, and begins killing civilians has commit a Nuremburg-class of crime in violation of numerous international laws including war crimes defined in the Geneva Convention.

The RINJ statement adduces that, “any theory that says there is an acceptable number of civilian casualties in Iraq and Syria is a violation of international law as much as it is a violation of common morality. These countries endure civil war comprised of internal combatants and domestic tribal and religious issues yet dozens of nations have entered and are killing civilians in these countries.

“Unless invited by the sovereign state the attacking nations which are killing civilians do not have the right to be on Syrian soil nor do they have the right to kill Syrian civilians. Only a military intervention structured by the United Nations with appropriate oversight would have lawful status to conduct war in these self-destructing nations. But they are there and they are killing civilians on several sides of a multi-polarized conflict of interests with an Islamic schism and the East/West schism of the last Cold War both present.

“This has therefore become a military free-for-all the global general public does not comprehend and its leaders are failing to explain.

“The civilian constituents of elected governments around the world have a reasonable expectation that their leaders will protect children and their families from the spread of violent extremist terrorist groups and the malicious and hateful ideologies that are fueling violence and terrorism around the world. But they are wrong.” 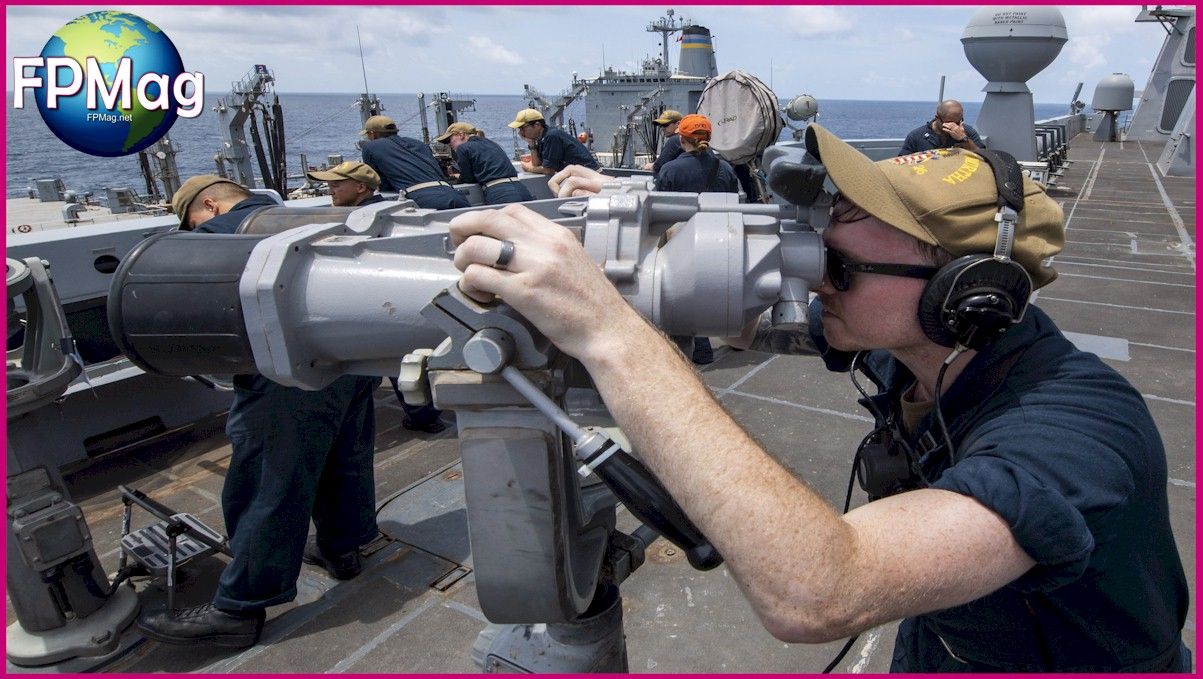 Dear American: How much of your money did you want to spend (waste) in the messed up brawl in Syria? Iraq? Yemen? Have a look at the next $Trillion you will spend on defence procurement by Christmas 2020.

When the United States President picks up the phone and calls a foreign head of state to converse and agree on certain border issues, the outcome may be an order to the nation’s armed forces from the Commander-in-Chief. It is then up to the uniformed services to stand at attention and accept the order not bellyache to the media and make a de facto claim that they are the ones setting foreign policy. Every uniformed person at the Pentagon or anywhere who attempted to undermine the order to withdraw from the conflicted area in the foreign country of Syria needs to fall on their proverbial sword by resigning. Those that don’t should be court martialed. Just who the hell is running that country, anyway? Who is in charge in Washington? It had better not be the military or its industrial complex as currently appears to be the case.