Refugee families returning home might be the effectiveness measure of peacemaking and humanitarian action in war-torn areas. But returning refugees might also indicate conditions in the refugee-hosting nation are so bad that anything would be better.

Notwithstanding this dilemma of Syrian migrants, the case for future peace in Syria is dependent on a 100% Patriarchal Conflagration coming to rest. While once an uprising of peaceful civilians, this Syrian Civil War is now all about groups of angry, violent male leaders like Bashar al-Assad, Hassan Rouhani and Abu Bakr al-Baghdadi and alikes, dicking each other around. There must be at least a dozen conflicted interest groups, armed to the teeth or backed by armed element outside Idlib, and willing to battle until the death of millions of innocents. The peace in Idlib must be kept or the explosion of puppet masters dropping their facade mannequins and warring face-to-face will rock the world. In  this Part II of our November Idlib report we share information about the make-up of the conflicted groups described by embedded sources. You may be quite surprised. 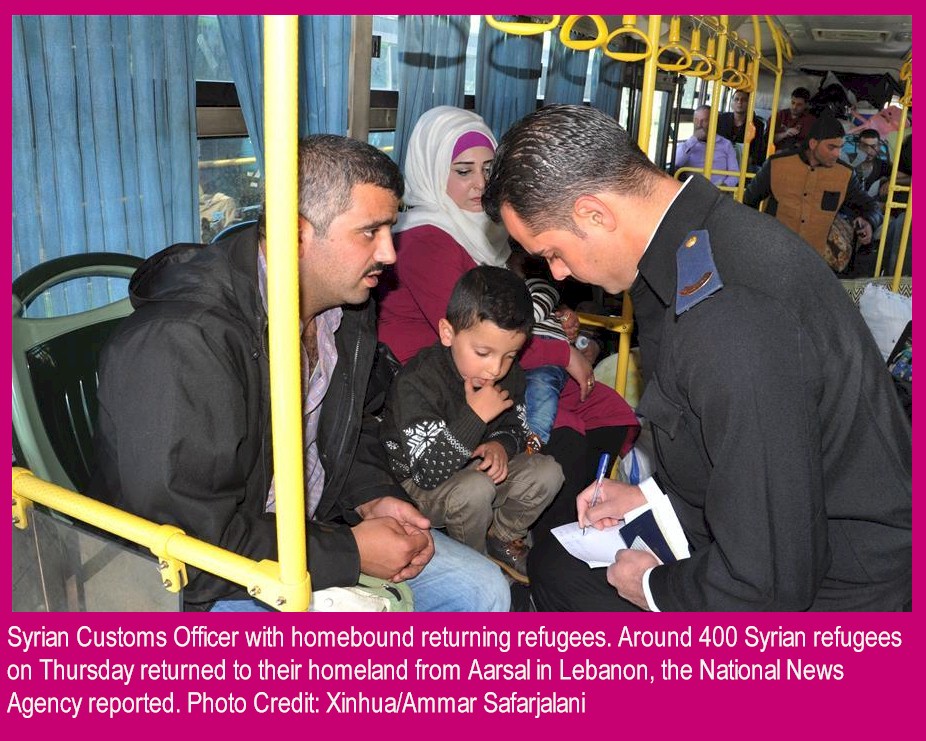 The fact that there are pieces of heavy war machinery hidden away in warehouses deep inside Idlib provides critics of the Russian/Turkey Sochi Accord with a little ammunition. In truth, many pieces of equipment have been stored away for months before the Sochi Accord and were not hidden recently to avert the Sochi Accord’s inspection/enforcement protocols administered by Turkey and Russia. The terms of the accord appear to be finding adherence.

For the primary jihadist group in Idlib, Hayʼat Taḥrīr al-Shām (HTS) achieving an internal consensus opinion on the Sochi Accord’s full range of elements must have been a herculean task, but HTS pulled it off, apparently.

Diplomatic sources to FPMag who prefer not to be identified say that HTS gave Turkey a backchannel limited agreement on the Sochi Accord.

Sources on the ground in Idlib city say pretty much the same thing although rumours shared by private security consultant  Simon Baldock in Aleppo imply the caveats HTS added  include a statement of intent to never accept the rule of the Assad Regime. Nevertheless HTS is willing to assist in ensuring a peace in Idlib.

The HTS group’s position is generally believed to be cast in stone. Sources close to the members say the process was not comfortable and nobody is willing to disturb the internal balances that were reached. It could not have been easy sorting out HTS’s various opinions of  charter jihadist faction members from Jabhat Fateh al-Sham which had morphed from the al-Nusra Front and now forms a core of HTS; plus Jaysh al-Sunna; Liwa al-Haqq; and some individual members who through a series of we’re-in/we’re-out plays defected to HTS from the Ansar al-Din Front, the Nour al-Din al-Zenki Movement and the more conservatively Salafist group, Ahrar al-Sham. That would be a wide range of opinion. HTS told Turkey that it supported and in fact welcomed the Sochi Accord.

Two significantly lesser groups in Idlib, the Hurras al-Din, (Guardians of Religion), and the Ansar al-Din, (Partisans of Religion) insurgents have publicly complained that the Sochi Accord was part of a greater conspiracy to disable the Syrian insurgency. They say they refuse to comply with the terms and spirit of the accord. They are however, no match for the Turkish and Russian forces patrolling the demilitarized boundaries. Regardless, sources close to the fighting in the south say that the Ansar al-Din group has broken one of the tenets of the Sochi Accord and opened fire on Syrian Regime forces in the south. The Syrian Arab Army has shown some restraint but says the rogues may well be clobbered as a result of their actions.

When the referee wants two sides to stop fighting, the official will try to put the combatants into their neutral corners. That is what the Sochi Accord’s ‘fathers’ seem to want to achieve with little duress. 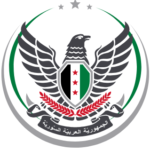 The ubiquitous Jabhat al-Wataniya lil-Tahrir (National Front for Liberation [of Syria]) being heavily supported by Turkey was a natural to support the Sochi Accord but recent appearances might suggest a rift if this group which is aligned with the Syrian Interim Government has anything to do with the shelling being directed from Idlib at Assad-Regime Army units in the south. The Sochi Accord  called for cecasion of those events.

The Syrian Interim Government is what the opposition political group, the National Coalition for Syrian Revolutionary and Opposition Forces , has formed, seated in exile in Turkey. Its headquarters in Syria are in the city of Azaz in Turkish-occupied northern Syria. 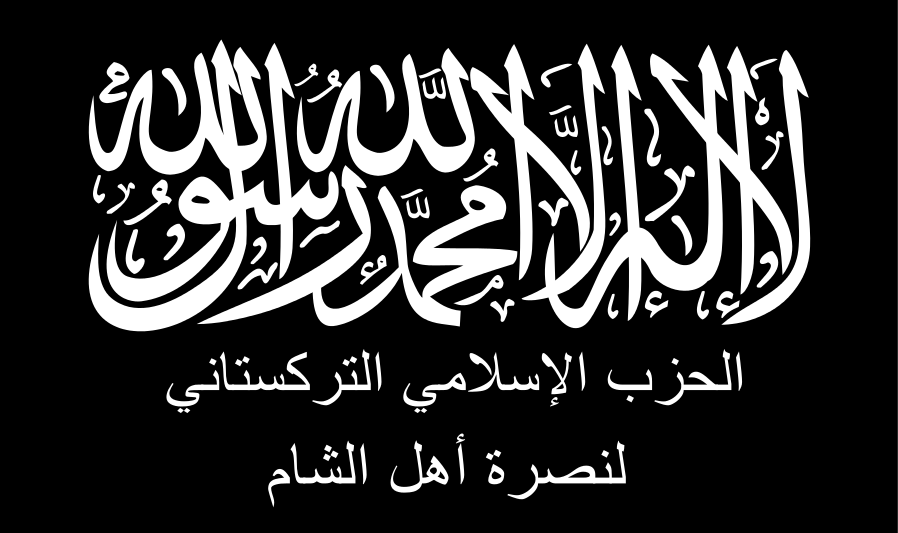 Where does this insane mess fall right off the fringe into lunacy if the Syrian War is not entirely that way? We asked our own Editor who has spent many years in the region and he said “look at the East Turkestan Islamic Movement which seeks to break away with most or all of the Uighur Xinjiang region of eastern China and call it Turkestan. They have a group in Syria and Turkey which seeks to raise money for its central cause but in the meantime creates mayhem with bombings and random attacks which seem to have little or no purpose. They are terrorists in the purest sense of the word.”

What’s more, they apparently have a strong presence in Idlib. (Wherever there’s a party?)  Why?

The answer is simple, though not cheerful. These lunatics whose leader  Hasan Mahsum was a good friend of Usama bin Laden, want to add part of Syria and Turkey to their East Turkestan nation. In fact they also seek large segments of Afghanistan, India, Kazakhstan, Kyrgyzstan, Pakistan, Uzbekistan, and all of the Xinjiang Uighur Autonomous Region of China. The total land mass they seek is enormous.

Yes. They are for sure the lunatic fringe and there seems to be a consensus that they will be an enemy of everyone. 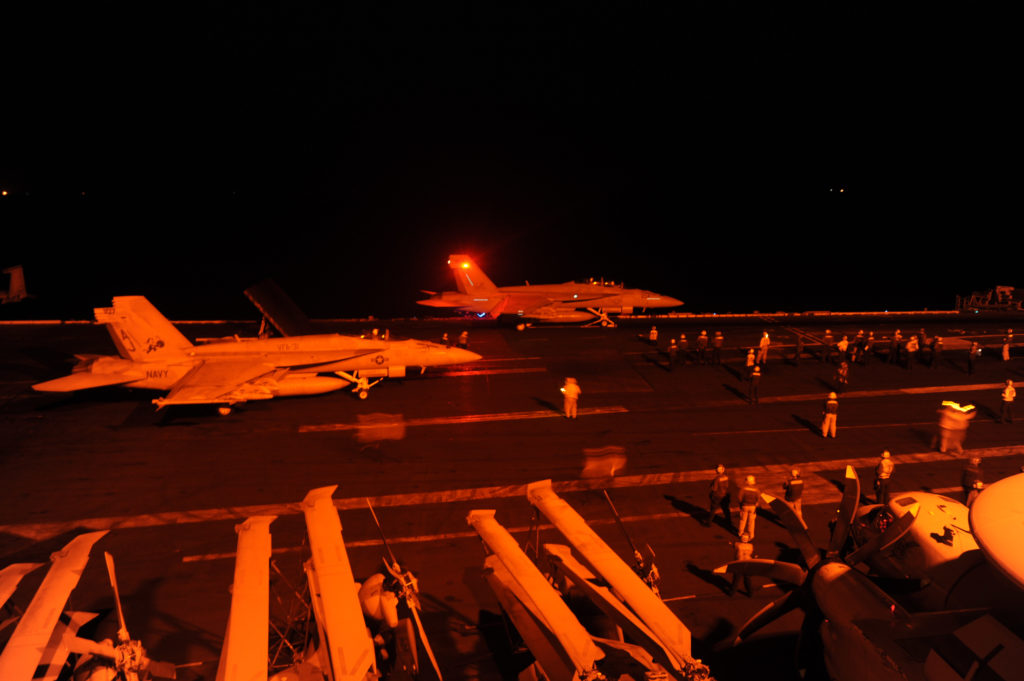 The Americans with the Israelis might well fall into a fringe category say a great many sources close to the Syrian side. That is because despite spending USD billions on so-called training operations and supplying huge shipments of supplies including arms which seem to turn up everywhere in the hands of Salafi Jihadists, the USA has had no effect on the Civil War other than annoying its allies in the region and earning the wrath of Iran, Russia and Syria.

The facts however appear to contest this point of view of the Assad-Regime and its allies, all of whom say they have opposed the growth of ISIS. According to Simon Baldick who served as a private security operative providing protection to civilian medical crews,  ISIS was relieved of its stranglehold on ar-Raqqah and many parts of Syria by American service personnel.

Following the US and British training and probable arming of  indigenous fighters Raqqa was seized and ISIS given the ouster. The Raqqa liberation fighters were comprised of Syrian Kurds including the YPJ women fighters,  (excluding PKK, Turkey’s Kurdish fighters whom the world has defined as terrorists for good reason) and Syrian Freedom Fighters of Rojava and south, many being rural agriculture workers who stepped up to fight for their homes, partly backed by Turkey. The Coalition backed groups was extraordinarily effective in compassionately liberating Raqqa, by comparison to Mosul.

According to Baldock, the US-led coalition brought about the liberation of  Raqqa without the horrendous loss of civilians that was the enormous blunder of Mosul’s liberation. That suggestion is supported by numerous medical workers FPMag  queried.

With a common theme aimed at disruption, says Bashar al-Assad, Israel and the USA with some allies which collectively he calls “The West” is trying to destabilize Syria’s hard work at ending hostilities in Syria, and that is one of Assad’s typical rants. 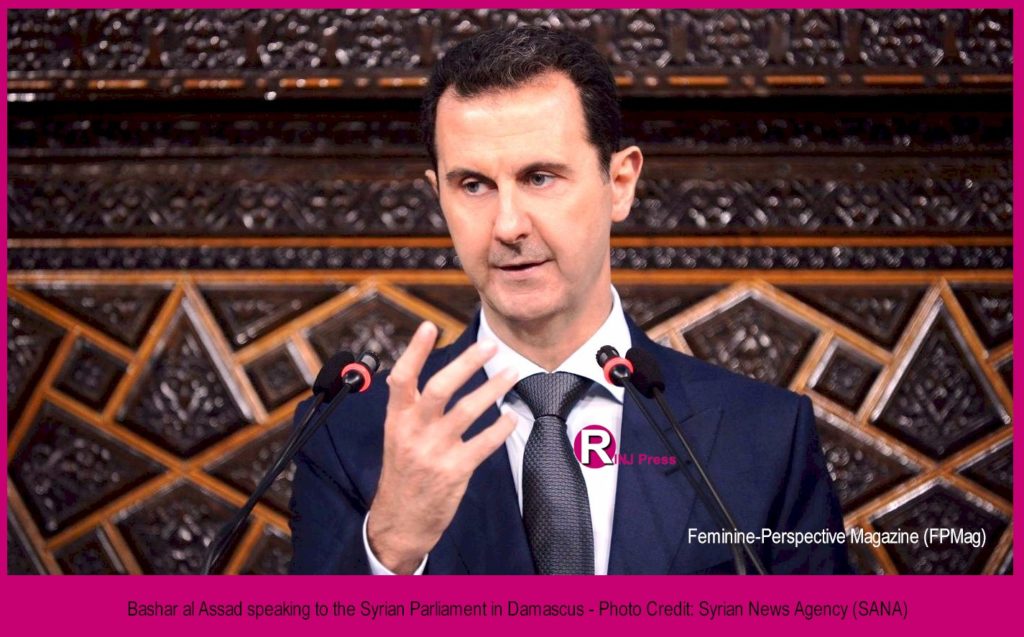 As the Sochi Accord’s ink was drying, Israel launched an attack in Syria which led to the destruction of an unarmed Russian aerial reconnaissance aircraft killing the entire crew of 14. This act brought into view with renewed criticism, the American and Israeli conduct inside Syria where according to Turkey, Russia, Syria and Iran, the US and Israel have no business exept maybe the US which is tolerated as a helper in the case against ISIS. Threats to attack the small number of US troops in Syria were renewed by Iran which is allied with Syria. Vladimir Putin, in the event of the Il20 destruction, while being specific in his condemnation showed great restraint. Bin Netanyahu promptly apologized to Russia and to the family and friends of the crews.  As it it unfolded, the event was very sad indeed. 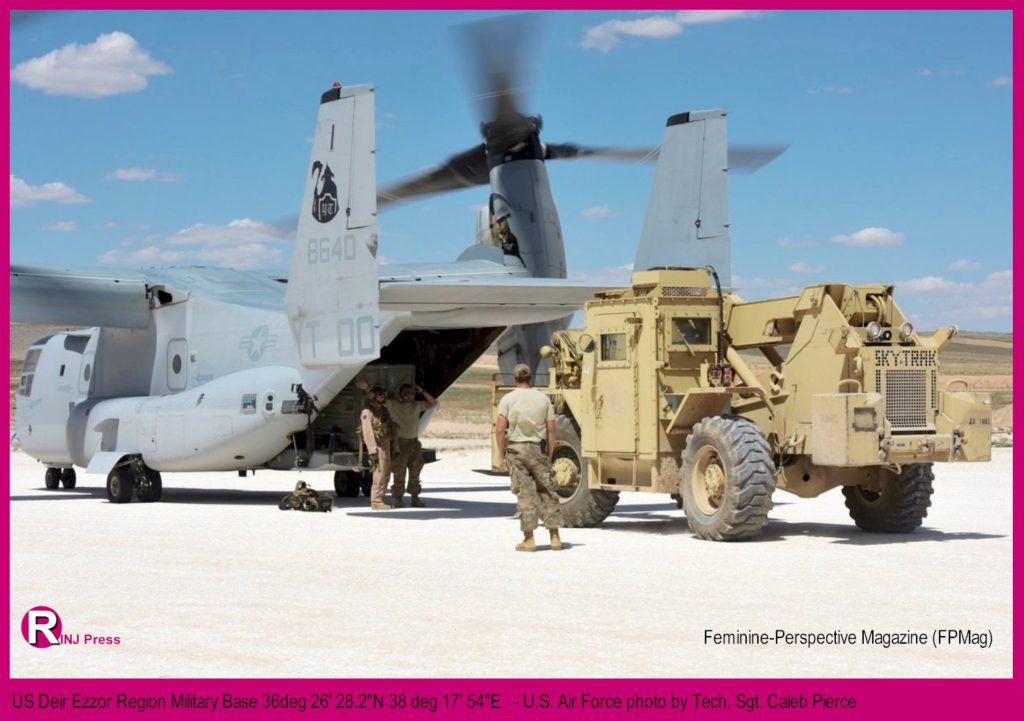 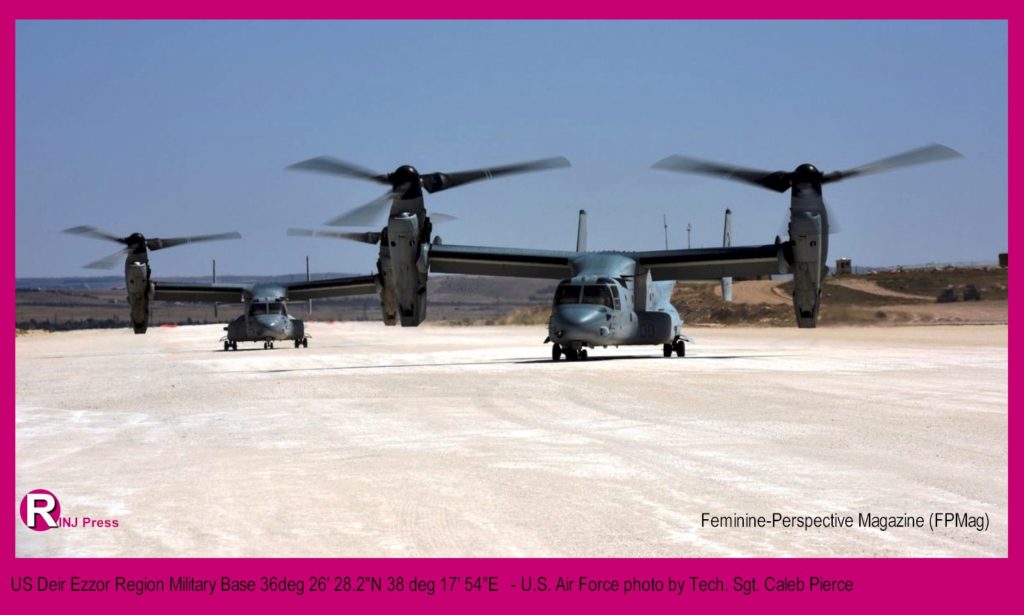 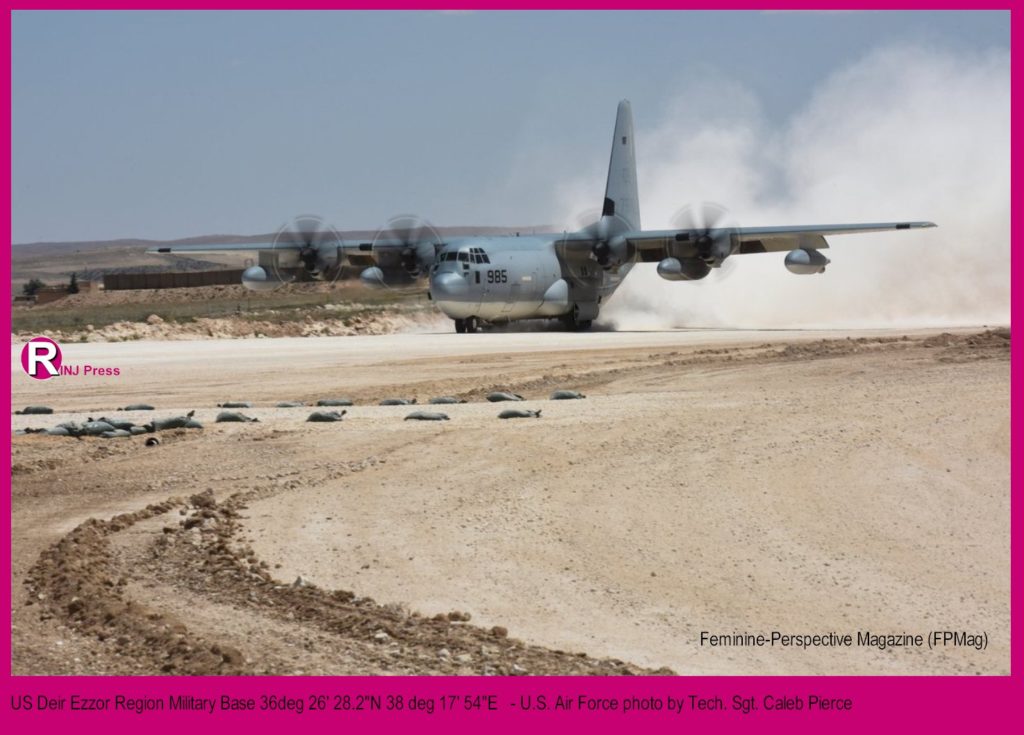 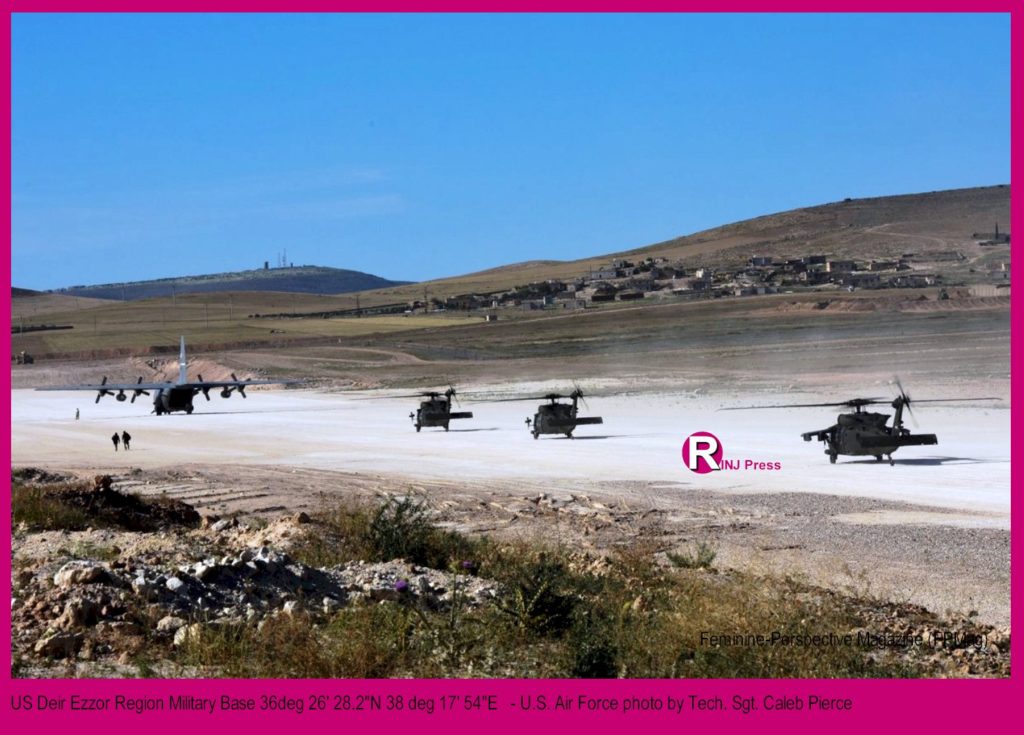 The Irony of ISIS in Syria

Even according to US Pentagon press releases over the past five years, the opponents to ISIS in Syria included the Syrian Arab Army (Assad’s-Regime), the Russian military, the Turkish military, Iraqi Army, Bahrain, Belgium, Canada, France, Germany, Netherlands, Jordan, Qatar, Saudi Arabia, and the United Arab Emirates. They all carried out significant operations against ISIS in the Middle East. None did so with any less enthusiasm than the next.

While each of Syria, Russia, Turkey and the US would claim that it was then fighting ISIS in one or another areas, it was all true and ISIS was actually fighting a sophisticated multi-theatre, multi operational war with several different forces including the Syrian Arab Army. All the theories “to-destroy-ISIS-one-must-destroy-Assad” of the Obama era, including those of Donald Trump’s National Security advisor, John R. Bolton who in my opinion is a pitiful clown, have been proven to be brain rot.

Claims that ISIS was birthed by Syria or the USA, says Baldock who is himself an Israeli, “are pure folly”. Islam is large enough and because of numerous hot spots of persecution, capable of mounting highly motivated militant groups on its own, without anyone’s help.

What happens next apparently depends on the conduct of the parties in the interim time of the Sochi Accord a Russian officer commenting as personal opinion told FPMag. His unofficial opinion was helpful when he was asked about Syrian Rebel forces shelling Assad-Regime Army positions south of  Idlib.

“When you have a nice Opera come to your town and everyone goes to see and hear the opera enjoying the beautiful singing, and then a person at the back loudly passes gas, the music on the stage is still the main feature for everyone and that will not change.”