Violence to Women worse than Soldiers. Orange The World, HearMeToo

Authoritarianism is worse than ever.

Therefore we must: Orange the World, or end violence toward females.

That means that each and every one of us, in solidarity, #HearMeToo, needs to stop electing men whose only goal is absolute control, illegitimate power and the extraction of  people’s wealth and values for his gain. Stop doing this. 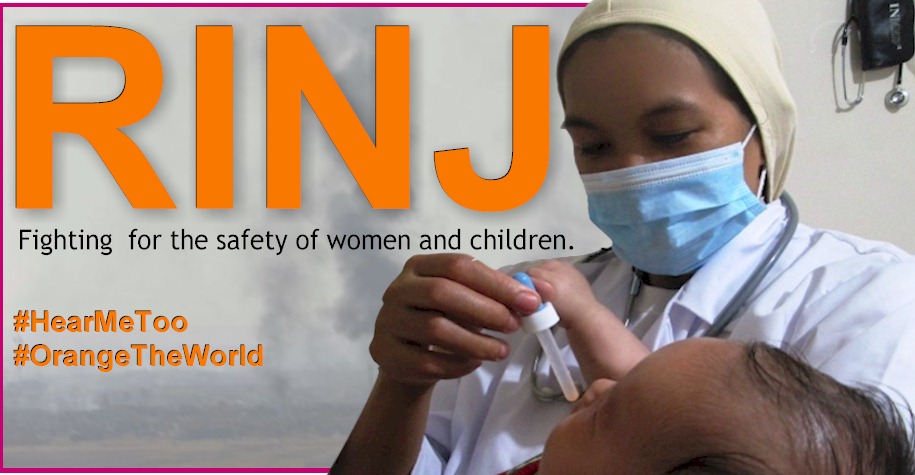 In this campaign introduction we talk about

Most institutions, governments and international organizations, including the United Nations need to pull up their collective socks and end sexual harassment in the workplace. It’s a form of verbal violence.

For every child patient or adult female patient we meet who has suffered incest or rape, there must be an enormous unknown number who are silent. In some places we have treated infections in slashed wrists and after patient care learn that the individual is a survivor who went silent. The best way to solve this problem is stop the violence and Orange The World.

Women & children suffer most in the patriarch’s wars. Watch our orange video below. We must warn you that we are showing you what we see and work we perform.

Did you know that your government does things things like this to women and children? Watch the orange video.

When we talk about violence toward females we are speaking of at least:

The  United Nations UNiTE campaign to end violence against women and girls is highlighting our support for survivors and advocates under the theme ‘Orange The World: #HearMeToo’.
UN Women and partners around the world mark the 16 Days of Activism Against Gender-Based Violence (25 November – 10 December)

“With orange as the unifying colour of solidarity, the #HearMeToo hashtag is designed to send a clear message: violence against women and girls must end now, and we all have a role to play.” António Guterres’

Authoritarians or Dictators Who Create Violence Against Females

*You are welcome to comment, criticize or update. This list will change by early Fall if not before.

1 Right to Equality
2 Freedom from Discrimination
3 Right to Life, Liberty, Personal Security
4 Freedom from Slavery
5 Freedom from Torture and Degrading Treatment
6 Right to Recognition as a Person before the Law
7 Right to Equality before the Law
8 Right to Remedy by Competent Tribunal
9 Freedom from Arbitrary Arrest and Exile
10 Right to Fair Public Hearing
11 Right to be Considered Innocent until Proven Guilty
12 Freedom from Interference with Privacy, Family, Home and Correspondence
13 Right to Free Movement in and out of the Country
14 Right to Asylum in other Countries from Persecution
15 Right to a Nationality and the Freedom to Change It
16 Right to Marriage and Family
17 Right to Own Property
18 Freedom of Belief and Religion
19 Freedom of Opinion and Information
20 Right of Peaceful Assembly and Association
21 Right to Participate in Government and in Free Elections
22 Right to Social Security
23 Right to Desirable Work and to Join Trade Unions
24 Right to Rest and Leisure
25 Right to Adequate Living Standard
26 Right to Education
27 Right to Participate in the Cultural Life of Community
28 Right to a Social Order that Articulates this Document
29 Community Duties Essential to Free and Full Development
30 Freedom from State or Personal Interference in the above Rights