Two Gurza-M-Class Ukrainian Naval Vessels entered Russian Commercial shipping lanes says the Russian Federation. That has happened before but with prior notice and approval. This information comes directly from both sides. The Russian Federation side however explicitly claims that the vessels were not given prior authorization, were not expected, hence an egregious violation of international law of the seas occurred. Moreover, says the Russian Federation, the vessels were first turned back already and then later resumed their attack. (When naval vessels are warned away by sentry vessels from sovereign shipping lanes, any unauthorized reentry into the lanes by the warships comprises a de facto naval attack.)

There  were two transgressions, the latest being 16:00 GMT on November 25 at which time the Russian Federation seized the vessels plus an accompanying tug boat.

The Berdyansk (Hull 01024) Ukrainian Navy artillery gunship, the BK-03 Nikopol (Hull 01028) artillery gunship and the Yany Kapu tug boat are claimed to have been illegally in commercial shipping waters. From the photographs it is apparent that the vessels were where the Russian statements claim them to be.

The United Nations Security Council will meet in roughly nine hours to discuss tensions between Russia and Ukraine.

Contacts in several areas of this matter who are very close to the information say this smells ‘as fishy as a Nova Scotia fishing wharf’.

Did America put the Ukraine up to this Provocation?

The Russian side says that it can prove deliberate provocation.

This naval incident already smacks of American interference inasmuch as the conduct of the United States has been setting up controversies and friction in exactly the same way elsewhere in the world.

At the recent Association of South East Asian Nations (ASEAN) Summit, Philippines President Rodrigo Duterte warned the United States to stop inflaming matters because the Philippines was being put in danger in the event of war.

“China is already in possession of the South China Sea”, said Pres. Duterte.  “It’s now in their hands,” the President said.  “So why do you have to create frictions… China is there. That’s a reality, and America and everybody should realise that they are there.”

A French naval officer who requested he not be named points out that China claims American provocation and has “recently issued barely-masked threats” against US destroyers in close proximity of China’s disputed military base construction in the the South China sea.
“That’s not to say that China has the color of right,” the senior submariner added, ” but to say that America is using belligerence and not diplomacy, and belligerence through surrogates where it can find them. Apparently Duterte will not allow the Philippines for exploitation to do America’s dirty work any longer”

Most observers feel that the disputes between the Ukraine and Russia, despite the controversial Russian Federation annexation of Crimea, must be resolved by the parties. In that way, peaceful mechanisms for dispute resolution between the two countries can be created between the two without the constant need for external influences. 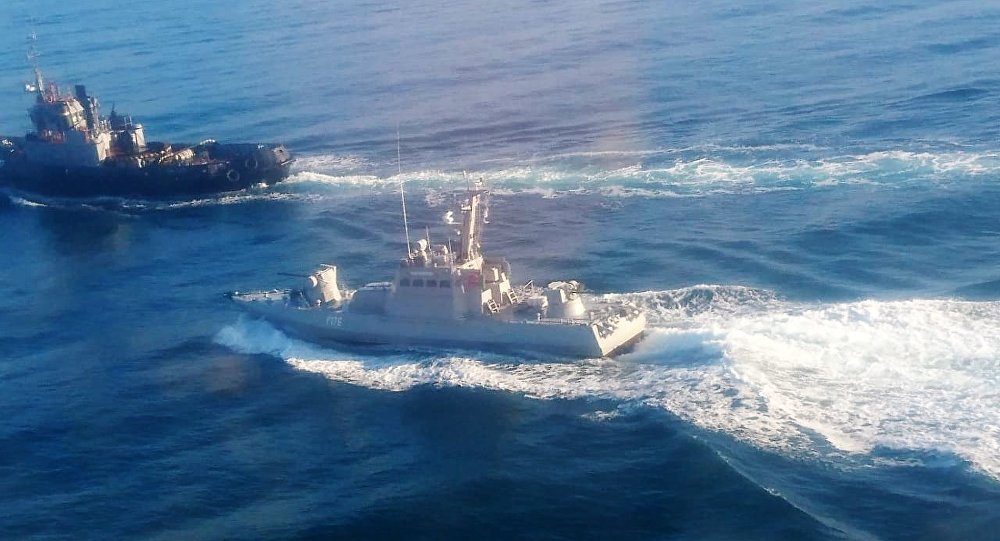 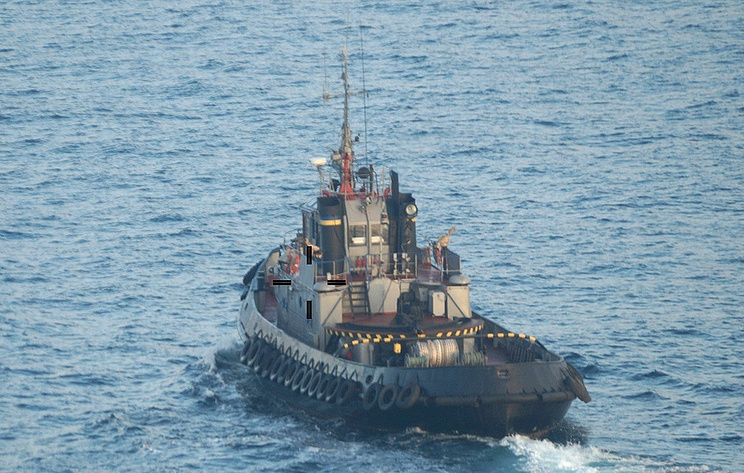 Yany Kapu tug boat,  Photo Credit: Press Service of the Federal Security Service of Russia in the Republic of Crimea/TASS

The Mishap Has Only Light Casualties

Three persons have been injured during a Naval altercation between the two countries. Each of the persons were Ukrainians and reportedly they are being treated by Russian Doctors. The patients are reported to be in good condition. The Ukraine side has not disputed this fact.

Russia has accused the Ukrainian Navy of staging this provocation in the Black Sea. Ukraine vessels, at least two of which are dedicated naval vessels and one a tugboat, Berdyansk, the Nikopol and the Yany Kapu were in the Kerch Strait traveling from Odessa on the Black Sea to Mariupol in the Sea of Azov, via the Kerch Strait without, according to Russia, following protocols for the passage of warships. 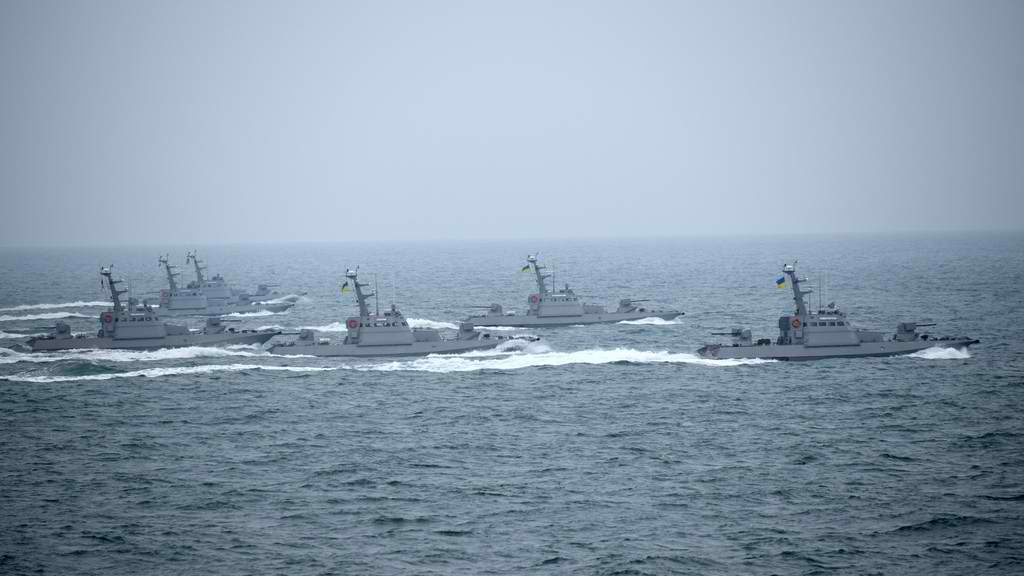 Russia has a strong Case. Gunships were evidently in Commercial Shipping Lanes allegedly without Papers or Protocols

“It should be noted that the Ukrainian side is aware of the procedure for the passage of warships through the territorial sea of Russia and along the Kerch-Yenikale canal. They have previously used this protocol to carry out a peaceful passage,” the Russian Federal Security Service (FSB) stressed.

Initial source queries by FPMag suggest the possibility that more than one country is involved in goading the Russian Federation into a face-off following recent ‘denial-of-traverse’ actions by Russia which it says were to protect its national interests.

According to TASS, the Russian News Agency,  “three vessels of the Ukrainian Navy, which violated the Russian state border, have been detained in the Black Sea, weapons were used to force them to stop, the Public Relations Center of the Russian Federal Security Service (FSB) reported.

“The Ukrainian Navy’s vessels the Berdyansk, the Nikopol and the Yany Kapu, which violated Russia’s state border this morning, made another attempt of committing illegal activities in Russia’s territorial sea at 19:00 Moscow time on November 25,” the FSB said. “They did not respond to legitimate demands by the ships and boats of Russia’s FSB Border Guard Service escorting them to stop immediately and performed dangerous maneuvers.”

According to the FSB, “weapons were used to force the Ukrainian warships to stop.” As a result, all three vessels of the Ukrainian Navy were detained in Russia’s territorial waters in the Black Sea. “Three wounded military servicemen of the Ukrainian armed forces received medical assistance,” the FSB said, adding that there was no threat to their lives.

TASS, in a release 8 hours ago wrote that a “criminal case has been initiated over violation of Russia’s state border.”

An emergency Security Council meeting has been called for tomorrow at 11:00am https://t.co/FpCAD2rGPn