Instead of learning about human origins, about the raw creative power of nature, and about our future in this universe, the male dominated patriarch ruling the world is blinded by the need to assert male control or power, enforce gender roles, or prevent, discourage or punish what is considered to be unacceptable female behaviour.

Yes, the United Nations has a significant Committee on the elimination of discrimination against women. Women make up more than half the world’s population but women have little status anywhere. How can that be?

The CEDAW Committee “regards gender-based violence against women to be rooted in gender-related factors such as the ideology of men’s entitlement and privilege over women, social norms regarding masculinity, the need to assert male control or power, enforce gender roles, or prevent, discourage or punish what is considered to be unacceptable female behaviour”. It points out that the prohibition of gender-based violence against women has evolved into a principle of customary international law, and in this context, emphasises the important role of recommendation No. 19. General Recommendation No. 35 refers to the Council of Europe Istanbul Convention as one of the “landmark political documents and regional treaties” and highlights the importance of the decision by the European Court of Human Rights in Opuz v Turkey (2009) for the determination of customary international law.

Even in Canada and the United States “women” are described in sometimes not so private nor quiet male circles as a ‘special interest’ or ‘minority’ group.

Kuwait’s Women Might Have Fewer Rights than do Pets

After a scolding by CEDAW in 2011, Kuwait was asked to clean up its discriminatory legislation. It did not yet accomplish that. Human Rights Watch delivered a scathing report at the 68th session. In Kuwait it is safe to say that women are oppressed, marginalized and denied their universal human rights.

The Personal Status Law of Kuwait enables a man to marry up to four wives simultaneously, without the permission or the knowledge of his first wife/wives The law also allows a man to prohibit his wife from working if her work negatively affects the family interests. -HRW

In the Philippines women are in extreme danger of being raped. The RINJ Foundation estimates that 5/10 women in the Philippines have experienced sexual assault since their early childhood. That is a straw poll based on clinical and help desk data.

The Philippines Gross Domestic Product depends on millions of women leaving the country as Overseas Foreign Workers (OFWs) sending their earnings back home from their ‘domestic-worker’ jobs. But actually those women are trying to leave the country. (Migrate from the Philippines for safety, political and economic reasons.)

Few things are as important to women as Reproductive Health (RH). The Philippines is now headed for an epic disaster of unwanted children in a huge poverty class because of the court battles between church and state that have left RH in a disastrous limbo that violates human rights in the worst possible way. Millions of unwanted babies will be born because  the Catholic Church has spent its copious wealth on lawyers to blockade contraception in the Philippines Supreme Court.

The Philippines outlandish Total Fertility Rate is over 3.7 and will soar above 4 in the coming months because of the blockade of the Catholic Church against contraception. That will increase by huge numbers the unwanted children roaming the streets on their own. Once again the Philippines government in Manila has been sending trucks out to haul away the hundreds of thousands of Manila ‘street-kids’ as the city prepares to host twenty-one world leaders at the ASEAN Conference and related events. 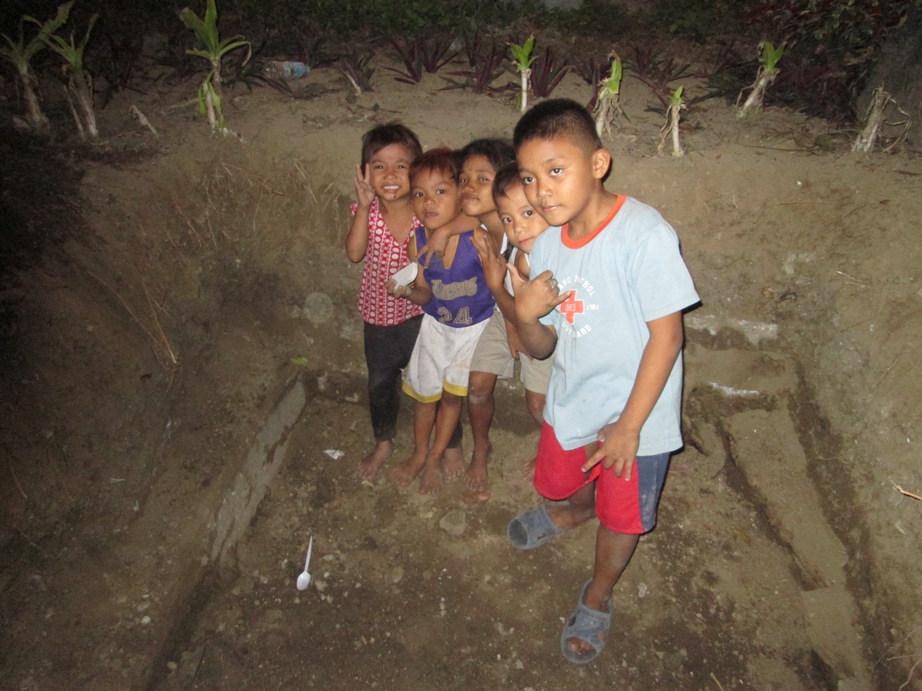 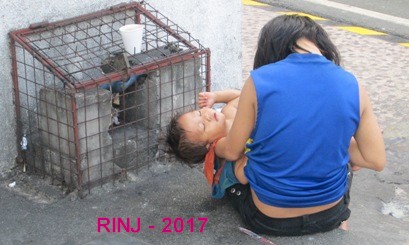 The current leader of the Philippines, Rodriguo Duterte has championed the cause of RH and couple’s reproductive rights but says he has hit a brick wall with the powerful, wealthy Catholic Church which has been accused of abusing its power and control in the Philippines for decades.

In 2015, CEDAW slammed the Philippines.
“Decentralization of power through devolution does not in any way negate or reduce the direct responsibility of the State party to fulfil its obligation to respect and ensure the rights of all women within its jurisdiction.” – UN CEDAW

Thanks Oman: Shining Example on the Arabian Peninsula.

During CEDAW (68th session ongoing), delegates from 23 countries met to hear a presentation from the Sultanate of Oman on the nation’s efforts at empowerment of women.  It’s worth reading more about that project. CEDAW heaped praise on the Oman’s women’s rights gains.

Oman is a nation on the Arabian Peninsula south of Saudi Arabia and the United Arab Emirates.

Oman is dedicated to promoting the status of women. 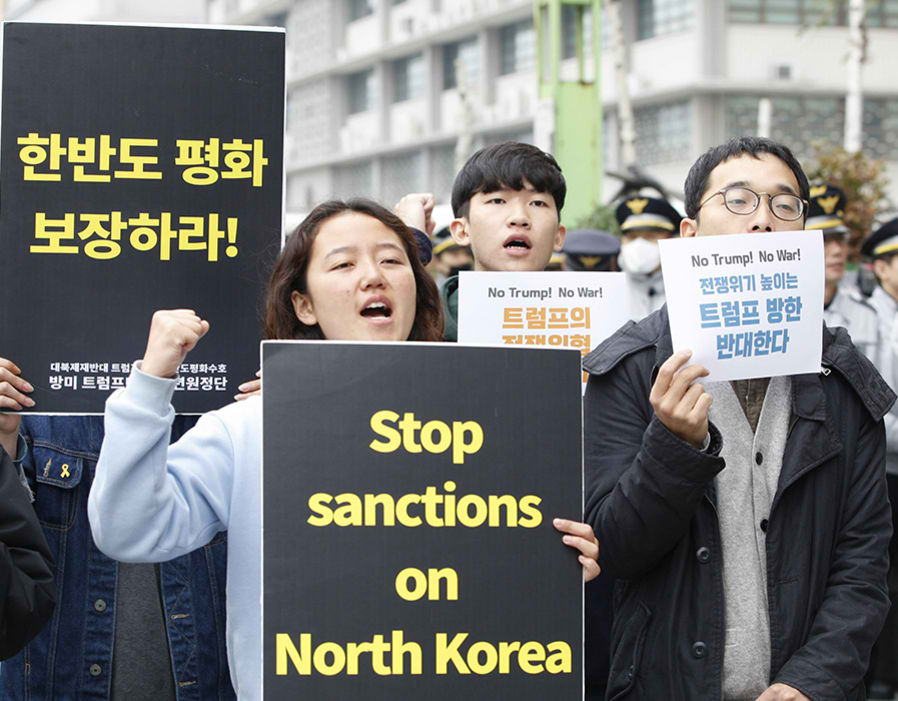 Let’s talk about what America is calling the “odd-ball nation” now under the scrutiny of many people around the globe. The Democratic People’s Republic of Korea (DPRK).

RINJ has many members from North Korea where some of the most amazing ordinary people on earth make their homes.

Han Tae Song, ambassador of the Democratic People’s Republic of Korea (DPRK) to the United Nations in Geneva told the conference that his country is trying to uphold the rights of women and maintains an adherence to policies of gender equality.

It is hard to quibble with Mr. Han on that score since while this is the most secretive nation in the world  there is an appearance at least  in Pyongyang of that being somewhat true. Women are much respected and the government seems to be inclusive. But that only seems to apply to an elite class of people favoured by the Kim Dynasty.  Nevertheless women play a significant role in running the country and its commerce. DPRK leader Mr. Kim Jong-un seems to be OK with that, but he probably doesn’t have any perception of what is happening to most of the 25 million people in the country, especially those in concentration camps/prisons.

“The United States and other hostile forces impede the enjoyment by our people of their human rights in every possible way, resorting to the vicious ways and means of all kinds in their attempt to stifle the ideas and system of the DPRK,” Han said in his speech.

Washington, he said, had “manipulated” sanctions resolutions against his country at the U.N. Security Council that violated North Korean sovereignty and rights to existence and development, he said.

“Due to these inhumane economic sanctions, vulnerable peoples like women and children are becoming…victims…  Such sanctions against humanity which block even the delivery of the medical equipment and medicines for maternal and child health and the basic goods for daily life including even children’s bicycles threaten the protection and promotion of our women’s rights and even the right to survival of the children.”

The DPRK is a nation in conflict with a bully-nation and is likely to stretch the truth. Outside of the rhetoric however, the ambassador has understated the desperate circumstances of the people of North Korea.

The RINJ Foundation’s research supports allegations of Mr. Han.  Sanctions against North Korea since 2006 have been starving the peasant population of the country. The impact is dire. The UN Security Council conduct, railroaded by the United States has been criminally blind to the rights and safety of women and children in the DPRK. These sanctions must end or millions will die in the current drought that has no safety net because of sanctions. The United States must end its war with North Korea and stop bullying this country’s people.

Behaviour of the global community has been atrocious toward the safety of women and children in the DPRK.

Underfunding UNICEF and the world food programme has prevented humanitarians from providing emergency hunger relief.  The world led by the other belligerent in this war, the United States, has clobbered the ability of peasants to sell their goods, earn a wage, and feed their families.

In this regard the United States which leads the charge against DPRK women and children has shown that it is more than willing to fight a nuclear war far away from its borders and slaughter millions of Asians. The USA and the DPRK must stand down.

As much as 35% of the DPRK’s children suffer stunted growth from malnutrition.  This is a horrible blemish on the global community and dashes to the ground any hopes for a spirit of universal human development.

Women have been denied the option to breast feed their babies because mothers are starving. Blaming the authoritarian Kim regime which has decided within its rights that because the war with the United States has not ended it wants to arm itself with a deterrence that would prevent an attack like it experienced once before from the United States when 30% of its civilian population was carpet bombed out of existence. It is not for the global community to implement “regime change” nor is it anyone’s right to try to run another country from an external and unprivileged position.

The ordinary people of North Korea are entitled to their universal human rights in particular the right to life. Already the good people of the DPRK are held hostage by a kleptocratic regime living an elitists life, not unlike many member states of the United Nations. It is unconscionable that this continues. Millions of women and children are at risk of death. 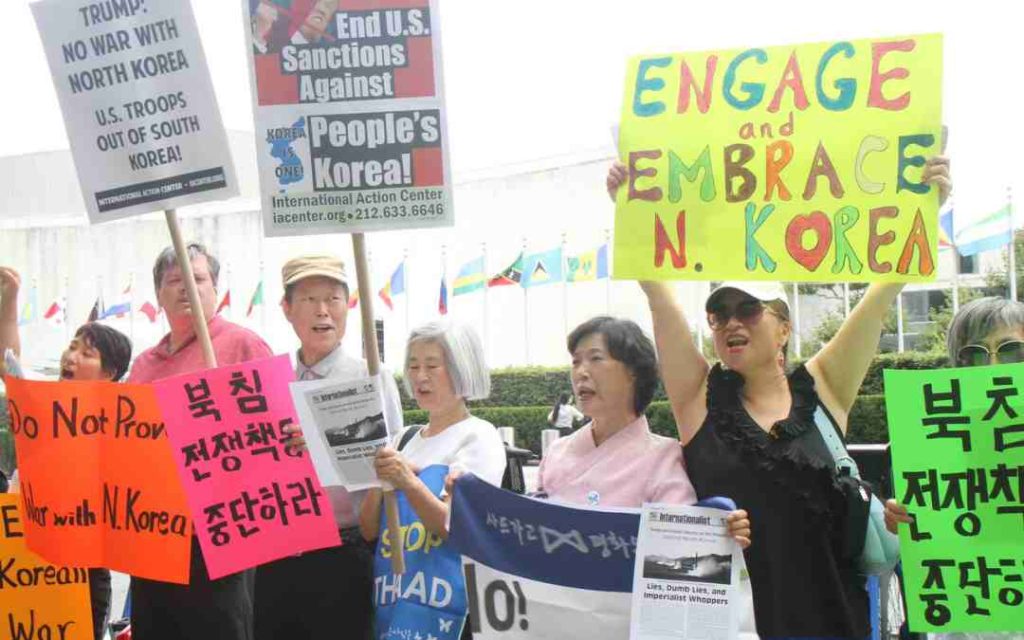