A Candle in the Darkness of Death. Gaza, Syria, Santa Fe…

The Grim Reaper Dealt Humanity harsh and murderous blows lately. This past week in May, hundreds died violent deaths.

We must all light a candle at least in our hearts, that death not have so much darkness for those loving souls it leaves behind.

On May 13, around the world, people were still in shock having learned that not only did Alek Minassian want to kill women in Toronto but also, a pro-femicide internet cult to which he belonged, was cheering him on. Using a rented cargo van Minassian charged sidewalk pedestrians on Yonge street south of Finch Avenue on April 23 and killed 10 persons while injuring 13 more. His mass murder victims were mostly women. 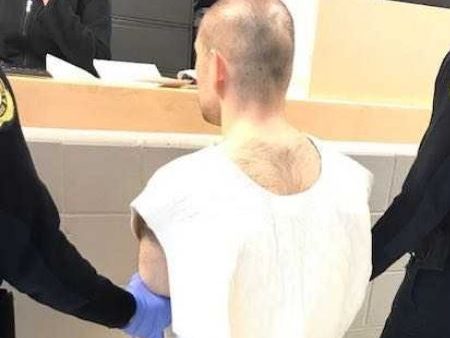 Alek Minassian on Facebook: “Private (Recruit) Minassian Infantry 00010, wishing to speak to Sgt 4chan please. C23249161. The Incel Rebellion has already begun! We will overthrow all the Chads and Stacys! All hail the Supreme Gentleman Elliot Rodger!”

Before the week even began, Australia was in shock as police discovered the bodies of seven people, including four children at a beautiful home in Osmington. This was the worst mass murder seen in the country in over 22 years, say police. The 61-year old grandfather found dead at the scene is the suspected killer in a murder-suicide that nobody can understand or could have anticipated. 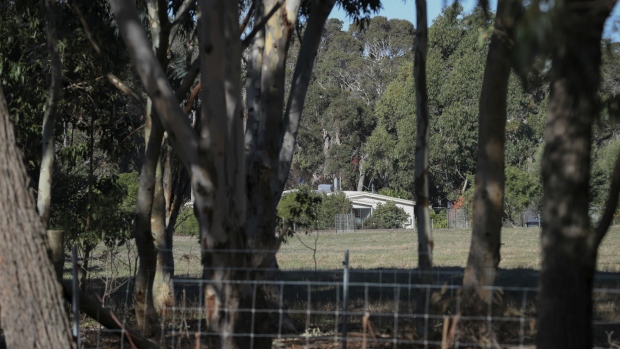 Police are investigating the death of seven people in a suspected murder-suicide in Osmington, east of Margaret River in Australia on Friday, May 11, 2018. (Richard Wainwright/AAP Image via AP)

On Monday, May 14, our medic friend was killed in Gaza and our Canadian doctor colleague was shot in both legs. Meanwhile some sixty plus civilians died as Israeli soldiers shot them, or died later in pain when they succumbed to their gunshot wounds in hospital. It was a massacre. 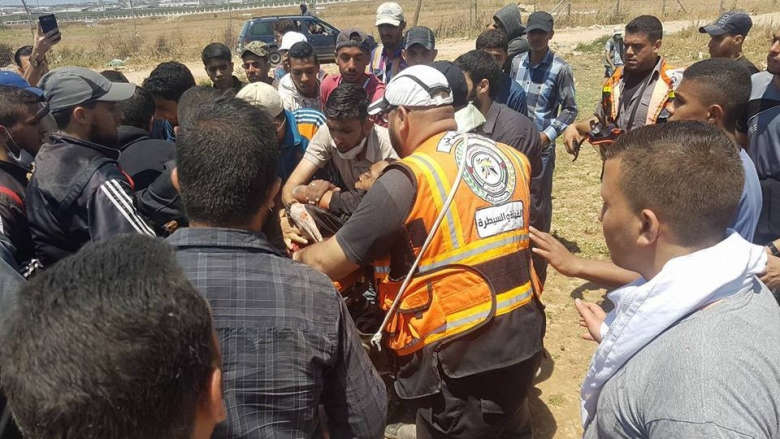 Musa Abuhassanin works on a wounded patient shortly before his death. He was shot in the upper body while he provided medical attention to Dr. Loubani.  (Tarek Loubani/Medium)

On Friday May 18, halfway around the world, just 32 km from Galveston, Texas at the Santa Fe high school, a gunman murdered ten of America’s children and injured as many more. 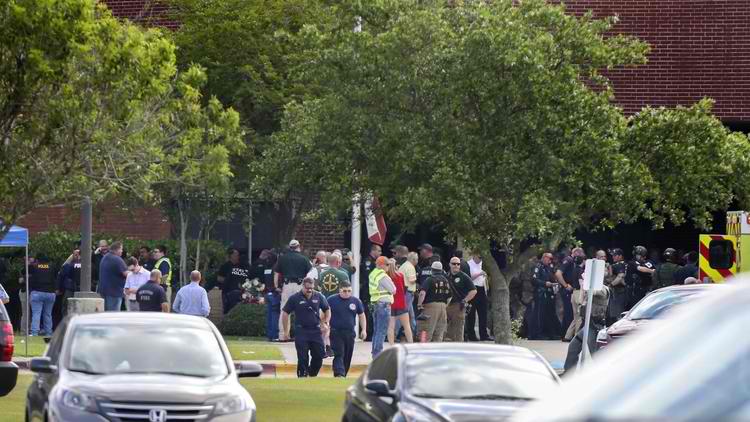 Also on Friday, a venerable Boeing 737 crashed shortly after takeoff from Havana, Cuba killing more than 100 passengers. It is not known why. 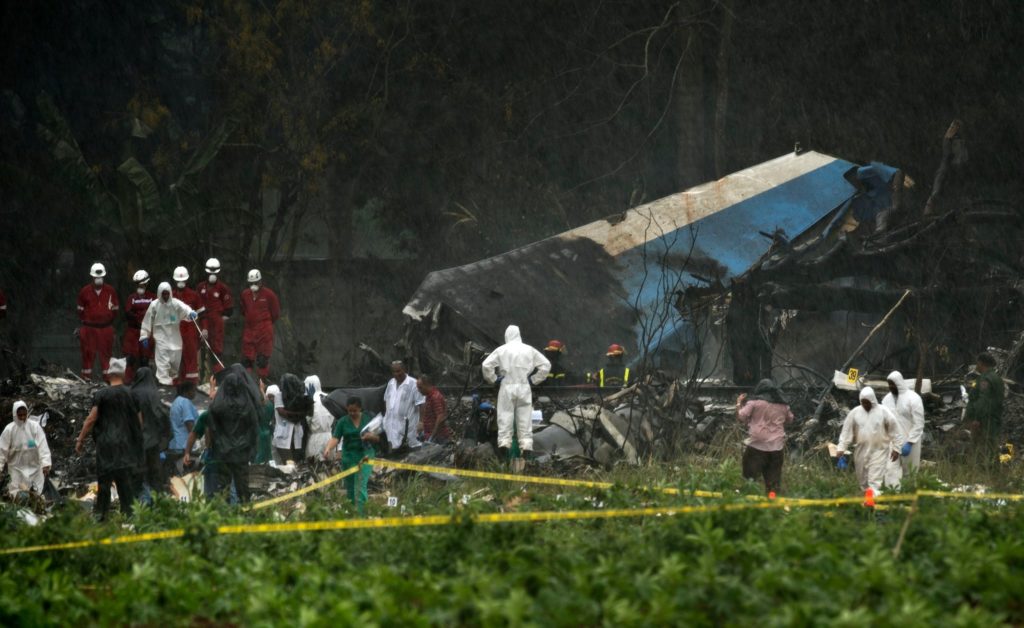 Cubana Boeing 737 that crashed with more than 100 passengers on board near Havana on Friday. Photo: Ramon Espinosa/Associated Press00

On Wednesday, May 16, an old women at the edge of a village not far from the Euphrates on the road from al Mayadin, Syria heard the pass words yelled from a Hilux truck and she jumped into the semi-stopped vehicle. They drove into al Mayadin and she produced a blackberry and said, “faster” to the driver.

As she finished typing on the tiny keyboard she was in peer-range. “Here,” she pointed for the driver, whom she noticed  was bleeding from his arm. “Turn”, she ordered.

Two women with assault rifles strapped to their backs suddenly appeared in front of them swinging a corrugated sheet metal roof off the side of a cracked slab of concrete.

“Iintalaq,” they said to the driver and as the truck passed them, the two guards moved the rusty old metal back into place and the opening disappeared.

As per the Blackberry instructions they went to the back door of the Hilux and opened it, immediately putting a mask on the casualty who lay there on the bench seat.

After some quick vital sign checks they began cardiopulmonary resuscitation. The two guards were sliding canvas wrapped poles between the seat back and the injured man as one of the nurses produced a large blue ball and attached it to the mask and began rhythmically squeezing the ball to force the man to take air into his lungs.

A slim women dressed in black came to the side of the truck with a small green bottle and connected it with plastic tubing to the apparatus the nurses had placed on the patient.

The guards had unfurled their poles underneath the patient and on the count of three they lifted the patient with the help of the three nurses and hand over hand the man was out of the vehicle and rushed through a door into a room with a medicine smell. It looked like a miniature hospital.

Within seconds the doctor woman in black was working on the seriously injured man. She had ordered blood and an IV but the patient’s heart stopped again. A nurse shoved an advanced cardiovascular life support (ACLS) cart through the medical workers and slammed her hand against a start button. Within seconds the paddles were on the patient and the jolt could be felt around the room.

It suddenly became clear half the left side of the patient’s abdomen was missing.

Nurses had been cutting belts and garments to evaluate the gaping wound. The patient had lost a colossal amount of blood judging from the bench seat in the truck.

His heart stopped again. The paddles ready, a count began as the doctor firmly called out to one of the nurses, “Behar, take care of the driver.”

Eighty-five seconds had passed. The woman doctor knew the patient was in very serious trouble. Save the lives you can. The driver was clearly in shock. Regardless, as she put a sphygmomanometer cuff on his arm she whispered warmly to him, “Your friend is still alive so this might be a good time to say ‘goodbye’. He is only hanging on to hear your words. I believe he is saying thanks to you for trying so hard to save him.” She then continued to fight death as the patient’s buddy whispered in his ear. Moments later, all signs of life ended, the room went silent, all motion stopped,  and the valiant  man passed to the next life. His friend sobbed. Heads bowed. The doctor quickly brushed a sleeve across her eyes and gave orders for the grieving soldier’s care.

The next day the soldier who had been driving the Hilux wanted to leave and take the body bag of his dead friend for a burial service up north near Kobane. The deceased Syrian Defence Fighter was twenty four. His wife had just delivered a baby, they learned.

Three days later in better health and with a supply of  local food and ammunition plus a Land Rover escort with guards to get him through the rough spots of al Mayadin, he made his way to join his unit and take his friend home to his family in Kobane  for a traditional burial.

The doctor and four nurses watched him leave.

Tears were running down the young man’s face. He saluted and they waved back.

“It’s good to cry, Bee, in’t it?”, said Behar, the senior nurse to the slim surgeon. “But my eyes have no more water so my heart cries now too.” she added.

“Maa sha’ Allah,” said the doctor. “God has willed it and only God would understand. We must believe in that after we have done everything we can,” she added.

Behar nodded. ‘Tears are not enough. We must stop the killing,’ she thought.

They ladies went back inside.

Someone lit a candle to brighten the darkness of death and they prayed for the safety of their unknown sister in Kobane and her newborn child. 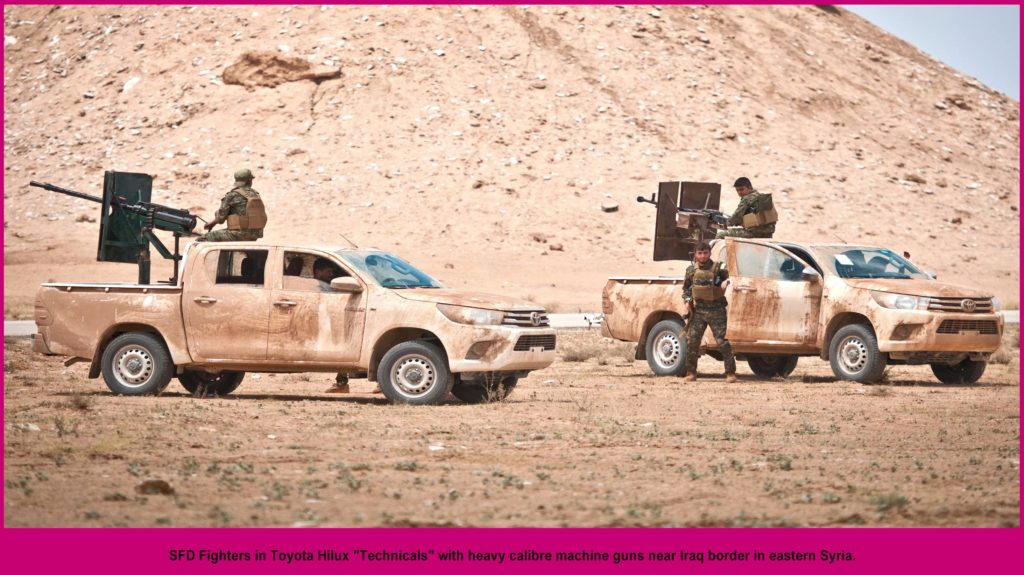 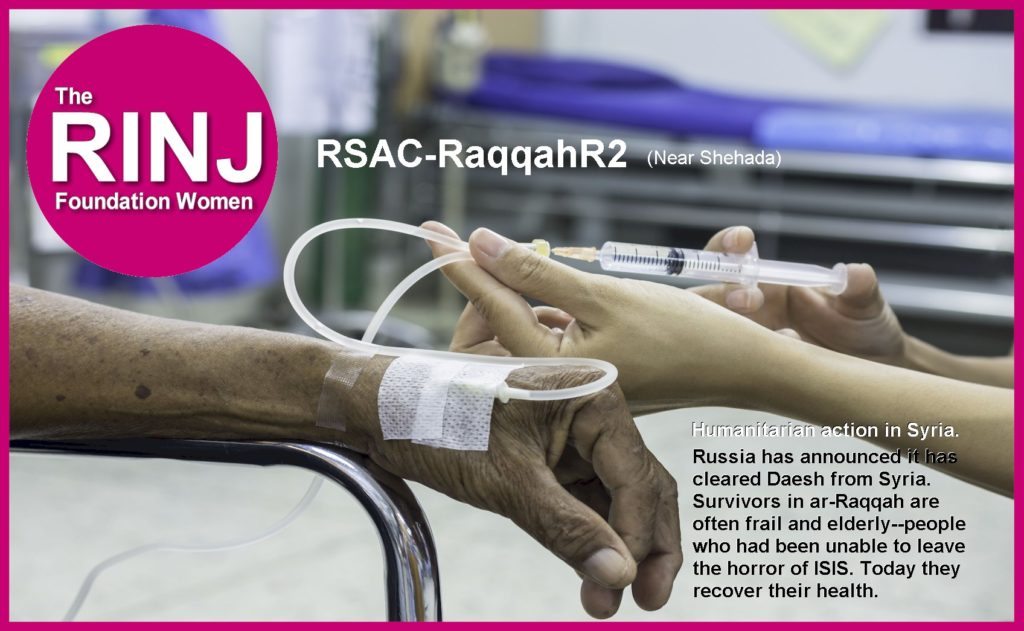