Updated April 26, 2017 – Manila, Philippines -An unpublished Philippines Police Report confirms the findings of The RINJ Foundation that Philippines police are responsible for all of the 10,000 plus extra judicial killings ordered by Philippines President Rodrigo Duterte.

The report, entitled “The State-Sponsored Extrajudicial Killings in the Philippines“, and reported on by Reuters was authored by several dissenting senior members of the Philippines National Police.

The report further confirms that several cabinet members are involved in the execution of the poor, the weak and the ill in the Philippines. Those cabinet members include Duterte’s long time henchmen Justice Secretary Vitaliano Aguirre II who has brushed aside accusations that police killings of thousands of Filipinos may be crimes against humanity, stating that drug users were not human.
Read: DUPI-Violations_of_the_Human_Rights_of_People_Who_Use_Drugs-Web 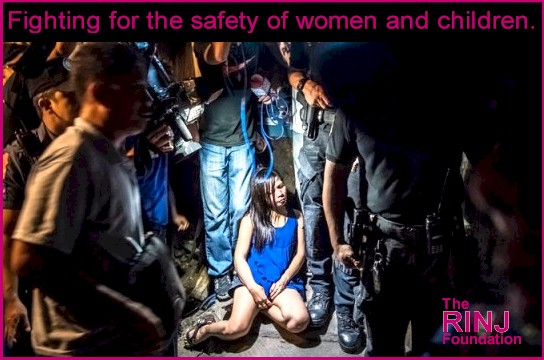 Numerous allegations leveled at Ronald Dela Rosa by international human rights groups, the European Parliament and The United Nations suggest that dela Rosa is a murderer and worse, the facilitator of crimes against humanity ordered by Rodrigo Duterte in a social-class cleansing of the Philippines aimed at ridding the country of poverty by killing the people of this class. According to the allegations, Dela Rosa is the executioner of a vile slaughter that is destined to outperform Auschwitz`s infamy.

An impeachment process against Rodrigo Duterte was launched in the Philippines 17th Congress by a single Member of the House of Representatives.

But thousands of RINJ.press readers argue that Duterte should resign because impeachment will not work in a corrupt government.

Efforts to get Dela Rosa fired have failed.

Senator Leila De Lima is being held in prison without bail as Duterte`s first political prisoner. Many of Duterte`s outspoken detractors have been murdered.

This premier impeachment process as you will read below, while unlikely to succeed because of the Duterte Junta’s iron grip of fear on elected representatives, is a precursor element to due diligence in attempting to resolve internally the problems of the country.

This avenue must be exhausted before international interventions are available to the Filipino people who as we have explained in the past are terrorized and somewhat bound into a form of Stockholm syndrome.

Here are two dozen reasons why this monster must be given the ouster.

RINJ Responds to Duterte With an Anti Drug Campaign

The RINJ Foundation says that, “after listening to the response of Philippines President Rodrigo Duterte to RINJ’s criticisms of Duterte’s systematic extralegal killings of drug users in the Philippines, a campaign has been launched to encourage supported self-help drug withdrawal. RINJ says it is going to demonstrate the correct way to reduce illegal drug use: Educate people and help them withdraw. This is not to say there is an abnormal drug problem but users are poor people who need help.”

#BawalAngDroga or Pres. Duterte kills you.

Two of Duterte’s key Cabinet members instrumental in Duterte’s murder of the weak, the poor and the ill.

The top 12 alleged criminals charged in the International Criminal Court at the end of April 2017 are as follows.

In a hard-talking public multi-lingual statement issued from its web site and aimed at drug users, RINJ says that there are many users of cheap drugs like the “Shabu” methamphetamine hydrochloride. Shabu is very popular among the poor, and so also is the local marijuana used by a cross section of the million overall drug users of the 105 million population Republic of the Philippines. Serious human rights abuses against the weak, the poor and the sick in the Philippines have drawn global attention.

“The Philippines does not have a serious “drug problem”. Hard drug use in the Philippines is much lower than global averages according to the United Nations Office on Drugs and Crime (UNODC). Two of the most used illegal drugs in the country are methamphetamine hydrochloride (shabu) and marijuana”, says the statement.

Cocaine and other party drugs like ecstasy, hallucinogens such as LSD, and mood-altering narcotic and opioid pharmaceuticals are used by lawyers, judges, politicians and other professionals who can afford those higher priced illegal items, according to the statement.

RINJ is coming down hard on users of Shabu. “This ‘Shabu’ thing is a serious money pit first, then a death trap. It sucks up your family’s money then kills you leaving them in your [mess].”

Philippines President Duterte himself is a self-confessed fentanyl (opioid) addict. (Opioids are a class of drugs that include the illegal drug heroin as well as powerful pain relievers available legally by prescription, such as oxycodone (OxyContin®), hydrocodone (Vicodin®), codeine, morphine, fentanyl, and many others.)

In a telephone interview with ‘Our News‘ from the Philippines the RINJ Project Manager, Sharon Santiago said that RINJ has a crew working on a new video to get the message out to Filipinas that drug abuse is killing or maiming babies and small children.

“The gunfire in the streets from the unskilled death squads shooting up drug users and enemies of the Malacañang (Duterte’s Presidential Palace in Manila) is slaughtering mom’s and children right left and center. Kids as young as four have been gunned down by the president’s death squads as a message of some kind when they can’t find their assigned target”, says the medical care practitioner.

“It is not just drug users but others who are unpopular like American ex-military men such as Danny Blaylock, a retired United States Naval officer, who was walking home in Barangay Casibong at 10:35 a.m. on Feb 5 when he was attacked and killed with a .45 by one of two motorcycle riding men,” adds Santiago.

“In Oriental Mindoro two police friends of Dela Rosa, the head of police in the Philippines who used to be Duterte’s head of police in Davao City killed Zenaida Luz, the Citizens Crime Watch regional chairperson.”

The RINJ Statement offers very specific advice on how to stop using “Shabu”, the drug cited most often by the leader of the Philippines Death squads, Rodrigo Duterte.

Santiago says that The RINJ Foundation’s network of women in the Philippines should be very helpful in reducing drug dependencies. “Because the government is murdering these impoverished people, there is no help for them from the State. We have talked to people in the hospitals and they support Duterte’s goal of killing these people and would turn them in. We are disgusted at say Baguio General hospital where we interviewed staff who stood beside a drug treatment building and said yes, those patients should be killed. As our statement says, it is some kind of Stockholm syndrome,” the humanitarian worker added.

The RINJ ant-drug statement describes in very specific detail the psychological manipulation of the Philippine public:

“Your government wants you to hate yourselves. You should, says Manila. You must strive to please your leaders. Many of you are so bad you need to be gunned down in the streets. Abusive mothers and fathers always create a “bad kid” and hold siblings responsible. It breeds fear and blame. It creates the Stockholm syndrome. You are in it.”

Picture stories of the dead and broken-hearted. Over ten thousand souls, many just babies, gunned down in cold blood by the Government of The Philippines.