The membership of the US Supreme Court is about to change and Americans are worried about the future of the Roe v Wade decision.

That decision more or less allowed the US Constitution to prevail and told government to conditionally stay out of the womb.

The failure of the US Supreme Court decision on Jane Roe v Henry Wade is in its audacity to discuss the beginning of life like a bunch of old dinosaurs barking at each other. The US Supreme Court played God and pretended to know life began in the third trimester thus tied state regulation of abortion to the third trimester of pregnancy. But for certain it supposed life existed once fetal viability could be assured outside the womb. That is ghoulish and absurd. A fetus belongs in the womb;  judges and politicians do not. This was nearly half a century ago in 1973 but from the outcome and the printed word in the annals of history you would think it came from neanderthal caves.  No law is needed at the federal or state levels. Let doctors do their jobs and keep politicians and courts out of women’s wombs. 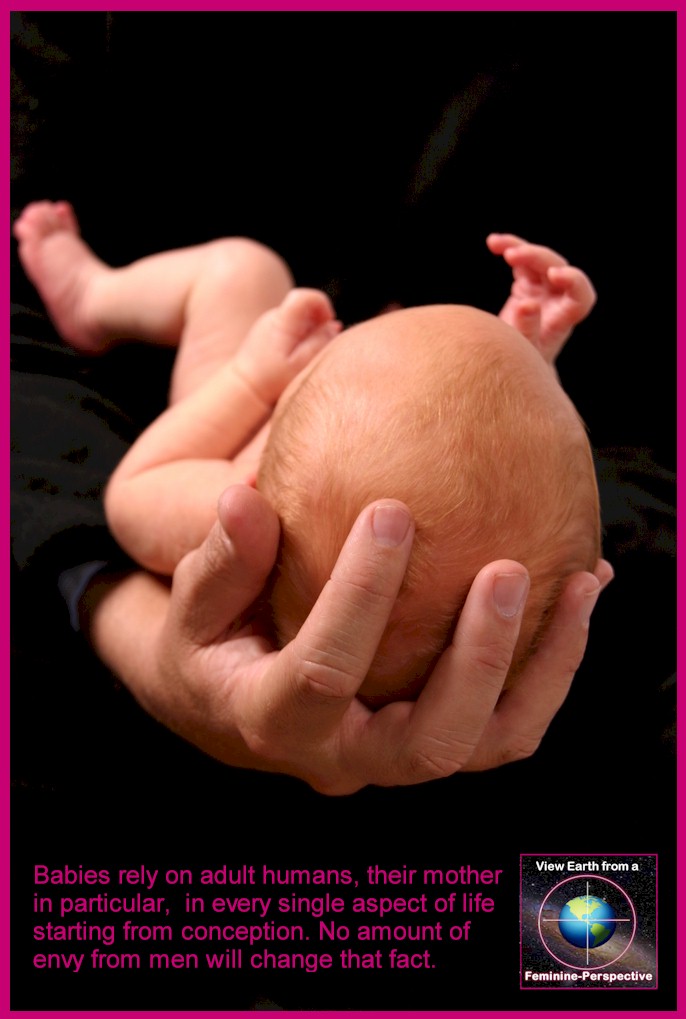 Babies rely on their mother in every single aspect of life starting from conception. Art: Feminine Perspective, Photo: Shutterstock.

Babies rely on adult humans, their mother in particular,  in every single aspect of life starting from conception. No amount of envy from men will change that fact. No court ruling that suggests a fetus can survive outside the womb changes anything. And infant humans need their mother no matter what that buffoon Donald Trump has to say about separating children from their families.

A fetus belongs in the womb. A baby is delivered at birth. During medical emergencies, the doctor and the patient will manage the fetus/infant’s health, not old men and women in courts nor political bodies.

For some reason, old men want to be politicians and prove they are young men again by regulating young women’s bodies about which they know nothing. Most American men are still hunting for the clitoris, or at least those that haven’t given up already or were told to ‘stop!’.

Medical work, obstetrics for sure, should be left to doctors, not politicians. Politicians and courts have shown no particular talent for interfering successfully in these matters.

If Jane Roe v Henry Wade is a verification of a ‘constitutional right that is well established’, then Roe v Wade is irrelevant and no other legislation nor court rulings are needed. These are decisions doctors must take based on an actual case.

Existing US ‘Rulings’ Have no Basis in Scientific Reality

Roe v. Wade, 410 U.S. 113 (1973) is something that older Americans still like to debate even though it is based on arcane thinking dating back nearly half a century ago. That is fine but the debate and the original decision have as much intellectual moxie as the flat earth society does today.

Once an egg is fertilized it must then embed in the womb. Once it has embedded in the womb there is a probability, sometimes only a 50/50 chance a baby will result. Once embedded, nature makes some decisions about viability that probably you need the training and experience a medical masters degree provides to understand fully. The viability decisions relate to chromosome match and bio-chemical realities of the union. If the body rejects the implant, mother may never know a fertilization took place. The passage of the egg from the body would be like an unfertilized egg, like a normal menstrual period or maybe a slightly heavier flow.

Almost twenty years after the Roe v Wade kerfuffle, in the case of Planned Parenthood v. Casey (1992), the Court rejected Roe’s now half-century old trimester framework while affirming its central holding that a woman has a right to abortion until fetal viability outside the womb. They were pretentious Gods as well. Ignoramuses insofar as science is concerned.

A doctor and her patient can tell you when her baby’s life began. Each one is different. It may be much sooner than you perhaps think. It will be different in every single case. Just like the universe is based on entropy (chaos) or randomness, so too is procreation. Certain things are predictable; most things about natural procreation are not.

Every Single Conception is Unique

No laws are needed.  Only the doctor and patient can decide on the patient’s needs.

Unless you have a crystal ball, happen to be God, or happen to be the doctor or patient in the case, you do not know when the baby’s life begins. You don’t.

From a medical and scientific perspective, in a developed country like the United States of America, politicians need to get out of the womb at birth and stay out for the rest of their existence.

The medical and surgical procedures that induce an aborted pregnancy are available when a doctor needs to make a triage-type decision about what life she is able to save.  The legislative bodies will not be there at that time and cannot under any circumstances interfere. The matter is for a doctor and patient at that particular time with intimate knowledge of the vital symptoms and circumstance of the crisis. The crisis might be a rape, a plane crash, a car accident, or whatever  event brings the patient and doctor together.

Don’t worry. If it is discovered that a wayward doctor has killed a baby, say for example in the case of a patient urging for gender infanticide or in the case of a patient frivolously using abortion as a form of birth control, the doctor and patient, and maybe even accessory criminals, could be charged with murder.  Abuse of the medical profession is a well punished thing and that’s where courts and politicians do have a say. It’s 2018 and contraceptive methods in developed countries like the United States are as reliable and nearly as numerous as the stars in the sky. Using abortion as a method of birth control is murder.

‘Abortion’ used as a form of birth control or gender selection is murder.

The civil society women’s group The RINJ Foundation has published some excellent material on this subject.

Click the image to read their White Paper on Abortion: 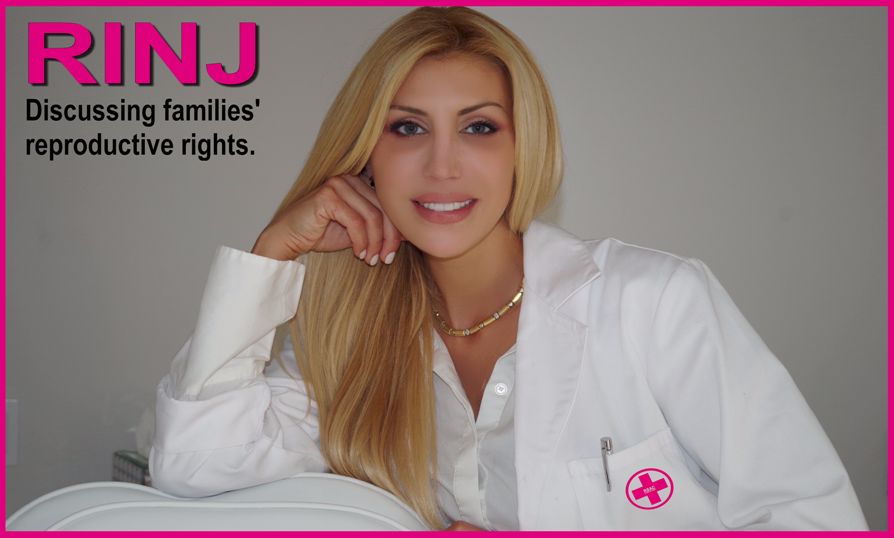