With files from “Russian Spring” and “Times of India”.

Gangs of Asian men lure white girls with alcohol and drugs before raping and sexually abusing them as they fail to integrate within British society due to their Asian heritage, an anti-extremism think-tank has said in a new report.

“We began thinking we would debunk the media narrative that Asians are over-represented in this specific crime. But, when the final numbers came in we were alarmed and dismayed. For both of us being of Pakistani heritage, this issue is deeply personal and deeply disturbing,” said Muna Adil, one of two authors of the report called ‘Group Based Child Sexual Exploitation: Dissecting Grooming Gangs’.

Quilliam looked at 58 cases of grooming gangs identified in the UK between 2005 and 2017, which led to 264 convictions.

Quilliam discovered that 222 of those convicted, or 84 per cent, were men of Asian origin and mostly of Pakistani heritage. Only 22 were black and 18 were white with two offenders not having an identified ethnicity. The findings are in stark contrast to the fact that Asians make up only seven per cent of the UK population, the study noted. Rotherham, Newcastle, Newham, Rochdale, Oxford, and now London – on the map of Great Britain over the past 20 years, more cities have appeared, where newcomers rape white underage Britons and drag them into prostitution.

While local authorities insist that everything is under control, Pakistanis and other Asian immigrants are making millions of fortunes, coming up with new schemes how to lure naive teenagers into a trap. Recently, criminals are searching for new victims, getting acquainted with them in McDonald’s.

“White trash”, they call them.

“All white women are suitable for one thing only: for men like me to fuck them and use them as trash!” – with such a last word in court, one of the Pakistanis who created a network of pimps-pedophiles in the United Kingdom said in a speech.

The Quilliam  study found that while girls from the Asian community were seen as “protected” because chastity was linked to “family honour”, young white women were deemed “easy targets” and “open to sexual relationships with a little persuasion”.

Over the years, gangs of Asians have been operating in Britain, raping and engaging in prostitution of white underage Britons. This was first learned in 2014, when local human rights activists published a report in which they told that in 16 years Pakistanis raped more than 1.4 thousand girls aged 11-15 years in the provincial English town of Rotherham with a population of over 250,000 people.

They were attacked in cars, parks, even on playgrounds. All these years, children were abducted, beaten, raped and sold to other English cities.

To prevent girls from turning to the police, they were threatened with cruel reprisals. However, this was not necessary. Guardians of order and so knew about the atrocities, but preferred not to prosecute, fearing to be known as racists.

“They are worried about rapists, but they are not at all concerned about the potential racial hatred of white by these very rapists. The British government simply betrayed these children, “the British newspapers frightened with horror.

Despite the violent reaction of the media and public indignation, the situation has not improved: the police have now begun to accept applications, but for months do not provoke victims to testify. 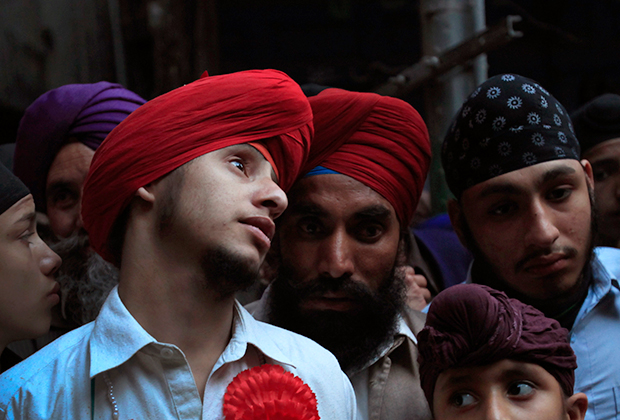 According to the girls, when they come to the station, the guards of the order look at them with ill-concealed disgust, like at young prostitutes. Some police openly accuse raped children of having voluntarily entered into sexual relations with Asians.

During this time, about a hundred criminals were arrested, accused of rape and received from one and a half to ten years in prison. In addition, dozens of policemen were identified, which hampered the investigation and tried to hide the facts of sexual exploitation of children.

However, the wave of violence has not stopped, with every year on the map of England there are all new cities, where violence and sexual exploitation of British girls thrive. Pedophile pimps have made millions of dollars in sexual slavery.

Every year, the number of criminals is increasing, to implement their ideas, they come up with more and more sophisticated methods.

“When my friends and I were at one of McDonald’s restaurants in the center of London, we were approached by very nice young people of about our age and offered to get acquainted. We were not against it. Somehow, at once fellowship began, we went for a walk.

Then they began to meet. Everything developed so swiftly, it seemed, is love at first sight, “- for four British girls this seemingly random meeting turned out to be fatal.

Young people who became their boyfriends, in fact, were recruiters who worked for a gang of pedophiles. 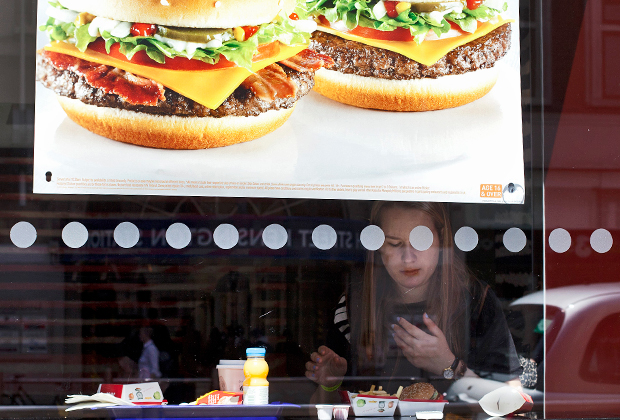 After some time, the girls were invited to a party where they were introduced to adult Pakistanis, soldered or pumped up with drugs, and then raped, writes The Independent.

Earlier, gang leaders of pedophiles were only immigrants from Pakistan, but now men from Bangladesh, Iran, Iraq, Turkey, Albania and countries of Eastern Europe take part in sexual exploitation of young Britons.

In this case, different schemes are used: sometimes criminals act openly, offering girls money and drugs in exchange for sex. At the same time, teenagers from disadvantaged families or boarding schools are selected. But often girls are simply intimidated. Many of them do not understand until the last how their young people could act so meanly with them.

Recruiters are looking for girls in McDonald’s, shopping centers, on the street or in social networks. The script is worked out to the smallest detail: after the acquaintance of the British they go with their beloved to the party, where they transfer them to the hands of the gang leaders.

In December 2017, six men suspected of raping four Englishwomen were arrested in London. At the same time, the guards of the order are sure that the victims of sexual exploitation are tens of times larger, just many victims, as always, are afraid to go to the police.

“After my boyfriend allowed his brother to rape me, I miraculously got home. In the shower under the streams of hot water I tried to wash off all this dirt from myself (…)

…The next day I went to the police, because I was so afraid that it could happen again, but there they told me that they could not do anything. I was just a frightened teenager, but they did not lift a finger to protect me,” recalls one of the 13-year-old Britons who became a victim of this extreme sexual violence. 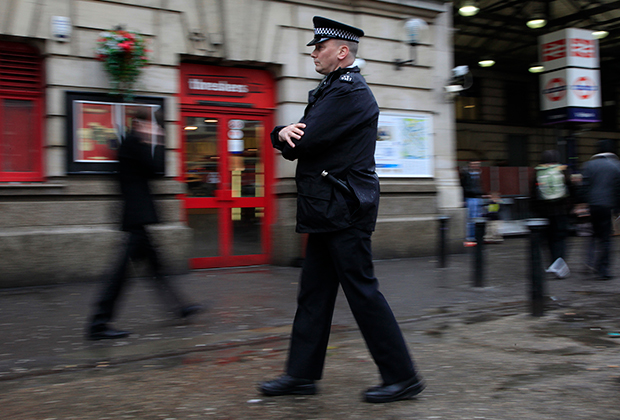 British police prefer to turn a blind eye to what is happening
Photo: Stefan Wermuth / Reuters

Throughout all these years, the police admitted that they were embarrassed to talk about the ethnicity of the criminals because they did not want to appear intolerant or were afraid that this would cause racial hatred.

After the sexual scandal that erupted in 2014, many guards zealously took up the investigation of these cruel crimes. However, in the last three years, their fuse has faded.

In each interview, the police emphasize that “it is not necessary to reduce this matter only to attacks by Asians and Muslims, because among the criminals there are a lot of Caucasian people.”

“I do not care where they come from. We just find them, arrest them and throw them behind bars, “one of the guards said, noting that several girls from Asian families were also subjected to violence. However, human rights activists and journalists cite other data:

“Asian girls are protected: Pakistanis do not attack them, fearing that relatives of the victims will not rest until they retaliate by “honour killing”…

…On the contrary, they consider white girls to be very easy prey. “