Is Corruption a Human Rights Violation of Itself?

Transparency International defines ‘corruption’ as “the abuse of entrusted power for private gain. It can be classified as grand, petty and political, depending on the amounts of money lost and the sector where it occurs”. 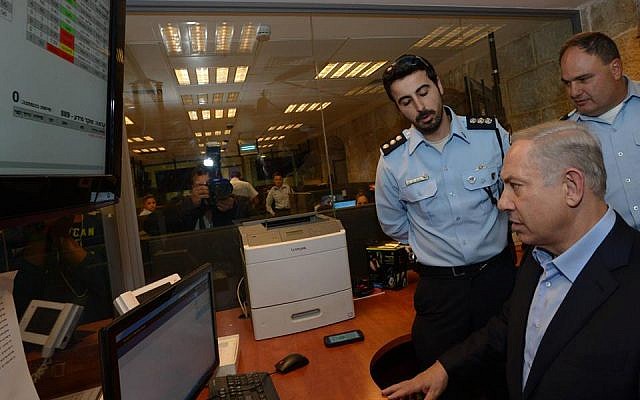 “Corruption undermines democracy and the rule of law. It leads to violations of human rights. It erodes public trust in government. It can even kill — for example, when corrupt officials allow medicines to be tampered with, or when they accept bribes that enable terrorist acts to take place.” – Ban Ki-moon – Former United Nations Secretary-General –  HR Case Against Corruption

“Let us be clear. Corruption kills. The money stolen through corruption every year is enough to feed the world’s hungry 80 times over. Nearly 870 million people go to bed hungry every night, many of them children; corruption denies them their right to food, and, in some cases, their right to life. A human rights-based approach to anti-corruption responds to the people’s resounding call for a social, political and economic order that delivers on the promises of ‘freedom from fear and want’.” – Navi Pillay – United Nations High Commissioner for Human Rights 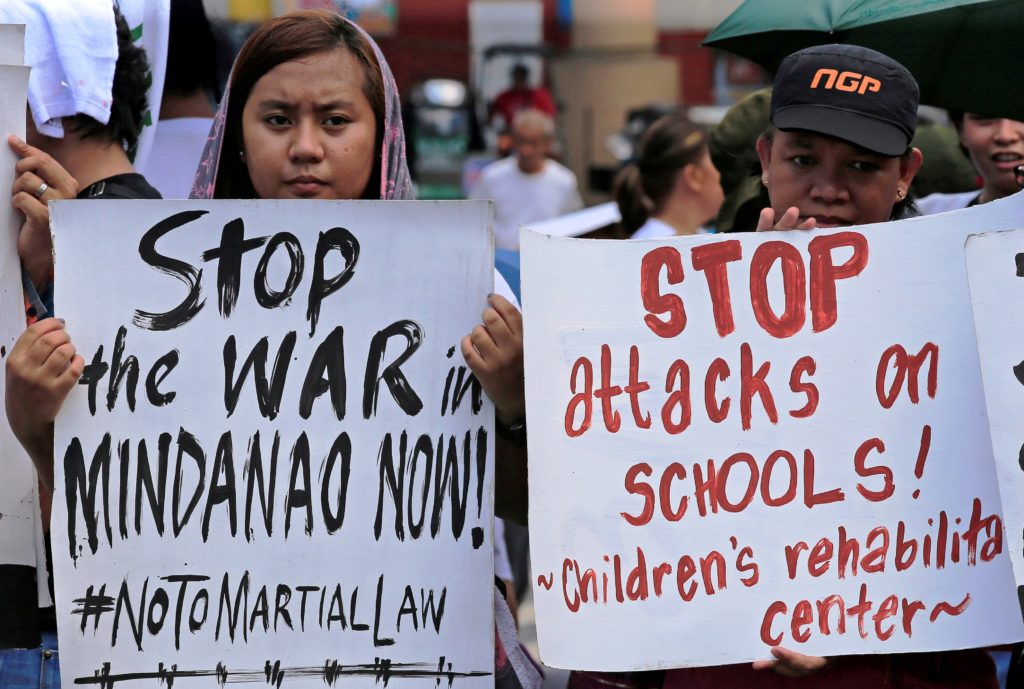 “Corruption [is] a process of death that feeds the culture of death,” says Pope Francis, “because the thirst for power and possessions knows no limits.”

Philippines’ ‘gangster-style’ leader Rodrigo Duterte has ordered the killings of thousands of poor people in the Philippines.

The Rule of Law

The 2018 ‘Rule of Law Index‘ contains some shocking statistics that every person needs to take some time to read. (World Justice Project 2017-2018 Rule of Law Report) Alarming trend lines are beginning to show up and the changes may surprise you.

“The WJP’s findings provide worrying confirmation that we live in very dangerous times for the rule of law and human rights,” said Murray Hunt, director of the Bingham Centre for the Rule of Law.

“The worldwide resurgence of populism, authoritarian nationalism and the general retreat from international legal obligations are trends which, if not checked, pose an existential threat to the rule of law. Preventing violations of the rule of law and human rights is always better than curing them after the event,” Hunt said.  (see: ‘A crisis for human rights’: new index reveals global fall in basic justice. – The Guardian)

Assuming that corruption is an economic or political problem has perhaps obviated the eventual solution. The cross-border (borderless?) nature of corruption, plunder and graft has left many a law enforcement agency in a jurisdictional quandary and eventually no action is taken. But if government and corporate corruption is approached from the standpoint of it being a human rights issue, suddenly the best and the brightest minds from the global Civil Society are brought to bear as well as the somewhat limited but growing strength of international law.

A good example comes from the American healthcare programmes Medicare and Medicaid which estimate, quite modestly in all probability, that 5% to 10% of their annual budget is wasted as a result of corruption. How many patients leave the system without their needed care? Human rights violation?

A human rights based approach to anti-corruption means putting the international human rights entitlements and claims of the people (the ‘right-holders’) and the corresponding obligations of the State (the ‘duty-bearer’) in the centre of the anti-corruption debate and efforts at all levels, and integrating international human rights principles including nondiscrimination and equality, participation and inclusion, accountability, transparency, and the rule of law.  United Nations Human Rights Commission HR Case Against Corruption

High corruption levels severely restrict the efficiency of businesses operating in the Philippines. Extensive bribery within the public administration and vague and complex laws make foreign companies vulnerable to extortion and manipulation by public officials. Favoritism and undue influence are widespread in the courts, leading to time-consuming and unfair dispute resolution, and to an uncertain business environment. A verdict can easily be purchased in both civil and criminal cases.

Corruption plagues the customs administration, and fraud routinely occurs for companies when filing import and export documentation. The Anti-Graft and Corrupt Practices Act criminalizes active and passive bribery, extortion, abuse of office and conflicts of interest. Giving gifts, except for gifts of insignificant value given in line with local customs, is prohibited.

Facilitation payments are not addressed by anti corruption regulations and private sector bribery is not criminalized. The legislative framework for fighting corruption is scattered and is not effectively enforced by the weak and non-cooperative law enforcement agencies.  – The-Philippines-Corruption-Report

President Trump’s network of business interests make it easy for businesses and foreign powers to engage in a range of transactional relationships with the President. As the chief White House ethics lawyer to President George W. Bush said, “this is the new version of pay-to-play, ‘Get in there and do business with the Trump Organization.’”

Connections to politicians have been shown to increase private-sector earnings. In Italy, Prime Minister Silvio Berlusconi’s private television network, Mediaset, increased its profits by one billion euros during his tenure thanks to advertising revenue from companies eager to gain favor. In Russia, a political connection to a winning politician can increase a firm’s revenue by about 60 percent and profit margins by 15 percent throughout the politician’s time in office.

With the Trump administration’s unprecedented lack of transparency, outsiders can only speculate on what the Trump Organization may be gaining, what President Trump may be giving up in such an exchange, and how that aligns with the interests of people in the United States President Trump represents. As President Trump has refused to put his holdings into a blind trust or release his tax returns, only he will know how possible regulatory or legislative action could benefit his businesses. — USA Congressional Report on the cost of corruption- May 2017

Corruption in India is a problem that has serious implications for both protecting the rule of law and ensuring access to justice. These are human rights issues.

Corruption is pervasive in the system of governance in India, undermining the effectiveness of all institutions of governance. Since its independence, successive Indian governments have attempted to take measures to reduce the levels of corruption in the country, including legislative and institutional measures. However, absence of the political will and sincerity in taking concrete steps to eliminate corruption has resulted in most of these measures not achieving the results that were intended.

Professor C. Raj Kumar  ( Vice Chancellor
of O.P. Jindal Global University and the Dean of Jindal Global Law School)  “Corruption in India is not merely a law enforcement issue where the existing laws of the state are violated and can be remedied merely by more stringent law enforcement. Rather, corruption in India is a much more fundamental problem that undermines the very social fabric, and political and bureaucratic structure of the Indian society. Thus, while it is necessary for the law enforcement machinery to be empowered, the larger issue concerning corruption in India is how it violates the human rights and, in particular the constitutional rights guaranteed under the Constitution of India.”  – Corruption-in-India-A-Violation-of-human-rights_Kumar

The African Union in 2002 estimated that 25% of the GDP of African states, amounting to US$148 billion, is lost to corruption every year.

Terms such as “palm grease” and “speed money” show that even just a few decades ago, most African societies at least tolerated informal payments to lubricate the gears of economic and social life and to accelerate its operations. “But even at the price of human rights violations?” – Corruption_and_Human_Rights – Prof. Dr. Anne Peters 2015

Dr. Anne Peters, 2016: “My answer is that such a reconceptualization is legally sound, and that its normative and practical benefits outweigh the risk of reinforcing the anti-Western skepticism towards the fight against corruption. This assessment leads to the practice recommendation of a mutual mainstreaming of the international anti-corruption and human rights procedures. I conclude that the re-framing of corruption not only as a human right issue but as a potential human rights violation can contribute to closing the implementation gap of the international anti-corruption instruments.” Dr. Anne Peters, 2016  Corruption-as-a-violaton-of-human-rights (MPIL Research Paper Series No. 2016-18)

Taking a human rights approach to corruption highlights the fact that corruption is more than just misappropriation of money or abuse of power; corruption also has deleterious effects on people, which can lead to breaches of human rights. It acknowledges that corruption is a global problem, requiring global action and solutions. Giving corruption a ‘human face’ may lead to increased efficiency of anti-corruption efforts through better awareness of the effects of corrupt behaviour, increased calls for improved accountability and transparency in governments, and increased varieties of strategies that are available to combat corruption.