Mike Pompeo, in his own words, makes stuff up.

“This is the thing that the American people need to understand about Washington DC: It makes stuff up,” Pompeo told CNN’s Wolf Blitzer. 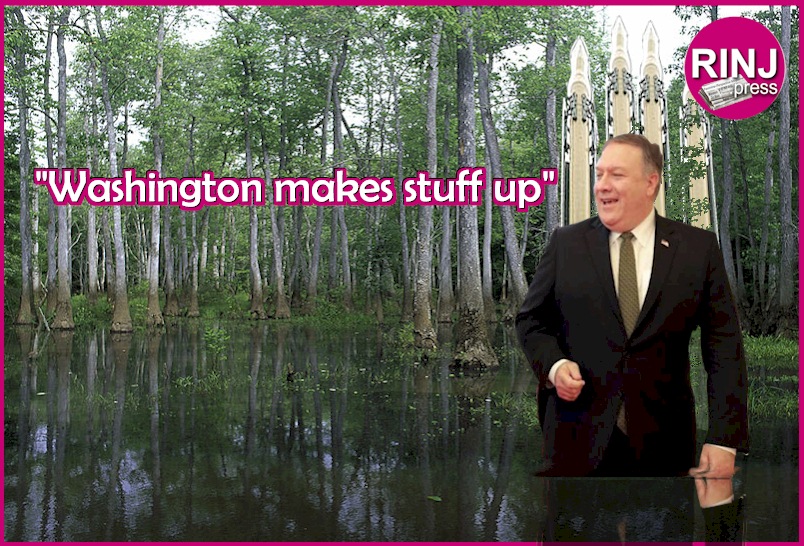 This is the thing that the American people need to understand about Washington DC: It makes stuff up.” Art: Rosa Yamamoto. Pompeo Photo Credit DPRK News Service

He then said in an exclusive CNN interview with Wolf Blitzer on the sidelines of the G20  summit, that Donald Trump did not cancel a meeting with Vladimir Putin of Russia because of the Mueller investigation but because of an “illegal” arrest of Ukrainian sailors having a drunken party in the Kerch Strait.

The press learned that Putin did have a sideline meeting with Trump and that the Russian Court did not rule that the arrests were illegal but that it wanted 12 of the sailors detained into next year. Pompeo is obviously correct: Washington DC  makes stuff up. Pompeo makes stuff up.

When Pompeo said to Blitzer that the US intends to continue military support for the Saudi slaughter in Yemen, he likely was not making it up.

by Melissa Hemingway with files from Sharon Santiago – Feminine-Perspective Staff

(Watch for two special features this month from this deadly duo of lady scribes: “Why we call Trump, TPTT” and “The Putin Paradox”.) 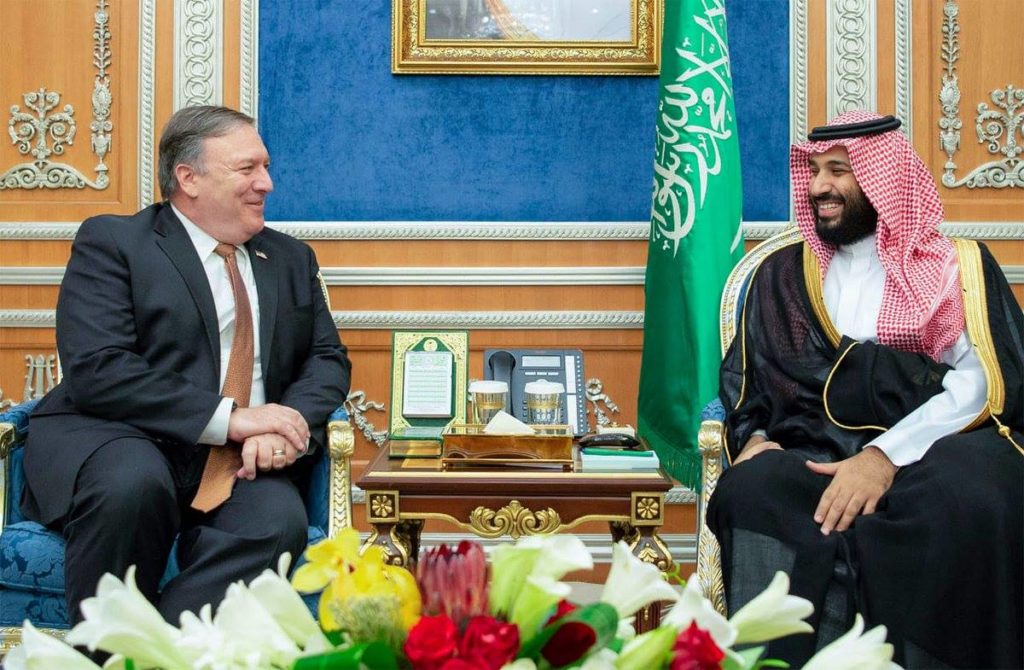 Mike Pompeo voted against reauthorizing the Violence Against Women Act in 2013, which funds shelters and services for victims of domestic violence, because of amendments extending protections to L.G.B.T. victims.  He also voted against requiring employers to provide health care plans that included contraception, citing religious liberty.

Confused about Iran which launched a MRBM missile last week.

UN Security Council resolution 2231 bans “any activity related to ballistic missiles designed to be capable of delivering nuclear weapons, including launches using such ballistic missile technology . . .”. It is no less true that 2231 was created in the shadow of the JCPOA which has been kicked to the curb by Donald Trump. Read: Killing of JCPOA is now a Certain War Path (Analysis)

“These men and women are not torturers, they are patriots”.

America United says “Concerns about Pompeo’s anti-Muslim views and how they would impact U.S. foreign policy were raised shortly after President Donald Trump was elected and named Pompeo to be his CIA director. Marwan Muasher, a former Jordanian ambassador to the United States who now oversees research into the Middle East for the Carnegie Endowment for International Peace think tank, in Nov. 2016 voiced his concerns about Pompeo and two other Trump national security nominees.

“While the region has the same commitment to fight terrorism, it needs a nuanced view of Islam and of Muslims, rather than treating all Muslims with a broad brush,” Muasher told The Washington Post. “The cause of fighting terrorism will not be helped if the new administration treats the Muslim world as a problem rather than as part of the solution.”

But Pompeo hasn’t demonstrated a “nuanced view.” He has maintained close ties with anti-Muslim groups and individuals that propagate conspiracy theories about Islam, including ACT for America, considered to be the country’s largest anti-Muslim hate group.

Pompeo like most male politicians presents as one who never got the full procreation lecture hence for that and other reasons, like not being a doctor,  he should not be involved in medical practice policymaking. He has stated he  believes  abortions should be allowed only when necessary to save the life of the mother and that according to him, life begins at the moment of conception. That belief on nonmaleficence planes aligns with the vast majority of medical practitioners but his concept of procreation medically wrong. Conceptions in the majority do not yield a womb-implanted egg, hence no life. Life begins once a fertilized egg is implanted. Most conceptions fail for chromosome mismatch complications and very many other reasons. Preventing the implantation with a pharmacological intervention is a common and useful form of birth control known as “plan B”. Plan B prevents countless abortions. Misogynistic politicians should not be getting involved in medical procedures performed on women patients because the decisions will be made by a medical practitioner and her patient and Pompeo’s opinion is irrelevant.

Proponent of  Mass Surveillance of the American people.

In a January 2016 op-ed piece in the Wall Street Journal, Pompeo said that mass surveillance of the people is needed because, “robust surveillance, drawing on a variety of technical and human intelligence and backed up by rigorous investigation of all leads, is the best way to mitigate the threat…”

The article " Mike Pompeo, in his own words, makes stuff up. " was written by Author: Katie Alsop (Biography, Email) Staff Writer Feminine Perspective. FPMag correspondent for the Middle East and Europe.
Contact Katie Alsop on Twitter ~ Facebook ~ Find on YouTube