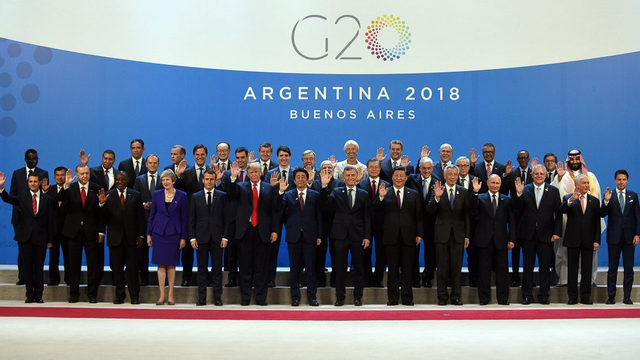 The G20 Patriarchal “Family” Members, plus alleged-murderer of Jamal Khashoggi,  Saudi Crown Prince Mohammad Bin Salman (MbS). The actual King of Saudi Arabia could not be present so his highness sent an alleged murderer and detainor of dozens of human rights defenders instead. Angela Merkel , Chancellor of Germany arrived too late for the “Family” plus MbS (whom Putin ill-advisedly highfived) picture-taking. Photo Credit: The G20 Argentina 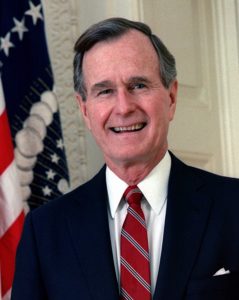 As the G20 Summit got under way in beautiful Buenos Aires, Argentine, the world heard some sad news.

Thinking about George H. Bush makes me remember the dad-loving boy that I am. When I met Mr. Bush I was excited seeing a man, bigger to me than his boss Ronald Reagan, who was to many boys like me, a real super hero. Condolences to the amazing Bush family. This man was a WWII veteran who fought alongside my dad. Nothing more needs to be said except, “Thank you”.  Never forgotten.

Angela Merkel and Theresa May Are The Token Ten of G20

Only ten percent of the G20 leaders are women.

Theresa May is making history with Brexit and Angela Merkel is making her own history for Germany as well as talking history as she remembered 41st President George Bush who played a significant role in the lives of many Germans when he steered German reunification.

Speaking to journalists in Buenos Aires,  Merkel said, “I mourn George Bush, the 41st president of the United States, as the chancellor of the German Federal Republic but also as a German who, without the results of his policies, would hardly be standing here…

“During George Bush’s presidency, we experienced the strength and reliability of German-American friendship, and we will never forget this experience.” – Angela Merkel

Trump’s Bluster Wears Down & Criminal Self is Exposed

Rumours about Donald Trump’s playbook as exposed Friday by his personal lawyer of ten years circulate at the G20. What it means, nobody knows. Impeachment to this patriarchal group, unless they think back to Watergate, means one hides the blue dress, get impeached for lying about the rag, and stay in office until the end of your term. The video below wherein the Rachel Maddow analysis of the story, is worth watching.

Canada and the United States at one point in time had an extraordinary relationship. That’s over, notes former Canadian ambassador to the United States, Frank McKenna who was not pleased that Trump insulted all Canadians and continuously attacked the Canadian Prime Minister and threatened the country’s economic well being. Above that Trump attacked the gender of Canada’s principal minister in the deal and made numerous ride remarks about the Canadian negotiators.

Slamming a 300% tariff on Canadian Aircraft sold to US buyers and a 25% penalty on steel and aluminum from Canada may not even top the chart of  insults to Canadains. Canada was the United States number one customer nation. 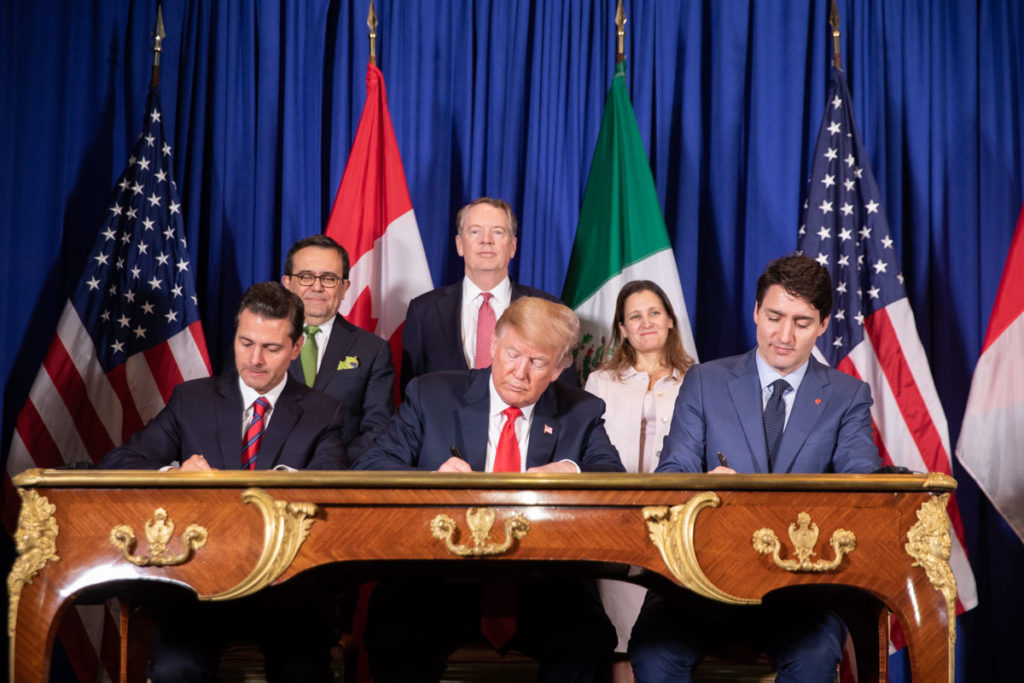