Single moms with one or more kids own poverty in the Philippines. They define poverty. But thanks to China, babies have comfy rompers, functional strollers & nice colorful towels. 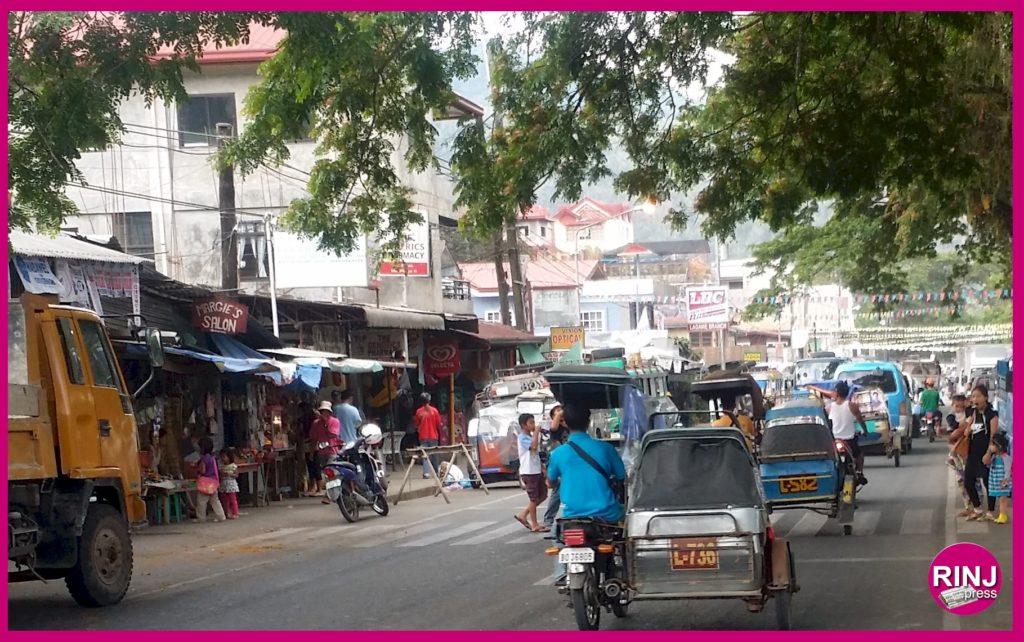 Rape and incest account for large numbers of  babies born to unwed mothers, some of whom became mothers while children themselves as young as 8 and 9. Too many, millions of Philippines’ women work as domestic helpers in other countries leaving their children at home to pretty much fend for themselves. Rape and incest are serious problems.

How do these Amazing Single Moms Survive?

The current Philippines President Rodrigo Duterte has taken huge steps to try to fix the problem of unwanted pregnancies but has only been in office for about two years so the effects are positive but not yet what’s needed. This is partly because of challenges by the Catholic Church in the Philippines Supreme Court to OPPOSE CONTRACEPTION, an enormous violation sought by the wealthy church against the rights of women and families.

Sitting and watching a Mom who sold blankets and cared for her little girl, I ate my vinegar-dipped vegetable lumpia I bought from what you might call a street vendor but here it was a restaurant.  (The lumpia was fresh and tasted amazing.)

I wanted to take her picture, this proud young mom, but she emphatically said “no”.  After some chatter she agreed that I could write about her business but not use her name.

She and her two children are selling towels and blankets at an improvised stall at a street market in a small town in northern Ifugao on Luzon island in the Philippines.

She, I am going to call her Pearl, boards in a four-wall, concrete, tin-roof structure with four other single moms and their kiddies in a nearby hamlet on the side of a mountain.

I was learning by the minute. People were wandering over to us to have a word and the conversations were quite interesting. Everybody asked who I was; where was I from; and why was I here?.  Pearl explained that some people in the local tribes have never seen a white person never mind a lone white woman.

This is a serious Mom-Owned Business

Pearl’s table was an upside down plastic clothes basket. Her goods were cheap and simple but spotless, plastic-wrapped thin blankets and towels made in China.

The temperature was  an early-day 40 deg C (104 deg F) so heavy blankets are not called for. There is no running water so Egyptian cotton, top luxury towels would be out of place.  Naturally I bought one of each, a towel and a blanket.

The price was incredibly inexpensive although she told me she was still able to make 40 or 50 PH peso, less than one US dollar each. Selling thirty or forty pieces over 7 days she would make around $35 per week minus the shipping costs of around $6 USD she must pay. That is not a lot of money for a single mom raising two children, one a toddler and the other a grade-school beginner.

She also maintained a few square meter garden where she grew beans and tomatoes for her kids as did her fellow single mom’s sharing living space.

I looked around. All the street stalls, some much more sophisticated than Pearl’s portable business, were run by moms with their kids.

She interrupted our conversation to grab a many times reused plastic bottle full of water and run to her little girl, barely two years old. The tiny child was sitting in the sandy soft gravel at the side of the road with a surprised look on her face. My saleslady gave the little girl a tight hug and then produced a face cloth from somewhere and proceeded to wash down the little girl’s legs. She had seen while multitasking what I did not notice; the toddler tripping on her feet and falling down. This mom had eyes in the back of her head.

I had to leave her  to go back to a courthouse where a rape trial was taking place. I asked her if she would be around later. She pointed to her diminishing stack of towels and blankets and said maybe.

Her toddler I noticed was wearing a starchy-clean but sun-faded suspender romper and a pretty flowered “T”.  Clothing here is hand-washed and hung in the sun to dry.

The little one was spotless, her hair cut nicely and well groomed. She wore plastic flip-flops on her feet. They are 20 peso “Slippers made in China”. Adorable child–adorable and admirable mom.

I was beginning to see the retail beauty of the rows of bamboo poles strung with brightly colored flip-flops, dry goods, toys and haberdashery, all from China, and very functional yet affordable. This is what made up the merchant stalls along the road sides.

I wanted to see this family again. But I had a working afternoon ahead.

As I turned to leave Pearl gave me a hug and said ‘salamat’. I had bought for each of us a bottle of green-tea drink (called C2). It was a refreshing and very educational lunch break for me.

My working afternoon was short and I hurried back to Pearl.

Her 4-year-old was back from her half-day school and playing a game with the toddler. Pearl’s stack of towels was reduced but still bulky to carry.

She showed me two tea bags wrapped in plastic and invited me to her home for tea.  (Yikes. Tea bags are sold individually here.)

From behind her neighbour’s stall she produced her folded up baby stroller which she unfolded, locked and wheeled over. It was brightly colored and obviously built with ingenuity. The wheels were a sensible size and the axles were barely the girth they needed to be. Actually it looked a little like it was built from beefy coat hangers but so cleverly constructed it became robust and pretty.

Pearl smiled and told me she had saved five months for this stroller. She was proud of herself. A lump came into my throat. If she had bought the equivalent in North America she would have been saving for five years.

Some 30 to 40 million people live in poverty in the Philippines. Too many are single moms and their babies.

But thanks to China, the babies  have rompers and strollers and nice colorful towels.

We loaded the stroller with Pearl’s store and began our walk to her home. I could not stay long because I would at sundown (around 5:30pm) board a bus for the 9 hour trip to Manila’s airport.

The children were courteous and talkative, their English very good despite Kiangan being their mother tongue.

As I said my goodbyes I was thinking that if only I could do something for these kids  I would. But with my own eyes I saw hundreds with the same needs. Maybe a scholarship fund would be a good idea to help them and their single mom’s get a better chance to make a difference in their own lives by going to school and earning a diploma or degree.

China and Duterte somehow “Get it.”

Europe for a long time has seen the need for infrastructure building in the Philippines and makes sizeable contributions. But China is the expert in Asia.

China has promised loans and grants of $169-billion USD for an infrastructure-building programme, according to the Philippines President Duterte.

One of the Philippines’ projects China has promised to support is a railway from Manila to the northern tip of Luzon Island. This would mean refrigerated-car transport to market of produce and grains from the northern Luzon agriculturally rich regions. It would likely bring a staggering improvement to the lives of about 30 million people living in the Luzon provinces outside of the greater Manila region. See: ASEAN Notes. Duterte central to South China Sea.

Nothing tops the need for general infrastructure particularly  transportation, in the Philippines. For example, instead of an all day trip it would be a 3 hour train ride to Pearl’s family from Manila, once I have landed. And with trains and fast transport of goods, Pearl’s market gardening could put a morning crop at her place, on the table for supper in Manila.

Probably this would be the best thing yet to happen to the industrious single moms of the Philippines. Mabuhay.

To all the moms and kids I met on my travels, I wish you some moments of calm, peace and joy. Have  a wonderful holiday season with your children and families.