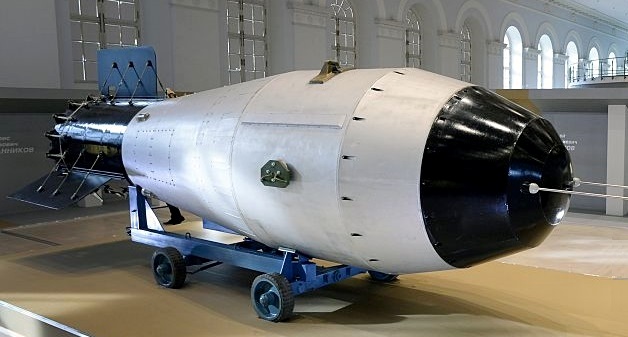 The RINJ Foundation has unrelentingly opposed the starvation (UNSC) sanctions aimed at the 25 million ordinary people of “North Korea”. Concomitantly the UNSC has released a statement saying it did not intend to bring harm to the Korean people. It nevertheless has caused the starvation deaths of many thousands, maybe more.

UN Members have responded with words to the effect: “What do you women want? Sanctions are the only way to hurt the North Koreans and make them get rid of heir nuclear weapons”.

Here are the answers.

The United States which has left unsettled its 1950s war with the DPRK and brandished its nuclear weapons in East Asia is equally responsible as the DPRK for this crisis. The world is growing furious at both Mr. Kim and Mr, Trump. Bringing the globe to the brink of WWIII is inexcusable.

The 2017/2018 North Korean crisis between the two warring countries, The Democratic People’s Republic of North Korea (DPRK aka North Korea) and the United States of America (USA or US) has highlighted the need for a global ban on nuclear weapons.

With an open mind it is hard to argue against the DPRK logic. In fact the DPRK proves the point of global nuclear disarmament and it has been saying exactly that. North Korean spokespersons have repeatedly said that the Pyongyang government is determined to participate in non-proliferation and nuclear disarmament talks.

Fourteen countries have 15,000 nuclear weapons on their soil, poised and ready to strike against other nations.

Twenty three countries have agreed to host nuclear weapons if the owner asks them to do this.

The RINJ Foundation women see these nuclear war “games” of posturing and threats to be nothing more than a patriarch run amok.

“Male domination of global governments has led to too many wars”, says Katie Alsop, spokesperson for The RINJ Foundation Women. “#TakeDownThePatriarch’  she says.

Do you know How many nuclear weapons there are? 15,000

United States: 6,800 warheads
The first country to develop nuclear weapons was the United States. The US is the only country to have used nuclear weapons as an act of anger in war.  Many thousands of Japanese civilians were slaughtered in Hiroshima and Nagasaki Japan in 1945. The USA spends more on its nuclear arsenal than all other countries combined.

Russia: 7,000 warheads
Russia was the second country to develop nuclear weapons. It has the largest arsenal of any country and is investing heavily in the modernization of its warheads and delivery systems. It is currently working on an enormous yield bomb and a new, sophisticated delivery system (Satan2).

France: 300 warheads
Most of France’s nuclear warheads are deployed on submarines equipped with M45 and M51 missiles. One boat is on patrol at all times. Some warheads are also deliverable by aircraft.

China: 270 warheads
China has a much smaller arsenal than the US and Russia. Its warheads are deliverable by air, land and sea. It appears to be increasing the size of its arsenal at a slow pace.

India: 110–120 warheads
India developed nuclear weapons in breach of non-proliferation commitments. It is increasing the size of its nuclear arsenal and enhancing its delivery capabilities.

Israel 80 warheads
Israel has a policy of ambiguity in relation to its nuclear arsenal, neither confirming nor denying its existence. As a result, there is little public information or debate about it.

North Korea: 50 warheads
The Democratic Peoples Republic of Korea (DPRK) has a fledgling nuclear weapons programme which has progressed at a rapid rate.

Countries that have other nations’ nuclear weapons within their borders: Belgium, Germany, Italy, Netherlands and Turkey.

The United Nations office of the Secretary General has issued the following statement on December 22, 2017 for which there should be global concurrence.

Following the adoption of a new Security Council resolution in response to the latest ballistic missile launch by the Democratic People’s Republic of Korea, the Secretary-General welcomes the continued unity of the Security Council, which is essential to achieve the goal of ‘denuclearization’ and create the space for diplomatic initiatives aimed at achieving it in a peaceful manner.

The only way forward for a comprehensive peaceful and political solution requires de-escalation and open communication channels, now.

The Secretary-General supports the Security Council’s desire for a peaceful, diplomatic and political solution to the situation, as well as its urging of further work to reduce tensions. He reaffirms his commitment to working with all parties to this end. He calls upon all Member States to ensure the full implementation of the relevant Security Council resolutions and to redouble efforts to make 2018 a pivotal year for the achievement of sustainable peace on the Korean Peninsula.

US/UN Naval Blockade: 25M North Koreans’ Danger of Famine
Sun, 10 Dec 2017 06:37:41  Preface: The United Nations Sanctions Committee has issued a statement claiming impunity for harm that comes to innocent civilians of North Korea (aka DPRK – Democratic People’s Republic of Korea) as a result of criticisms and possible misunderstandings about the … Read →

DPRK is a Nuclear Nation.
Let Disarmament talks begin   (12/01/2017) – Around the globe, old men in government like Donald Trump are straining at their collars with faces and eyeballs bulging with rage. Mr. Kim Jong-un (34) is at it again. In … Read →

Fix US/UN/North Korea At Peace Table. Start now.
Tue, 31 Oct 2017 11:47:04 End sanctions now. Start talking. North Korea is not attacking anyone. It’s people are starving. The women of The RINJ Foundation are in contact with sisters in North and South Korea and hear a common plea for humanitarianism and an … Continue reading →