The RINJ Foundation has issued a Discussion Paper on the Mosul Water Crisis on the Water Crisis In Mosul Iraq.

In a man-made humanitarian disaster filled with bombs, artillery shells, grenades and chemical weapons, nature has begun to expel the antagonist humans. Parasites, viruses and bacteria are invading civilians’ health. The image of destroyed environment of Mosul Iraq with nearly a million people in conflict, might be a poster for Armageddon.

Nurses planning to work in the region either in Mosul or Shingal  should read and learn the Plan C Re-Hydration Protocol here.

Following the bombing of a water main pipe by the US-led Coalition providing bombing support in an area of Mosul controlled by the Islamic State terrorists, clean water has not been available. That was eight days ago and any stored water has been consumed by the estimated 600,000 (UN) people impacted. Now they are dying from the diseases being spread by contaminated water in a disgustingly rotten and toxic environment destroyed by war.

Outside the city, the  UN has taken notice of the extreme problem but has no resources to help out. Nevertheless, we have  a quick solution if we can get some help outside the city.

Up to  half a million civilians in the actual city of Mosul, Iraq are facing a “catastrophic” drinking water shortage, the UN warned, as Iraqi special forces and Shia militiamen advance against the Islamic State occupying the city since June of 2014.

Already suffering from a severe lack of food and electricity, civilians in Iraq’s second largest city are out of drinkable water, said Lise Grande, UN humanitarian coordinator in Iraq.

“Nearly half a million civilians, already struggling to feed themselves day to day, are now without access to clean drinking water. The impact on children, women and families will be catastrophic,” Grande said on Wednesday.

On Nov 30, RINJ Nurses Estimated a Supply for 10 Days

Because of damaged water pipes and sewers, clean water is not available to most people and the availability of stored tank water and well water is limited. (Mosul-Nov-29)

Water supplies are not safe without at least boiling however much of the supply has been contaminated with the pollution of war. Existing supplies may last ten days.

Because of mass graves full of decomposing bodies;

Ten days was a generous estimate. Now it is December 8 and the crisis is acute; patient deaths are high.

Mosul is now in the midst of a Catastrophe

The fatality rates are unknown but extreme. As we have warned before the very young and the very old are the first to die.

Medical Staff in Mosul are reporting an increasing occurrence of what appears to be “severe crypto” cases among the patients they are seeing on both sides of the Tigress River in Mosul Iraq.

A second problem appears to be chemical poisoning among patients that may have in common their drinking of standing water near the river and in the western industrial areas. Extreme gastrointestinal pain, prostration, diahrea AND vomiting are new symptoms.

Parasite Disorders In Patients are Spreading

“Crypto” refers to a gastrointestinal condition related to the ‘Cryptosporidium’ parasite. It is a microscopic parasite that causes the diarrheal disease cryptosporidiosis. Cryptosporidium is chlorine-resistant and can live for days in chlorine-treated water therefore it must be filtered.

Cryptosporidiosis is often not curable. It must be prevented with clean drinking water.

We first reported the rapidly increasing occurrence of this disease in mid-summer 2016 and warned soldiers in the region to beware of drinking water that was not treated. Note the water at soldier’s boots. That is what people are drinking further east of where these men are standing,

Crypto kills in a vicious circle of dehydration and a compulsion to drink water, any water.

The patient presents after several days of extreme diahrea and dehydration. They have no water but will drink anything and they do. They drink infected, contaminated water out of desperation or just not knowing it is dangerous. By this time they are near death.

Young children, the elderly and pregnant women may be more susceptible to dehydration.

Rapid loss of fluids from diarrhea may be especially life threatening to babies.

Anti-diarrheal medicine may help slow down diarrhea, but a health care provider should be consulted before such medicine is taken.

People who are in poor health or who have weakened immune systems are at higher risk for more severe and more prolonged illness. That includes about 600,000 civilians, says the United Nations. So many people are riddles with illness, malnutrition, stress-related illness and yet undertermined pathogens are vulnerable.

The effectiveness of nitazoxanide in immunosuppressed individuals is unclear. For persons with AIDS, anti-retroviral therapy that improves immune status will also decrease or eliminate symptoms of Crypto. However, even if symptoms disappear, cryptosporidiosis is often not curable and the symptoms may return if the immune status worsens. Death is likely in Mosul.

We now have a very limited ability for evaluating pathogens. Hospitalization is unavailable. Our largest hospital/clinic has been bombed into rubble. We have one sophisticated clinic/emergency hospital and 11 makeshift locations 8 of which are in residential homes.

We take a grave risk in sharing this information and hope to get a good result and trust the military advisers who promise a speedy resolution to the war-fighting conflict in Mosul that is also killing patients IN GREAT NUMBERS.

We need someone to buy water purification bottles (click for explanation document) for families in Mosul. Then we need them air-dropped to the residences in Mosul on the East side and on the West side (Left and Right Coasts) where the water supplies have been completely cut off. All areas of Mosul are effected but the acute problem is along the river on both sides and in the heart of the east side radiating outward from the general area of old (destroyed) City Hall. The water mains are bomb-damaged by the US-Led Coalition which includes B-52s. 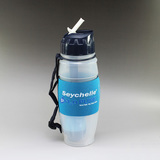 Ringers and saline are all we have for fighting dehydration caused by these diseases. Each family needs CLEAN DRINKING WATER.

We have found a way to achieve what is needed. It is the same system thatthe US MArines use when deplyed in harsh environments. 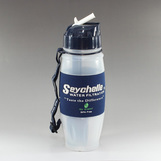 Among all the medications we have used are Erythromycin for milder cases but with greatest effect we have used Azithromycin. We have none left but are getting more. With the former, the action of the antibiotic is too slow and the patient may die anyway because their care at home is restricted. They need clean water and a lot of time for their bodies to kill the Crypto parasites and ‘germs’ from Cholera and other ecoli-spread diseases that cause their illness.

For a long time clean water in Mosul has been unreliable. Moslawis have water tanks in the tops of their buildings which they use for cleaning. That water we have tested shows traces of parasites, rat urine, and chemical toxins that are probably airborne.
Shocking the water with chemical treatments or filtering it with sophisticated reverse osmosis and other devices is the only way that water is potable (drinkable by humans).

According to the USA Centre for Disease Control, “Cryptosporidiosis is a diarrheal disease caused by microscopic parasites, Cryptosporidium, that can live in the intestine of humans and animals and is passed in the stool of an infected person or animal. Both the disease and the parasite are commonly known as “Crypto.” The parasite is protected by an outer shell that allows it to survive outside the body for long periods of time and makes it very resistant to chlorine-based disinfectants. During the past 2 decades, Crypto has become recognized as one of the most common causes of waterborne disease (recreational water and drinking water) in humans…”

Treatment Of Patients With Severe Dehydration