UN Agrees Myanmar Action Needed but what about Patients? 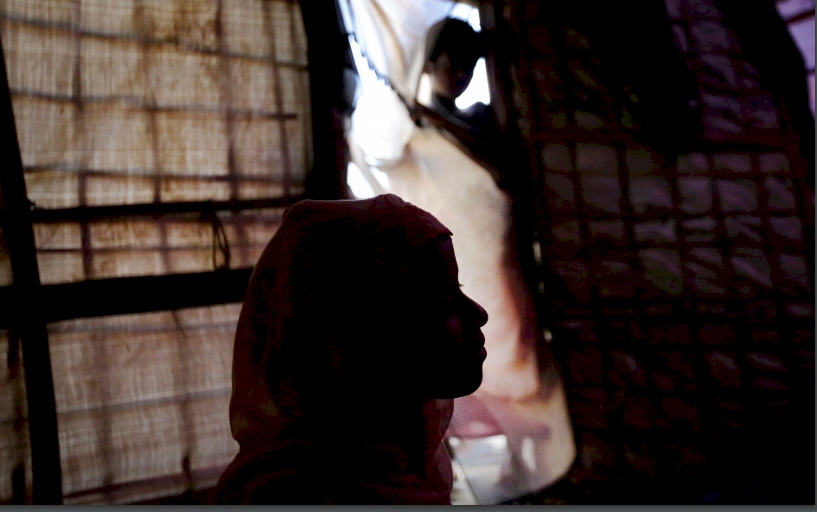 By Sharon Santiago, Feminine Perspective Staff with files from Micheal

Christopher Sidoti, Marzuki Darusman and Radhika Coomaraswamy, members of the Independent International Fact-finding Mission on Myanmar attends a news conference on the publication of their final written report at the United Nations in Geneva, Switzerland, August 27, 2018. REUTERS/Denis Balibouse

Feminine-Perspective:  Regardless of the Anger Toward Myanmar Criminals, there are still thousands of rape pregnancies and patients to care for. Fundraiser is going nowhere. The world doesn’t care or just overwhelmed?  The humanitarian response and level of care is underwhelming. Even the U.N. is financially strapped.

A U.N. research mission is calling for Myanmar’s senior leaders to be referred to UN Tribunals or the International Criminal Court to be investigated and prosecuted for genocide against the Rohingya Muslim minority in northern Rakhine state and, crimes against humanity and war crimes in both Kachin and Shan states.

The U.N. mission’s report  has named the six top generals it says share the responsibility for planning and executing these crimes against humanity. This was a deliberate, pre-meditated plan to commit genocide.

Investigator Christopher Sidoti (Australia) said the mission has gathered sufficient evidence of the elements of the crime of genocide to recommend they be investigated and prosecuted before an international tribunal.

“In Myanmar, there is a very clear chain of command and there is no doubt in our minds whatsoever that what we saw happen in Rakhine as a whole would not have happened without it firstly being within the knowledge of the senior military leadership and secondly under their effective control. And, it is because of the clarity of the chain of command in Myanmar that we have recommended the investigation and prosecution of these six.” — Christopher Sidoti

Biographies of the members of the Fact-finding Mission on Myanmar

Ms. Indira Jaising (India) is an advocate of the Supreme Court of India, and former CEDAW member (2009-2012). She co-founded the Lawyers Collective in 1981, an NGO devoted to the defence of human rights and women’s rights. She was India’s first woman to be designated a Senior Advocate by the High Court of Bombay in 1986, and first female Additional Solicitor General of the country from 2009 until 2014. She drafted India’s first domestic violence act, allowing women to bring civil and criminal suits against attackers for the first time. She graduated in law with an LLB degree in 1964. Ms. Jaising holds a post graduate degree in law from University of Bombay and received a fellowship from the Institute of Advanced Legal studies of the University of London in 1970. She has been a Visiting Scholar at Columbia University New York, and Bok Visiting International Professor at University of Pennsylvania (2015).

Ms. Radhika Coomaraswamy (Sri Lanka) is a lawyer by training and a civil society member of the Constitutional Council, formerly the Chairperson of the Sri Lanka Human Rights Commission (2003-2006) and the Director of the International Centre for Ethnic Studies (1984-2006). She has worked as the UN Special Rapporteur on Violence against Women (1994-2003), and as Under-Secretary-General and Special Representative for Children and Armed Conflict (2006-2012). In 2014, Ms. Coomaraswamy was appointed by the Un Secretary-General Ban Ki-Moon as lead author on the Global Study on the implementation of UNSC Resolution 1325, on Women, Peace and Security. As an academic, she is a Global Professor of Law at the New York University School of Law. She received her B.A. from Yale University, her J.D. from Columbia University, an LL.M. from Harvard University and honorary PhDs from Amherst College, the Katholieke Universiteit Leuven, the University of Edinburgh, University of Ulster, the University of Essex and the CUNY School of Law, amongst others.