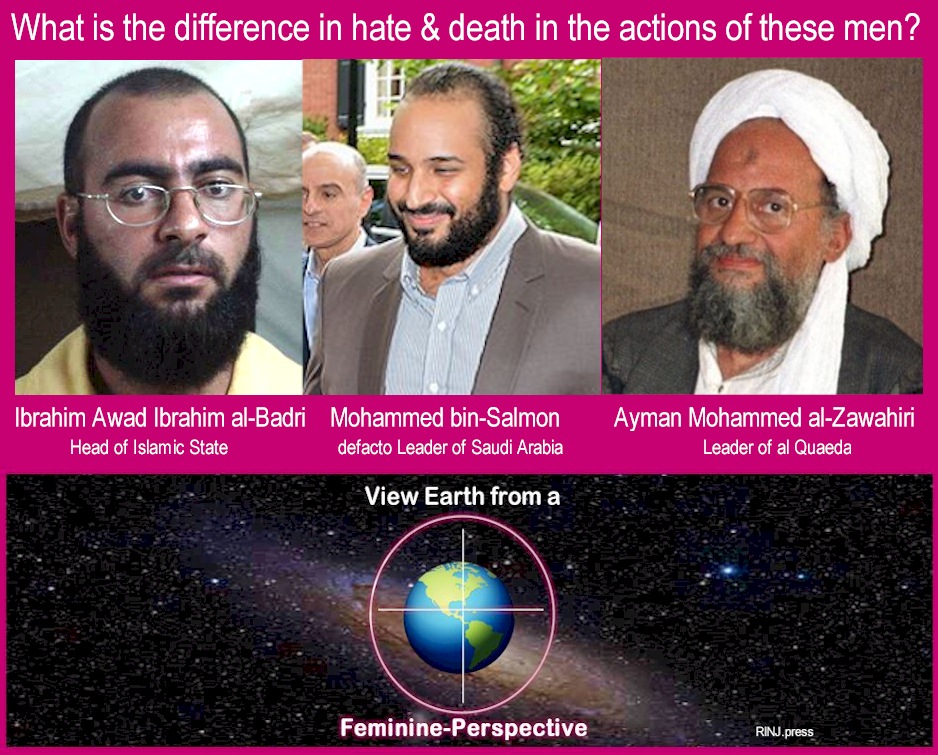 Saudi Arabia Says it will now execute female human rights advocates. In this Global Climate of Mayhem, men have impunity for the slaughter of women and children.

Look at the half million women and kids from Myanmar scattered as human wrecks across three South East Asian nations.

Misogyny, human rights violations, religious oppression against the Shi’ite Muslims, Christians and Jews is worse than ever in Saudi Arabia as Crown Prince MbS  cages the titular head of the Kingdom of Saud and holds his mother Princess Fahda in quasi-house-arrest.

Thirteen days ago, on MbS‘s ordered retribution for a Houhti missile attack, with the full complicity of Donald Trump, a Saudi pilot trained by Americans, carrying American bombs in a sky 3/10 scattered cirrus, visibility unlimited, winds light, set the target as a visible school bus in a busy shopping market in Northern Yemen and blasted more than three dozen children to pieces. He and several co-conspirators are being sought right now in the war-zone of Saudi Arabia.

But Some Women Can Drive Cars

Men of the mainstream news media are reporting what politicians are saying, “What’s the problem? He (MbS ) let women drive an automobile after 23 June 2018″.

You won’t be selling women cars or the fuel to run them if they, a global 3.7 billion market,  are not permitted to drive.

Men and women are equal partners to men in human life and human development. And what good is a driver’s license if you are dead?

MbS wants to behead those women who petitioned for the right to drive. MbS’s  mother wound runs deep. Don’t kid yourself. This 7th Century patriarchy among Donald Trump’s favourite ‘Shithole Countries‘ is not doing any kind of reform.

This is a prime example of the brain conflict embedded in people like MbS whose natural instinct is to love their mother but whose culture says women are not worthy. A woman pleads with the patriarch to allow her and her sisters to drive, so approve the reform but murder the ring leader of that reform. Conflicted.

But note that Saudi Arabia from whence the terrorist leader and 15 terrorists who wiped out a chunk of NYC killing 3,000 Americans on September 11, 2001, is not on Trump’s infamous banned list. (That alone begs the question: “Are Americans the single most stupid large group of people in all of human history?” Maybe not. Smokers and drug addicts may top the Americans on that list.)

I asked Dr. Nemef, previously of Mosul but living in Syria since spring 2017 if she was watching what was happening in Saudi. She answered in an email.

“Remember, those women who survived the Sharia ISIS occupation of Mosul, Iraq, can readily identify the mechanical thrashings of psychopathic Muslim men who pine for power while their mommy wounds flare up to bite them in their behinds with mistake after mistake driven by their deep brain-cortex conflict of misogyny versus their having slid from the c-word they hate. You can’t bond to the human race when you are not even [psychologically ] bonded at the umbilical chord. ” — A Woman Survivor of Daesh brutality in Mosul. 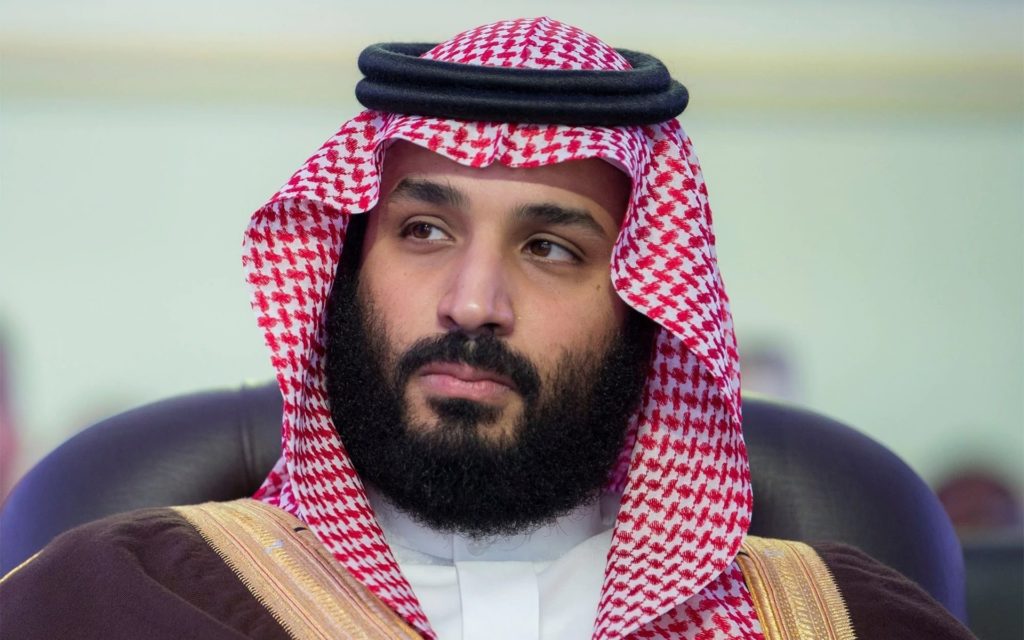 Here is a young man (32) (MbS ) who was born into a world that gave him not a silver spoon but one made of solid gold derived from massive oil-sales. Children born this way often are so spoiled they become bored with the excessive amount of toys they have to play with and start pulling the wings off flies and the limbs off animals at an early age. By the time they are 15 they have been reportedly having fire setting incidents and cruelty to sentient beings.

MbS sired by the current 82 -year-old Salman bin Abdulaziz Al Saud, King of Saudi Arabia, Custodian of the Two Holy Mosques (Masjid al Haram in Mecca and Al-Masjid an-Nabawi in Medina,), in a culture that despises women. How can one bond to the human race when unable to bond at the umbilical chord?

An unresolved Mother Wound can also make a man susceptible to feeling and/or being shamed by women for his vulnerability, regardless of their intentions toward him.  – Rick Belden

Hence “not cleaning the dishes quickly enough”, “incitement to protest,” “chanting slogans hostile to the Saudi regime,” “attempting to inflame public opinion against the le petite-weenie regime,” “filming protests and publishing that content on social media” and “providing moral support to demonstrators,” if you are a woman in Saudi Arabia, will get your head chopped off because now that MbS who is no reformer by any stretch of the imagination, rules the roosters’ roost.

Feminine-Perspective: Mohammed bin Salmon’s Mommy-Wound makes him femicidal. Killing feminists will topple his bid for the kingdom.  Feminists can make ordinary people very rich. The people won’t be happy in the long run especially because without women on side, the campaign to end Saudi oil-dependency by 2030 will fail long before then. The Saud House of Oil will drizzle down to hell. 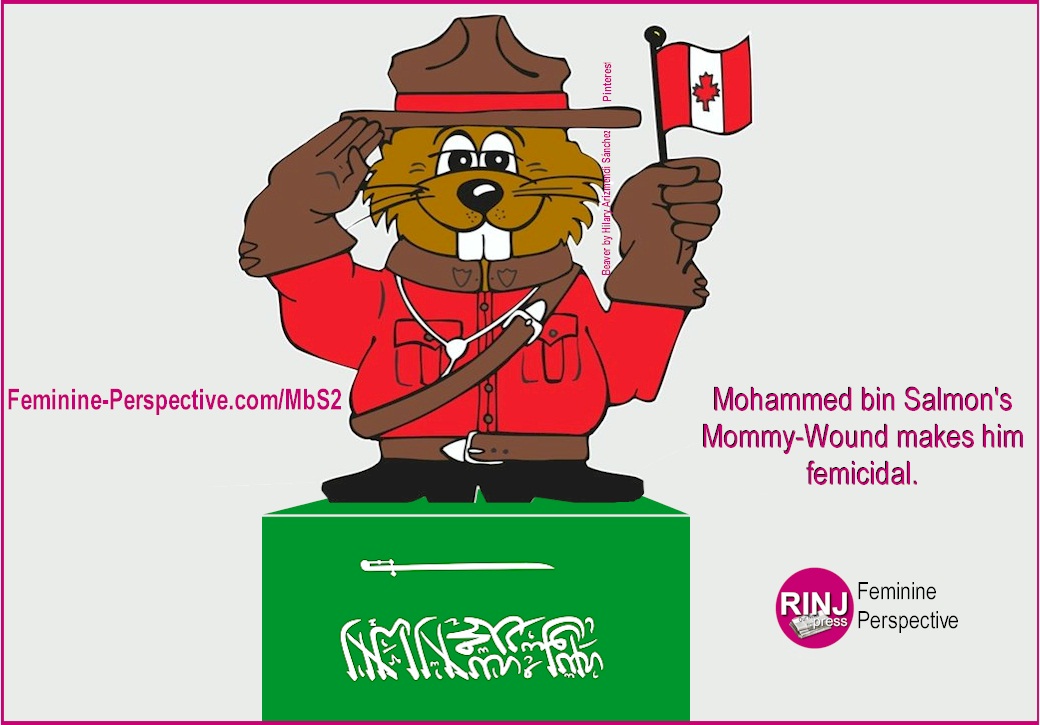