Why Americans Ignore The Kids They Bomb

( You folks who spend $Millions to bomb civilian noncombatants in Mosul, would you Donate $5 to pay for survivor’s health care?
https://www.gofundme.com/RSAC-Iraq )

A GoFundMe Campaign to help homeless Kurdish people in the semi-autonomous region of Kurdish Iraq is being ignored by North Americans, most of whom do not want to hear the word “Iraq”.  The campaign is sponsored by The RINJ Foundation‘s CEO, Micheal O’Brien who recently published a paper on the humanitarian crisis in Kurdistan. 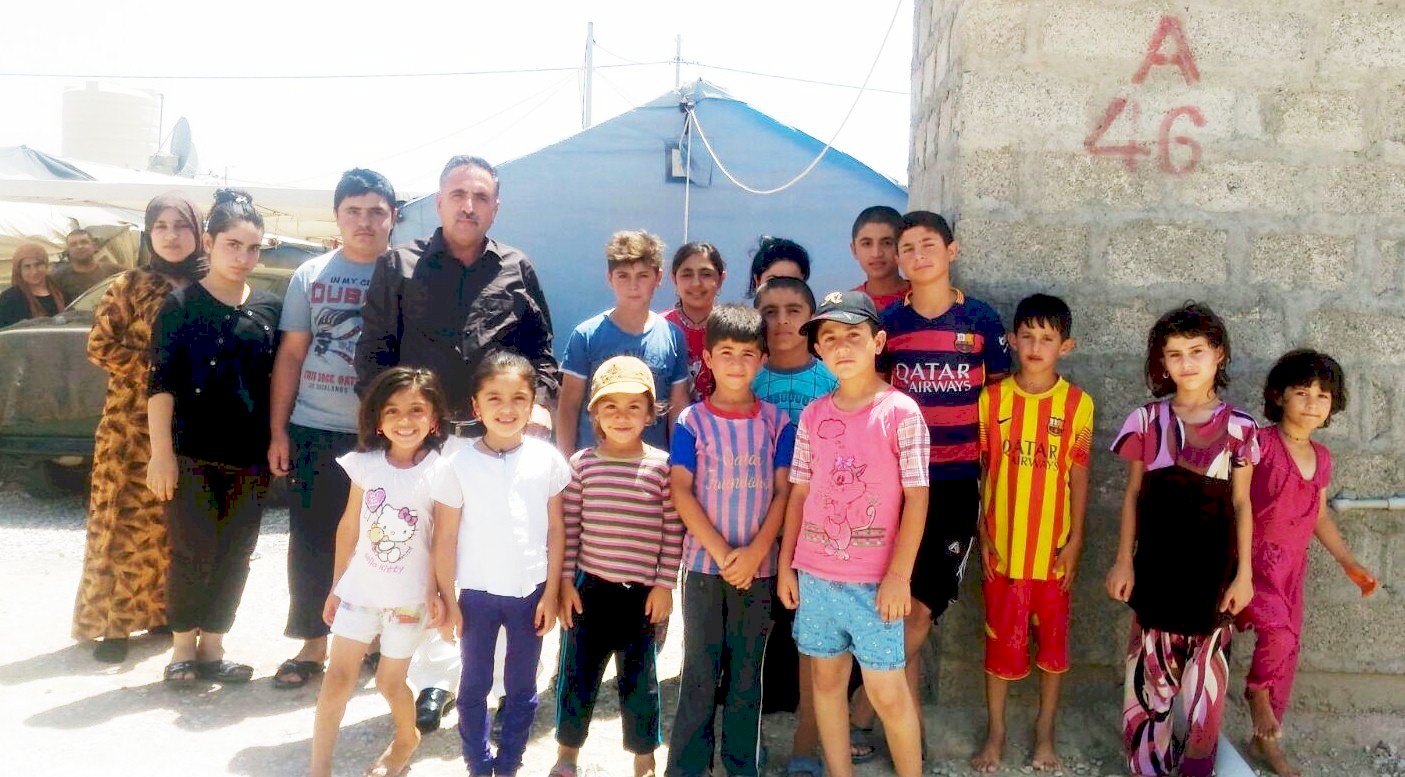 These Kurdish people represent the “the broken, the beaten and the damned in the Wake of The Black Parade“. They are innocents in the Kurdish Region of Iraq where land owners want $millions for the rent of land needed for new refugee camps. 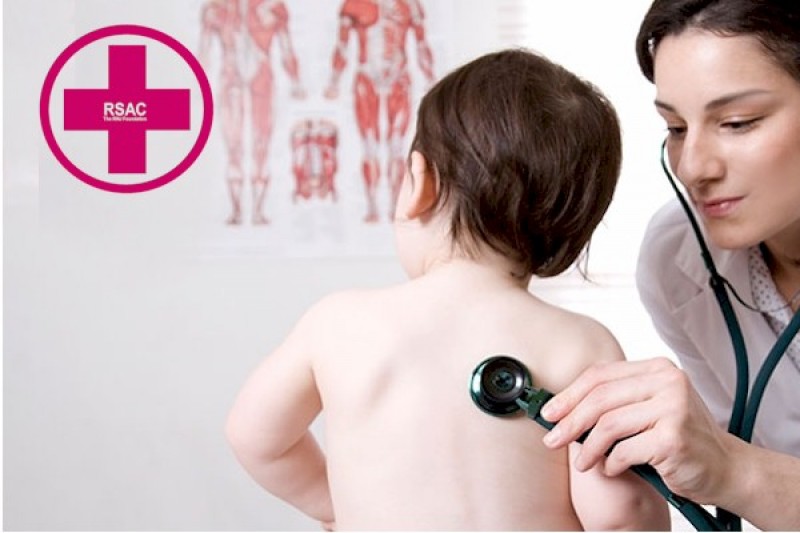 The Nineveh (Mosul) locations are yet to be created refugee camps to house a million people who will be left homeless once the invasion of Mosul begins by up to one score of armies and militias opposed to the self-styled “Islamic State” crime syndicate that hijacked a vulnerable religion to build membership and invade Middle East cities. 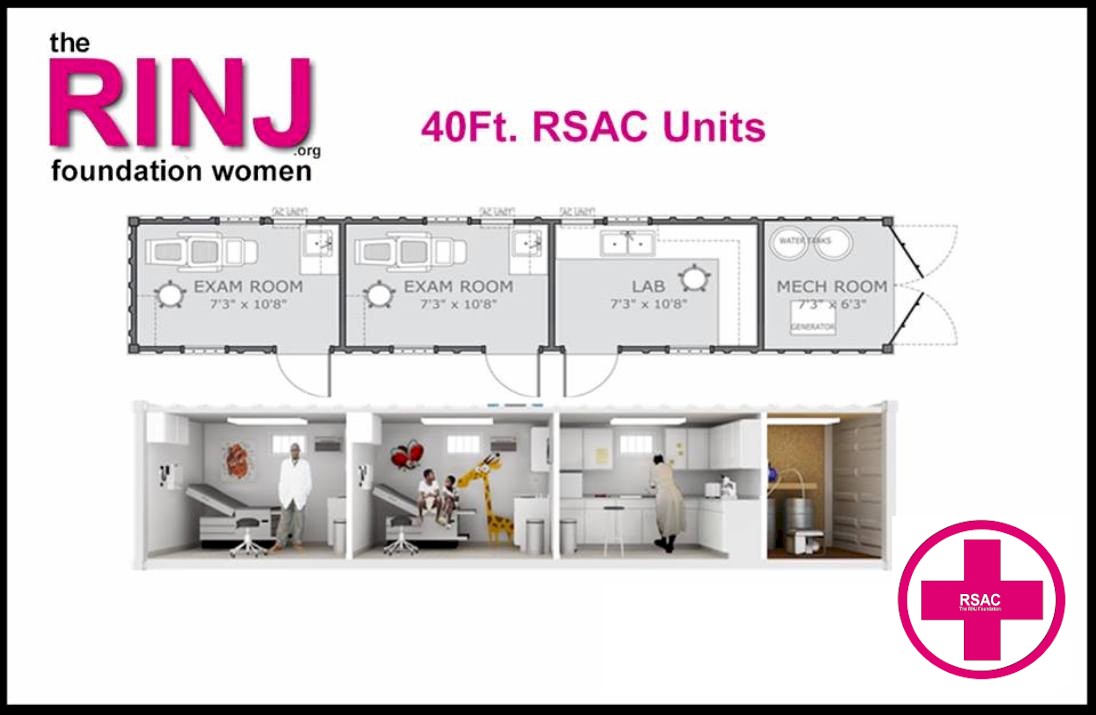 Two major wars between the USA and Iraq and a lengthy American-occupation of Iraq have left Americans tired of hearing the name of that country. According to some Americans, news from Baghdad makes some want to vomit.

Certainly 4,491 American service members killed in Iraq between 2003 and 2014 leaves a bad feeling.

The American shame  over 112,000-123,000* Iraqi civilian noncombatants killed by American invasions of Iraq between 2003 and 2014 can’t help either (some estimates put the civilian death toll at over 500,000 and Americans hear that number often too).

“Refugees” have a horrible reputation and in Europe are kicked round like  football between countries that don’t want them.

One Social Media request for donations resulted in a post with 27 “likes” saying, “Refugees? No! BARF!”

But this NGO is trying to avoid refugee migration by making these victims’ homeland habitable, safe and healthy again after Britain, France, Iraq, America, Jordan and Turkey have bombed their homes to rubble.

As one donor to the “Kids Without Homes in Kurdistan”  GofundMe campaign noted, “I feel sorry for these nice Kurdish people but I am so sick of hearing about Iraq’s problems. All my life I am hearing horror stories about that God-forsaken hell hole.” 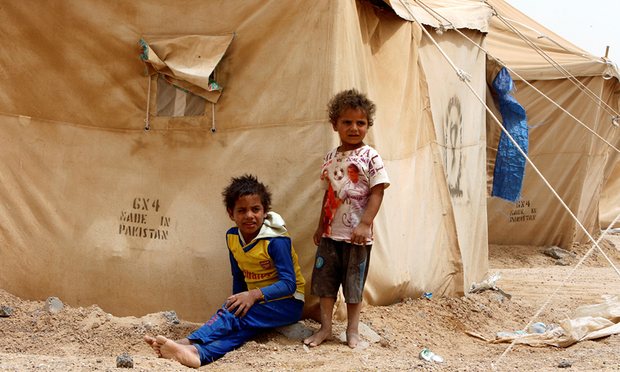 But American bombs are still falling in Iraq and killing people. The US policy was recently changed to allow tolerance for up to ten civilians killed per bomb in Mosul. That’s how they allow themselves to pick their targets.

The UN children’s agency, ‘Unicef’, says 3.6 million children face a litany of risks – an increase of 1.3 million in 18 months. A third of all Iraqi children – 4.7 million – need humanitarian aid. But who will pay for that humanitarian aid?

What is proposed for these children and their families is a series of RSAC Nurse-Led transportable clinics built into recycled 20ft and 40ft steel shipping containers. The initial surge is to be 30 units installed from Shingal east to Duhok and south from Duhok through Erbil to Nineveh provinces and eventually in the outskirts of Mosul.

The NGO (The RINJ Foundation) is pioneering “Team-Based Health Care”. Mobile RSAC Team Leads are most likely to be an RN (Registered Nurse) but regionally they report to and are delegated by a Nurse Practitioner (NP). NPs are an integral part of The RINJ Foundation‘s primary care teams strategy and lead the move to team-based medical practice in community settings.

NPs are especially effective in refugee and combat regions as well as rural settings where there are shortages of doctors, and with patients who suffer a multitude of chronic illnesses and are ill-suited for and need more than a traditional seven-minute doctor’s appointment. 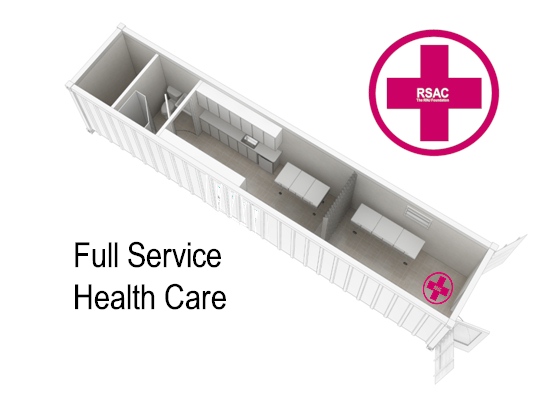 The RSAC Nurse-led clinics offer free medical care to women, children and their families. Community related services such as advocacy, crisis hotlines, community outreach, & education programs are provided based on each Clinic’s resources at the discretion of the local RSAC nurse-led team.

A recently published Unicef report says 3.6 million children face risks including death or sexual violence, and 4.7 million need humanitarian aid as a result of the conflict 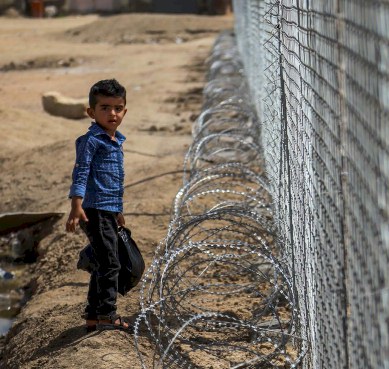 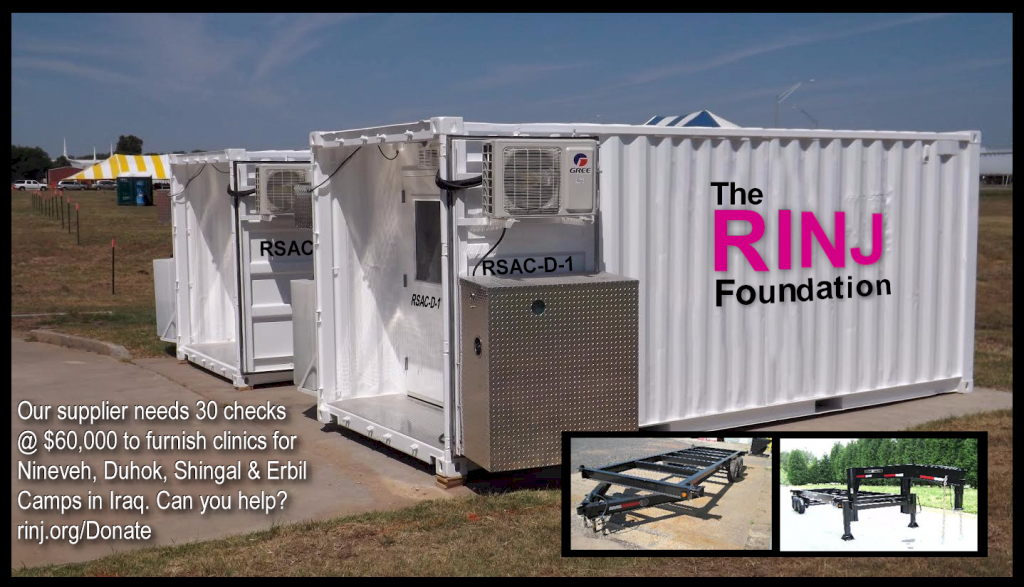 The RINJ Foundation’s goal is to find benefit for patients and in the case of minor children or youth, to see that they are if possible returned to the safety of a genuine home. Follow this link for more information or simply contact the NGO here. The mental health of the people the RINJ Nurses care for is extremely fragile stressing the importance of available care. There are many triggers capable of causing their state of mind to rapidly deteriorate. Living conditions they are forced to face, memories of their ordeal, and uncertainty about what is going to happen to these patients are factors contributing to thoughts of suicide and eventual deaths.

The RINJ Foundation is seeking volunteers and financial contributions.