On 7 April 2018, in Douma near Damascus, many Syrian civilians were found dead after reports and evidence emerged of cannisters being dropped by HIP helicopters apparently with typical Syrian military markings.

The deceased in Douma (below) had symptoms of complex chemical poisoning and asphyxiation. The surviving critically injured patients were prepped for evacuation to the street. The victims were found in a basement and on the second floor of a building in Douma where a canister, we were told, had been dropped on the roof.

Our nurse, Behar Abbasi, had been told of this crisis by two neighbours. She was in the area visiting family with another nurse. Her experience in the Syria, Turkey and Iraq areas of need spans some six years. Hence she arrived at the site in EMS HAZMAT gear.

Their purpose in being in the area was to get the two women’s families out of the Douma area which was under extremely heavy bombardment. Because of this, they had mobile medical kits, most of which materials were not appropriate for this type of emergency but they did have limited supplies of atripine and albuterol.

Our two nurses first went to a bakery site and then to the residential dwelling mentioned above. While they attended to the living who were found in a stairwell trying to claw their way to the street, men had been in the basement taking pictures. There were many deceased in three locations in the building. The two RINJ nurses focussed on those they thought they could save by preparing them for transport. There wasn’t much success.

Elsewhere we learned of a medical clinic where the so-called “White Helmets” (Syria Civil Defence) were in some kind of panic, washing people down with water and misusing bronchodilators on children. They wore no protective hazardous material gear, no masks and no gloves. In theory if they were washing down contaminated patients they would be contaminated themselves and perhaps suffering the effects.

In the areas where victims were found deceased, some workers wore full helmets and gas masks. 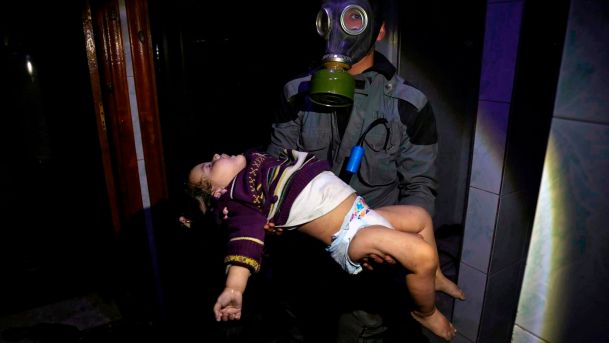 Note: gear is not properly worn and there are no gloves on this worker. Properly trained Medical Rescuers are very much needed in Syria. Volunteer.

In numerous articles previously published, Feminine Perspective has specified our observers’ concerns over what they have seen.

Certainly there was a false alarm with some patients seen in videos, or in the alternative, some drama evolved because of panic or just deliberate over-acting for cameras.  Nevertheless, cannisters were seen dropping from helicopters and many victims showing signs of toxic chemical poisoning were deceased in a completely different area.

We don’t know who is responsible for any of this activity but we do know that many innocent civilians were killed on April 7 when the Syrian military attacked Douma vigorously. 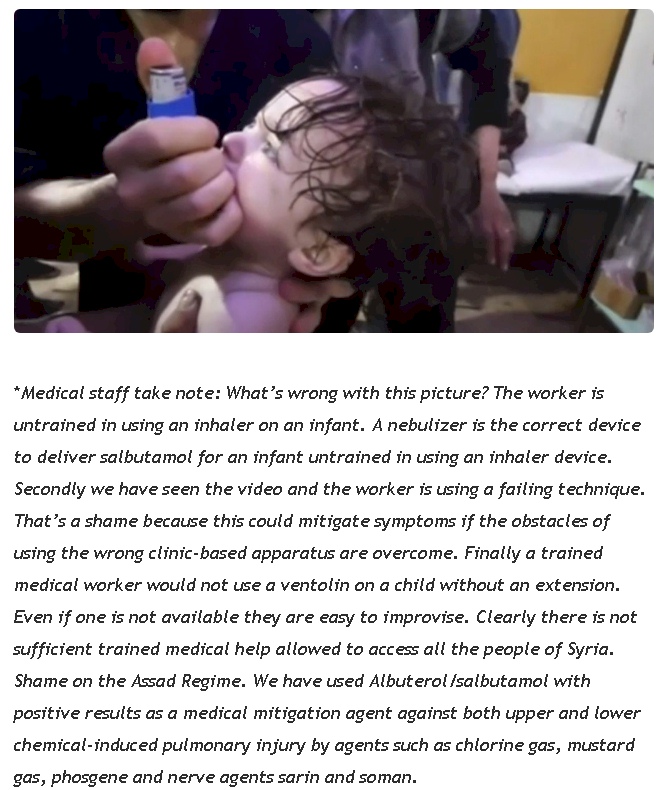 Screen capture of our previous comments on the unskilled medical worker’s activities.

Once again, not impressed with “White Helmets”. Many are architects, former lawyers, shopkeepers. Few are medics. #Syria is growing mess #US attack reducing chemical weapons without casualties has our nod & #thanks,#syriawar #DoumaGasMassacre #Doumafalseflag #doumamassacre pic.twitter.com/Rie0ApQbdk

Russia Stages an Evidence Forum in the Hague

Russia on one hand is claiming that there were no chemical weapons in Douma but at the same time the Russian military is demonstrating that it has found chemical labs and stockpiles in Douma.

Ownership of the attacks in Douma on April 7 is not known unequivocally. But in two cases that day, Syrian Russian-origin HIP helicopters were seen dropping canisters and the cannisters have been identified as chemical weapons munitions.

Russia’s discovery of a chemical weapons lab which its spokespersons say was in Douma is not so startling. We have seen this repeatedly across Iraq and Syria and it is no small feat discovering and destroying these focal points of pure evil. (See: Practical Guide for Medical Management of Chemical Warfare Casualties )

The lab alleged to be in Douma is crude but the supplies are substantial, enough to create a significant threat to the public. 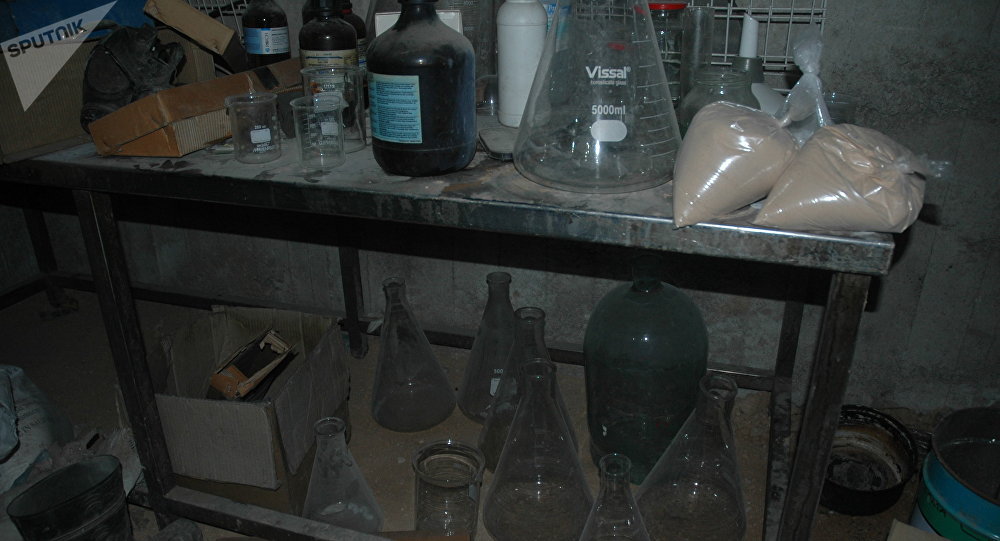 This is a very fortuitous find as the chemicals here are extremely dangerous and haphazardly stored as is typical with Daesh and al-Qaeda and their related terrorist groups and cells.

Hopefully the Russian military unit was able to remove the WMD items for destruction without any harm coming to its people or to civilians in the area.

When there are casualties among civilians, there must be accountability.

Heavy weapons were being used by the Syrian Regime in a primarily civilian area.

Chemical weapons, as so often has happened, were being used also by the Assad Regime in an area of high civilian concentration. This is nothing new. You can read through a chart of dozens of attacks in the past five years that have been confirmed here at the bottom of the page.