Iraq’s war crimes are mounting. Iraq is a very sick country that operates under a state-issued decree to kill a certain class of women and children.

If you want a full blown resurgence of ISIS, keep killing Sunni women.

It’s not that Daesh members love and respect their women, they fight for their women and children because they believe they own their women.

If you steal an ISIS fighter’s kit, like his long-bladed knife or his best rifle, he will hate you and hunt you down like a cockroach he caught eating his meal.

If you kill his wife he will  hunt you down like a cockroach that walked across his one meal per day in 2016 Mosul and squash you and hate everything that you represent blaming anyone and anything that looks like you.

Right now in Iraq it is open season on Sunni Muslim women. The problem is prolific from Baghdad to Dohuk.  In the numerous camps housing up to a million displaced Iraqis, Sunni Muslim women and their children are automatically suspected of being ISIS supporters and their lives are put in danger. The women and children suffer rape, starvation and death.

Once again Iraqi Women are displaced and become victims of sectarian violence. 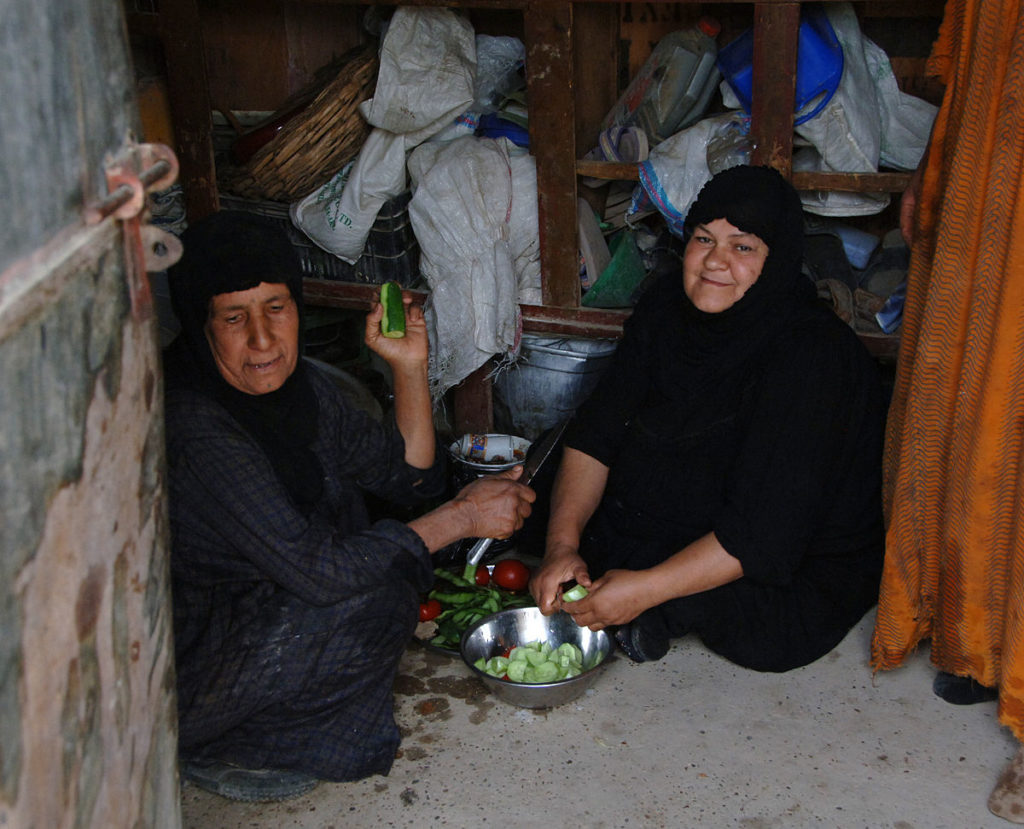 Daesh fighters don’t need much incentive to leave the boring life the last eight months of defeat brought them since the fall of Mosul. Killing their women and children will motivate more than a few to begin rallying Jihadists.

Gen. Yahya Rasool, the spokesperson for the Iraqi Joint Operations Command says that,  “To be loyal to the blood of the victims and to be loyal to the Iraqi people, criminals must receive the death penalty, a punishment that would deter them and those who sympathize with them.”

He has overseen the conviction and executions of thousands of women, many of whom, were not much more than bystanders but women who stammered an answer “Yes.” to being Sunni Muslim and “No.” to being a Daesh sympathizer in an ambiguous order. Their trial would take less than the time it took for a daesh fighter to rape them last time. Seven minutes.

In Iraq, Abadi is gaining popularity by executing massive numbers of alleged ISIS women and children in a humanitarian calamity that will have irreversible consequences in the years to come.

Is There an Ethnic Cleansing of Sunni Muslims in Iraq and Syria?

The human rights disaster that is unfolding in camps of northern Iraq may result in severe sectarian issues but currently it is widespread abuse of anyone who in any way is perceived to have supported the Islamic State when it moved into Iraq.

That would be well over a couple million women, men and kids.

What’s the difference what uniform the man who bullies you is wearing?

The Iraqi soldiers in Mosul prior to June 2014, were lazy, corrupt, booze-swilling bullies.

It was easier getting through a Daesh checkpoint than an Iraqi soldiers’ checkpoint. Daesh tried to earn their welcome at the outset. In the early days of ISIS in Mosul the checkpoints were mostly critiques of Muslim tradition violations done as friendly reminders. Prior to Daesh, the checkpoint guards robbed your money, took your food and were rude and vulgar enough to make Mike Myers’ Fat Bastard character roll his eyes.

“Women and children with perceived ties to ISIS are being punished for crimes they did not commit,” says Lynn Maalouf, Amnesty International’s head of Middle East research. “This humiliating collective punishment risks laying the foundation for future violence.”

Clearly most of the members of ISIS left with their families. It is time to stop assuming that a Sunni Woman would be Daesh and begin rehabilitating all the women and children of Iraq.