What Daniel Strauss wrote in The Guardian was precisely skillful and succinct in movement.

“Moderator Chris Wallace of Fox News was unable to rein in the candidates and that meant Donald Trump was mostly free to interrupt, make false claims, rant and violate the previously agreed structure and rules of the debate.”

This Fox News presidential debate was a fiasco. 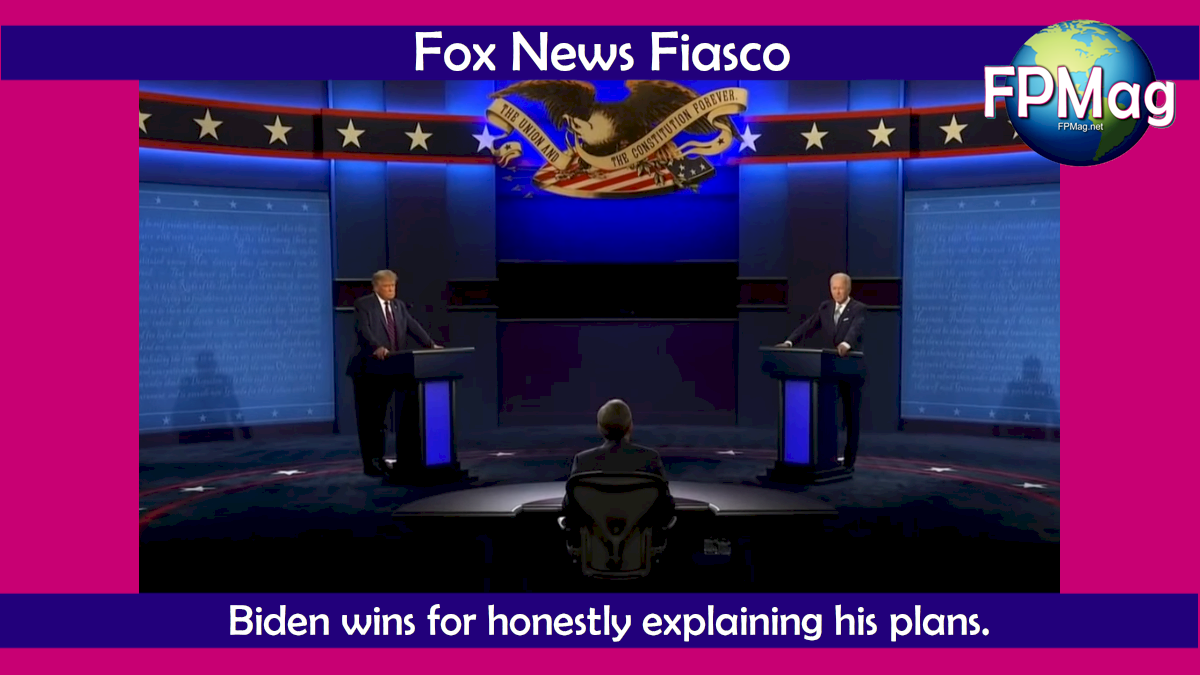 Chris Wallace is a seasoned broadcast host and reporter. It’s not hard to respect this man and his career.  I have watched him during press conferences I have attended and always came away feeling that he is a good reporter. Mr. Wallace may be the best that Fox News has to offer. Wallace tries hard to maintain balance, maybe the only person at Fox News who truly cares about unbiased reportage.

Once the brave moderator lost control of the debate, after the first few seconds,  Biden was truly exasperated and debated as best he could but nobody could hear Biden for Trump’s screaming. At times Biden became exasperated and told Trump to “shut up”. My wife said to me, “Mr. Biden took the words right out of my mouth”.  Me too.

Let’s face it, Joe Biden comes across as too decent to be on that stage with a grifter like Trump.

In all the years since I first met Trump, I have always thought of him as a non-clinical name I cannot use here because children read these pages. Maybe it’s more important to say to children and all persons, ‘stay away from people like this guy Mr. Trump’. Mr. Trump touches children in ways that should not happen. But every life Mr. Trump touches ends up being damaged by the encounter.

Somebody should tell that to Rudy Giuliani, Amy Coney Barrett, and Mitch McConnell. These people are being judged on the company they keep. Two of them have been destroyed. Rudy Guliani is worse off than the laughing stock of the world. Mitch McConnell may lose his seat in the senate and  Amy Coney Barrett looks awful trying to grab the last slice of pie before Trump gets the ouster, despite  the dying wishes of beloved Associate Justice Ruth Bader Ginsburg, formerly of the Supreme Court of the United States. Worse than tacky these three people have soiled themselves indelibly.

Never associate with people who exhibit this behaviour of having no respect for another person; no ability to feel or sense the feelings of another human.

This man Donald Trump has no respect for anyone except really nasty people such as self-acclaimed murderers like Rodrigo Duterte. Trump likes some big heavy Hell’s Angels White Supremacist types who rape and pillage from time to time; Trump likes  people like Jeffrey Epstein who rob children of things nobody should be forced to lose.

Some folks believe Trump likely had Epstein killed to silence him. It would be better to have Epstein face his child accusers. But that’s the type of person Trump is—he doesn’t care about anyone but himself. Jeffrey Epstein could have told stories that would have buried Trump alive. Now Mr. Epstein is dead and he takes those stories with him to the grave.

Mr. Donald Trump has no ability to sense the feelings of another person.

This thing called empathy that Trump is missing is the difference between humans and the SARS-CoV-2 virus.

Seeing Trump and Biden together, it’s clear that candidate Trump is the virus, Mr. Joe Biden is the human to vote for.