Twice now the AstraZenica/Oxford University vaccine project during its third phase trials has exposed and initiated treatment of underlying conditions of patients participating in the clinical trials.

Reportedly there are up to thirty thousand subjects at eighty USA and UK sites participating in the clinical trials, as well as sites in South America and Asia where SARS-CoV-2 infections abound.

by Sharon Santiago and  Micheal John

One case in July 2020 which caused a pause in the phase three clinical trials, upon medical investigation revealed itself to be a neurological issue that manifested first during the trials. The patient had a life-long undiagnosed condition.  The patient was diagnosed by doctors working with the clinical trials plus independent specialists, with the disease known as multiple sclerosis (MS).

This was the first diagnosis for the patient and as such gave the patient a substantial opportunity to arrest the degenerative progression of the disease according to specialists FPMag consulted. 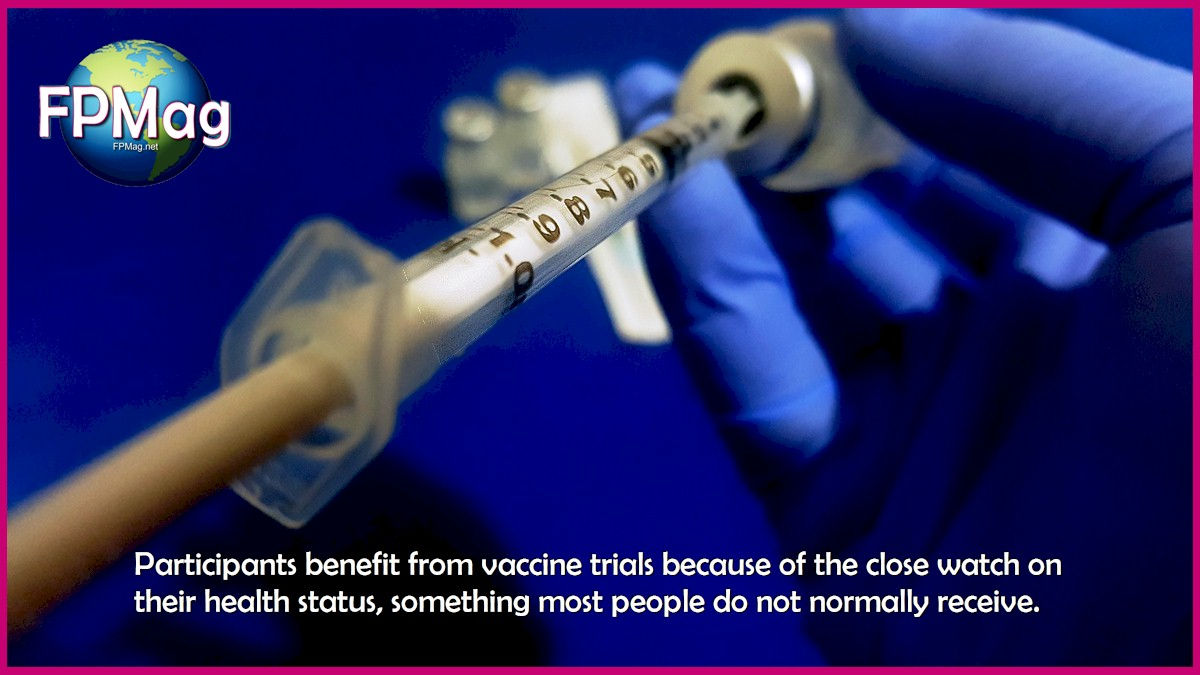 Participants benefit from vaccine trials because of the close watch on their health status, something most people do not normally receive.
Photo Credit: Melissa Hemingway
Art/Cropping/Enhancement: Rosa Yamamoto FPMag

“An early recognition of the inflammatory process enables patients to begin treatment with an immunomodulatory agent even before the technical diagnosis of definite MS so that the degenerative progression of MS can be retarded,” says the MS Center team at Columbia University.

The second case, in August, to cause a short pause in the tests was resolved by an independent panel last week.

Not fully confirmed precisely but tests, indications and patient history have led to a preliminary diagnosis. The patient is suspected of having transverse myelitis, a well studied but rare in its occurrence inflammation of both sides of one section of the spinal cord. This is unrelated to the vaccine trial but detected because of the close medical watch to which the participant has been exposed.

“The participant was injected with the company’s Covid-19 vaccine and not a placebo,” according to AstraZeneca CEO Pascal Soriot who conducted a briefing for investors, one of whom has been speaking to FPMag.

The patient is now under outpatient care and the patient’s condition has been thoroughly tested, treated and included in ongoing evaluation and further treatment. (Apparently the patient is  doing well under the circumstances.)

Normally a patient is supported in their body’s suppression of the condition. There is no known cure for transverse myelitis but according to Columbia University Department of Neurology, patients can have a good outcome if there are no underlying issues causing an exacerbation. The disease is unrelated to the vaccine.

In a weekend statement, Oxford University confirmed a restart of clinical trials across all of its UK sites after an independent third party board of evaluators gave the project a go-ahead on Sunday.

“The independent review process has concluded and following the recommendations of both the independent safety review committee and the U.K. regulator, the MHRA, the trials will recommence in the UK,” it said.

“Because of vaccines, I have seen whole villages return to a normal life in the years I have been working in remote regions,” says an NGO nurse practitioner.

Michele Francis is a nurse practitioner working in remote regions with The RINJ Foundation since the late 2000s. She has some strong views on the need for vaccination.

Her group is currently vaccinating children and in some cases their families as well for:

Soon, perhaps by 2021, the list will include a coronavirus vaccine to prevent the COVID-19 disease.

Read if you wish: Study: 7.7 Billion to 1 in favour of vaccination

NP Francis comments enthusiastically about the Oxford University project, “because in its early trials it has reported both an enhanced T-cell response and substantial antibody buildups, which should indicate a lengthy immunity to the SARS2 virus,” she summarized her view.

She explains that she supervises one of the test centers in South America. The vaccine is being tested in some highly infected regions.

NP Francis says that she and her colleagues have noted that participants in the AstraZenica trials are receiving very strong monitoring and follow up and that she believes that the health of active non-placebo participants will benefit significantly from the trials. 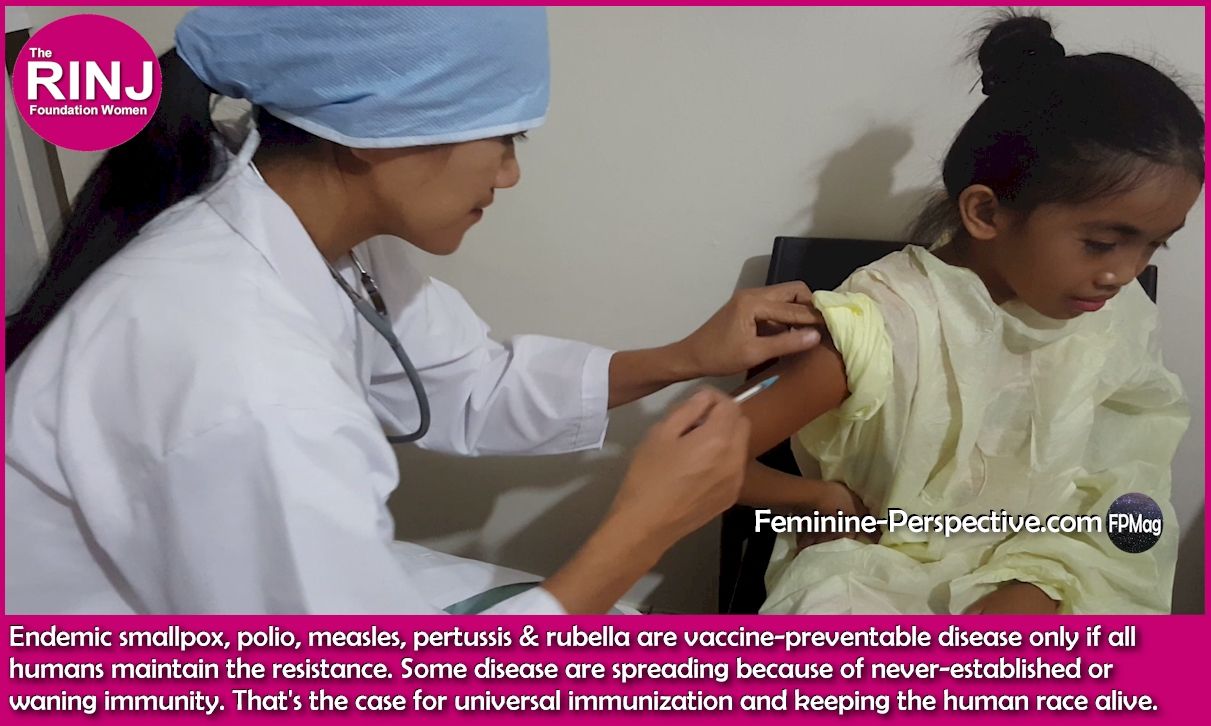 “Endemic smallpox, polio, measles, pertussis & rubella are vaccine-preventable illness but that is true only if all people maintain their resistance, with vaccines and boosters as applicable,” says nurse Francis.

“Some disease are spreading again after once being eliminated because of diminishing  immunity. Those facts make the case for universal immunization, keeping the human race healthy. The same will apply to the SARS2 virus and any others that come along,” she added, citing one of  her women’s group’s many papers on the subject of vaccines.