Our PM Is Human. Real. A natural born Prime Minister. He is Maggie’s boy. [Feminine-Perspective]

Apparently the once spoiled brat of Pierre and Maggie Trudeau was so sheltered he did not catch on to the fact that unless you are black, or John Howard Griffin, you are not a candidate to play the role of a black person in a school play. Otherwise you are playing into the Yankee racist blackface minstrel shows that mocked the “happy-go-lucky darky on the plantation“, to put it bluntly. America’s racist culture, so close to Canada, sifts through the cracks.

Feminine-Perspective, an Editorial by Melissa Hemingway

If you live in Manyberries, Alberta and all you ever see is Great Falls Television and American text books, from Montana, are you actually a Canadian? It happens.

Over the years, some Americans have ridiculed black persons by tainting their white skin with cosmetics to make their skin appear black. They then act out various wacky minstrel routines ridiculing African slaves in America. It was a shameful thing. Some Canadians have copied this behaviour in some of its forms without realizing where the mimes are rooted.

Justin Trudeau has a lot to learn. He got a huge lesson today. Nobody should behave like this. It is scary that Canadians are so far out there in the land of milk and honey they seem not to get it. Canada needs to isolate itself from American racism but educate itself on what is happening in the world outside the communal igloo. 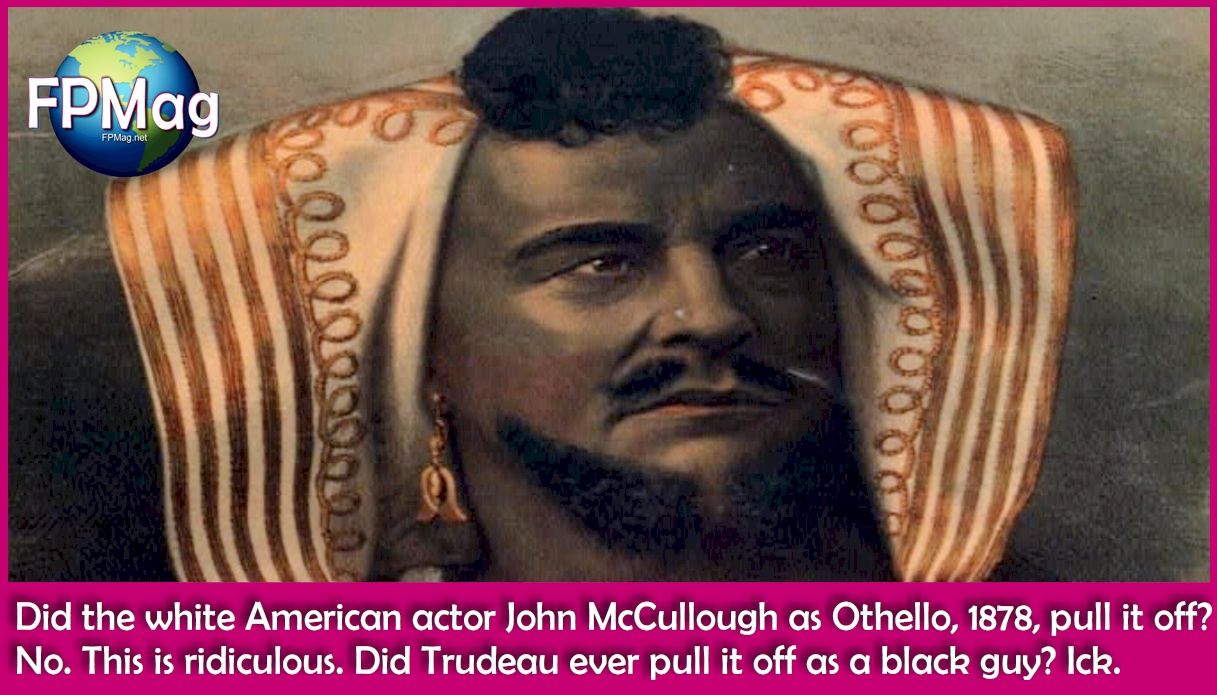 Did the white American actor John McCullough as Othello, 1878, pull it off? No. This is ridiculous. Did Trudeau ever pull it off as a black guy? “Ick,”  Photo: John McCullough as Othello in the 1800s
United States Library of Congress’s Prints and Photographs division under the digital ID var.0623.
Photo Art/Cropping/Enhancement: Rosa Yamamoto FPMag

Trudeau was slammed. It was visible that he felt the pain.

Today Justin Trudeau got hammered by the media on multiple images of him playing “Blackface roles”. That is wacked. Who on Earth could actually think this is funny unless they lived in an igloo in the Arctic nights for too long. Not even humorously ignoble but lovable Mike Myers ever did such a thing, AFAIK.

I watched the live media scrum of Trudeau in Winnipeg from 11,000 km away in the wee hours as I am covering the Hong Kong story at the moment. I then studied closely the video feed I received on the fastest internet service in the world. Repeatedly viewing Trudeau’s apologies I saw a man who is quite upset at how stupid and bigoted he has acted.

Think about Margaret Trudeau and the sometimes dramatic exuberance of her gaffs in life. But knowing her story and adoring the woman, Maggie, a true conqueror of incredible challenges, I see her son clearly.

Baby boys are sometimes hard to figure out. They do things that are so hurtful; so incredibly hurtful, without a thought. Baby boys growing up are a bundle of energy; just high speed human whirlwinds rushing into things the way they run back and forth across rooms as toddlers, throwing themselves into everything they do.

But when you confront them and explain they have failed to sense the hurt they can cause with thoughtlessness, you see the glimmer of understanding. The three year old looks down and you see the glimmer of a tear. He looks up and says from his heart and soul, “sorry mommy” and the pout spreads across his tiny face. Then comes the flood of tears and deep sobs. The hug tells a mom that she connected.

I wonder what Maggie was thinking today. 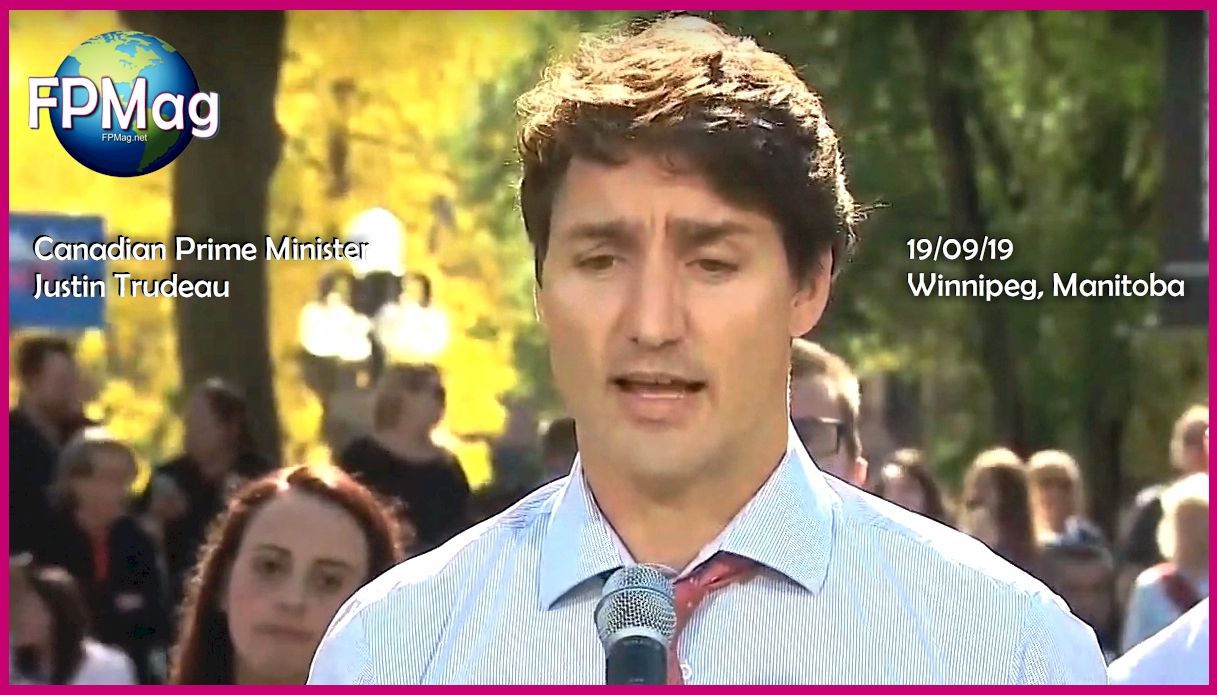 Maybe it’s a private ‘Mom thing‘ and we’ll never know what Maggie was thinking today. I hope her son and our Prime Minister has grown up. The challenges ahead are monstrous and we need him at his best.

The article " Our PM Is Human. Real. A natural born Prime Minister. He is Maggie’s boy. [Feminine-Perspective] " was written by Author: Micheal John (Biography, Email) Editor in Chief and Publisher of FPMag.
Contact Micheal John on Twitter ~ Facebook ~ LinkedIn ~ Instagram ~ Find on Wikipedia ~ Find on YouTube