20 September 2019 Manila – Yesterday FPMag interviewed in a Manila hotel room, a female security expert and former soldier now employed by a mercenary-type organization that protects women and children in war zones. She has just come in a circuitous route through Aman, Jordan that originated in Idlib, Syria. Her role in the Philippines is to body guard a young person, a rape survivor, through a court attendance process wherein the rapist and his friends have tried to kill her.

Beverley would not talk about what was happening in Syria or the Philippines for security reasons but she was able to talk about some of her experiences in Mosul, Iraq under Islamic State occupation. She was part of the resistance. 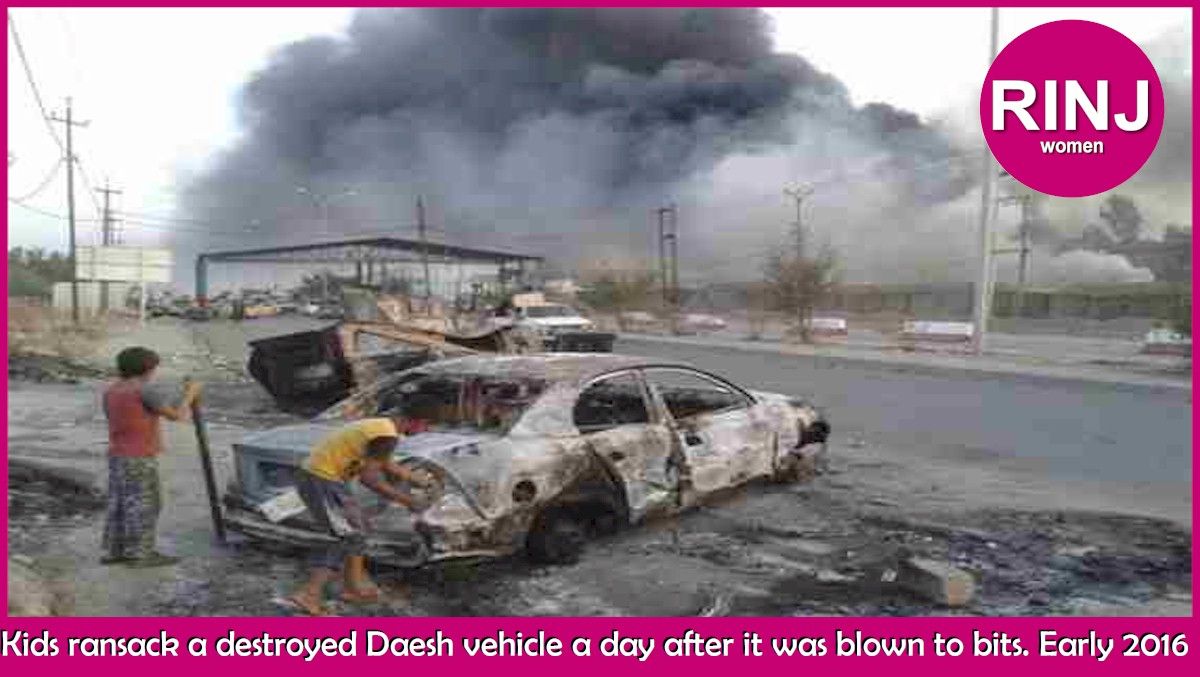 “I was new to the team. Although many of my soldier friends and comrades in arms had told me they did a tour with the ReaperTeam, I did not know what to expect.

“But there I was in Mosul, Iraq after coming into the city through Islamic State and Kurdish Peshmerga (the worst rapists) checkpoints under a tarpaulin below a dusty fake floor in an oxygen tank delivery truck arriving from Baghdad.

“After serving two years in  the military as a combat arms soldier, a rare thing for a woman, so you might guess what military service that was, I thought I was ready for anything. I wasn’t.

“When I arrived at a large commercial building in the old section of Mosul I was immediately given quarters and sent to a medical ‘officer’ for a quick check up.

“I was coughing from the dust under that uncomfortable truck floor. The driver had told me, “get caught and you will welcome death because a Jewish woman in Daesh custody (Islamic State terrorists)  will be violated badly.”

In the shadows exists a team of women protectors who worked with women healers. It was a necessary alliance. Still is.

“The team was led by a Japanese woman. The name of the Team came about because to rattle their enemies they left a pink poker chip with a black image of the grim reaper in strategic locations after a targeted assassination of a Daesh leader.

For Daesh, being killed in the war by a female was some kind of dishonourable, horrible black magic hex for these sick Daesh, many of whom were from Eastern Europe and Russia.

“The group provided security for a civil society organization that works behind the scenes fighting for the safety of women and children. No one else is doing that.

(Age Restricted) The real life video of Canada bombing an Ice Cream factory November 19 2015. Other records like this one at AirWars have vanished:
A realistic view of Earth today. If enough people were to be informed they would be in the streets in the millions howling at their governments.
Here’s “TheList” of current dictators and authoritarian freaks.
Video clips of Daesh atrocities. Clips of the Yemen atrocities by America, Britain, Saudi Arabia and UAE. Video clips of Myanmar military that raped over 100,000 women often enough until impregnating 80,000 in an attempted genocide. Extrajudicial killings including children in the Philippines.
Article series focused on the global trend toward authoritarianism, titled: The Freak Show.  Some news footage may be alarming to anyone who has not been in or seen a war zone. There are currently 58 armed conflicts in the world. Around 40 are classified as wars by some definitions.

Daesh had such little respect for women they did not at first realize the women were their resistance. To admit such was ‘unmanly’

“Half the things the women do is radical. Like right under Daesh noses hiding and supporting hundreds of Christians; raiding Daesh brothels and releasing female hostages; operating peer-to-peer Blackberry communications to imprisoned Moslawis; and this was hilarious, stealing parked Daesh vehicles randomly all over the city.

“Nobody suspected women. In fact, the Iraqi, Syrian, American, Canadian and othe sex slave buyers were sneaking into the city and keeping their appointments with the human slave traders, dressed as women. For a year or so, nobody suspected women. Who would even believe a woman could drive.

“A taxi driver I met at the University of Mosul told me he was sitting at a traffic light when he saw a woman he was quite sure was the doctor who took out his child’s tonsils a month before Daesh invaded in 2014 come running into the street up to the truck of an Islamic State Emir, open the driver’s door as if to give him something, then pulled out a big handgun and with a two-handed, very professional looking style, fired two shots into the killer’s head, concealed the gun and walked camly away and disappeared into a building. “I got out of there right away,” exclaimed the driver.

“I later learned that the man was killed while a group of the Team‘s people were freeing seven girls aged 9-15 from that man’s house. He had a business of selling children as sex-slaves to his colleague Daesh fighters for part of their paycheque.

“So much for Islam’s strict rules on adultery. I could quickly see why these Daesh people are referred to as “fake Muslims” even by non-observing Muslims.

“But even the Caliphate’s leadership was against this. A law was passed whereby if a Daesh  fighter wanted to have a child for sex from age nine and up, he could be issued a temporary marriage. This was some kind of sneaky cover-up of the fact that the group only used those parts of Shariah law that oppressed and controlled the population.”

To be continued this weekend … 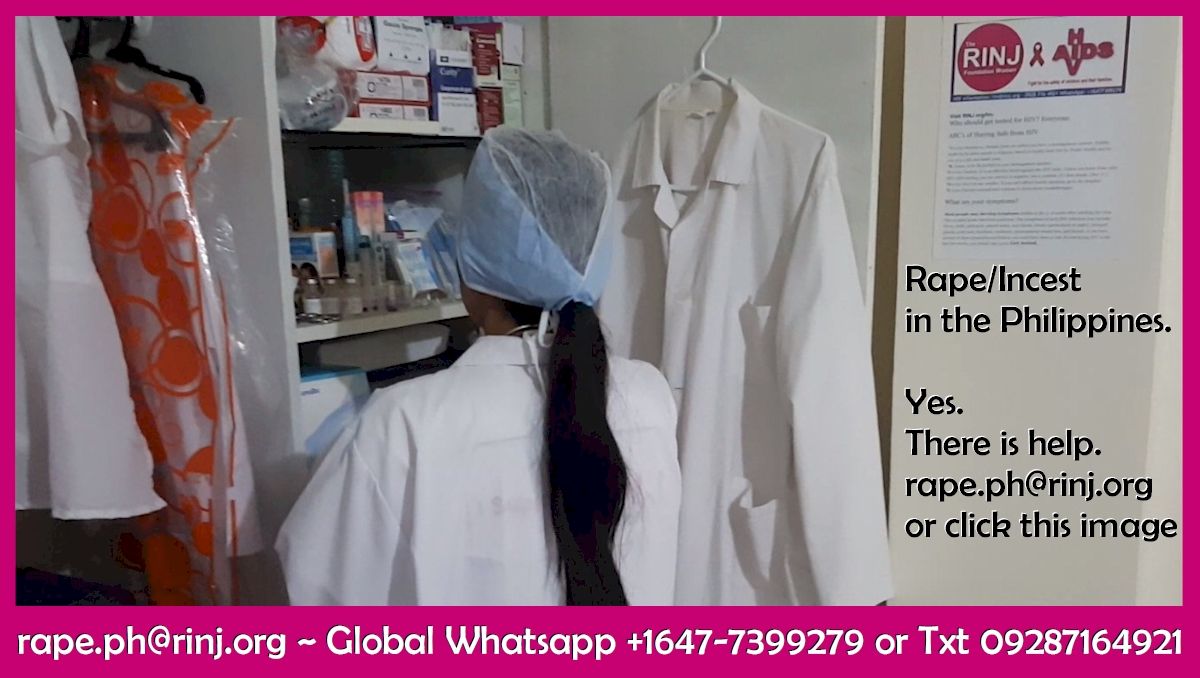 Raped? Get Help. You can get professional but secret HELP

Are you ready to fight back against the pervasive crimes of incest and rape. RINJ will back you in prosecutions and provide victim/witness security. RINJ will provide medical assistance. Deliver your baby. Help you fight STIs including HIV. Provide counselling. Whatever is needed for your safety. (Small children survivors will be hospitalized under guard unless extenuating circumstances–war zones or lack of availability–otherwise forbid). All actions RINJ takes and all communications are 100% private and confidential.