Don’t let go of your humanity, despite Trumpists. [Analysis]

In retrospect, the history of the Trumpists running the United States has been more deleterious to the health of American culture and global society than was predicted.

“The election of Donald Trump as president in November 2016 capped a campaign marked by misogynistic, xenophobic, and racist rhetoric and Trump’s embrace of policies that would cause tremendous harm to vulnerable communities, contravene the United States’ core human rights obligations, or both. Trump’s campaign proposals included deporting millions of unauthorized immigrants, changing US law to allow torture of terrorism suspects, and “load[ing] up” the Guantanamo Bay detention facility,” adduced the World Report 2017  of HRW. 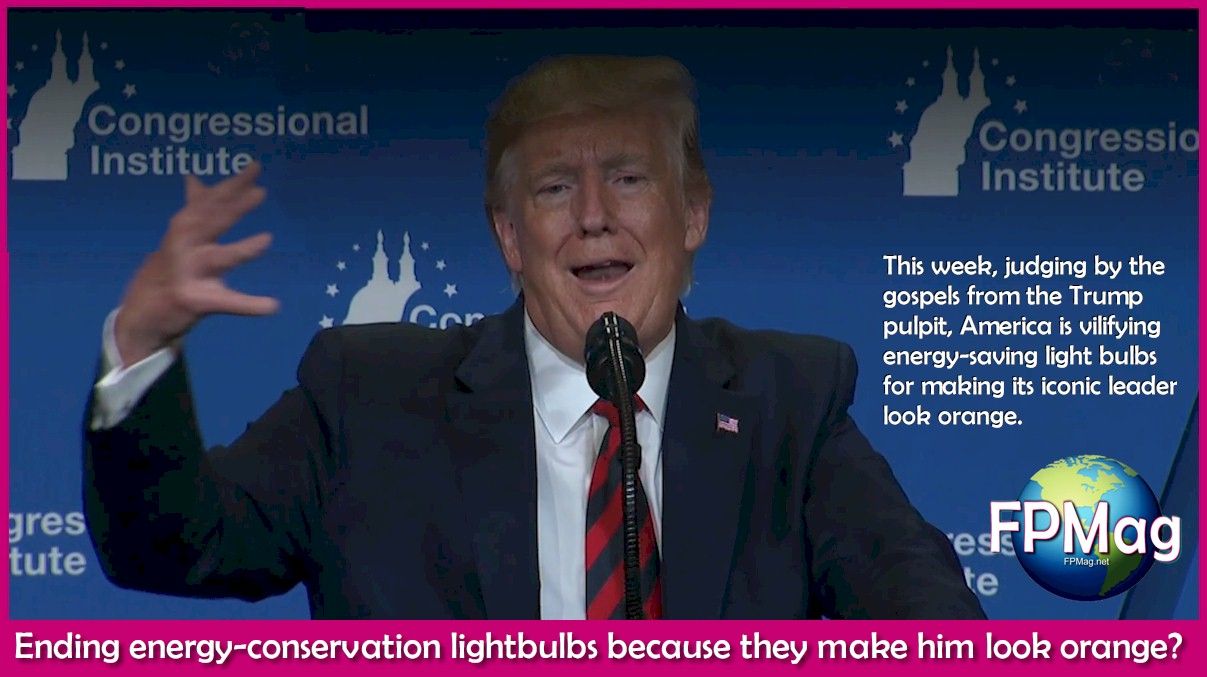 This week, judging by the gospels from the Trump pulpit, America is vilifying energy-saving light bulbs for making its iconic leader look Asian orange.

That would look horrible of course: an orange President? Black was way better. How about black and orange? Halloween is coming. Trick or treat?

Thanks for that hideous mental image, President Orange. You are white and we know that to be true. OK, pink. You are pink. OMG no. Not “commie pinko” more like baby-pink. OK, maybe a little commie-leftish-pink from days of future past.

Probably the fake-tan lotion makers are breathing a sigh of relief now that the sloppy make-up artists working on Donald Trump will not be called to account and the light bulbs are taking the heat without even getting hot themselves and wasting energy.

“I don’t look white because of the light bulbs?”

The birthplace of NASA just took another big hit from its iconic leader. This isn’t just Trump, it’s how America thinks these past five years of Trumpism. This is the land of good and plenty; milk and honey; and The Apprentice-President who wants another 8 years.

If the president says inflammatory things…

Here is the precedent-setting act of confession of Rev. Rob Schenck who is an evangelical minister and former activist for Operation Rescue and other national anti-abortion groups whose meta-violent rhetoric led to the murder of a good doctor and members of Planned Parenthood.

“As a national anti-abortion leader for more than 30 years, I routinely used inflammatory language from the podium. At rallies for the activist anti-abortion organization Operation Rescue, I depicted doctors who performed abortions as murderers, callous profiteers in misery, monsters and even pigs. Then someone on the fringe of my movement shot and killed Barnett Slepian, an OB/GYN in Buffalo, N.Y., whom I called out by name in demonstrations and clinic blockades. Slepian wasn’t the last person to die or be gravely injured by individuals who may have taken literally what I thought of at the time as harmless rhetoric. I now live with great sorrow and regret that it took me so long to learn incendiary speechifying can too often turn deadly.” Cited from Time Magazine.

On 14 August 2019, Mike Levine of ABC News made the argument that ABC News finds 36 cases invoking ‘Trump’ in connection with violence, threats, alleged assaults. It is a worthwhile read.

A nationwide review conducted by ABC News has identified at least 36 criminal cases where Trump was invoked in direct connection with violent acts, threats of violence or allegations of assault.

Worth noting, according to Mike Levine, “ABC News could not find a single criminal case filed in federal or state court where an act of violence or threat was made in the name of President Barack Obama or President George W. Bush.”

Rev. Rob Schenck’s words are instructive in understanding the meta-violence trajectory of Trumpism.

“Trump may think he’s clever in capturing the anger, seething resentment, fear and hatred harbored by certain segments of the electorate, but he’s not clever, he’s dangerous.

“We don’t know for sure,” continues Rev. Schenck, “but his irresponsible, unwarranted and contemptible denunciations of Latinos and others may have motivated the El Paso shooter to drive more than eight hours to the border to find the dangerous invaders the President warned about.”

“The shooter wrote in a manifesto that his views “predate Trump,” but some of his language was strikingly similar to that of the President:”

“This attack is a response to the Hispanic invasion of Texas,” he  [the shooter] wrote.

“At the very least, Trump gave presidential affirmation to this shooter’s dark and evil intentions. One thing we can be sure of is that the President will continue to stoke and unleash murderous impulses in crazed minds if he keeps disparaging brown and black people,” Rev. Schenck concludes. Cited from Time Magazine. 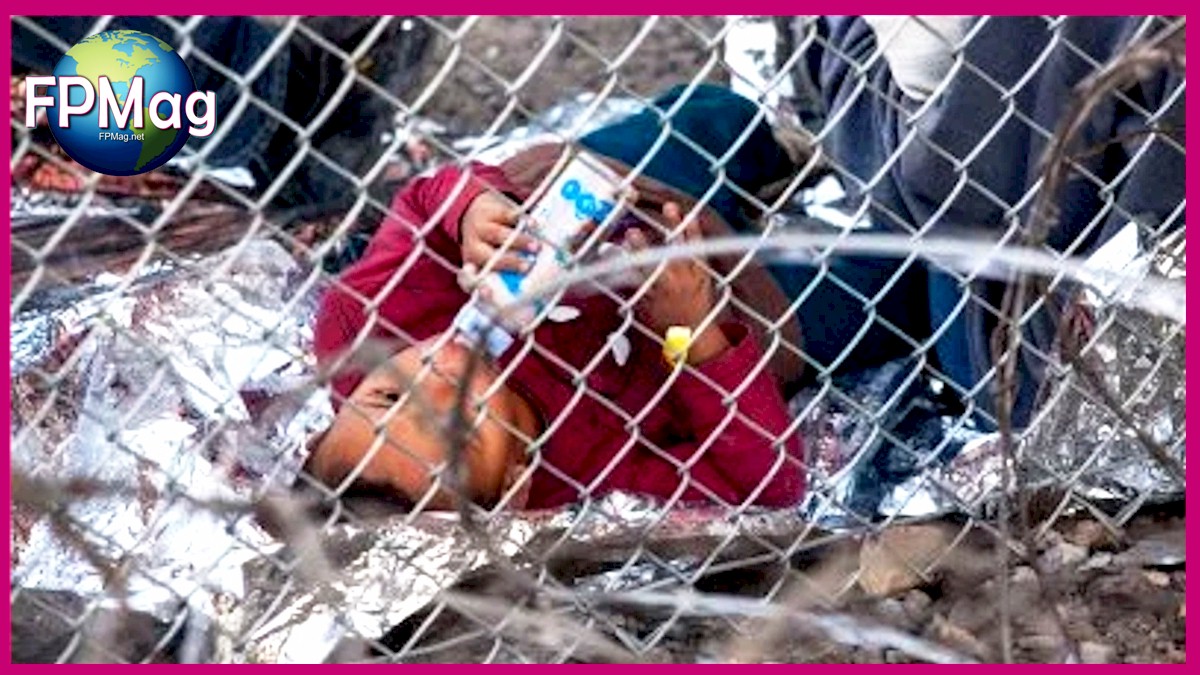 Donald Trump and Michael Pence have kidnapped children in order to discourage refugees from coming to the USA. The two have begun harming the children say us Health Department.

This tactic of brutalizing infants, toddlers and children as a deterrence to migrants seeking to enter the United States is supported by half of America according to polls.

Rev Schenck  notes in Time Magazine that “President Donald Trump has called Mexicans rapists and killers. He’s warned that people coming across the southern border are “bringing drugs.” He has claimed that Mexican officials are “cunning, and they send bad ones over because they don’t want to pay for them.” And he has tweeted, “We cannot allow all of these people to invade our country.” By saying these things, Trump dehumanizes and vilifies his subjects and leaves them fair game for a depraved mass shooter like the one in El Paso who killed 22 people, injured even more and traumatized an entire community.”

Desperate people, driven by violence, hunger and desperation have sought by any means to save their families all around the world.

Don’t let go of your humanity. By flood, famine, disease or war, you could be one of them in the next moment. 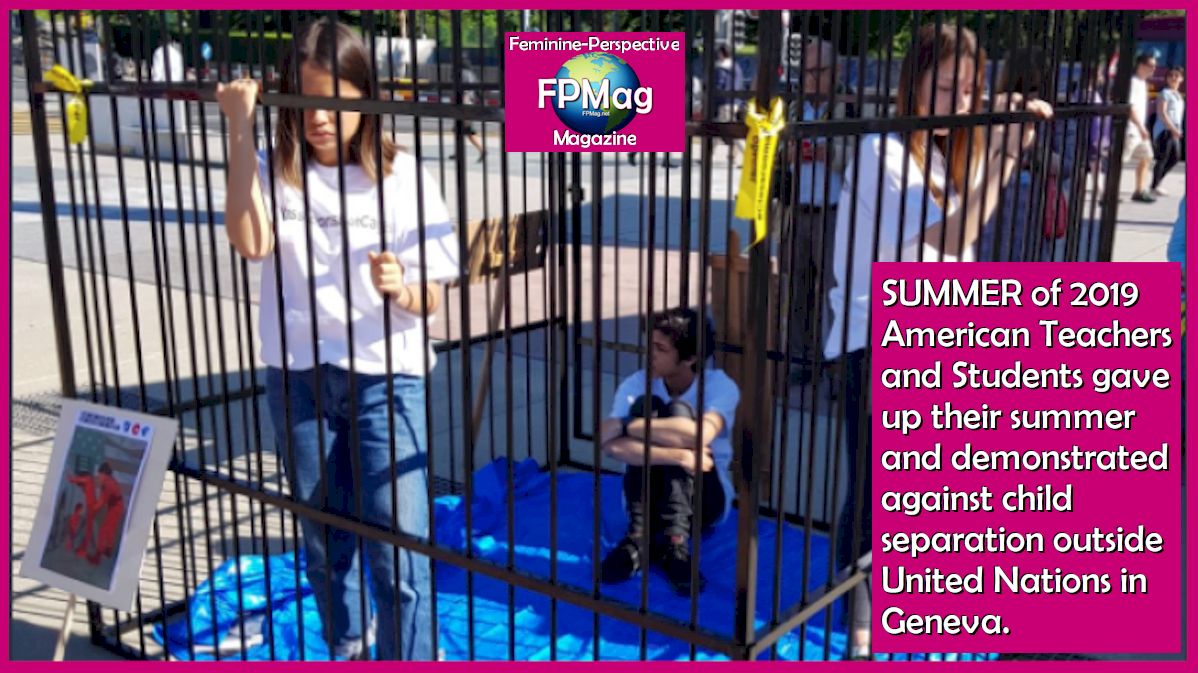 “If Feminine-Perspective Magazine is only able to speak as loudly as a fly sneezes and that is all our group can do to tell people “Don’t let go of your humanity” despite Trumpism, we are going to do this,” says Katie Alsop of The RINJ Foundation, publisher of FPMag.

Love what Donald Trump hates. But don’t hate him. Love him. Get him help.

Trump presidency a panacea of validation for misogyny. 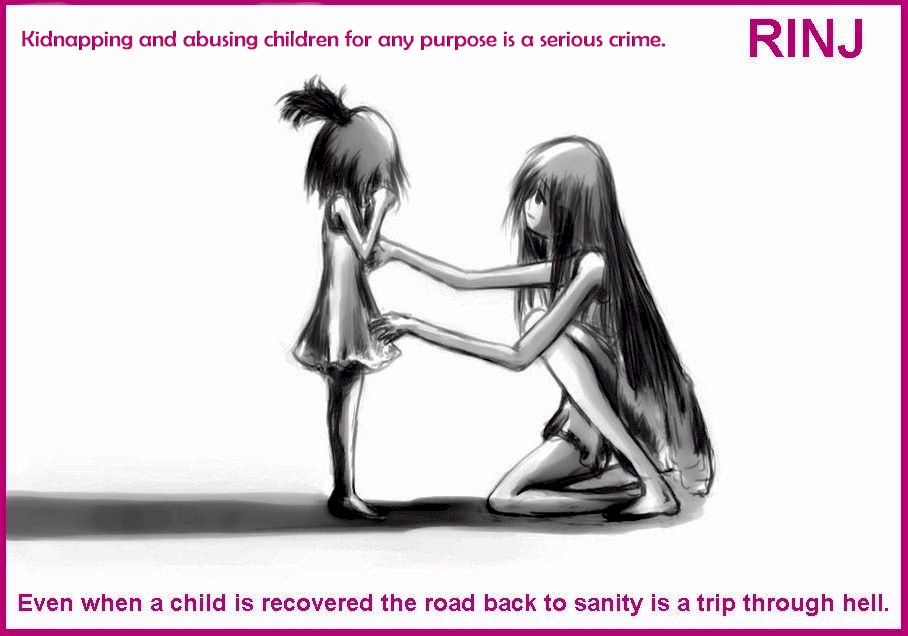