A growing consensus among scientists is that a collection of threats to humans needs to be considered all together and not individually isolated. In particular, a better understanding of what has happened to Earth that caused other near-extinct or threatened mammals, like the pangolin and various bats, to shed deadly viruses that passed to humans. 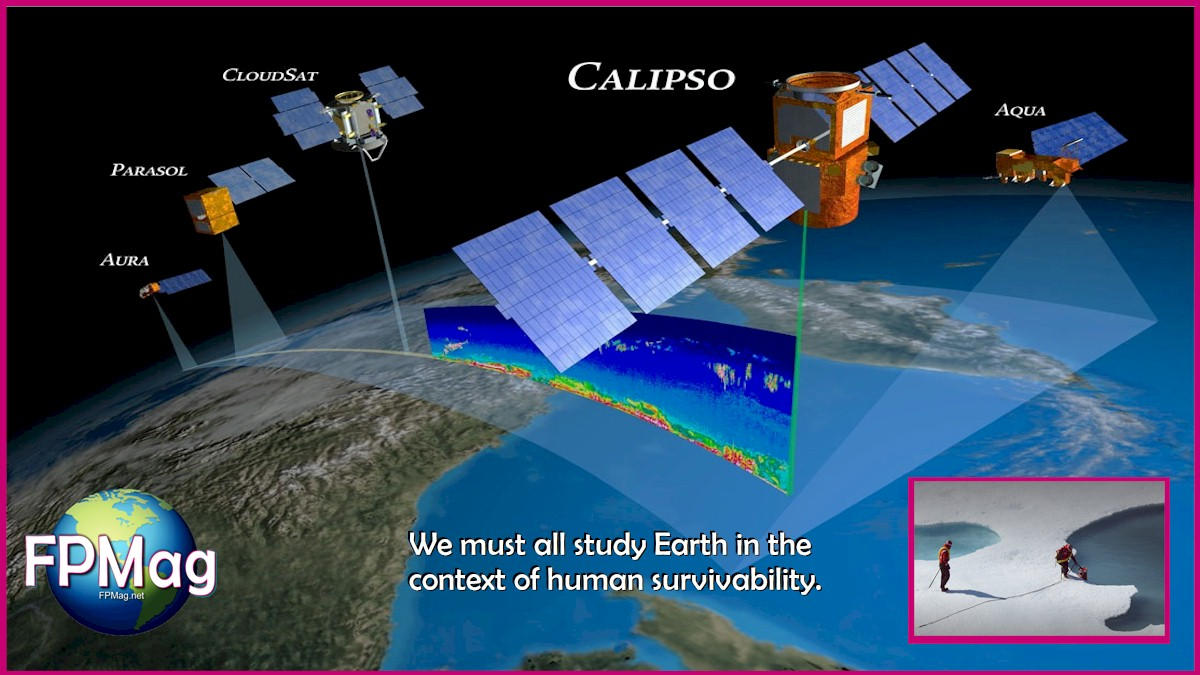 We must all now study Earth in the context of human survivability.
Photo Credit: NASA. Art/Cropping/Enhancement: Rosa Yamamoto FPMag

Can the human race find a compromise between lazy, hazy, lay people who insist that society should do nothing and let SARS-CoV-2 take its toll? They seem to forget where MERS/SARS1/SARS2 came from; ignore that there will be others; and ignore that there is an underlying problem that needs to be fixed. They don’t agree with each other and leading scientists disagree with all of the herd immunity nonsense.

The Civil Society Partners for Human Solidarity against COVID-19 has advanced that a safe and effective vaccine is a crucial element in a powerful set of elements for denying hosts and ending the SARS2 virus.

Moreover, this plan of action is the only one available based on centuries of scientific research, plus trial and error results to date.

N-95 mask-wearing, hand-washing and social distancing must continue. This is important because vaccines are only partially effective; vaccines require most of the population to be inoculated; and there are other simultaneous threats anywway that require masks, such as climate change caused by pollution. As the number of raging forest fires increase and the toxic-air impact of fossil-fuel burning continues, humans must protect their lungs.

The Civil Society Partners for Human Solidarity against COVID-19  has adamantly advanced since January 2020 that the solution for the public is to wear an N-95 mask, maintain social distancing and adhere to a strong regimen of personal hygiene and home hygiene. As the human race heads toward a full year of 2019-nCoV, mankind should have mustered the moxie to figure this out and manufacture masks that will protect the respiratory system from 0.3 micron-sized infectious particles or smaller for every person who walks the Earth.

“There appears to be no other choice for dealing with a complex array of threats to human existence,” say researchers who study climate change and environmental pollution when they are brought together with epidemiologists.

There is a growing consensus that a collection of threats to the human race needs to be considered all at once and not in isolation.

Read if you wish: Re-infection-and-viral-shedding-threat-assessment-brief

As antibodies vanish, reinfection with SARS-CoV-2 creates a new comorbid underlying illness, COVID-19 itself, because of the cell damage each infection causes. This will raise the IFR and create an endless recycling pandemic until there are no more humans SARS-CoV-2 … Continue reading →

How many bombs, bullets and missiles have been made in the same time of SARS-CoV-2? Why? 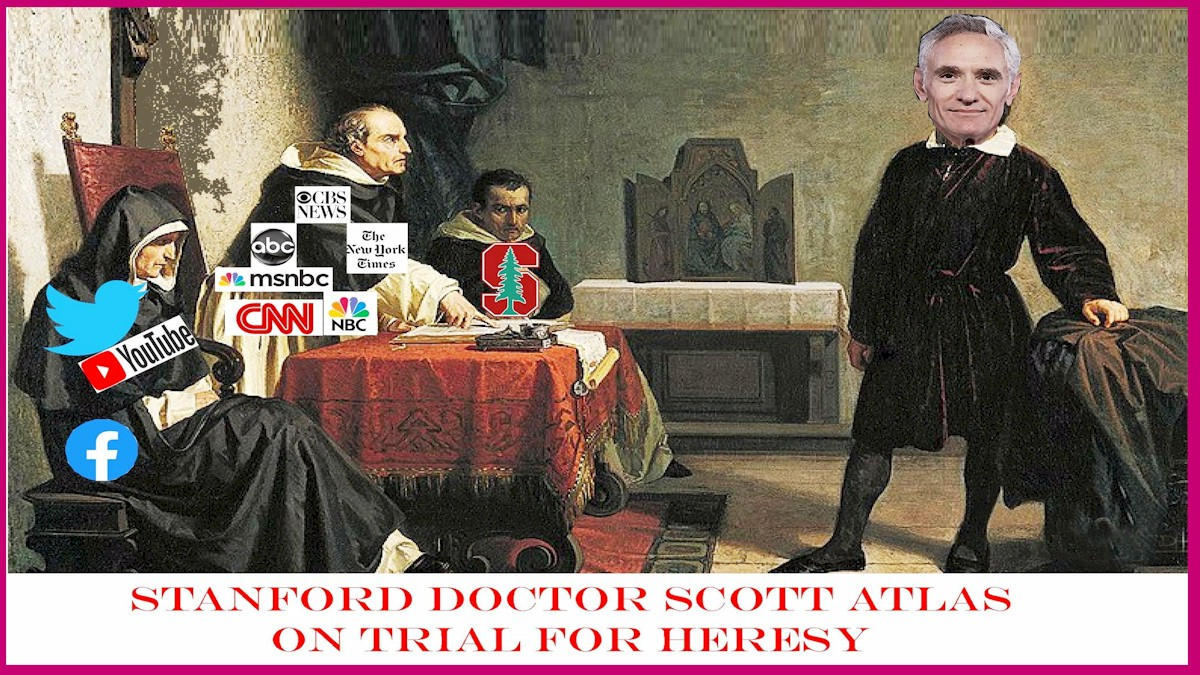 Trump radiology advisor Scott Atlas has this posted on his Twitter page. This guy is very hard to figure out. His colleagues from Sanford have repudiated him and the United Nations has called his herd immunity ideas “unethical”.

SARS-CoV-2 is a parasitic pathogen that will continue to evolve very slightly and infect and reinfect cyclically as it has done. The only surviving mammals that managed to suppress the virus is the bat and most probably the pangolin. We don’t know how many mammals failed to exist having succumbed to the killer virus which keeps cycling through the population until there are no more hosts to infect or the hosts learn to suppress the virus.

Now SARS2 has morphed to a variant that infects the human mammal. After SARS-CoV-2 ended the lives of many senior citizens, it is having a harder time killing the young. But killing them, it is doing gradually. As reinfections begin next year, hitting people with already weakened systems from the first infections,  we’ll know more, hopefully not too late.

Some people want to decide who will live, like the wealthy right-winger in Canada who was convicted of fraud and pardoned by Donald Trump. Conrad Black argues that COVID-19 is “not fatal to 94.6 per cent of people above the age of 65”. That would be about 450,000 deaths among seniors that he is willing to spare so that bigwigs can make a lot of money. He is opposed to any form of lockdown and sews the seeds of dissent against scientists every chance he gets.

An angry World Health Organization WHO director said “Herd immunity is a concept used for vaccination, in which a population can be protected from a certain virus if a threshold of vaccination is reached”, Tedros Adhanom Ghebreyesus, Director-General of the World Health Organization (WHO), told the agency’s regular press briefing in Geneva during the second week of October. He explained, herd immunity is achieved by protecting people from the virus, “not by exposing them to it”.

The US White House proponents of forced herd immunity tend to be rich conservatives who have never in their lives shown an ounce of humility and never demonstrated evidence of empathy. Donald Trump, Conrad Black, Brazilian politician  Jair Bolsonaro, Trump’s sycophant radiologist Scott Atlas and too many more to mention are all talking up forced herd immunity. “Let them get sick.”

“Surrendering to the virus” is not a defensible plan, says Kristian Andersen, an immunologist at the Scripps Research Institute in La Jolla, California. Such an approach would lead to a catastrophic loss of human lives without necessarily speeding up society’s return to normal, he says. “We have never successfully been able to do it before, and it will lead to unacceptable and unnecessary untold human death and suffering.”

#FactsMatter Lockdowns are a luxury of the rich. It is the working class and the poor whose lives are destroyed by prolonged lockdowns. Unconscionable and reckless to ignore that in order to naively focus on eliminating asymptomatic “cases”. https://t.co/1Yrt7CPXxP

The big problem with advancing an argument for forced herd natural immunity is that it doesn’t work with a coronavirus.

Listening to quacks like Conrad Black and Jair Bolsonaro who learned their humanitarian logic in a prison or by listening to crooks and liars, makes scientists want to tear their hair out. Money, economic arguments, the stock market and selling short are not terms that figure into epidemiology. Doctors save lives and most billionaires exploit lives.

Here is the actual excess deaths graph for the USA and the deaths forecast to Spring 2021, bar any change in Trump Forced Herd Immunity policy. 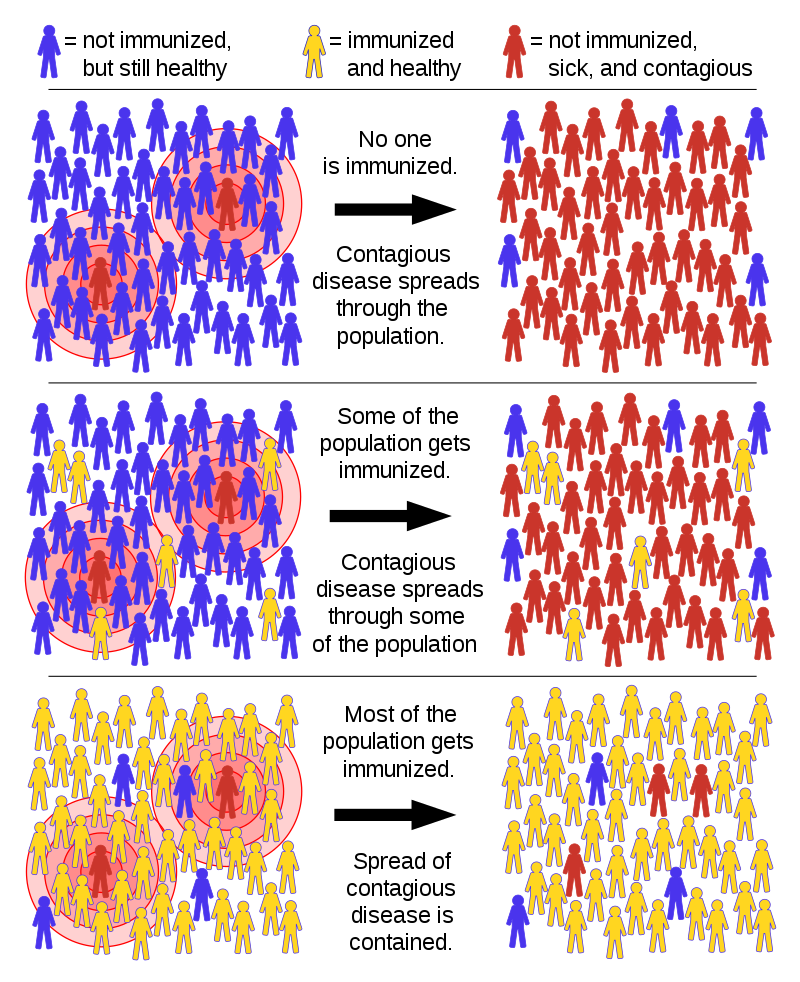 Click to enlarge. When a critical portion of a community is immunized against a contagious disease, most members of the community are protected against that disease. This is known as “community (or ‘herd’) immunity.” The principle of community immunity applies to control of a variety of contagious diseases, including influenza, measles, mumps, rotavirus, and pneumococcal disease. The top box depicts a community in which no one is immunized and an outbreak occurs. In the middle box, some of the population is immunized but not enough to confer community immunity. In the bottom box, a critical portion of the population is immunized, protecting most community members. Photo Credit: Based on an illustration by the National Institute of Allergy and Infectious Diseases (NIAID).