“Trump doesn’t believe he won. Trump doesn’t believe there was voter fraud.” He is in a fight with a few White House officials and family members, including The First Lady, to continue the campaign in a ruse which a small few persons heartily disagree with, according to insider female sources.

Inside the White House, sources suggest even Melania, daughter Ivanka and son-in-law are openly worried. Women insiders familiar with the matter who are not authorized to comment and thus requested anonymity, will in the next 48 hours share additional information from a significant attempt at in intervention that is alleged to be forthcoming. Meanwhile the ‘pro-scam’ insiders have held a meeting to deflect the family’s concerns.

That’s what FPMag is being told. This article shares the details and background in this article to explain why we believe these stories emerging from two sides of a quarrel inside the Trump White House.

Before he leaves office, Donald Trump will milk his campaign supporters for all the money he can get from them by raising hopes that donating money will assist their cause and his re-election. Rudy Giuliani has been instructed to keep the conspiracy theory plot going with antics like this at a press conference held between a north Philadelphia sex toy store and a crematorium at the Four Seasons Landscaping company loading dock garage door covered in Trump signs. Pence is not mentioned hence he may have no part of this.

Michael Pence, Nikki Haley, Ted Cruz, Tucker Carlson, Ivanka Trump, and Donald Trump, are often touted these days, by GOP pundits, for 2024 presidential candidacies. So far Michael Pence has apparently removed himself from the ballot-fraud fundraising scam. Perhaps he feels that he and Trump are already in enough trouble.

No Shakespearean-style trial lawyer, New York’s former (fallen from grace) mayor is taking the Trump fundraiser scam to an over the top flop. Rudy Giuliani is giving this skit his all. But it is not good enough.

Rudy Giuliani has been instructed to keep the conspiracy theory plot going with antics like this at a press conference held between a sex toy store and a crematorium at the Four Seasons Landscaping company loading dock garage door covered in Trump signs.

Because nobody from the Trump campaign has offered actual evidence of nationwide fraud in the election process, only Trump’s credulous, lower educated supporters are buying into the theory.

Some attempts have been made to fool people on social media by burning a bag of sample ballot brochures sent out to teach voters how to complete their mail-in ballots. Clearly this was a fraudulent act but nothing new in the comedy of Twitter’s outrageousness and probably Eric Trump’s integrity. (Eric Trump shared the video.)

“A viral video that was debunked by local officials in Virginia on Election Day is continuing to proliferate on social media, falsely purporting to show a man burning a pile of ballots cast for President Donald Trump.

“The ballots seen in the video are, in fact, sample ballots — which are forms meant to help voters prepare for the election, not actual ballots used to cast votes.”—FactCheck.org

Robert Brandon, president and CEO of the Fair Elections Center, told USA Today yesterday that, “There’s fail-safes everywhere. There’s no evidence that there’s been fraud and we just had the largest turnout election in over a century and the largest in absolute numbers ever in history. And these votes are going to be counted.”

Mr. Brandon added that his voters’ rights organization believes the 2020 election is “a tribute to how good the systems have become and how carefully they’ve checked and double checked what goes on. So whenever there’s a question, there’s a group that really drills down.”

Within an article in The Washington Post called, “I counted votes in Michigan. There’s no way to commit fraud,” poll worker Evelyn Smith says that claims of widespread fraud like that those being alleged by Donald Trump, Eric Trump, Rudy Giuliani and a rare few others are “totally absurd.”

“Those claims are totally detached from reality — from the painstaking, tedious process of accounting for and tabulating every ballot. The count involves so many steps, so many layers of double-checking and supervision, that it would be virtually impossible to fake even a single ballot,” said Smith.

So if there is no evidence of fraud, why is Donald Trump keeping Campaign-2020 alive by saying he won the election and making so many failed court actions ?

“In all, the Biden/Harris ticket vote count is based on real votes painstakingly counted by poll workers with decades of experience,” reports occasional FPMag contributor Monique Deslauriers from Calais, Maine.

“Biden received more votes than have ever been cast in the USA for a single presidential candidate at any other time in history,  and real public opinion and demonstrated rallies in celebration, proportionately support that fact,” she adds from her eyeball observations.

From the Associated Press reports it no longer appears to be close. Biden is scoring 306 electoral college votes, nearly 100 more than Trump and 36 more than needed. It is a huge victory.

Is everything Trump does about keeping more of somebody’s money for his own pocket?

Bus companies that were hired to drive Trump Campaign rally attendees this year left the people out in the cold at the venues late at night because the bus companies  had not been paid. “After checking with other bus companies,” one source told us that she checked with other firms, “we all talk to each other for transportation interlinks”, and “found others had not been paid”. She is still owed money and feels she needs to collect hence does not wish to be identified for fear of recrimination.

Trump has a long history of not paying suppliers / contractors

In June 2016, USA Today newspaper reported that, “At least 60 lawsuits, along with hundreds of liens, judgments, and other government filings reviewed by the USA TODAY NETWORK, document people who have accused Trump and his businesses of failing to pay them for their work.

“Among them: a dishwasher in Florida. A glass company in New Jersey. A carpet company. A plumber. Painters. Forty-eight waiters. Dozens of bartenders and other hourly workers at his resorts and clubs, coast to coast. Real estate brokers who sold his properties. And, ironically, several law firms that once represented him in these suits and others.”

Even before the 2020 election campaigning, totals of unpaid Trump Campaign bills were soaring.

In March 2017, some fifty small rallies took place in Florida, many becoming violent. 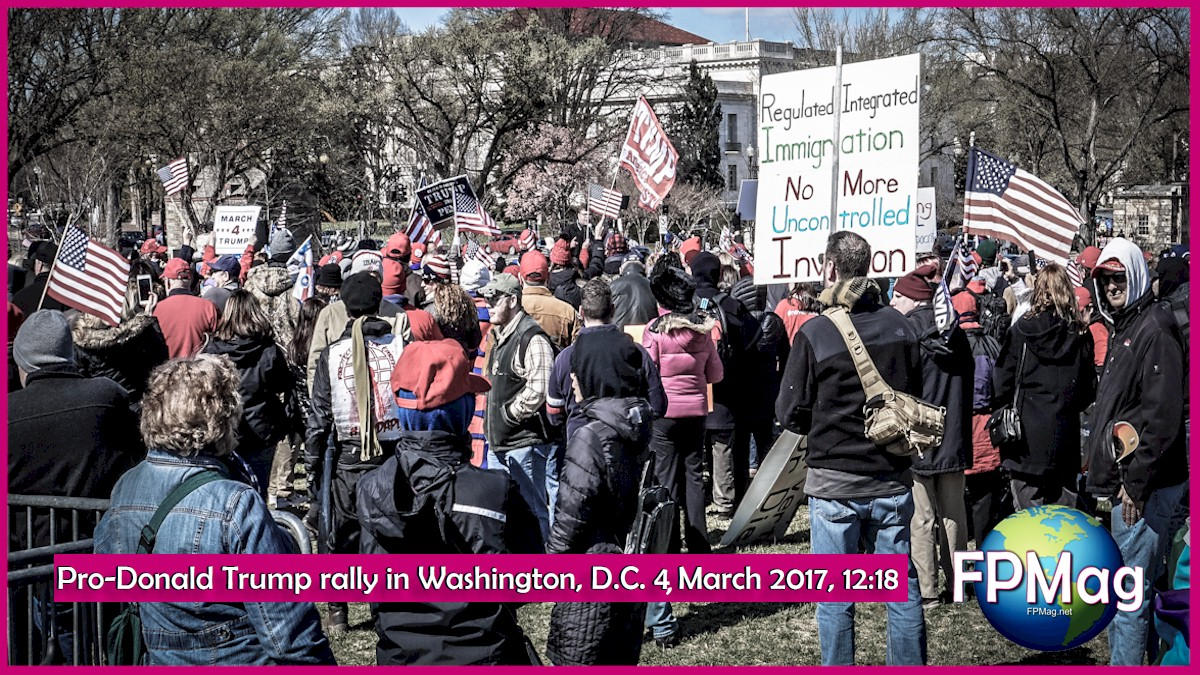 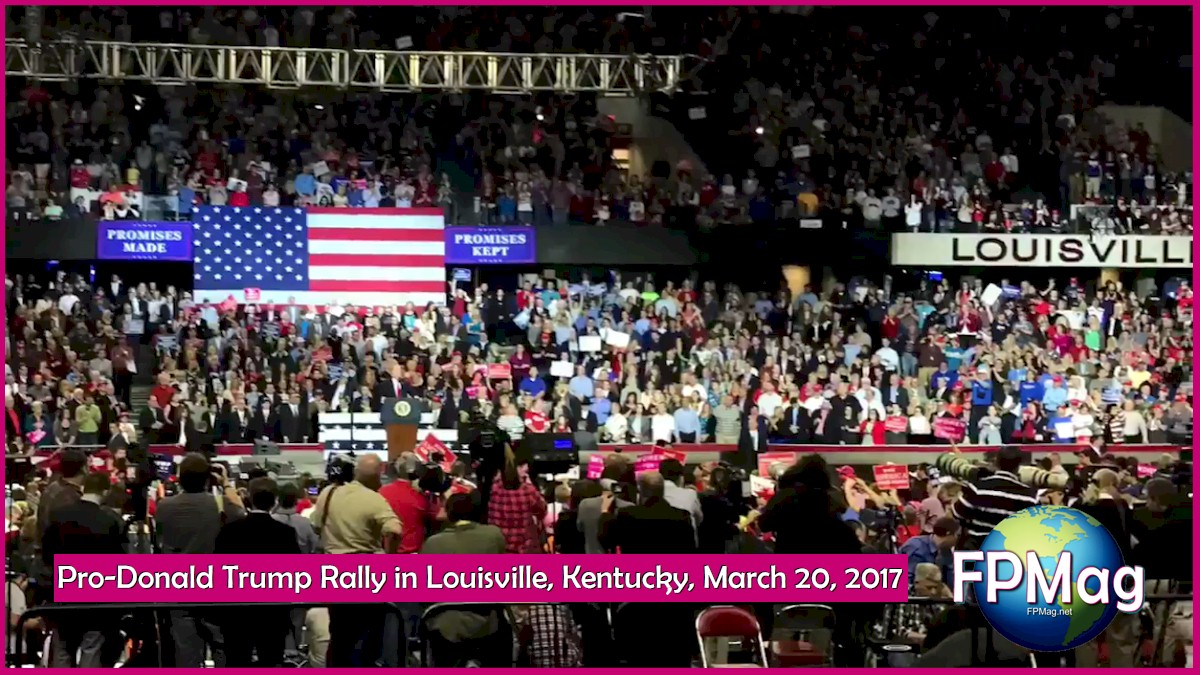 By April 2020, the debts for these and other rallies totaled nearly two million dollars according to The Center for Public Integrity which is is a nonprofit newsroom that investigates betrayals of public trust.

Trump is now trying to milk his campaign supporters for all the money he can get from them, raising hopes that donating money will assist is returning him to power.