SARS2 to kill 100K Americans now to Christmas. How many will hunger kill?

“American politicians need to address the food crisis or face the wrath of the world,” says a Calais, Maine nurse who claims some patients are showing up with COVID-19 and an underlying comorbid condition of malnutrition.

“Shame on America. This has roots planted long before COVID-19,” she added. “And the failure to reach agreement on a stimulus and emergency humanitarian relief plan is an atrocity. People have no money and no food.”

This article seeks to explain the alarming USA data that gave cause to doctors’ who ordered their patients to, “stay home”.

Americans may not realize this but the NGO/civil society world is looking at the USA in anticipation of a humanitarian disaster.

“Americans need to take responsibility for their actions and consider the outcome in the context of the humanitarian disaster unfolding across the entire country, not the ‘TV Reality Show in DC‘,” says Katie Alsop of The RINJ Foundation.

“The HVAC costs of the Congress and the Senate buildings could have paid for food instead of housing posturing representatives arguing and failing to deliver a starvation mitigation relief (“stimulus?”) budget,” says Alsop.

“It makes one want to take the collective body politic to the woodshed seeing crying American children with bellies swollen from hunger,” says nurse Monique Deslauriers who has peers who wonder why they just don’t go home and at least save themselves.

America also reports a Case Fatality Rate (CFR) of 2.1%. The math is ugly.

That means there is now an estimate of 96,337 deaths by Christmas day from the 4.6 million active cases of today. But there will be more Americans than that, dead, from COVID-19. Read on. 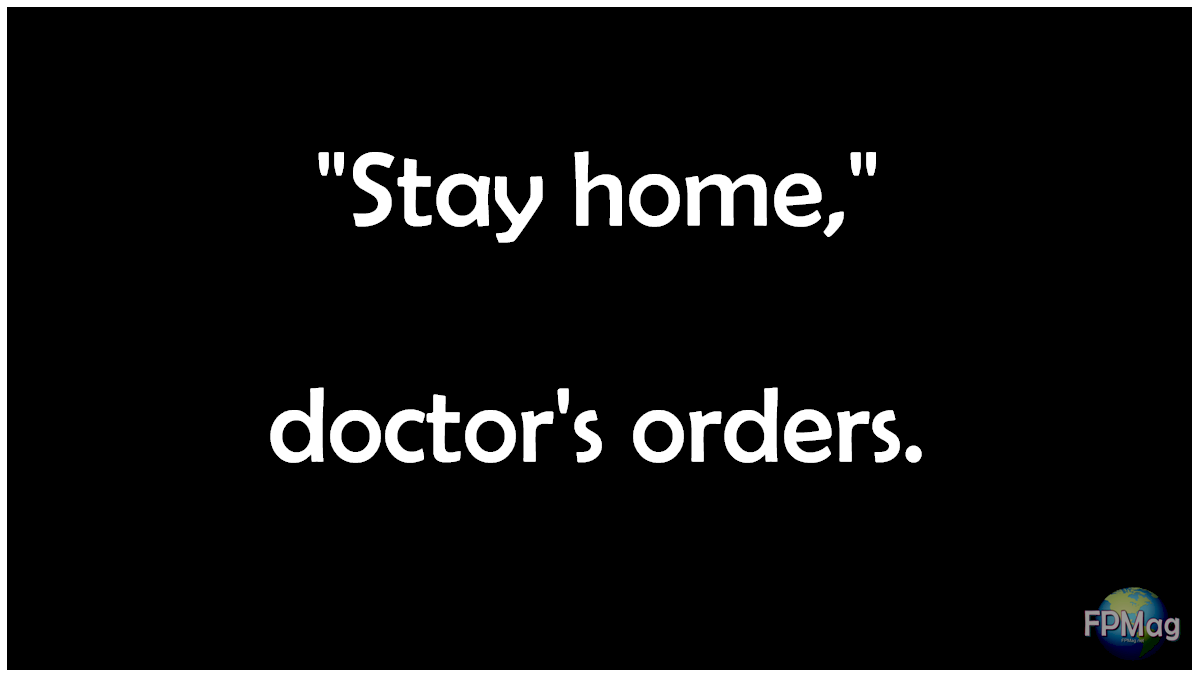 “This year, Thanksgiving will be in my apartment in Seattle, far from my parents’ Chicago home. My siblings will be scattered across the country with their children. There will probably be a Zoom call and waves and smiles through a screen — a poor but necessary substitute for something much more joyous. But this is the only way to celebrate in 2020, because I am determined that this Thanksgiving will not be my family’s last,” writes Dr. Elisabeth Poorman who is an internal medicine physician and writer. She practices in Seattle and is on Twitter at @drpoorman.

Hospitalizations and deaths are alarming officials at the USA Centers for Disease Control and Prevention, The CDC strongly urged Americans, last week, not to travel for Thanksgiving.

“In addition to 96,337 deaths,” explains biostatistician Fred Harris,  “each day is averaging another 100,000 cases which will have an outcome of roughly 2,000 more deaths from each day’s infection numbers. This will climb because the more infections there are, the more those infected persons will infect others.”

“As the virus begins to reinfect people after six months since their initial infection, a topic we know only a little about,  patients still have damaged cells from their first infection. Their outcome is worsened and the suspicion is that the universe of all reinfected patients will have a much higher CFR.  The incidence of death among third reinfections will be atrocious. So that is what a cavalier attitude is risking. SARS2 gets those people eventually. It does.

Recent studied reinfection cases are shown in this chart. More examples can be found here. It is suspected that next year reinfection of this year’s bad cases, will be severe.

Anecdotal accounts of reinfections have been observed to be popping up more numerous in recent comments on private medical networks. The graph here, as do others, indicates that the significant change in outcomes is worse for some patients.

Anyone who thinks they can’t get this disease twice, needs to think again.

Non-vaccinated people can be reinfected by SARS-CoV-2 as many times as it takes to kill them, at intervals of 6-8 months depending on their antibody levels.

Source: the Civil Society Partners for Global Solidarity against COVID-19

This graph has terrifying implications for America shown at the bottom with 4,587,476 Active Cases. Meaning they are actively sick right now. Some 2.1% will die.  In the next month, at 100,000 cases per day, the additional severe cases are going to swamp American hospitals, say the experts.

Click the graph image below to enlarge and read.

“America. Are you ready to follow doctors’ orders and stay home and stay safe or do you still want to play on the tracks in the path of a speeding locomotive?” quips Mr. Harris by way of a summary of the evidence.

Click image to enlarge. This graph has very stark warnings. Source: the Civil Society Partners for Global Solidarity against COVID-19 in Singapore

There are other factors. Many more will die before Christmas above this 96,337; about another 25,000 before Christmas of the 150,000 who will die from new infections occurring between now and Christmas,  a kind of Grand Slam for the SARS2 virus derived from America’s likely epic failure-to-mitigate over Thanksgiving.

Plus, 0.75% of the infections that occurred in the past four weeks will still be passing in the time before Christmas (the statistically doomed who did not die yet).

“Not everyone is good at math,” advises nurse Deslauriers,  “so don’t worry, just do something to protect your family, dear American friends, stay home,” she urges.

“These data projections are based on statistical evidence and the formulae that have been derived from the USA experience with COVID-19 in 2020,” says Harris.

One of the additional facts that needs to be considered is that the United States under reports its data, particularly deaths. That is not to imply a deliberate deception. It happens for many understood reasons.

In reality the COVID-19 deaths from today’s infections that occur before Christmas will be greater than 123,500. Biostatisticians have been able to verify their calculations against the known numbers of excess deaths that occur in any given period.

Statisticians are studying several different sets of numbers. They are all important. Active cases are important because it is the basis for predicting to some extent the amount of critical care and general care resources may be needed. Knowing this requires good statistical data on known cases and confirmed recoveries (two consecutive negative tests).

This is likely boring. There are many millions more cases that are not reported, of which there are a large number of deaths. So far depending on the state, that number is 1.2x to 1.31x where x = reported deaths right now and it will change as time goes by and more infections occur. Eventually those changes will yield the true Infection Fatality Rate (IFR)

The Civil Society Partners for Global Solidarity against COVID-19 out of Singapore have been watching the United States since the beginning of the pandemic in late 2019. 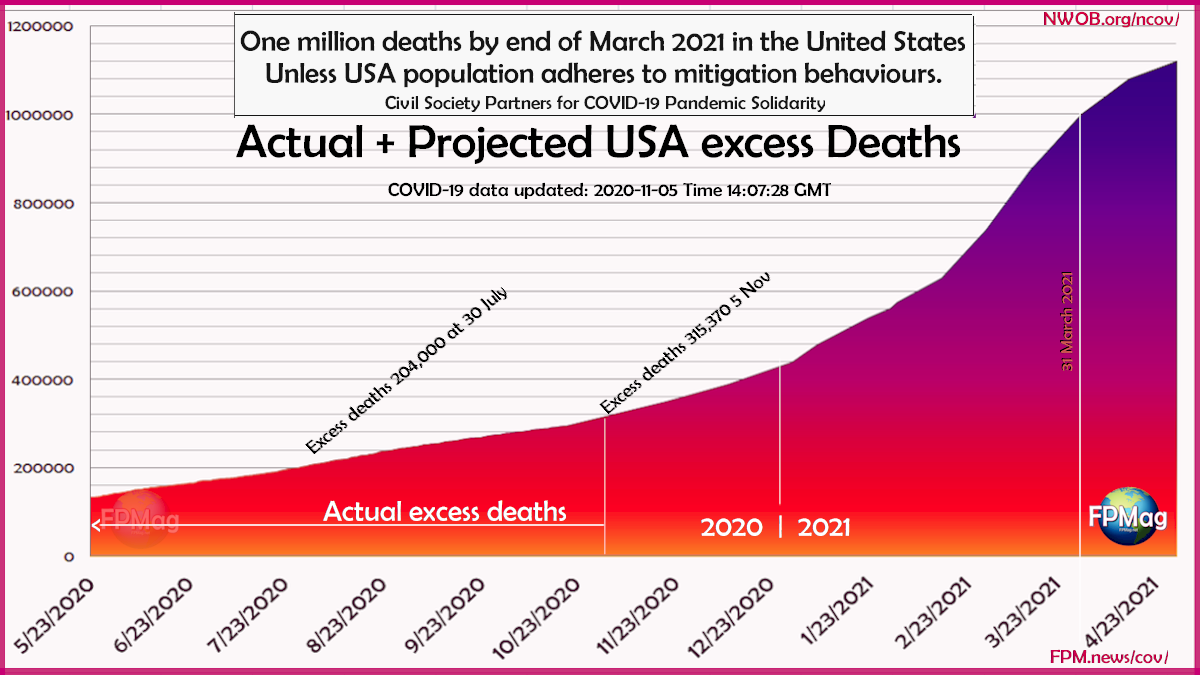