Numerous officials have suggested that, “this country is bigger than one person” and that Trump must with dignity accept defeat.

“The Republican Party must step up…stop operating on the basis of the whims of one person”, says Rep. James Clyburn, Majority Whip, on State of the Union with Jake Clapper on CNN.

On its official global website the women of The RINJ Foundation have strongly applauded the Biden / Harris team for their projected winning of the USA Election 2020.

But of course that comes as no surprise. A misogynist in the White House has been “like a dagger in the back to all women in America and around the world,” says Katie Alsop of RINJ Women.

This article provides the full text of remarks by President-elect Joe Biden and former President Barack Obama’s congratulatory message to the Biden / Harris team.  Additionally, readers can watch the speech of Kamala Harris after being declared a projected winner by global broadcaster CNN and other networks plus the State of Philadelphia. 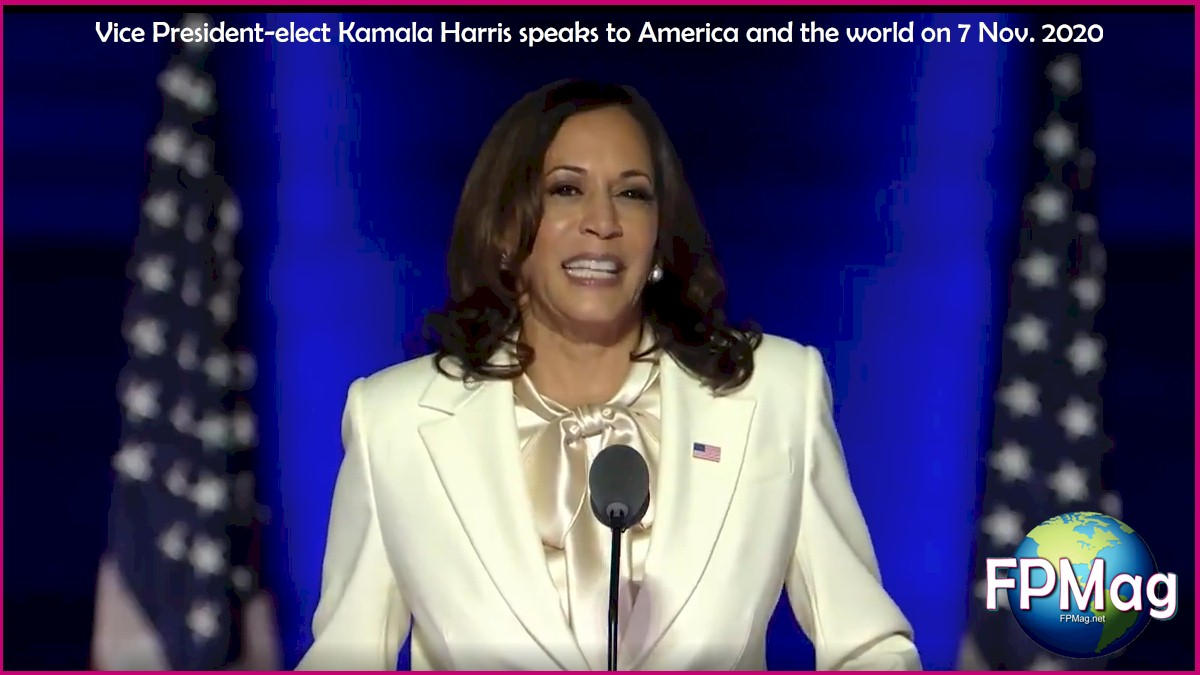 The extremely close USA presidential election of 2020 is widely confirmed as being in recount mode for at least one State and likely more as Donald Trump says he will refuse to leave the White House and that he actually won 2020 re-election.

Trump has made extraordinary allegations of unfairness and fraudulent activities without advancing any evidence of same, claiming some form of national conspiracy against him.

What is more obvious however is that Mr. Trump has been trying to disenfranchise many voters.

Read if you wish: Trump plan to disenfranchise vulnerable Americans would destroy a democracy

Publisheded on November 7, 2020 by Micheal John

‘There can be no forgiving a man who rips babies from mothers’ arms—a man who now seeks to exploit and disenfranchise the most vulnerable of Earth’s citizens. Donald Trump must be prosecuted and dispatched to prison while his misled and … Continue reading → 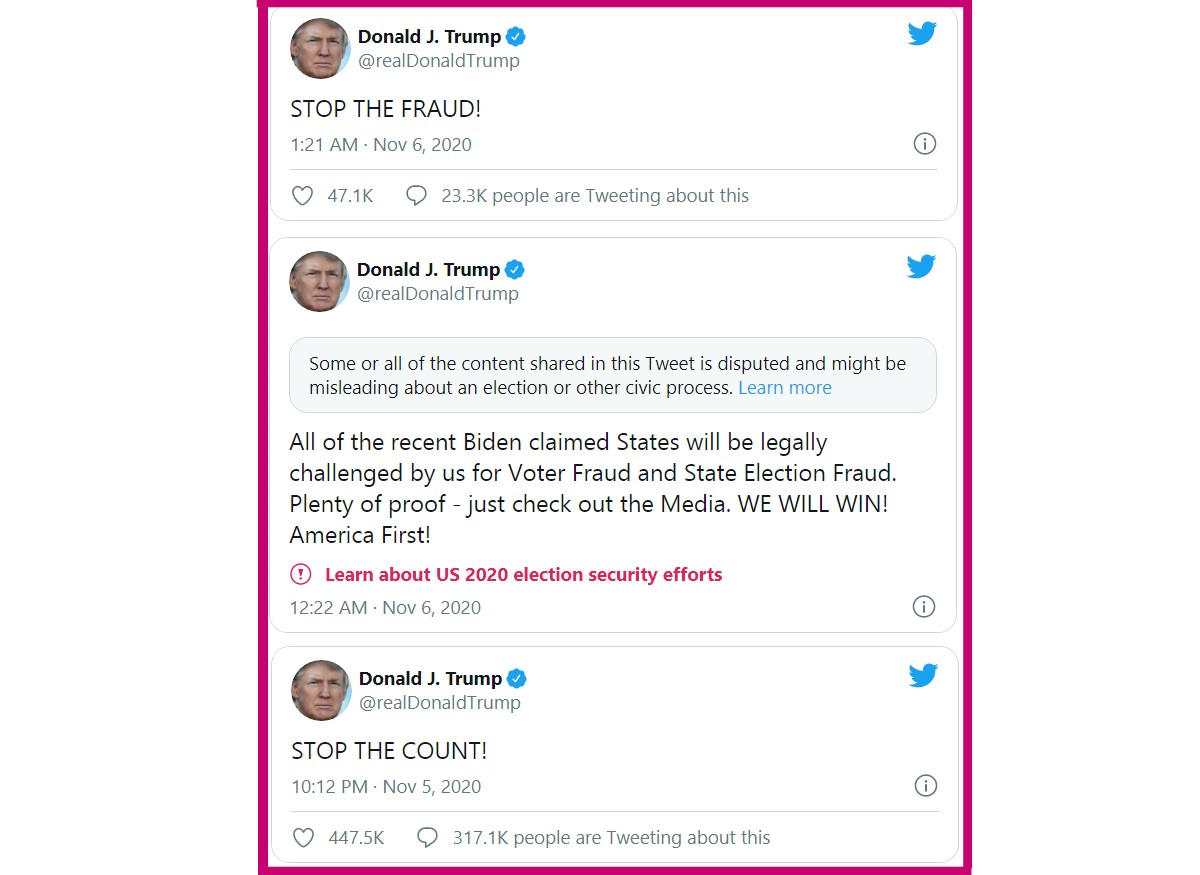 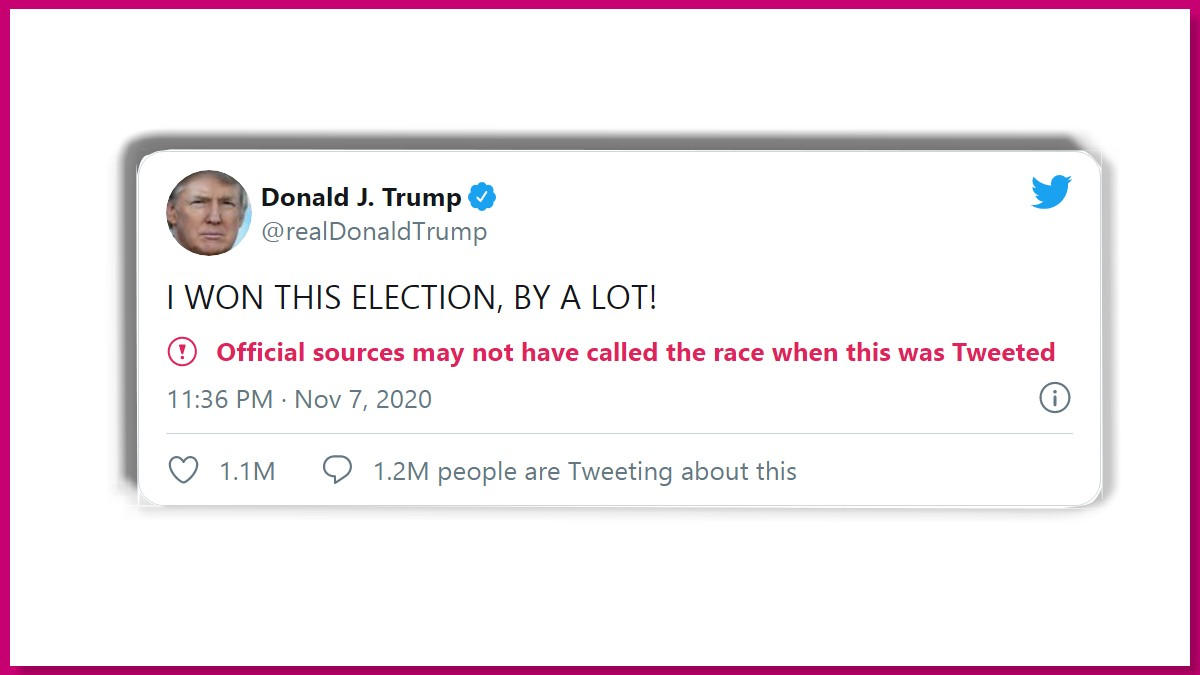 “I could not be prouder to congratulate our next President, Joe Biden, and our next First Lady, Jill Biden.

“I also couldn’t be prouder to congratulate Kamala Harris and Doug Emhoff for Kamala’s groundbreaking election as our next Vice President.

“In this election, under circumstances never experienced, Americans turned out in numbers never seen. And once every vote is counted, President-Elect Biden and Vice President-Elect Harris will have won a historic and decisive victory.

“We’re fortunate that Joe’s got what it takes to be President and already carries himself that way. Because when he walks into the White House in January, he’ll face a series of extraordinary challenges no incoming President ever has – a raging pandemic, an unequal economy and justice system, a democracy at risk, and a climate in peril.

“I know he’ll do the job with the best interests of every American at heart, whether or not he had their vote. So I encourage every American to give him a chance and lend him your support. The election results at every level show that the country remains deeply and bitterly divided. It will be up to not just Joe and Kamala, but each of us, to do our part – to reach out beyond our comfort zone, to listen to others, to lower the temperature and find some common ground from which to move forward, all of us remembering that we are one nation, under God.

“Finally, I want to thank everyone who worked, organized, and volunteered for the Biden campaign, every American who got involved in their own way, and everybody who voted for the first time. Your efforts made a difference. Enjoy this moment. Then stay engaged. I know it can be exhausting. But for this democracy to endure, it requires our active citizenship and sustained focus on the issues not just in an election season, but all the days in between.

“Our democracy needs all of us more than ever. And Michelle and I look forward to supporting our next President and First Lady however we can.”

Citing Barack Obama who published this statement in a Twitter Image 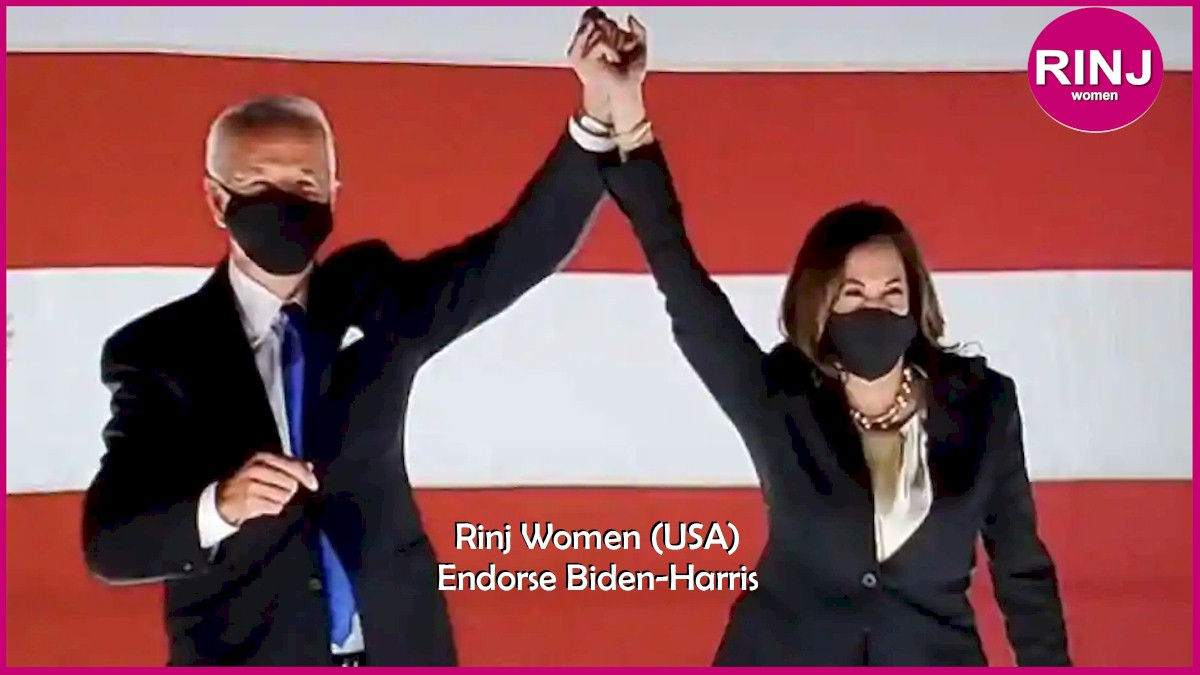 “The most descent and calm American politician the entire world came to love as “Mr. Vice President” is now Mr. President.

“Thank you Mr. President Biden for taking on this extraordinary challenge. Good luck to you and your amazing family and your accomplished team. Let us know how we and our members can be of help in the challenges ahead.”

“The first woman to become a US Vice President is Kamala Harris, an extraordinary politician who has in her career been equal to, and apparently better than, any male competitor, all the way to the top thus far. Thank you, sister. Good luck in all you undertake,” say RINJ Women (USA) on their website

President-elect Joe Biden’s Speech to America and the World