An impeached US President is being slowly tossed out of office by the US electorate as hard working poll workers count in-person ballots and then the mailed ballots. Huge damage has been done to America’s reputation.

Three weeks into 2021 the nightmare should end and new ones begin. Meanwhile, Trump will not go peaceably and some hectic times lie ahead from this hour forward.

“Stop the voting” and “stop the counting”, is what the Trump family and Rudy Giuliani are growling to disenfranchise voters during an extremely close Presidential race involving more votes ever cast in America for a presidential election.

Trump is suing all over the country to disenfranchise voters who marked an ‘X’ for former Vice-President Joe Biden.

America is living in a TV drama world full of gangsterism.

While poll workers count ballots, and Trump’s illegal militia load bullets into automatic weapon magazines, there should be acknowledgement that this counting time ought to be a calming time.

In North America and all around the world, leaders should be thinking about how to make the Build Back Better transition time a peaceful, balanced, process. The transition web site is here.

Ideally, Trump should be escorted away in handcuffs. 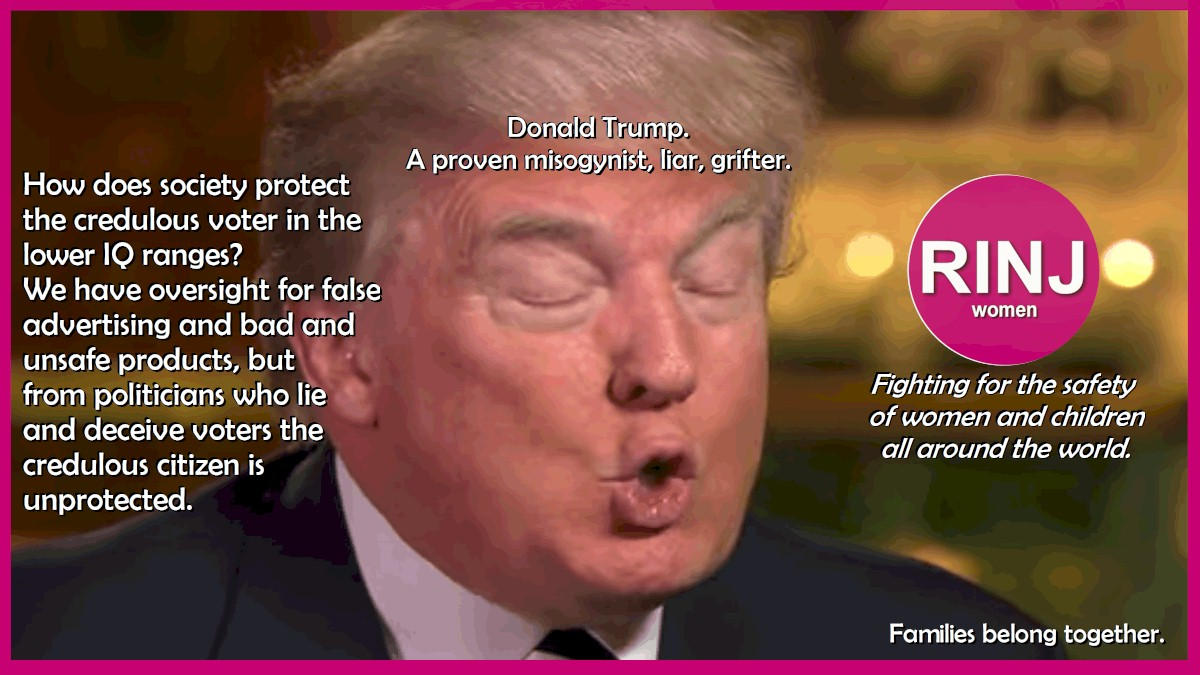 How does society protect the credulous voter in the lower IQ ranges?
We have oversight for false advertising and bad and unsafe products, but
from politicians who lie and deceive voters the credulous citizen is unprotected.
Photo credit: Youtube Video Screen Capture.
Art/Cropping/Enhancement: Rosa Yamamoto FPMag

Trump taught the world that America is not acting in good faith, with the world.

The concept once sworn to be America seems a fraud. The 9 August 2018, bombed school bus in Yemen; 3 January’s mass murder in Baghdad, a clear war crime; children stolen from their families and molested according to the ACLU; and a signature that is worth nothing as in the case of the JCPOA and the Paris Climate Accord.

That Donald Trump has lost re-election in the “USA Election 2020” there is no doubt. The Biden/Harris ticket has won more than 50% of the US vote and that is usually quite decisive. Moreover, Biden won more votes than any presidential candidate in American history.

In a democracy, poll workers must not be terrified while doing their vote counting as Trump tries to undermine the vote count. 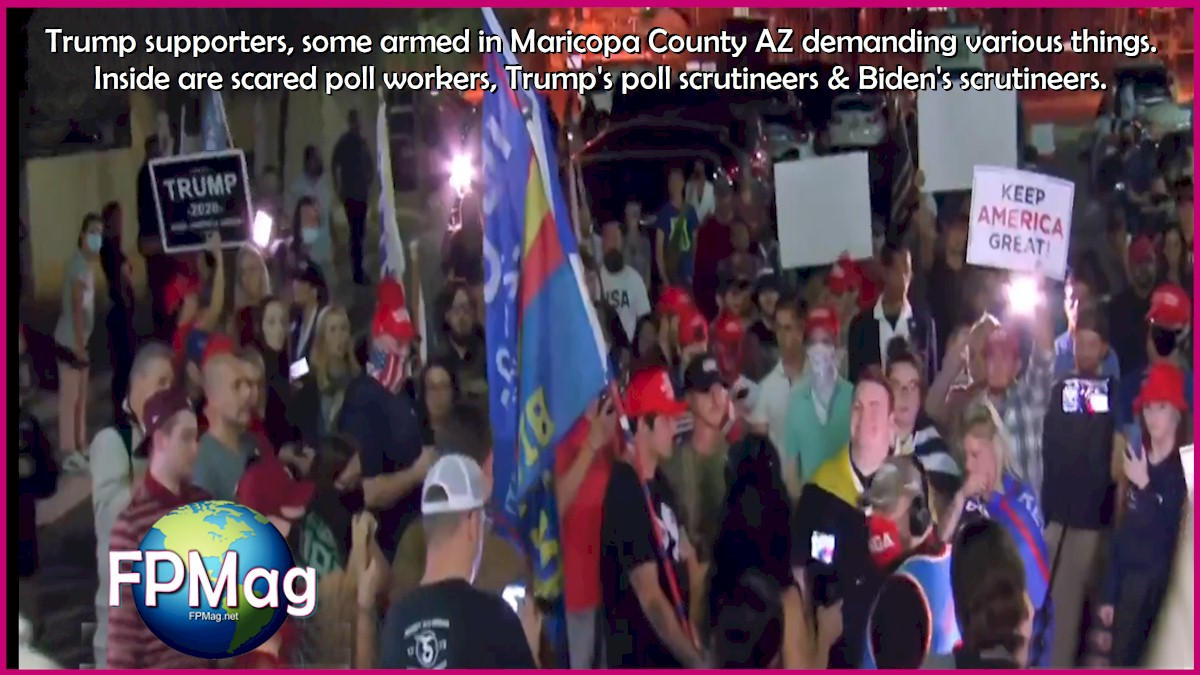 Below charts show findings of two newspapers’ fact checkers regarding the number of “false or misleading” or “false” claims by U.S. President Donald Trump.

Four years of Trump & Pence in office highlighted American malfeasance around the world and gave rise to the global perception that America is not what it says it is, in fact, America is a collective: bully, liar, thief and murderer. 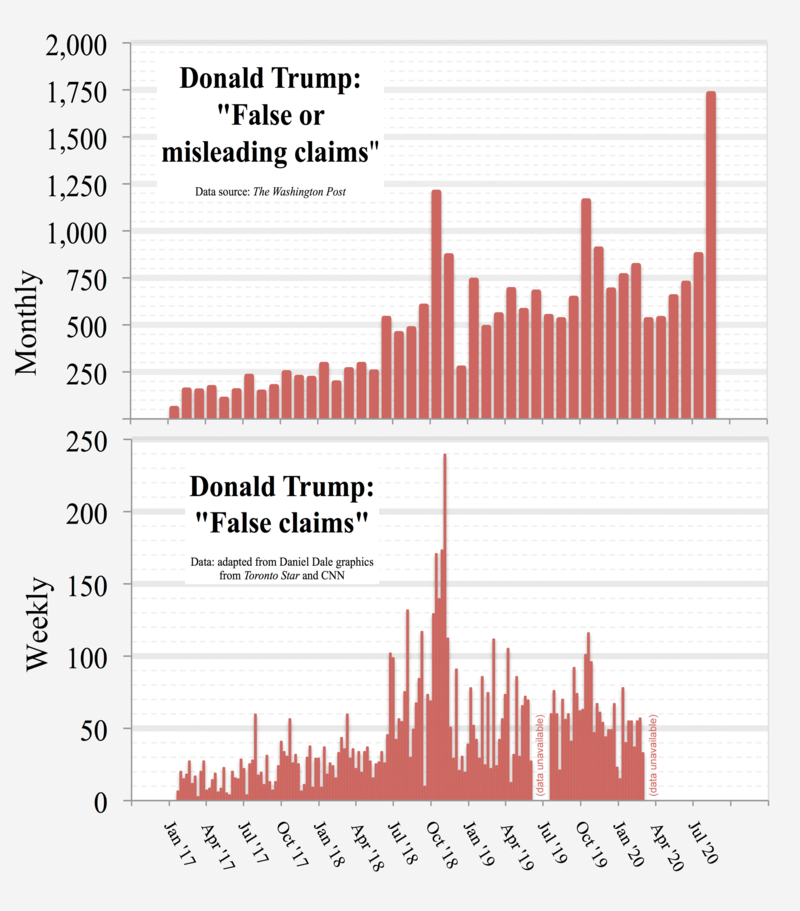 Solving the problems created by Election 2020

With Joe Biden and Kamala Harris in the White House, the nation faces the brutal fact that over 68 million American voters preferred a misogynistic, fraudulent liar whose government initiated a policy for stealing children from migrant mothers’ arms and cheated bus companies of their payment for driving supporters from election rallies back to their cars.

Worse, Trump caused the additional COVID-19 infections of what are likely millions from all the rallies where he promoted the public disgrace of people wearing masks.

Donald Trump and Rudy Giuliani screaming, “fraud” and “stop the voting” [sic] have further lowered their esteem.  They knew they would lose and planned to try and steal the election.

No matter what happens next, Donald Trump and Michael Pence have lost the election and are now subject to various criminal charges.

Americans should have faith in the voting process and have the constitutional right to have their lawfully cast ballots counted. That simple proposition is a cornerstone of American democracy.

In order to avoid letting countries that refuse to report the sum of case recoveries, thus skewing global calculations, Burundi, Belarus, Belgium, Bosnia and Herzegovina, Britain, most provinces of Canada, Ecuador, FaeroeIslands, Falklands, Finland, France, French Polynesia, Hong Kong, Iceland, Mongolia, Laos, Netherlands, Norway, Peru, Portugal, Puerto Rico, Ukraine, South Korea, Tunisia, Sierra Leone, Sudan, Spain and Sweden 'recoveries' are estimated based on the current reported global recoveries as a percentage of all cases. (([reported recoveries]) divide (551,479,263 [Global Reported Sum of All Cases] less 30,029,819 [France Sum of Cases] less 909,882 [Ecuador Sum of Cases] less 12,734,038 [Spain Sum of Cases] less 8,177,667 [Netherlands Sum of Cases] less 2,519,199 [Sweden Sum of Cases] less 3,620,801 [Peru Sum of Cases])) = 96% a coefficient which is then adjusted according to the number of cases in the past 30 days and the new coefficient is applied to the sum of each of these nation's cumulative cases to estimate the missing recoveries data. In the case of France some additional hospital-sourced recovery data is factored. 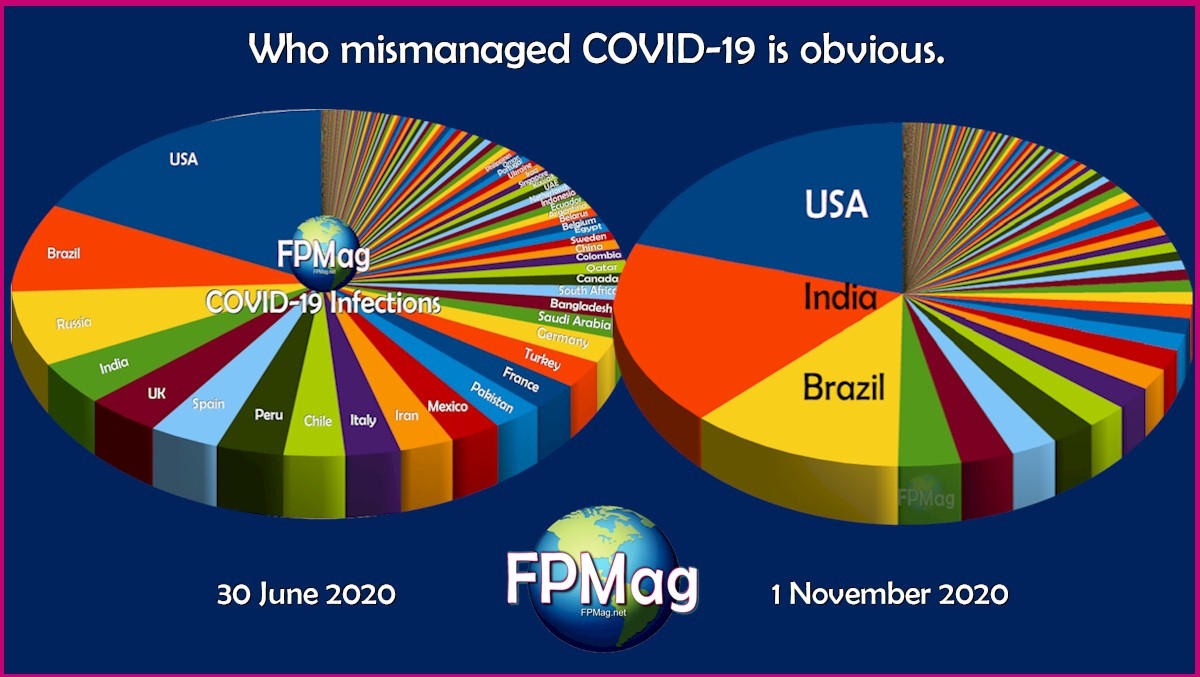 The gruesome legacy of Donald Trump’s Presidency: a million excess deaths by April 2021.

One million deaths by end of March 2021 in the United States Unless USA population adheres to mitigation behaviours. Based on Actual Excess deaths. 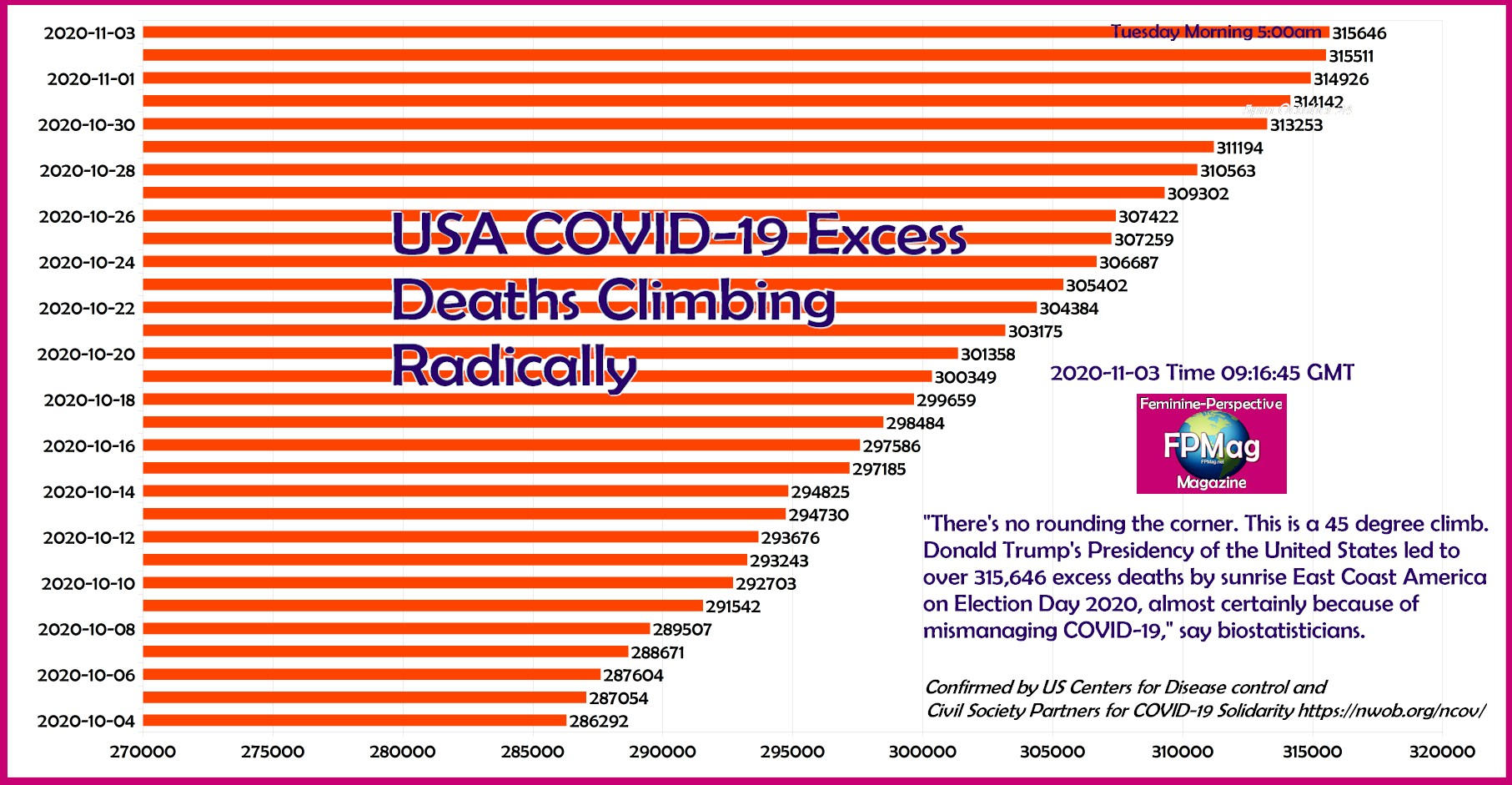