The spirit of the Rojava Project has given rise to the rebuilding of Kobane and a return to self-governing principles based on true global values including gender-equality and human development, led partly from Qamishli, Rojava. It should be a beacon of hope to the world. The Rojava Project must proceed and that means all actors in the region must remove their impediments. A peace across five lands is possible if Rojava Succeeds.

That means that Turkey must leave Syria once it is affirmed that no further threat to the security of its people remain. That time appears to be now plus or minus the time it takes to remove illegal weapons stashes from the border region.

America’s lies deceive. The USA is nobody’s friend in the Middle East

The so-called Kurds that the United States is allied to are the antithesis to the spirit of the Syrian Kurdish Rojava project. They also do not represent the will of the populations in the region which say they “only want peaceful coexistence with all factions”.

America has done nothing for the Kurds except to arm them against ISIS and Turkey and help send 11,000 PKK / YPG fighters to their deaths.

Seventeen Americans at the same time, lost their lives.

It is called surrogate warfare and it enables the US military-industrial complex, in complicity with the Pentagon, to wage expensive wars over which there is no accountability to the American people. From these unlawful activities there are sizeable cash dividends for the backers who only want to sell weapons and have no concern nor feeling about the lives their actions cost.

The two great lies fed to the American people:
“It’s for the troops.”
“We must stop the terrorists.”

With or without American and British involvement, the PKK / YPG had no choice but to fight the Islamic State from the time in 2014 when ISIS invaded Kobane and other areas of the Rojava project.

Consequently it is not correct in any manner to imply that the US caused the deaths of 11,000 PKK / YPG..

Probably the US, by arming the PKK / YPG terrorist groups, saved thousands of their lives because they would have been fighting ISIS for their very existence in any case.

Just like ISIS, the Marxist Leninist communists group, PKK has been designated as a terrorist organization by Turkey the United States, 28 European countries, and Japan.

The PKK / YPG are communists of the worst kind. That is because they are armed to the teeth and storm government and civilian apparatus in order to make their will be known.

That is true despite the lies coming from the American media like CNN, Fox News and from various US politicians and diplomats seeking to whitewash America’s participation in wars using terrorists as surrogates in order to carry out aggression with impunity.

The Americans and their media are so destructively embroiled in parochial politics, set against each other by Russian meddling in their democratic processes, that they use mistruths to clobber each other and fail to tell the truth when truth favours their opponent’s view.

The PKK / YPG acronyms for the USA’s surrogate fighters in Syria and elsewhere are synonymous and in a de facto sense, interchangeable. 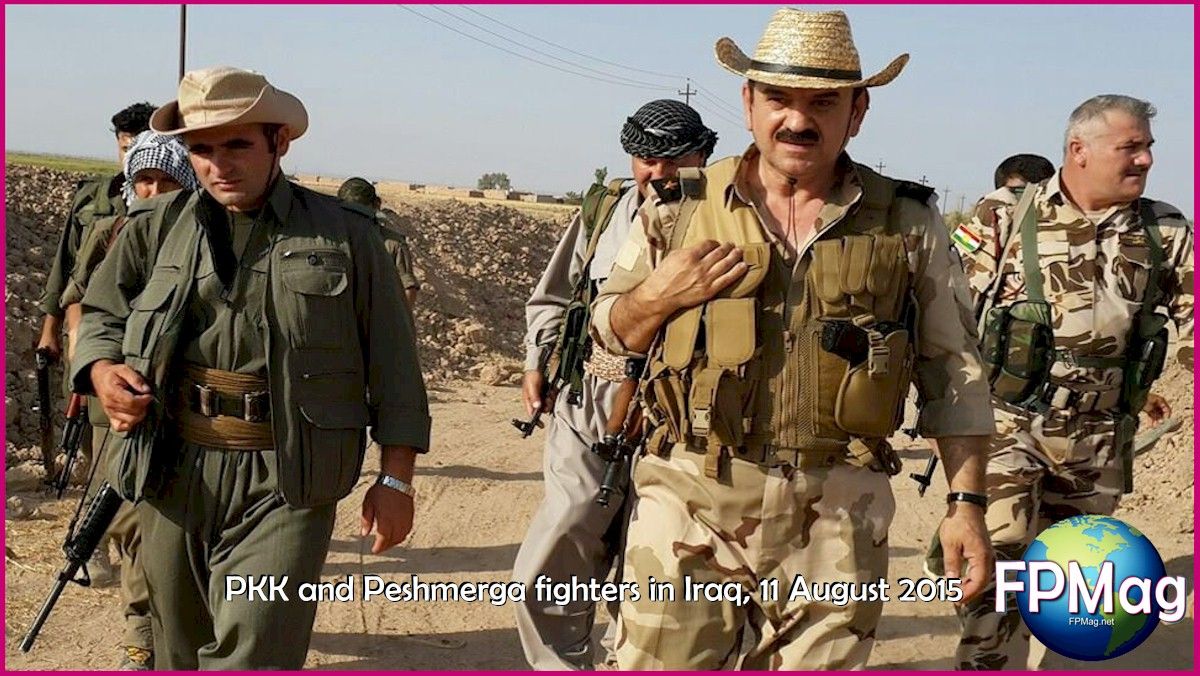 The Rojava Project needs to be disarmed and proceed on a peaceful basis under protection of all sides by political agreement.

The Rojava project is a community-based, self-governing, grass-roots coalition of ordinary civilians including Christians, Arabs, Turkmen and the indigenous Kurdish tribes. Their project should stretch from the Iraqi/Syrian border east of Qamishli to roughly around Afrin. It includes governerances of Afrin, Deir EzZor, Euphrates, Jazira, Manbij, Raqqa, and Tabqa, together, formerly known as the autonomous region of the Democratic Federation of Northern Syria.

The project must isolate itself completely from the PKK and end their methodology copied from that terrorist group.

Otherwise neither the Syrian government nor the government of Turkey will be placated sufficiently to allow the Rojava project to move forward in any significant way.

Turkey must stop its inhumane act of throttling water supply along the Euphrates river. Beyond a doubt this is the most radical and clearly criminal action in the region. It gets little to no attention at all despite taking high numbers of human lives. Whoever the bureaucratic climber was who decided to try and please President Erdogan with this idea, they need to reverse what they have done and return the water flow to 2008 levels. If not, they will be welcome in the Hague as violators of the Rome Statute and other international laws. Turkey loses any color of right for its Peace Spring initiative with these reprehensible actions.

Bringing Peace to Syria may start with the Rojava Project

The hardship imposed on the people of Syria throughout the country is on the heads of a small number of male leaders of governments that are completely based on a kleptocratic society wherein very few people own most of the wealth of their countries. Those men need to want to fix these problems before they are compelled to face riots in the streets becoming lynch mobs.

The cost of Kleptocratic Authoritarianism will be high

Returning to global values including gender-equality and human development needs to become every government’s interest and function. How many countries would like to see the wrath of their populations manifested as they have been in Hong Kong?

Once populations are put into a situation of “nothing to lose“ the uprisings will overwhelm kleptocratic authoritarian regimes. Those countries who should be on notice likely know their category.

In the case of the Rojava project, the world must soon learn what America, Saudi Arabia, Turkey, Syria, Britain and others have done to these people and then compel compensation.

It would be better for the parties to help the reconstitution of the Rojava project.

The article " The Rojava Project must proceed. [Opinion – Rojava] " was written by Author: Behar Abbasi (Biography, Email) Staff writer and FPMag correspondent for Yemen, Syria and Iraq. She is also a Registered Surgical Nurse.
Contact Behar Abbasi on Twitter ~ Facebook