When a population decides it is betrayed by government but can’t vote for change.

The media, the leaders, some government officials, are calling them “pro-democracy protesters“. That label should give the world pause. Isn’t that their right?

What is it that the students see that makes them hopeless about Hong Kong’s future?

Studying scholarly papers and public documentaries on the evolution of Xi Jinping’s government is instructive. (Watch the video below for more information.)

Using China’s Marxist-Leninist doctrine as a keystone for ridding the country of corruption, Xi Jinping removed liberalized thinkers and democrats from the structures of power right across the country. Some estimates suggest as many as a million persons were purged from China’s bureaucracy and body politic because they did not match Xi Jinping’s ideology.

This totalitarianism is seen, according to Mary, best by university students in Hong Kong “because we are totally immersed as existentialists in a study of our future within the Xi Jinping regime; and it terrifies us.”

“China remained a single-party nation after the demise of Mao Zedong governance,” she pointed out, “but the \ establishment of term-in-office limits on the presidency prevented another dictatorship. Last year Xi Jinping ended that law.”

“Xi is now the life-long President of China,” she added.

Doesn’t that mean that the China government no longer serves the people but serves its own interests? Would that not also mean that the Xi government is more corrupt than the corruption it said it was attacking and removing because all it did was remove its competition and reinforce its abilities for totalitarianism? Who protects the people from a corrupt government when the people cannot change out their government?

“Xi is the essence of totalitarianism and the loss of hope for any shred of democracy in Hong Kong as part of China. That threatens the one country two systems promise for Hong Kong. It is also likely to spell an economic downturn and massive unrest among the colossal middle class of China,” says the obviously intelligent student holed up in a Hong Kong university.

And Xi looked to Hong Kong and Wrinkled his nose.

When asked if this is what all the few remaining students (after midnight 20 November local time) holed up in the Hong Kong University feel, Mary said that not only the students but the “grey power” of the students’ parents, family and friends are feeling the same way and have taken to the streets in protest against the Beijing government and to announce their support of the students.

Perhaps the world needs to realize that these are very intelligent young people who see no hope for their future under the present circumstances. How can the world help them? 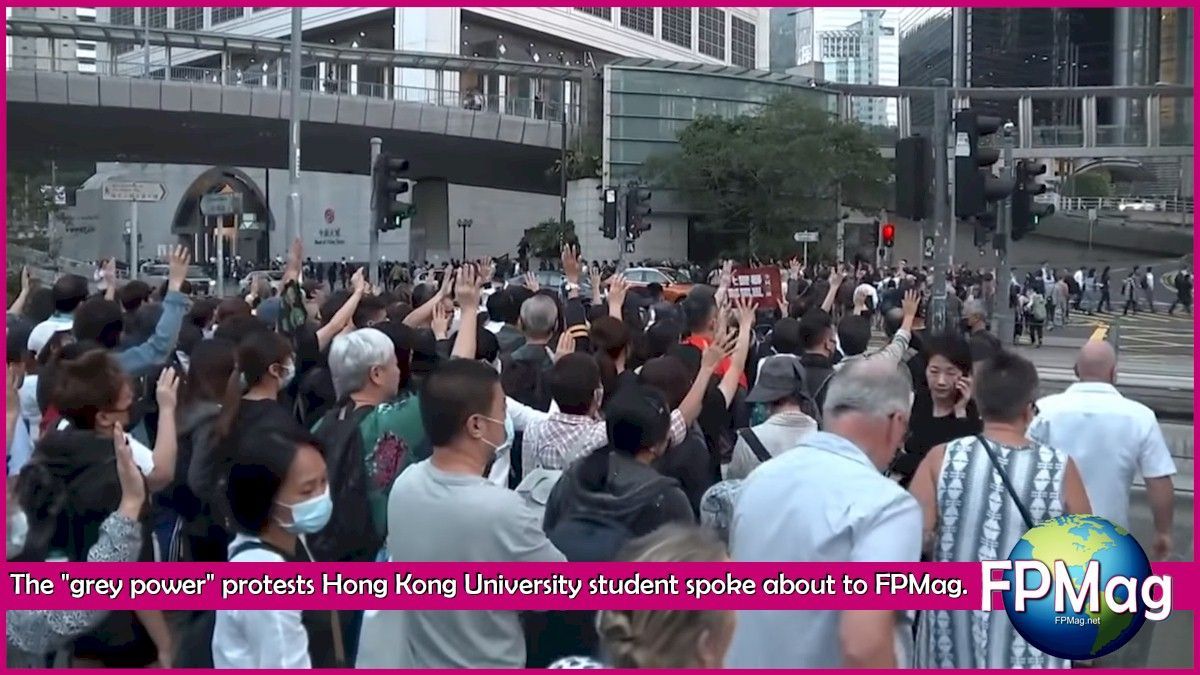 Shouldn’t a communist government be deriving its power from the people, not from the apparatus of government the people have paid for, used as devices against the people?

“The government of Xi Jinping has overstepped too many boundaries, and Lam [Carrie Lam Cheng Yuet-ngor], the Chief Executive Administrator of Hong Kong has failed to see the point of view of Hong Kong’s people,” said Mary. “so she is not one of us HK’ers,” she added.

The students have valid concerns about Beijing’s Authoritarian Rule. Here is an example FPMag fact-checked.

“The Legislative Affairs Commission of the Standing Committee of the National People’s Congress expressed deep concern over the Hong Kong’s High Court ruling related to the Emergency Regulations Ordinance,” which bans protesting HK’ers from wearing facemasks, says a report carried by the official state-run press agency of the People’s Republic of China on Tuesday.

The Hong Kong Court last week overturned a law imposed by the Hong Kong administration banning any kind of face masks during any protest. China said the Court doesn’t have the power to do that.

Leaderless student protestors in the minority have resorted to violent means, and area denial tactics against Hong Kong.

The city of Hong Kong seems to be shutdown for normal day-to-day business, on a weekday. This is according to literally dozens of news reports. But the students inside the besieged University of Hong Kong for the best part of a week may not be aware of the extent of disruption the city is facing.

Police across the city are in a frantic “Keystone Cops”, mode of chasing students who have precariously fled the University campus by scaling walls and rappelling bridges. Many students have turned themselves over to police and are now facing up to ten years in prison because Beijing has apparently instructed Carrie Lam’s administration to treat the event as a “riot”.

Protestors have been threatened with live round fire from police authorities allegedly as a result of some persons throwing molotov cocktails at an armoured police vehicle that tried to ram the kids. And kids they are. Many of the protestors are children under 18.

According to one of the parents of two students at the Hong Kong University, the city has been shut down in many areas to vehicular traffic. 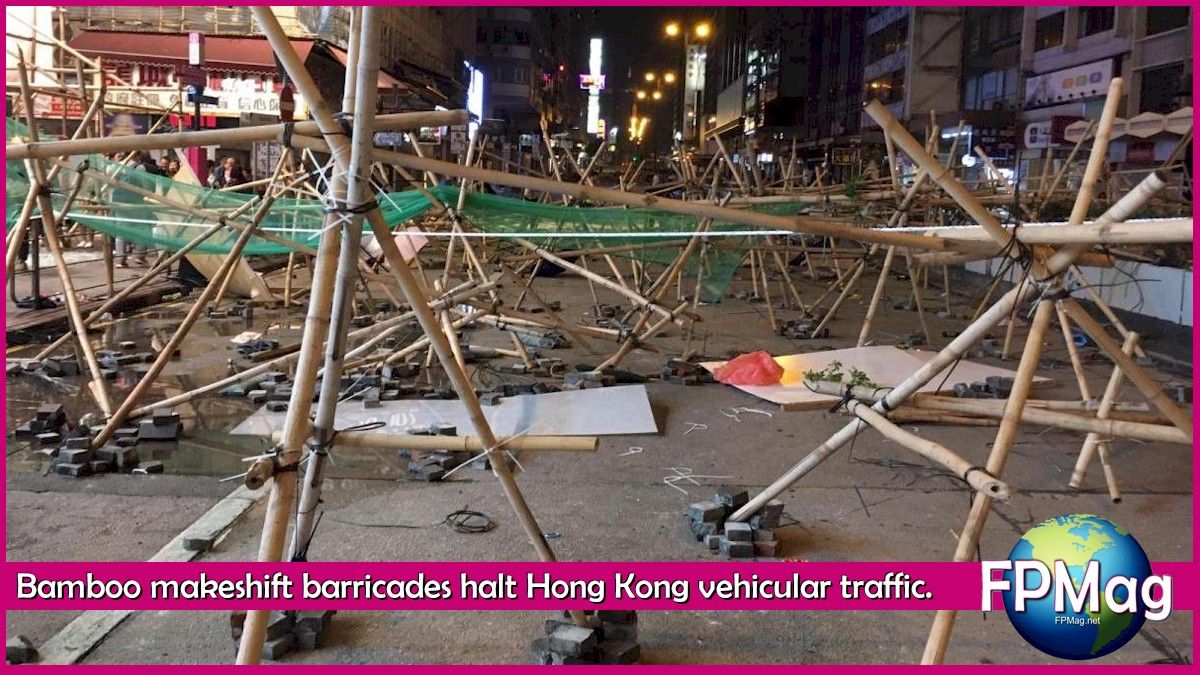 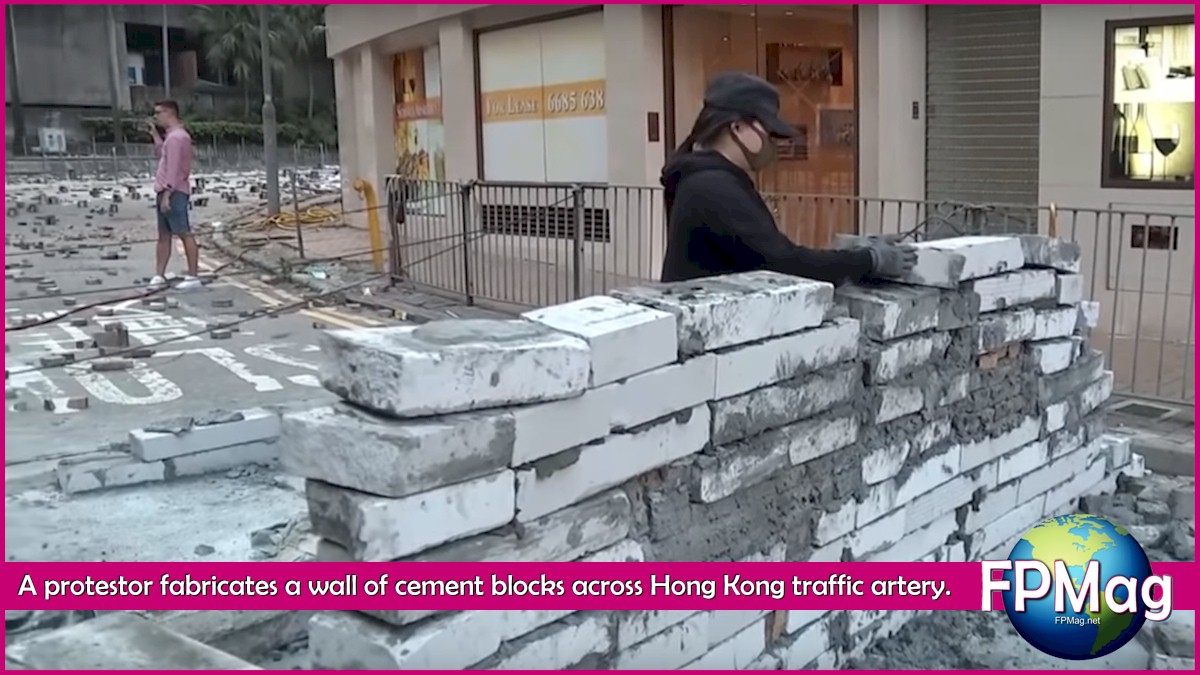 What are humanitarians saying?

When asked about what advice was offered by RINJ Women in Hong Kong, Katie Alsop of the RINJ Foundation, a global women’s group with many members in Hong Kong, said that hers and other family-oriented humanitarian groups had been urging all vulnerable persons who have dual citizenship and even homes in other countries, to leave Hong Kong to assure their personal security and family safety.

“Those who cannot leave the area,” she said, “should stay indoors as much as possible and pool among neighbours the trips to the stores for groceries and medicine. We worry about the massive Chinese Army building up and surrounding Hong Kong. If it moves into Hong Kong, there could be another massacre like Tiananmen Square.”

The assertions made earlier about Xi Jinping’s extreme power and impunity are supported in many scholarly studies and documentaries. Here is a documentary by the US Public Broadcast System. It compiles data from over 70 on-camera interviews