An extremist political party in Spain told organizers Monday during the United Nations’ International Day for the Elimination of Violence against Women, to “stuff it“.

A women’s private security group spokesperson says that, “Javier Ortega Smith has been on a watch list since his populist cult began a social media campaign to seize power in Spain under the Trumpism mantra of “MSGA—Make Spain Great Again”. 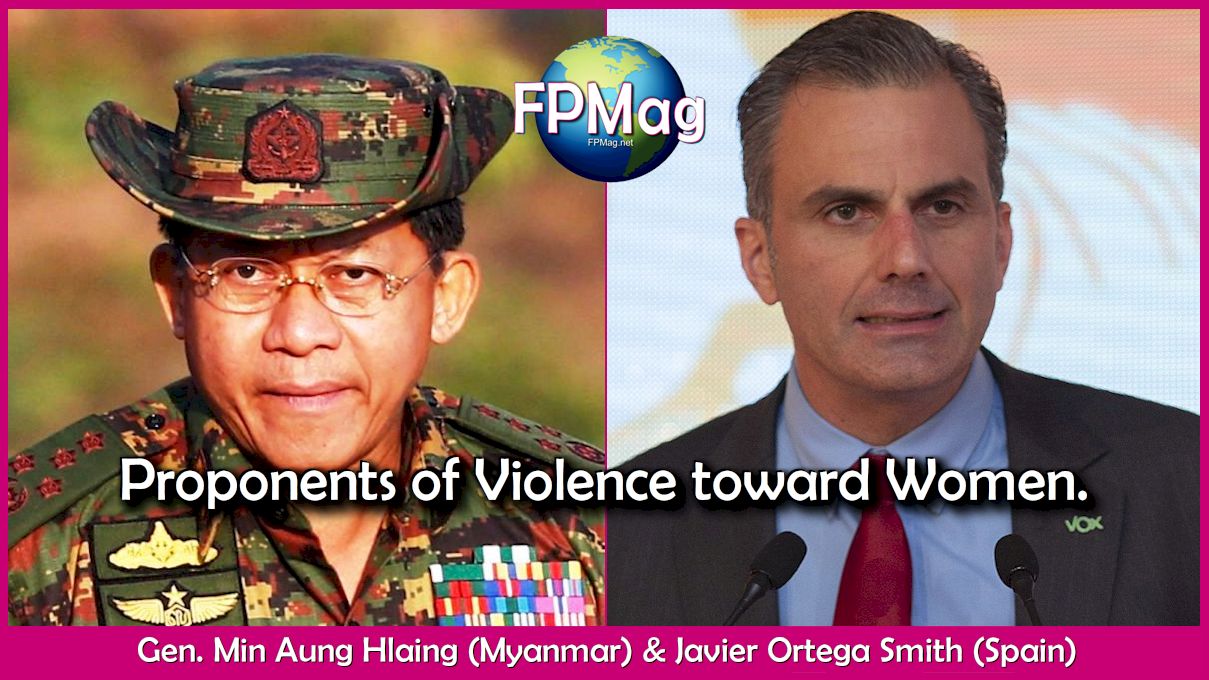 Radical right-wing extremist from the so-called “VOX Party” (52 seats and the third-largest political party in Spain), Javier Ortega Smith (Secretary-General of VOX), Member of Parliament and also a Counsellor of Madrid City, said a proposed declaration against Gender-Based Violence could not be supported by the 52-MP group of parliamentarians because, “there are also men who suffer violence from women and are killed by their wives”.

The pro-GBV extremist also said he wants a piece of older legislation passed years ago against violence toward women, by the Spanish Parliament, revoked in its entirety.

“Violence toward women is most often of a sexual nature. It is always about power and control,” says the CEO of The RINJ Foundation, a global civil society women’s group.

“Studies done in Asia in 2012 indicate that when men say they cannot oppose Female-Gender Based Violence (GBV), it is most often, say 80% of the respondents, because they are one of the high percentile of men who have raped, and hence feel awkwardness toward the subject,” the global CEO added.

In her paper, Resisting a Rape Culture Dr. Patricia Rozee of California State University, Long Beach, says that,  “Nowhere is the intersection of sex and power more evident than in the crime of rape.”

“The sex-power relationship, Dr. Rozee continues,  “is the defining element of rape because men gain power over women by controlling and violating them sexually.”

“Researchers know rape as a gendered crime, that is, a crime against women that is perpetrated by men. Most rape victims are female, a small percentage of about 2% are male, but virtually all rapists are male. Victim characteristics do not seem to predict whether a woman will be raped or not. Factors such as how she dresses, whether or not she acts “provocatively”, whether she is at home or on the street, sexually active or not, are not related to becoming a rape victim. It appears that the best predictor of whether or not one will be raped is gender—being female!” — Resisting a Rape Culture Dr. Patricia Rozee

Is indifference to Violence against Women growing or is it just better known?

“Yes, indifference to violence against women is a global epidemic,” says Michele Francis of the global women’s group RINJ when reached for a phone interview in Venezuela. She referred to several serious crimes still under investigation around the world including Female Child Soldiers in Syria, the thousands of imprisoned, raped, and forced slavery of Yezidi girls in Iraq and Syria’; the 80,000 rape-babies of the Rohingya; the Islamic State slaughter of women; the rape of women in South Sudan; rape of women and children by UN Peacekeepers and more.

According to Paula Tavares who co-wrote with Quentin Wodon a paper on regional trends in violence toward women, “Violence against women and girls is one of the most
extreme forms of gender inequality and widely  considered as a violation of human rights.”

“It is a global epidemic,” she adds, “that endangers the life trajectories of women and girls in multiple ways, with a wide range of negative consequences not only for them, but also for their  children, families, and communities.” Read: Ending Violence Against Women and Girls GBV Laws.

“The Case of the Rohingya Women in Myanmar and Bangladesh is a stark example of indifference to extreme violence toward women, ” says Expert.

Katie Alsop, a director of the RINJ group is currently in Europe. She points out the extreme violence the world has ignored against the stateless Indo-Aryan ethnic group known as the Rohingya who follow Islam and are currently displaced from their home in Rakhine State, Myanmar in the hundreds of thousands.

“Roughly one million Rohingya were forced by the Myanmar military from their homes to live in muddy camps on Bengal Bay in Bangladesh on the other side of the Myanmar border, a distance from their home,” says Director Alsop. “They did this by using extreme violence including raping or killing boys, girls, women and men.”

“The Myanmar soldiers raped as many boys and men as they killed or beat,” she continued. “There are destroyed villages and towns plus mass burials all over the Kachin, Rakhine and Shan states in Myanmar.”

“The genocidal crime is under various investigations, which seem to be spinning their wheels and going nowhere. Some 80,000 Rohingya women delivered rape-babies. Hundreds of thousands of women, children and men were raped by the savage Myanmar soldiers. No matter how much we try, for example, the global public is unwilling to financially support the medical treatment of these women who suffer an HIV/HBV crisis; need medical help for their babies; and generally live in squalor in three makeshift refugee camps in Bangladesh that the Bangladesh government does not want, says the RINJ Director.”

How bad is the global tolerance for violence toward women in the 21st century at a time when population growth is ending?

“There are fewer women than men on the planet. Many millions of men in China and India will not find partners because there simply are not enough women in their countries. Together that represents almost a quarter billion men will not find female partners,” notes Katie Alsop.

“Women are moving from rural to urban areas,” she adds,  “becoming better educated; taking jobs in positions of community influence; and not having more than 1.3 babies per female under those urban circumstances. The world doesn’t need a population expansion hence women’s value as agents of species propagation has diminished.”

“On top of that,” says Michele Francis in Venezuela, “as more women replace more men in key jobs, the resentment against women is growing. At some point, male dominance and cultural-misogyny claims to superiority over women will be challenged.”

“Some men fear that is happening now,” added Michele Francis in Venezuela.

“Hundreds of thousands of ethnic Rohingya who remain in Myanmar may face a greater threat of genocide than ever, amid Government attempts to “erase their identity and remove them from the country”, UN-appointed independent investigators said last month. (Read: Sexual-gender-based-violence-Myanmar-gendered-impact-of-ethnic-conflicts)