Women have slammed the United Kingdom’s Boris Johnson for “defying an order by the United Nations to return control of their home, an island nation of Mauritius.”

The feminists who campaign for global nuclear disarmament say on their RINJ Women web site that, “The UN had given the U.K. six months to return sovereignty of the Chagos Islands back to Mauritius and the native Chagossians. Britain’s Boris Johnson says he is King as is Donald Trump and can do as they wish. He says he will keep the African Archipelago and continue to stock this African Nuclear-Free-Zone with nukes.” 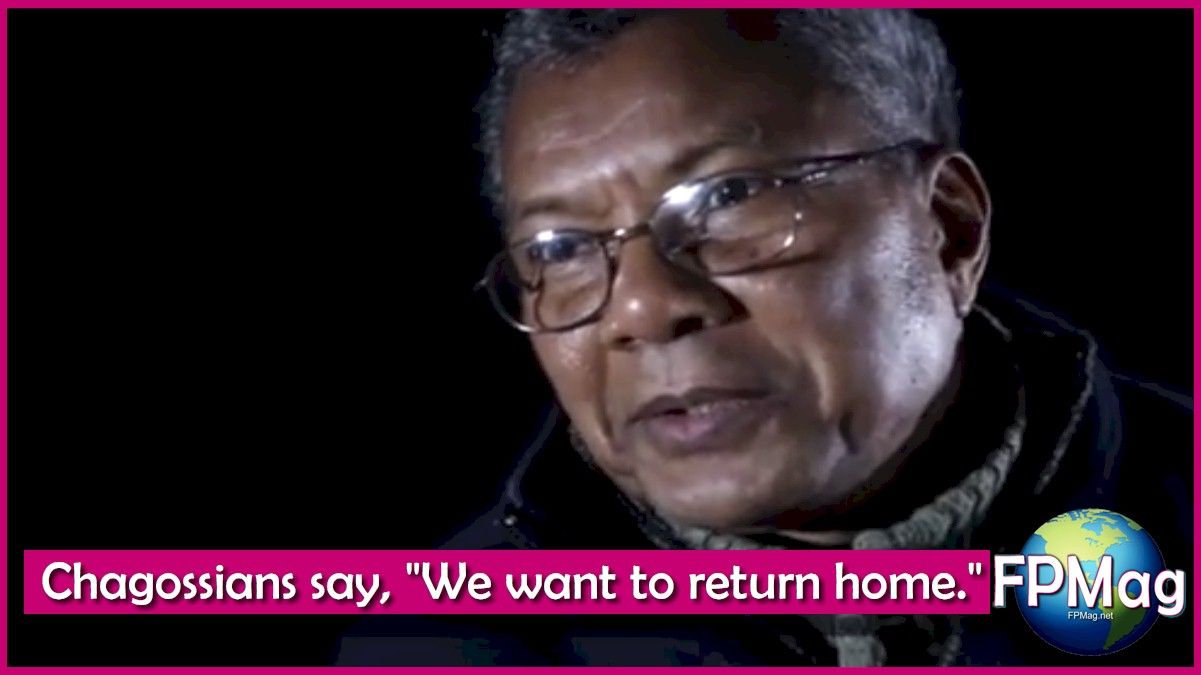 “My life is not normal because of the everyday stress…”

On their web site, RINJ Women have announced yet another global boycott, but this time it is against an entire country: The United Kingdom.

FPMag confronted the women on the question of awareness. Does anyone in the world anywhere know or care about what you are talking about?

Karinna Angeles who is also working on the “Boycott Made-In-England” project with RINJ director Katie Alsop responded saying, ‘We must try and raise awareness. If this can happen to the Chagossians it can happen to anyone. It’s about men running governments for themselves and not for the people. They are constantly fighting with other men who run their own countries without their population having any truthful information about what they are doing. This must be exposed as well. At some point, governments must return to doing the will of the people instead of just playing the games of the ruling class and hurting the people.” 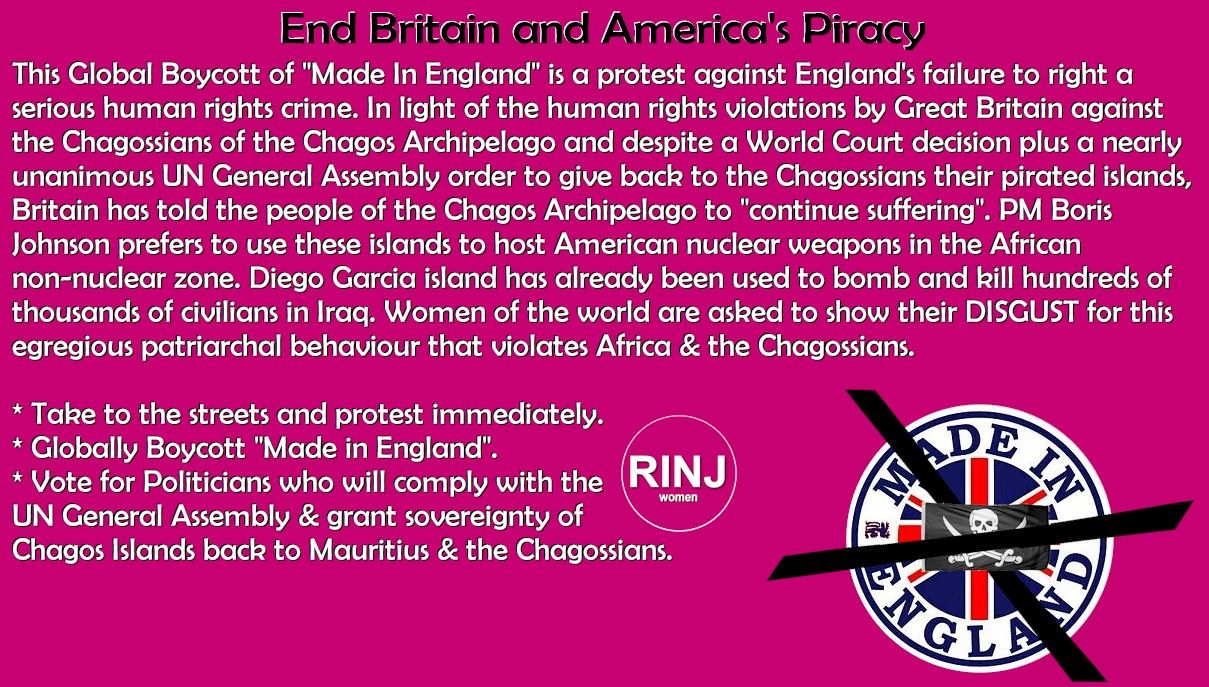 The image and its story: Women have slammed Boris Johnson’s defiance of the United Nations order to rectify a severe human rights crime. The UN and the World Court have demanded that the United Kingdom return sovereignty to the Chagossians, the African archipelago it stole from Mauritius in order to install an American/British nuclear missile base in the midst of the African non-nuclear zone.

A global civil society group is backing the Chagossian women and children survivors in their wish to return home, and seeking a global boycott of “Made-in-England” goods. The groups are urging British voters to select politicians in favour of righting an egregious crime against humanity.

“The deadline has now passed, and action must be taken by people of the world, says a feminist leader of the global boycott.

“Africans are furious their rights are abused by Britain and the United States which are using the islands for nuclear weapons in the African nuclear-free zone. Meanwhile the Chagossians continue to suffer from the brutality of being forcibly removed from their homes,” claims Katie Alsop, a director of The RINJ Foundation, a global civil society women’s rights group.

“Do people realize that the Brits and the Americans rounded up all the pets of the islanders and slaughtered them saying to the distraught women and children, ‘You are next if you do not leave'”?

“This Global Boycott of anything “Made In England”, says Katie Alsop, “is a protest against England’s failure to right a serious human rights crime.” 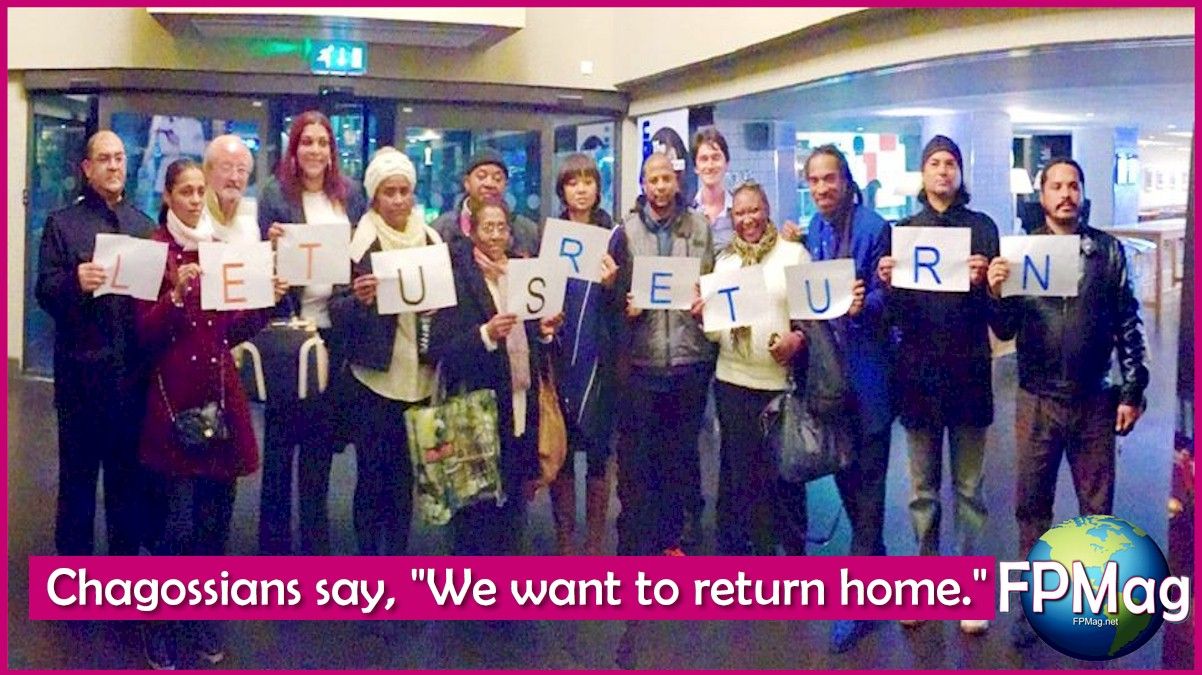 “In light of the human rights violations by Great Britain,” she adds, “against the Chagossians of the Chagos Archipelago; and despite a World Court decision plus a nearly unanimous UN General Assembly order to give back to the Chagossians their pirated islands, Britain has told the people of the Chagos Archipelago to “continue suffering” and that the Boris Johnson government is above the global communities will and not bound by the international rule of common law.

“UK PM Boris Johnson prefers to use these islands to host American nuclear missiles in the African non-nuclear zone. Diego Garcia island has already been used to bomb and kill hundreds of thousands of civilians in Iraq. Women of the world are asked to show their DISGUST for this egregious patriarchal behaviour that violates Africa & the Chagossians.”

Women’s Group with Chagossians are asking women around the world to:

* Take to the streets and protest immediately.
* Globally Boycott “Made in England”.
* Vote for Politicians who will comply with the UN General Assembly & grant sovereignty of Chagos Islands back to Mauritius & the Chagossians.

The article " Global Boycott of ‘Made in England’ is on UK crime against Chagossians " was written by Author: Melissa Hemingway (Biography, Email) Senior Staff Writer and Associate Editor at Large
Contact Melissa Hemingway on Twitter ~ Facebook ~ Find on YouTube