“I do not want those borders open,” Ontario, Canada Premier Doug Ford said last week about the Canada USA border.

Donald Trump had pushed back in April but Ford’s response was, “The answer is absolutely not, I don’t want them (US citizens ) in Ontario.”

Meanwhile Trump is pouring money into costs at his hotels but has no guests and no income. His son says, “it’s a disaster”. Trump believes he must lift the stay-at-home orders across the country even if that means a call-to-arms to the armed cults of white-power lunatics. Hi did that.

Trump must get his waning supporters to book rooms at Trump Towers. If he loses the election, which may now happen, he doesn’t want to lose his already failing businesses.

So get back to work, mask or no mask, pandemic or no pandemic, sick or healthy, dying but not yet dead, go. But the death rate is high. And the numbers he knows will grow. But the hotel guests are needed or Trump loses everything.

Donald Trump is “Unfit, unwell and unacceptable” say many Republicans, his own political Party. Watch their video.

There is mourning in America. The Lincoln Project, a group of Republicans opposed to Trump’s incompetence.

The United States has a rapidly spreading and growing deadly respiratory illness epidemic  named COVID-19 by the World Health Organization (WHO).  The American response has been inconsistent, incompetent, highly politicized and both erratic and lacking any empathy toward the American people or those they will infect around the world as time unfolds.

Trump has been using the office of the US President to destroy officials in Washington DC who do not express adulation for him.

Many Republicans say they are seething still over the Trump dismissal Lt. Col. Alexander Vindman, a distinguished career officer in the US military, a whistle blower who was subpoenaed and compelled to testify before an impeachment committee of the US Congress, a body of elected American officials representing each state in the federal government architecture.

Trump has militarily encroached four countries: DPRK, Iran, Russia and China. Each has indicated contemplation of a military or diplomatic response.

Beginning the year with a mass murder of Iranian officials in Baghdad on 3 January, the United States has continued to attack other nations by entering their defence identification zones with low-yield nuclear missiles intended as a first strike weapon; intimidating DPRK, Russian and Chinese vessels by entering DPRK, Russian and Chinese territorial waters trying to provoke an engagement; and by uttering jingoistic threats of military action against Venezuela, Iran, North Korea, China and Russia coming from the Secretary of Defence and the Secretary of State, neither of whom are generally considered to be competent in their jobs by global observers.

Concomitantly the Trump Administration has blocked UN attempts to create a global ceasefire which Antonio Guterres pushed for to allow all nations to  address the human-threat of COVID-19.

Donald Trump has abused the United States’ veto on the UN Security Council to block a UN Resolution for a global ceasefire agreed to by over 50 countries which negotiated the package over the past 60 days to allow all nations to focus on defending against the COVID-19 disease and the SARS-CoV-2 Virus.

Trump refuses to follow America’s guidelines on social distancing and mask-wearing. He may be infected. The tests that he takes don’t fully work.

Donald Trump tried to hoax California into buying millions of pills of a “snake-oil” remedy for COVID-19 and has told Americans to ingest disinfectant.

Watch the above video to hear Donald Trump has suggest to Americans that they could “ingest disinfectant” and shine ultraviolet lights inside themselves to fight the COVID-19 virus.

The outcome was so bad that hundreds of poison control hotlines got emergency calls and so bad that several companies that manufacture disinfectants like Lysol and Dettol felt compelled to spend money to tell their customers must not ingest their products.

Note: Users of disinfectants should respect the product usage instructions that accompany the products. These products usually can have fatal outcomes if ingested. Always assume a life-threatening outcome. Immediately follow local poison-control emergency procedures if a person has ingested these materials. 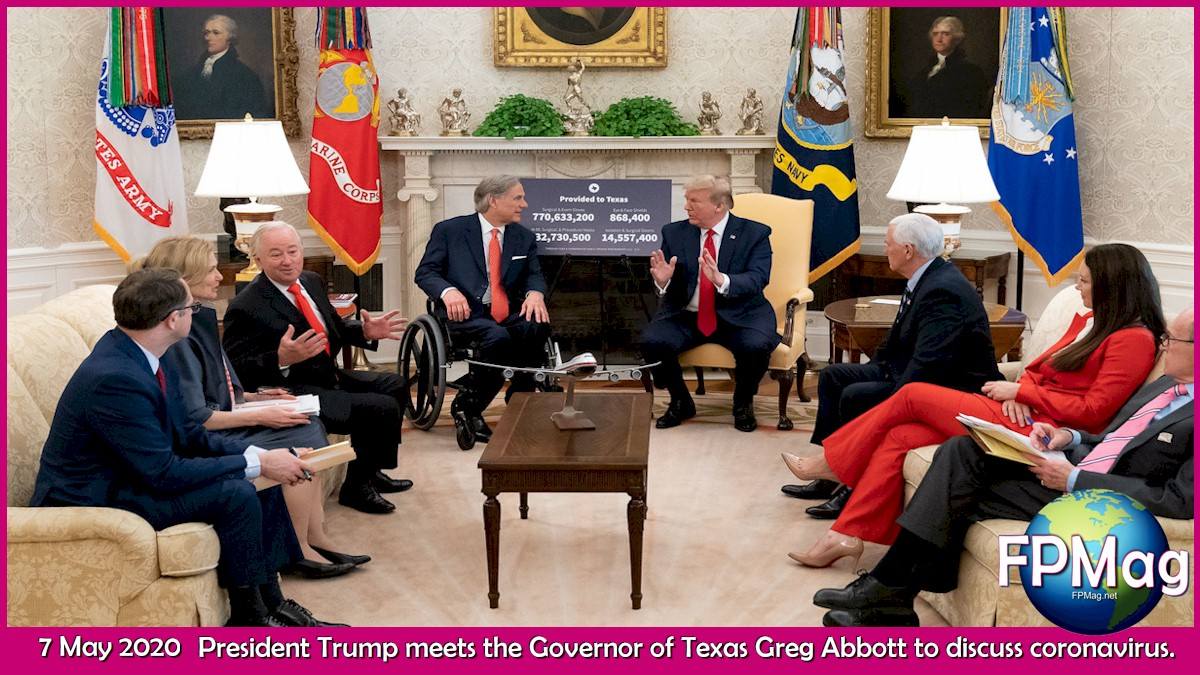 Dr. Seema Yasmin a former disease specialist at CDC told CNN that she felt the “entire White House staff should be self-quarantined, working from home.”

Former Vice-President Al Gore says what Trump has been doing “is unfathomable to me”.

“Not only is Trump a failed President but he has also failed on this crisis,” said former Vice President Al Gore. “With two too three thousand deaths daily this is a 9-11 crisis every day and Trump seems to think it will just magically go away,” said Mr. Gore in a televised CNN Town Hall wherein Americans were able to pose questions to guests. 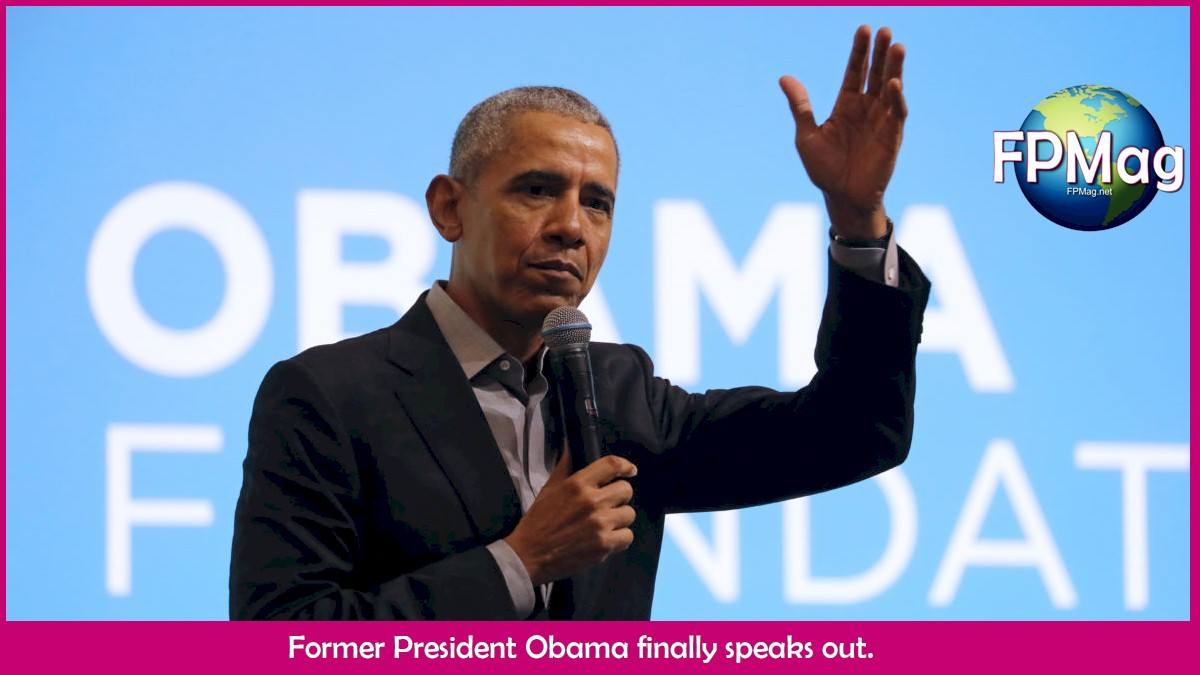 Former US President Obama delivers a blistering attack against Trump to 3000 of his closest friends.

“What we’re fighting against is these long-term trends in which being selfish, being tribal, being divided, and seeing others as an enemy – that has become a stronger impulse in American life,” Obama said.

Trump has disappeared America from global institutions like the World Health Organization and has begun incipient wars with 4 countries. He now wants to be a “war-time President”.

Donald Trump has also accused the World Health Organization (WHO) of understating the epidemic that broke out in Hubei Province in China which he said it did for six days in January 2020.

The United States’ President Trump has accused China of deliberately, for purposes unstated, despite its alleged ability to prevent the illness, allowing the SARS-CoV-2 virus to proliferate in China.

Donald Trump’s racism has become so bad and has influenced so many Americans in a negative manner that the UN Secretary General found it necessary to issue a statement.

“We must act now to strengthen the immunity of our societies against the virus of hate.  That’s why I’m appealing today for an all-out effort to end hate speech globally,” said UN Secretary-General António Guterres in an address to the world.

“I call on political leaders to show solidarity with all members of their societies and build and reinforce social cohesion,” he added.

“I call on the media, especially social media companies, to do much more to flag and, in line with international human rights law, remove racist, misogynist and other harmful content.

“I call on civil society to strengthen outreach to vulnerable people, and religious actors to serve as models of mutual respect.

“And I ask everyone, everywhere, to stand up against hate, treat each other with dignity and take every opportunity to spread kindness,” said the UN Secretary-General António Guterres. The full statement can be read here.